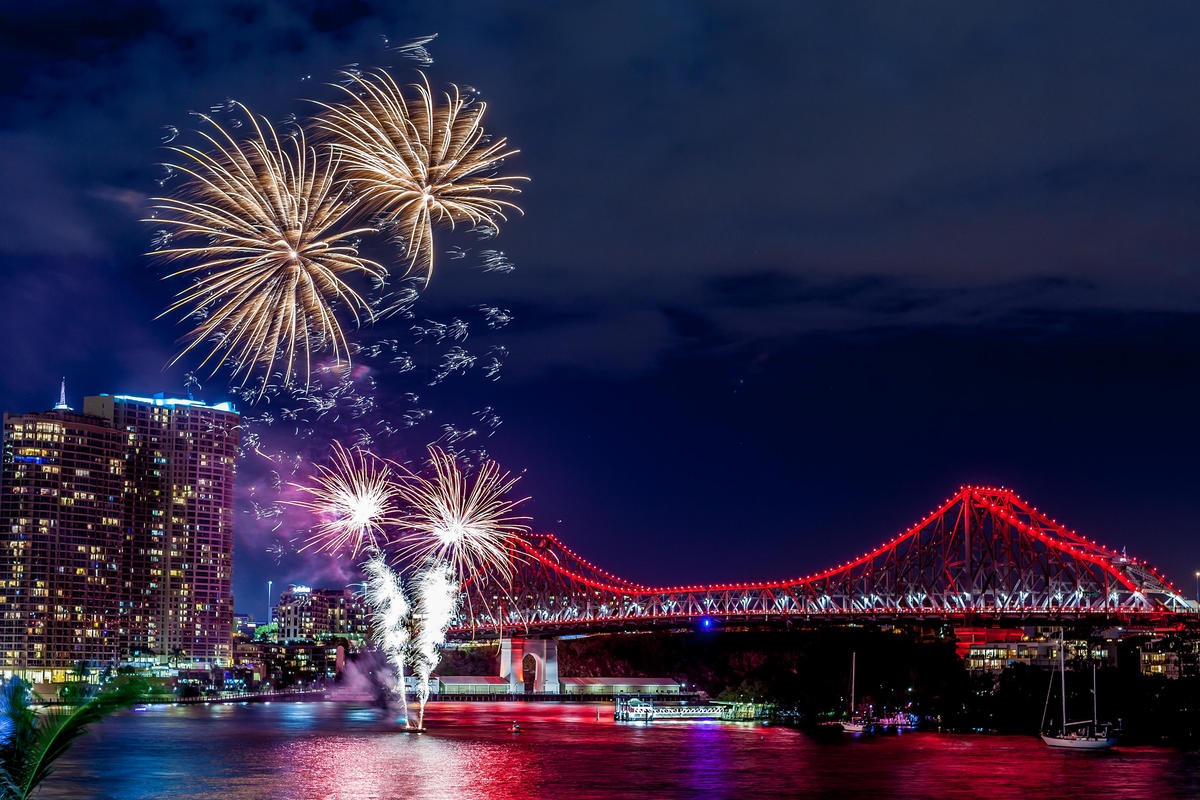 Queensland holidays not just centered around Brisbane and celebrations across the state attract thousands of visitors from national and international destinations. Cultural, historical and sporting events dominate the calendar with standouts being the Royal Queensland Exhibition, commonly called the Ekka, in August and Brisbane’s Riverfire Festival a month later.

The Woodford Folk Festival takes place for six days between December and January, including New Year’s Eve, and incorporates a range of events. More than 580 performances make this one of the largest festivals in the country, putting the small rural town of Woodford on the map and the place for locals to go.

Only added in recent years, the Brisbane International is a tennis tournament that gets bigger and more prominent every year. It is one of the events leading up to the Australian Open in Melbourne in January.

Head to the Wide Bay region in July for a spectacular air show. The festival is found in the city of Bundaberg, and sees a range of aeronautic maneuvers performed by a series of different aircraft. This event is one of Central Queensland’s most outstanding events, so visitors have to book in advance for tickets and accommodations.

The Noosa Jazz Festival is one of Australia’s most popular music festivals and runs from the end of August to the beginning of September. Held in Noosa Heads, this renowned event lures the most talented local and international jazz musicians to showcase their skills with the brass.

Every August, the agricultural industry of Queensland comes alive for a 10-day event known as the Ekka. This festival celebrates the thriving rural sector amidst the hustle and bustle of Brisbane. A massive carnival takes place and rides and entertainers create a lively atmosphere.

In August each year, Cairns celebrates its city festival which has developed into the largest event in north Queensland. Events are held throughout the city along the Esplanade where music, arts, crafts, and performances can be found for two weeks.

At the end of September as a run up to the Brisbane Festival, the river and CBD of Brisbane light up the sky. A parade of boats lines the water boasting illustrious decorations where thousands gather to see the spectacle. A huge fireworks display is held at the end of the night, making it the perfect evening for a family or couple.

The stunning city of Toowoomba becomes even more beautiful with the coming of spring. Between the 21st and 30th of September, the city hosts the Carnival of Flowers. Parks, gardens, and private residences put on a splendid show of gardening to awe spectators.