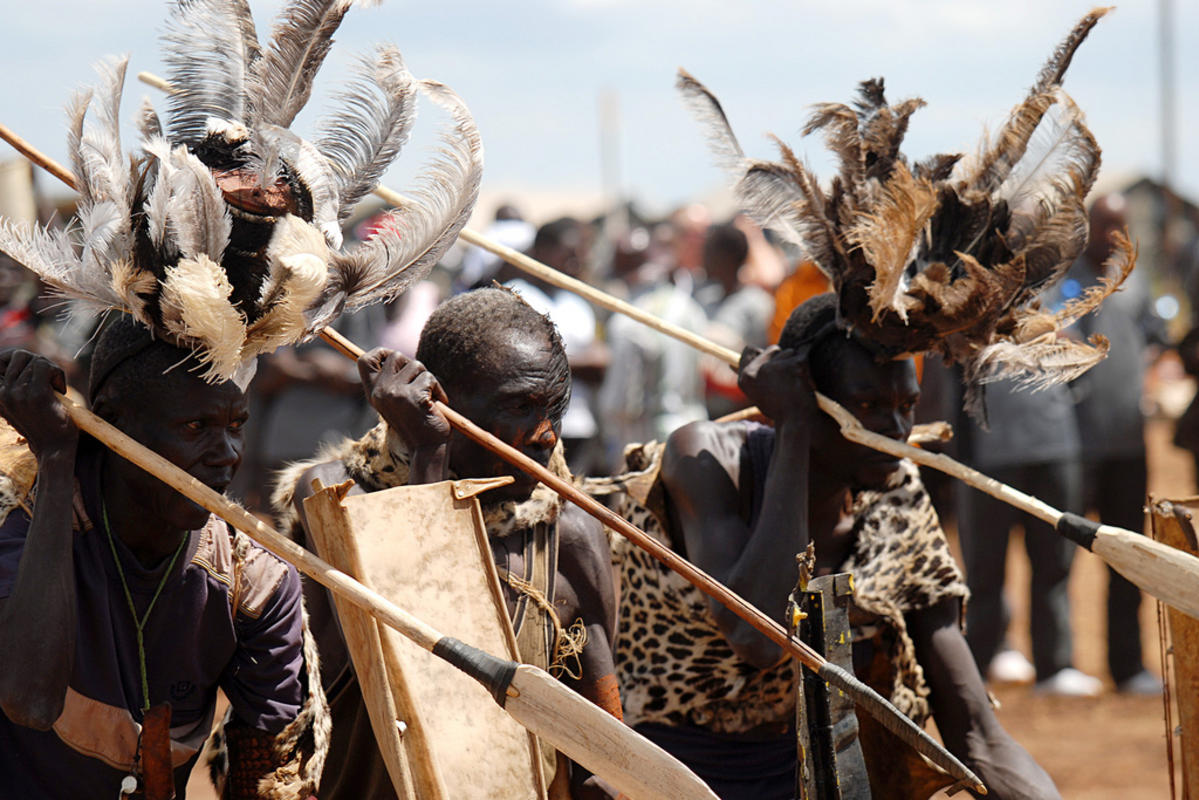 Most Ugandans have Bunyoro, Bantu and Buganda lineage, as these were the dominating kingdoms in what is now known as Uganda until it became a protectorate of the British Empire in 1894. As a result of the different ancestry in the country the culture is quite diverse, with noticeable changes within each region.

The history if Uganda dates back over 50,000 years when it was actually several similar kingdoms. Ugandans were foragers until the Bantu people migrated here and brought more developed skills. At the same time, the Bunyoro Kingdom took over the northern portion of what is now western Uganda, while the Buganda dominated central Uganda. Arab traders started to arrive in the 1830s, followed by British explorers who arrived in the 1860s looking for the source of the Nile River. In the late 1870s Protestant and Catholic Missionaries entered and this can be seen today in Kigungu near Entebbe, and in 1894 it became the British Protectorate of Uganda.

At first, it was only the Buganda kingdom that was under British protection, but this soon expanded to become what is now known as Uganda. As the British took over other kingdoms the Buganda people helped them with administrative services such as collecting tax from the other tribes. While doing this the Buganda people also insisted that everyone adapt to the Luganda language and change their clothes to match their own long cotton gowns, known as the kanzu. At the beginning of the 19th century the sleepy sickness (African trypanosomiasis) killed around two-thirds of the population, though in the 1930s and ‘40s numbers starting growing again.

In 1962 Uganda gained independence from Britain and became a Commonwealth nation, and Milton Obote became the first Prime Minister of Uganda. For the first few years that Obote was in power there were many problems between his party the Uganda People’s Congress (UPC) and the Buganda leaders, which led to the 1966 Battle of Mengo Hill, in which Obote took over the powers of the Buganda kabaka (king), thus becoming Uganda’s first President. The country was then divided into four districts and ruled under martial law.

In 1971 Obote’s government was overthrown by a military coup led by Idi Amin Dada. Over the next six years the country was under his dictatorship, which resulted in the deaths of around 300,000 people, and there was a massive decline in the economy. Amin’s main targets were the Acholi and Langi ethnic groups, as they had supported Obote and were a large part of his army. In 1972 Amin secured both financial and military aid from Libya’s Muammar Gaddafi and became anti-Israel. This later gave the Palestinians that hijacked Air France Flight 139 from Tel Aviv to Paris a protected base to state their demands. Amin started to rediscover his Islamic heritage and built the Gaddafi National Mosque on Kampala Hill. During his reign, many Ugandans camped near the Tanzania border, which in 1979 triggered the Uganda-Tanzania War. The Tanzanian Army and exiled Ugandans conquered Amin’s troops and Libyan soldiers and took over Kampala. Amin fled to Libya.

In late 1980 elections brought Obote back into power and Muwanga served as vice-president. Shortly after the Ugandan Bush War (Ugandan civil war) broke out between the government and the National Resistance Army, which was led by Yoweri Museveni. Some of the worst human rights action in the world took place during this five-year war, and some of Obote’s own troops took extreme actions on civilians to eliminate support for Museveni. This affected nearly 750,000 people who were moved to refugee camps under military control. In 1985 some members of Obote’s army that were commanded by Olara-Okello conducted a coup d’état and seized power from Obote, who died while trying to flee. In 1986 a cease-fire was agreed upon and Museveni became president, where he remains today. President Museveni resides at the State House in Entebbe. Since his becoming president the government has been accused of numerous crimes against humanity, including mass murder in the north and child slavery.

Despite Uganda’s long history the people have still managed to keep hold of their many unique cultures, with the Bantu-speaking people influencing most of the country’s culture. In the north the Lango and the Acholi tribes are prominent, while in the east the Iteso and Karamojong tribes can be seen. The rainforests in western Uganda are still inhabited by the Pygmies. The traditional kanzu that the Buganda people introduced to Uganda is still the national dress for men, while women are clad in gomesi, which are colorful floor-length dresses tied with a sash.

The Buganda have also taken over the music scene in Uganda, although all tribes have their own indigenous music. Buganda music is predominantly drums and other percussion instruments and is usually accompanied by some complex dances. The eastern Bagosa tribe plays instruments similar to xylophones, while the Acholi and the Langi tribes in the north play a thumb piano. In the west the percussion music of the Banyankore is most dominant, and more graceful than that of the Buganda. Music and dance can be seen in different areas of the country, and traditional music and dance shows can be witnessed in all regions, although it is easiest to find them in Kampala.