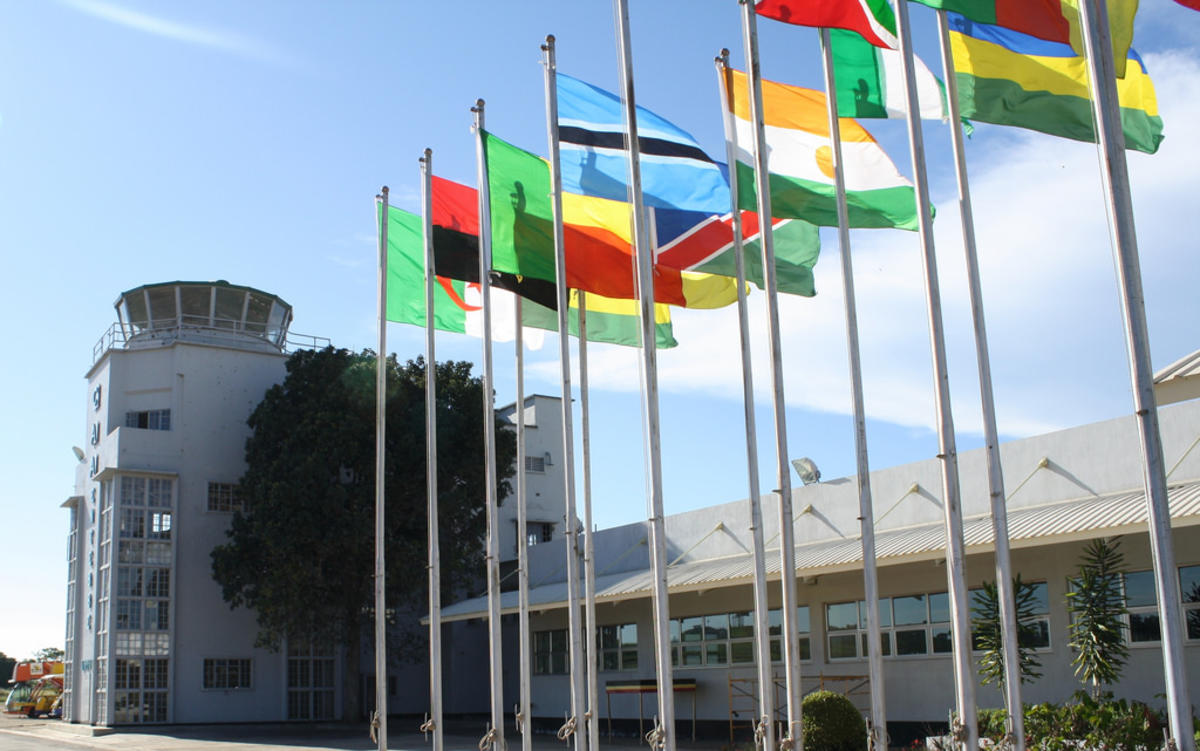 The principal airport in Uganda saw its first aircraft land on its 820-meter grass runway in February 1929. Nearly a century later, over 20,000 aircraft utilize its two asphalt runways and over one million passengers enter the airport each year. Non-stop flights are available between here and London-Heathrow, Amsterdam, Frankfurt and Brussels as well as many African air hubs. There are currently no direct routes to and from the USA, but American travelers will find it easy to arrive from any major US airport with one stopover in one of the four European airports listed above.

There are duty-free shops scattered throughout all areas of the two-story international airport for picking up tax free souvenirs, cigarettes, cosmetics and alcohol before leaving the country. All restaurants and bars are open 24 hours to accommodate all scheduled flights and range from cafeteria style fast-food service to full-service sit-down meals. The Voyager Restaurant on the second level offers diners a chance to enjoy a meal while looking out at the massive Lake Victoria set in a backdrop of rolling hills. Public telephones, mobile phone services, postal services, a pharmacy and a couple of tour operator kiosks can also be found in the airport. Passengers waiting to depart Uganda can enjoy watching one of the airport’s numerous television screens that provide 34 different channels.

Hertz and Europcar have car rental offices at the airport and offer both self-driven and chauffeur services. A shuttle service is available through Super Shuttle International that travels between the airport and Kampala, which is around 22 miles away. Some of the higher-end hotels in the capital city also offer shuttle service directly to their hotel. There are plenty of private taxis that park at the arrivals level and take passengers to Kampala for a reasonably good rate, although it is possible to get to any destination in the country. Public transport is also readily available to make the two and a half mile journey between the airport and Entebbe’s city center; these are known as commuters. These are similar to private taxis and can be identified by the blue square on the front door.