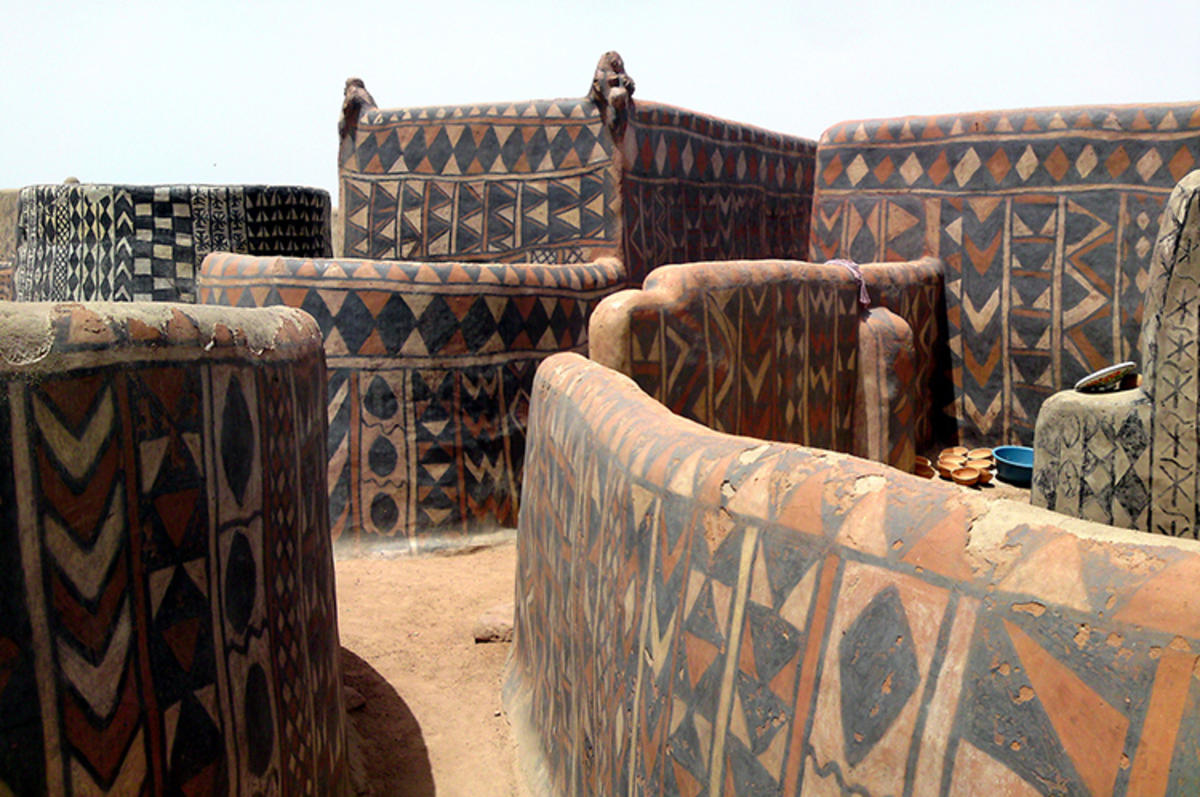 Burkina Faso translates to “land of the honest people” and about half its population comes from a long line of warriors who once reigned over the most influential empires in the region for more than eight centuries (11th to 19th). The country has gone through several name changes, from Haute Volta to Upper Volta, finally settling on Burkina Faso. Its landlocked position in the heart of West Africa explains the many nomadic tribes in the northern regions.

Burkina Faso, like many other West African territories, is believed to have been inhabited since 14,000 BC. Evidence of ancient civilizations has been found including prehistoric tools, farmer structures and settlements, ceramics, and relics. Most of these can be admired at the National Museum in Ouagadougou and in Bobo-Dioulasso. The ruins of Loropeni (Loropeni, southern Burkina Faso), which is the country’s first ever World Heritage site, is another reminder of the country’s rich past, as well as its importance in the Saharan gold trade between the 15th and 16th centuries.

Mossi kingdoms dominated the country by the end of the 19th century. In fact, the name of the capital (Ouagadougou) was derived from one of the most powerful Mossi Kingdoms known as Wagadogo. Their defeat marked the formation of the French colony known as Upper Volta, which, in a span of almost 30 years, was reconstituted time and again until the existing borders were agreed upon.

Liberation from France was achieved in 1960, when Upper Volta was renamed Burkina Faso. Thomas Sankara assumed leadership from 1984 until 1987 until he was executed through a coup led by his colleague, Blaise Compaoré, who now holds high office in the country. Though most of Sankara’s programs to improve the government, healthcare and economy were successful, they weren’t enough to secure its political stability. Still a problem today, Burkina Faso is one of the world’s poorest nations.

Nevertheless, the country is rich in cultural treasures and natural wonders, and is one of the most rewarding destinations in West Africa. The World Heritage sites, cultural centers, museums, and age-old architecture in the cities are all testaments to Burkina Faso’s interesting past.

Burkina Faso is one of the most ethnically diverse countries in the world. In fact, there are still nomadic groups that travel in the northern regions. About 40 percent of the population is of Mossi descent, followed by the Bobo people who live in the southwestern region of the country. Other groups like the Gurunsi, Lobi, Mande, Senufo, and the semi-nomadic Fulani people also live here. A majority of the population works as farmers, but some Burkinabé people are also skilled artisans and metalworkers.

Culture is manifested in all aspects of life in Burkina Faso, but art is closest to the heart of the people. The country boasts a large handicrafts community with artisan centers in Gorom Gorom and Ouagadougou. Burkinabé cuisine closely resembles and is largely influenced by West African food. Burkinabé people, however, are very creative in their use of staples like beans, yams, maize, millet, sorghum, peanuts, potatoes, and okra, whipping up tasty delicacies worth trying. Be sure to try the local Banji drink or palm wine.

Dancing is also a key element of the Burkinabé culture, as it is used as a demonstration of praise to the animal spirits and to solicit blessings. Almost half the population is Muslim, while forty percent follow animist beliefs, and the remaining 10 percent are Christian. Dubbed the “home of music” in West Africa, the country hosts a number of international and local music festivals throughout the year, including the widely celebrated Festival des Masques et des Artes.

Being predominantly Muslim, women are expected to dress modestly. Short skirts and skimpy outfits are best avoided, even in urban areas where French customs prevail.

Click here to learn about the Weather in Burkina Faso