Is global warming affecting Antarctica? It’s a topic that will likely be debated for years to come and still remain inconclusive. Certainly in recent years there have been a number of ice shelves that have broken or declined, temperatures have raised in some places and glaciers seem to have sped up their flow-rate.

However it still remains precisely unclear as to whether these recent events are a taste of more of the same to come, or are simply localized results of warming on the Antarctic Peninsula alone.

Whatever scientific evidence presents, the best approach in terms of your own travel to Antarctica, might be if in doubt, go now before it changes further.

However we’ll try to give you a few insights. 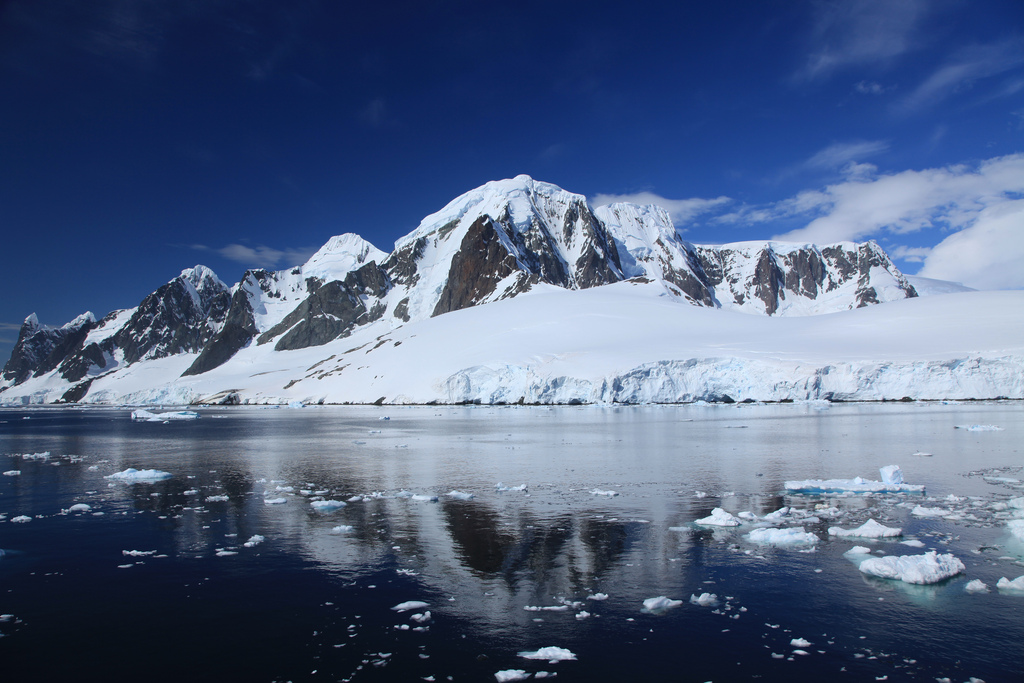 Let’s take a look at what is being said. Do note if you research this topic, you will probably find evidence supporting both sides of the argument as to whether global warming is affecting Antarctica. However most evidence seems to support the fact that the Antarctic Peninsula has been particularly sensitive to changes in temperature and changed dramatically as a result.

For the last five decades the average temperature here has risen by half a degree every 10 years. It is estimated that 60 billion tonnes of ice was lost in 2006 and seven ice shelves have retreated or disintegrated in the past 20 years including the B-15-K fragment of an 11,000 kilometre square section of the Ross Ice Shelf in 2000, the Larsen B ice shelf in 2002 and Wilkins Ice Shelf in 2008.

Overall ice shelves have declined in total area by about 13,500 kilometres square since 1974. In fact The United States Geological Survey revealed every ice front on the southern half of the peninsula retreated between 1947 and 2009. And the British Antarctic Survey said glaciers on the peninsula are retreating and speeding up their flow to the sea depositing more water in the oceans and thereby increasing sea-levels.

While the Antarctic Peninsula doesn’t have enough ice to influence global sea levels, it is seen as something of an indicator for changes in the region as a whole. However trends elsewhere on the Antarctic continent have indicated both warming and cooling. Although some of this data is inconclusive as there are few long-term records and it’s hard to calculate a trend for the entire continent.

For example there are only satellite observations recorded from 1981 and they were taken only on cloud-free days.

“The best approach in terms of your own travel to Antarctica, might be if in doubt, go now before it changes further.”

However Eric J. Steig of the University of Washington claims recent results indicate warming over the entire continent. However researchers like Peter T. Doran at the University of Illinois at Chicago dispute this. Doran says 58 percent of the continent cooled between 1966 and 2000.

But Doran does not reject global warming and emphasized the need for more stations on the continent to obtain results.

Author Michael Crichton has been a leading advocate about the conspiracy behind climate change and said in his 2004 novel State of Fear, "The data show that one relatively small area called the Antarctic Peninsula is melting and calving huge icebergs. That’s what gets reported year after year. But the continent as a whole is getting colder, and the ice is getting thicker."

Of course other groups have since responded to Crichton. The RealClimate website has commentary by climate scientists who said of evidence of cooling temperatures, “At first glance this seems to contradict the idea of ‘global’ warming, but one needs to be careful before jumping to this conclusion.”

To this we certainly concur. Whatever your thoughts or the evidence of climate change, a trip to Antarctica would be a once in a lifetime opportunity. If in doubt, go now and let’s all hope changes here will slow, cease or be a long time coming.

The Ultimate Guide to Planning a Trip To the White Continent