Travel, quite simply, is the pursuit of the extraordinary — a way to step out of our day to day environment and enrich our lives with magnificent sights and experiences. That’s why bioluminescence, one of the world’s most spellbinding natural phenomena, should be on every globetrotter's bucket list. Most people have their first experience with bioluminescence, an emission of light by living creatures, by watching fireflies. But this natural wonder also occurs in plankton, fungi and other organisms, creating amazing visual effects that border on supernatural. We’ve scoured the globe to find seven amazing places to experience this incredible phenomenon. 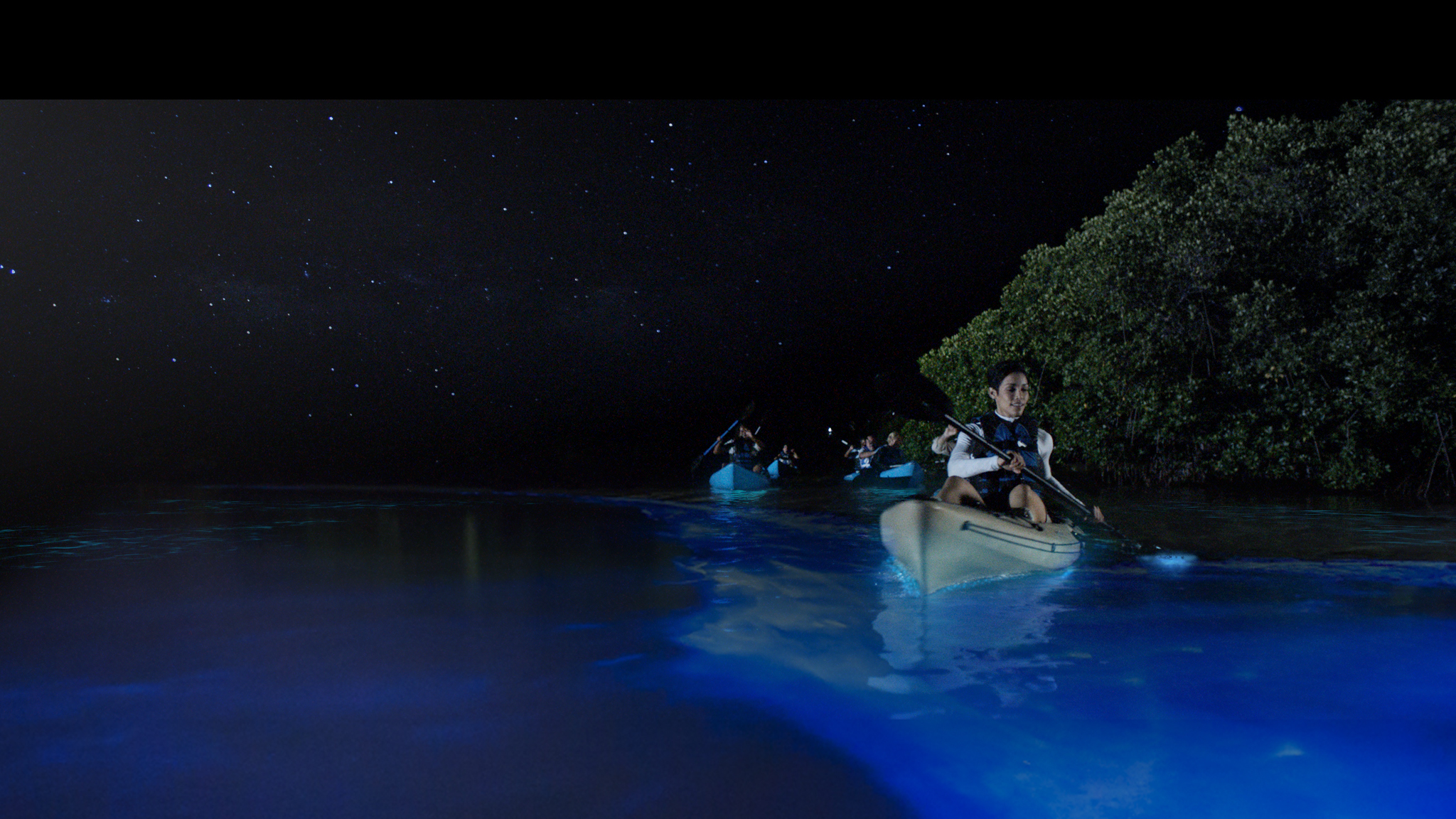 A special form of bioluminescent plankton fill Fajardo’s Laguna Grande, creating a distinctive glow that feels like you're paddling through an enchanted forest. When the water is disturbed, the dinoflagellates radiate like a bucket of bluish-green Christmas lights for fleeting moments. Increasing light pollution from nearby towns has been making the phenomenon more difficult to see, but reputable tour companies will provide a tarp to shield the water from excess brightness and at dusk, you can row through a narrow mangrove forest into the lagoon.

From expansive Eucalypt forests and mountain streams to stunning twin cascades and impressive vistas, Springbrook National Park in Queensland seems to have something for everyone — including fans of bioluminescence. Travelers can visit the Natural Bridge to see small fly larva decorating an arched cave with their brilliant blue-green lights. The ample rainfall and lush forest canopy provide an ideal environment for the Arachnocampa flava to thrive. While the glowworms are visible year-round, they’re most active in the warmer months (December to March), which is when you'll be able to capture the best pictures.

If it looks like someone sprinkled cerulean glitter down the shoreline of Vaadhoo Island, you wouldn't be the only one to find this portion of the Maldives magical. The twinkling blue glow is actually caused by phytoplankton, which emit marine bioluminescence when they detect movement in the water. The spectacular display from the single-cell organisms has given the area a fittingly fantastic nickname: the Sea of Stars. 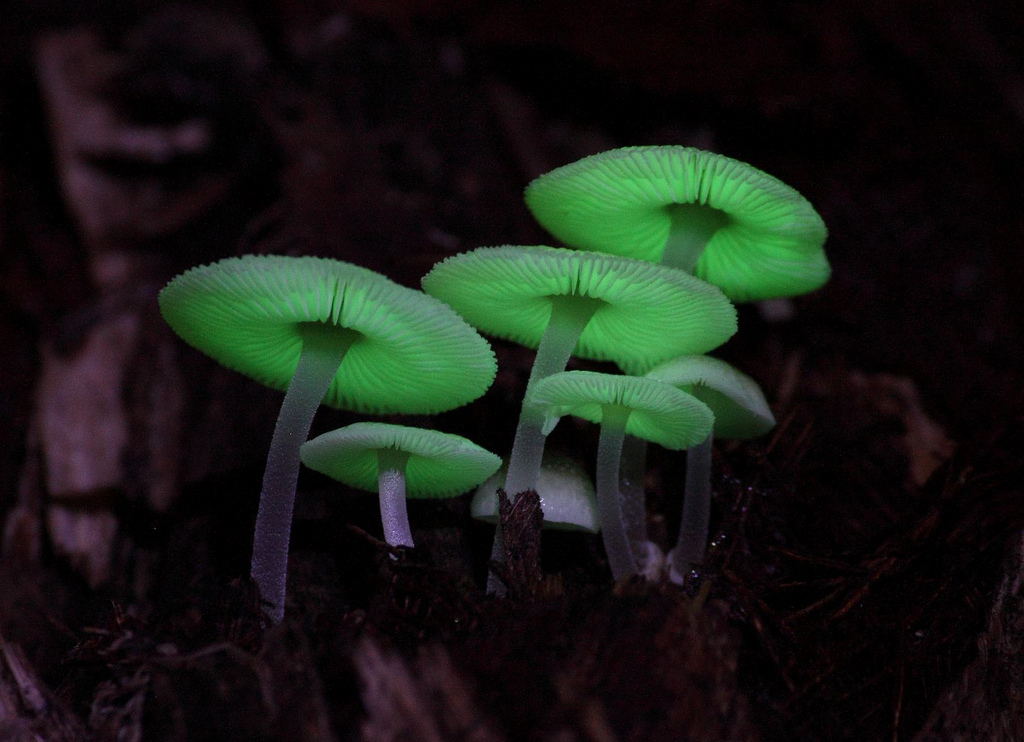 Most people visit Bako National Park in Sarawak to catch a glimpse of the rare proboscis monkeys, but travelers can chance upon a world of other strange species after the sun goes down. Encounters with giant spiders, slithering vipers, and otherworldly creepy crawlies may make you hesitant to switch off your flashlight during a guided nighttime trek. But it’s worth the risk once you see the bioluminescent fungi illuminate the forest with an eerie green glow all around you. The Mycena manipularis mushrooms use bioluminescence to attract insects that may spread their spores, creating an effect that's akin to the glow-in-the-dark stars you had on your bedroom ceiling. 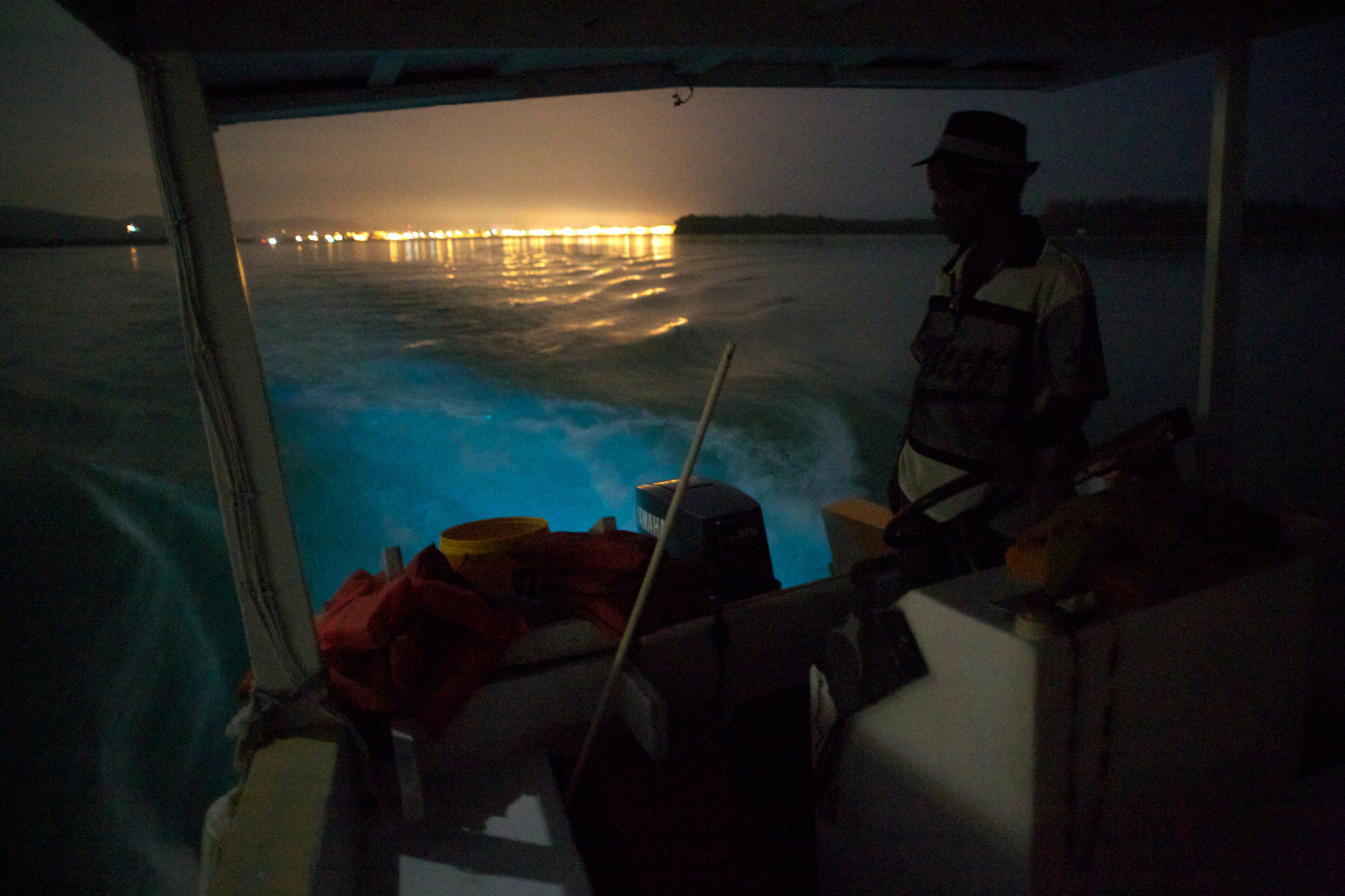 Also known as Luminous Lagoon, Glistening Waters might be one of the most magical places on Earth. The brackish water boasts an impressive volume of bioluminescent microorganisms that produce a green glow when you break the surface with either your hand or paddle. On pitch-black, moonless nights, the horizon line between the glittery organisms and the starry sky seems to fade, blanketing the entire area in an incredible cosmic glow you’ll never forget. Hotels in the area lead half-hour guided boat trips through the lagoon. 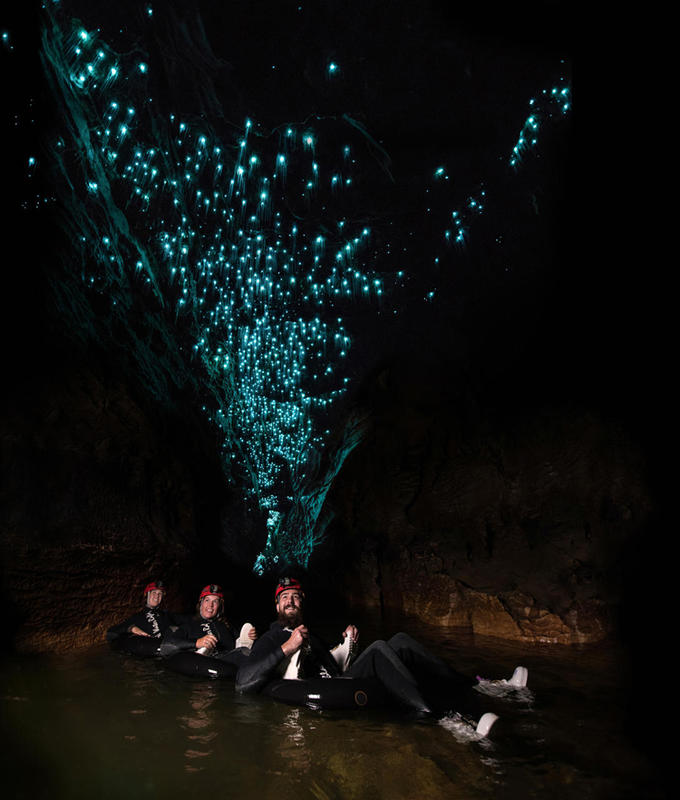 The stars have found their way to the Waitomo Glowworm Caves in the form of hundreds of thousands of Arachnocampa luminosa, the namesake glowworms. A species found only in New Zealand, the unique bioluminescent creatures streak light onto the seemingly dripping stalactites to transform the cave ceiling into a twinkling nighttime sky. A scientific advisory board protects the insects by monitoring their air quality, environment temperature, humidity levels and other factors. For the adrenaline junky, the best way to see the phenomenon is by black water rafting through the caves. 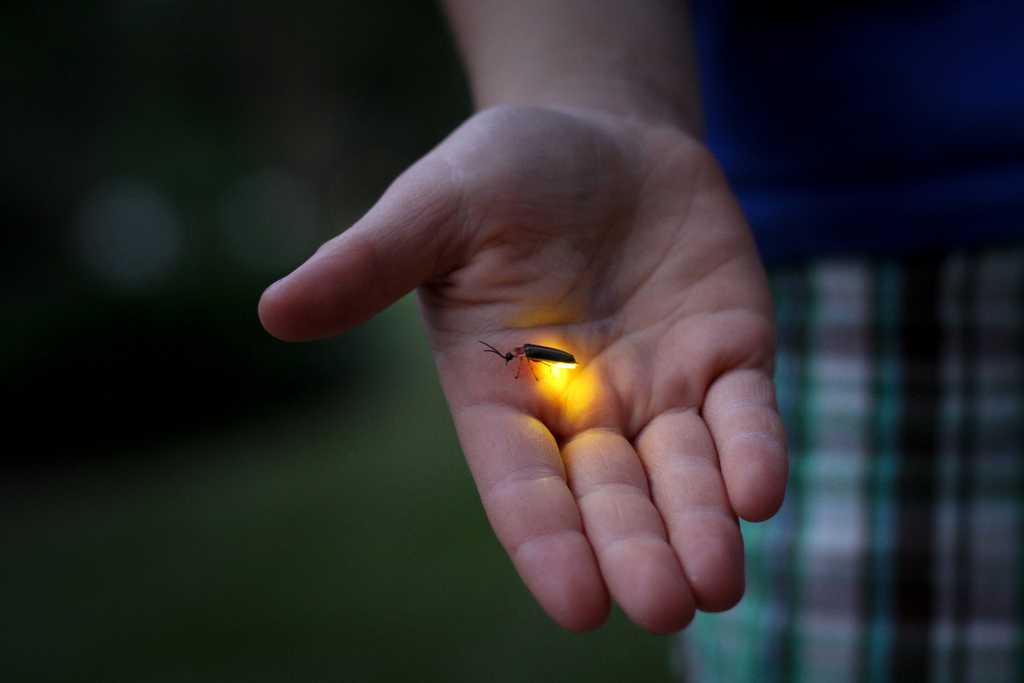 Firefly Park Resort in Kuala Selangor, Malaysia, is named after the small coastal village’s signature attraction: lightning bugs. The twisting mangrove trees along the Selangor River light up at night with tens of thousands of fireflies flashing in sync. You can experience the sparkling journey on a nighttime boat tour down the river.