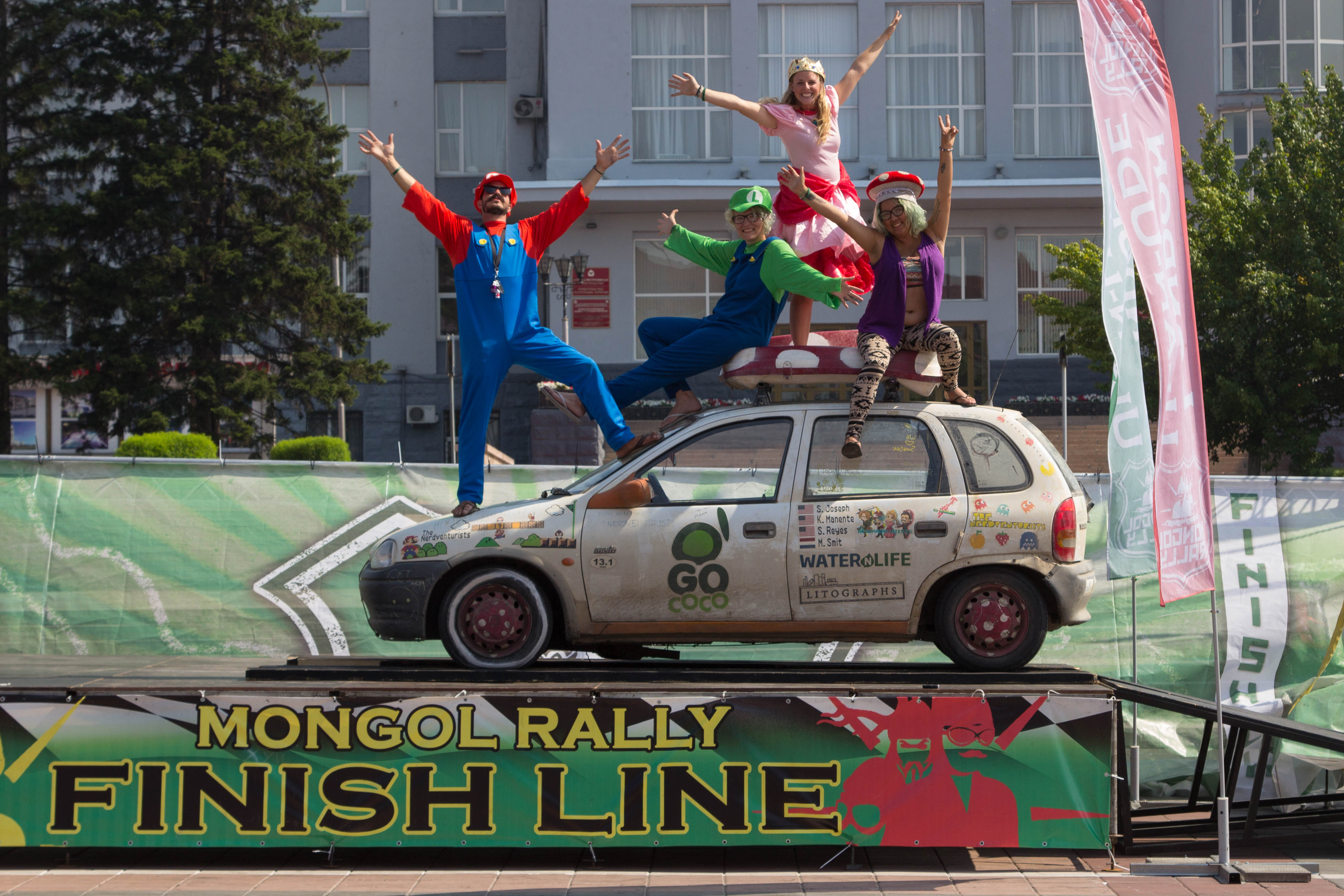 There are only three rules in The Mongol Rally:

This dangerously hilarious journey takes place ever year as part of The Adventurists’ roster of insane treks across the world and is referred to as the world's greatest motoring adventure. It's a 10,000 mile ride from England to Mongolia without any set route. You just have to try to get there. Figure out your visas, bribe the border guards, and get going. There's no limit on the number of teams that can participate as long as you raise the required funds, with about 250 cars racing this past year.

I had wanted to do The Rally for years, but after multiple friends chickening out, this past summer I finally got in a 1994 Vauxhall Corsa with one buddy and two strangers to drive to Mongolia and beyond. Dressed as Mario Bros characters (I'm Luigi), we were The Nerdventurists. 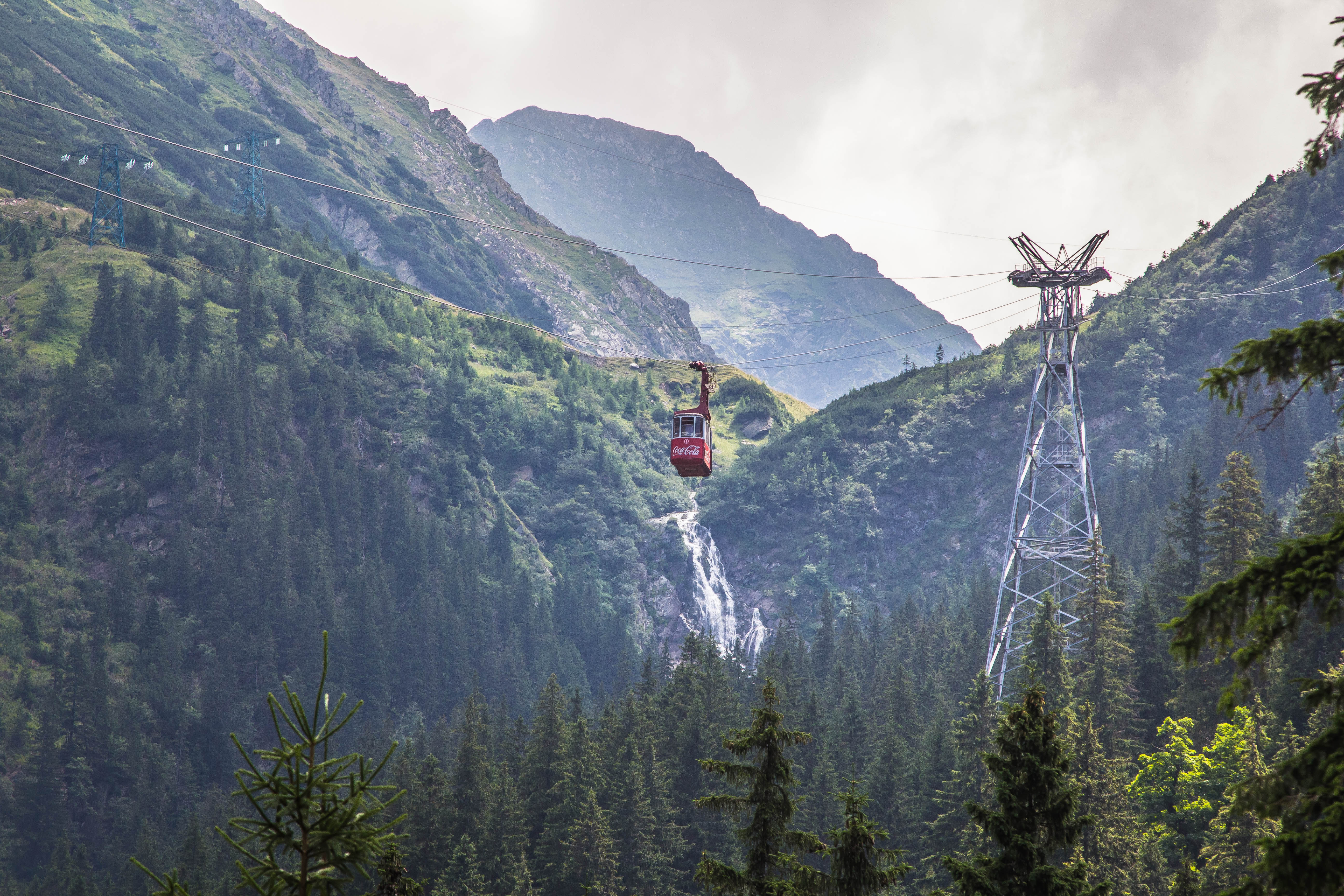 Driving through Europe is scenic and beautiful. And expensive. It's best not to linger on the continent no matter how much you may want to stay. The Rally is about adventure and uncharted lands, and while the baths in Budapest and nightlife of Belgrade may tempt you, it's the unknown you seek.

I only had two requests for the rally: I wanted to spend a day in Istanbul and I wanted to drive on the Transfăgărășan Highway in Romania. Winding up, around, and over the Carpathian Mountains, the Transfăgărășan has been deemed the world’s greatest highway. Its views are second to none and joined by other ralliers we met along the way, we swirled around the mountains and through the valleys of Transylvania. 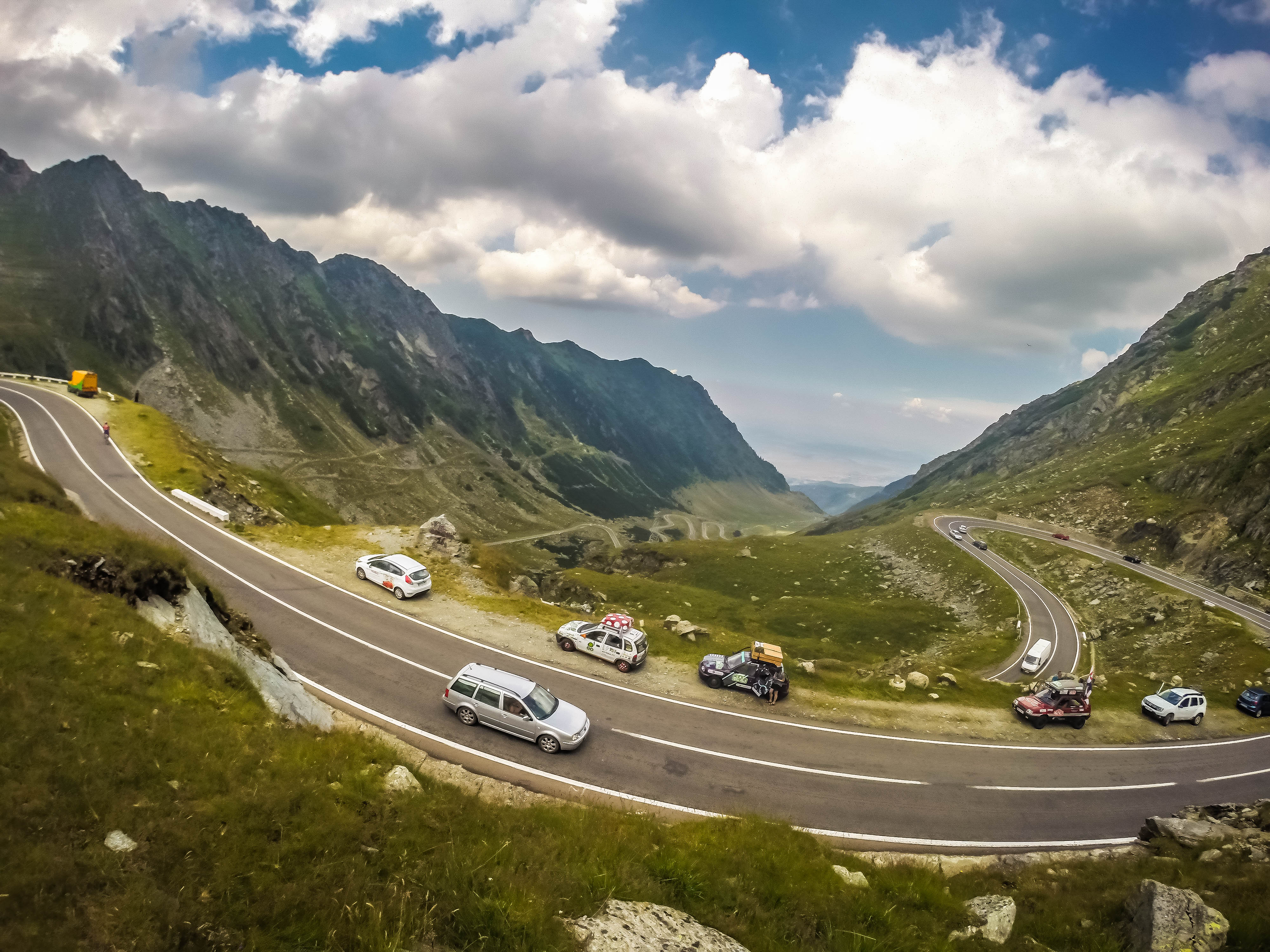 The first major landmark of any rallier is the bridge between Europe and Asia: Turkey. Istanbul is chaotic, colorful, and immediately different. You're not in Europe any longer and the mix of Mediterranean and Arabic influences remind you that all along the way. This ancient city deserves a true visit, but it's a different area that captures our and many other's attention. Cappadocia in the center of Turkey is a treat for the eyes. Fairy chimneys, caves, and rocky outcrops are scattered across Central Anatolia. It's a naturally occurring wonder that's best seen from above.

From Turkey it was onwards to Georgia, a dip down into Armenia, then back into Georgia (all of Armenia's other borders are closed), before heading to Azerbaijan. 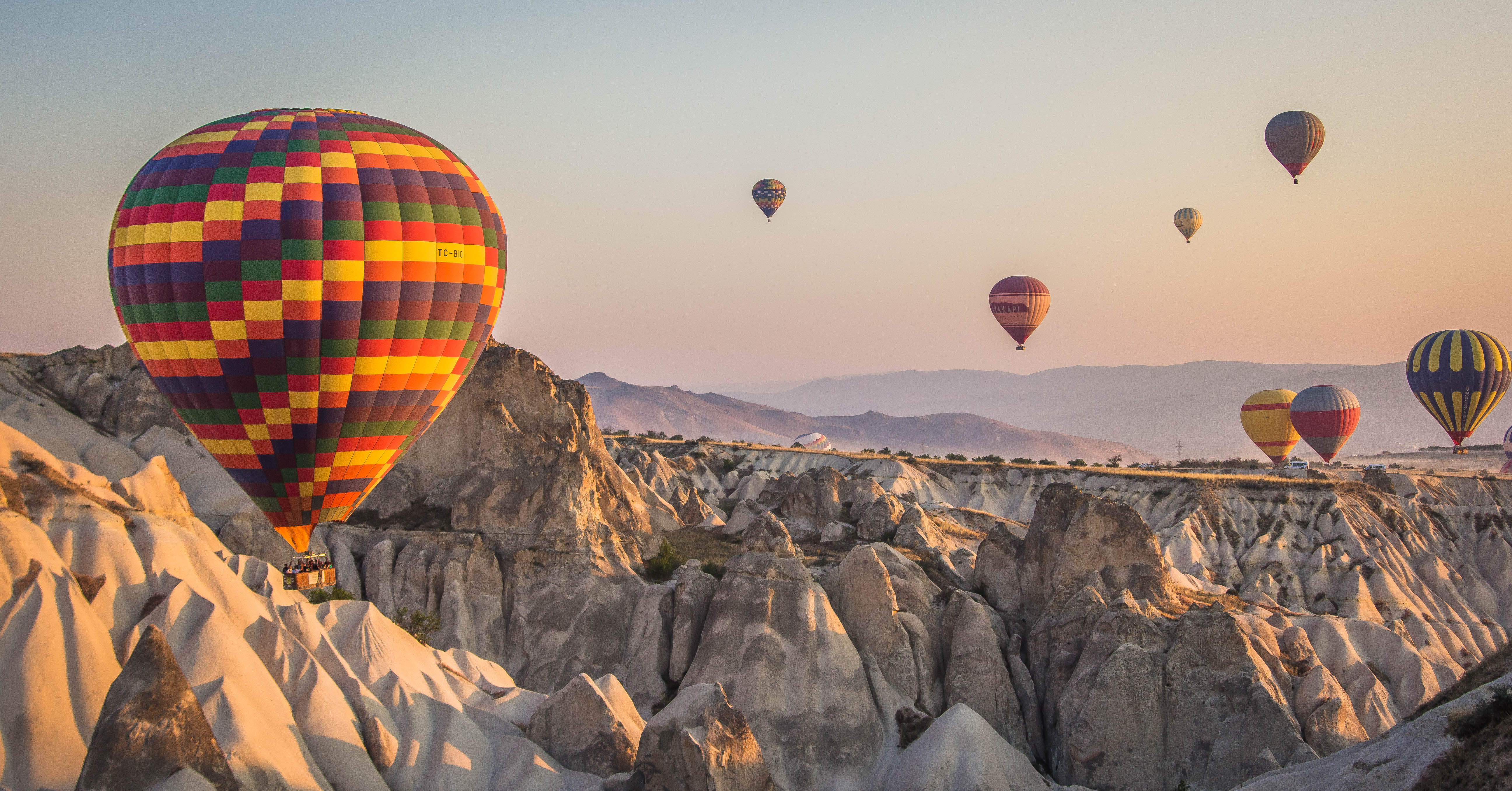 There are many ways to get to Mongolia, including dipping down into Iran, but we decided to go from Azerbaijan to Kazakhstan... across the Caspian Sea.

There are no passenger ferries to Kazakhstan. The only way to get yourself and your car there is to book a passage on a cargo ship. It's a convoluted process filled with paying local fixers that overcharge you for tickets and information. Through the years those in Baku, Azerbaijan's glittering and marble capital, have learned that The Rally rolls through every summer. And so they know when to triple the boat prices. But this was the route we chose and after being swindled by a fixer, we found ourselves in a car park at Baku port with at least a dozen other teams.

There hadn't been a boat in six days.

Luckily for us, the boat finally arrived two days later. Our vessel was a 1960s Soviet cargo ship that swayed too much and had no flushing toilets. You can imagine the ride. 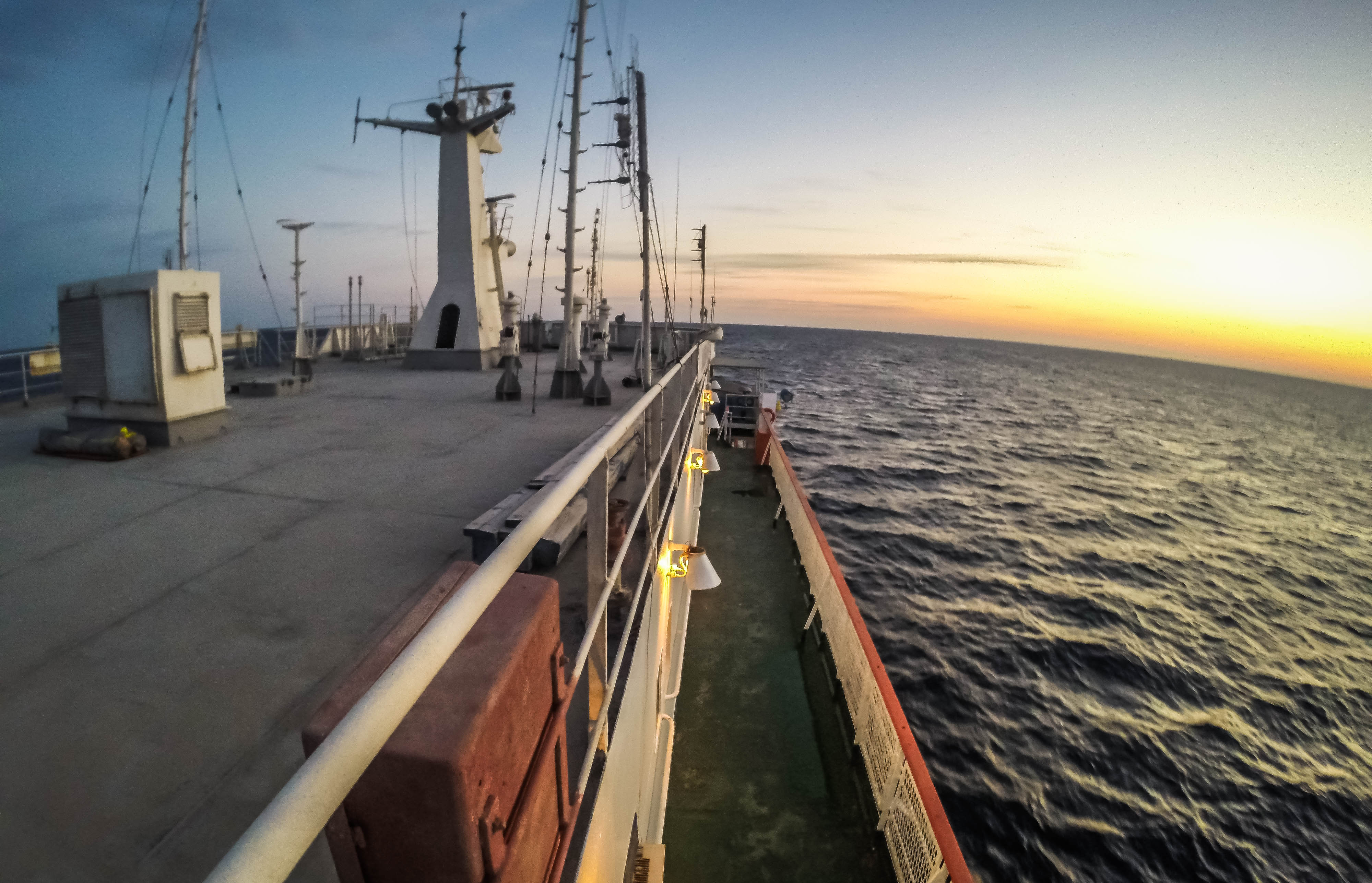 It took us ten hours to clear customs in Kazakhstan. If the rally has taught me anything, it's that crossing borders in a car is quite possible the worst thing you can ever do. It takes forever, but with a cheer and a lot of honking, we made it. We end up staying the night with two other teams in a stranger's apartment with a shower that looked like a space ship. It's what happens on The Rally. You just go with it.

We went from 125 degrees in a parking lot in Azerbaijan to -15 degrees on the Mongolian steppe within the week. Kazakhstan was relatively boring and filled with more camels and pot holes than I’m ever interested in seeing again. The roads are awful and sometimes disintegrate into a gravelly babbling mess of rock and dust. We swerved and wound our way through a country that felt endless. Sometimes there'd be asphalt, but it'd never last. There were always camels. 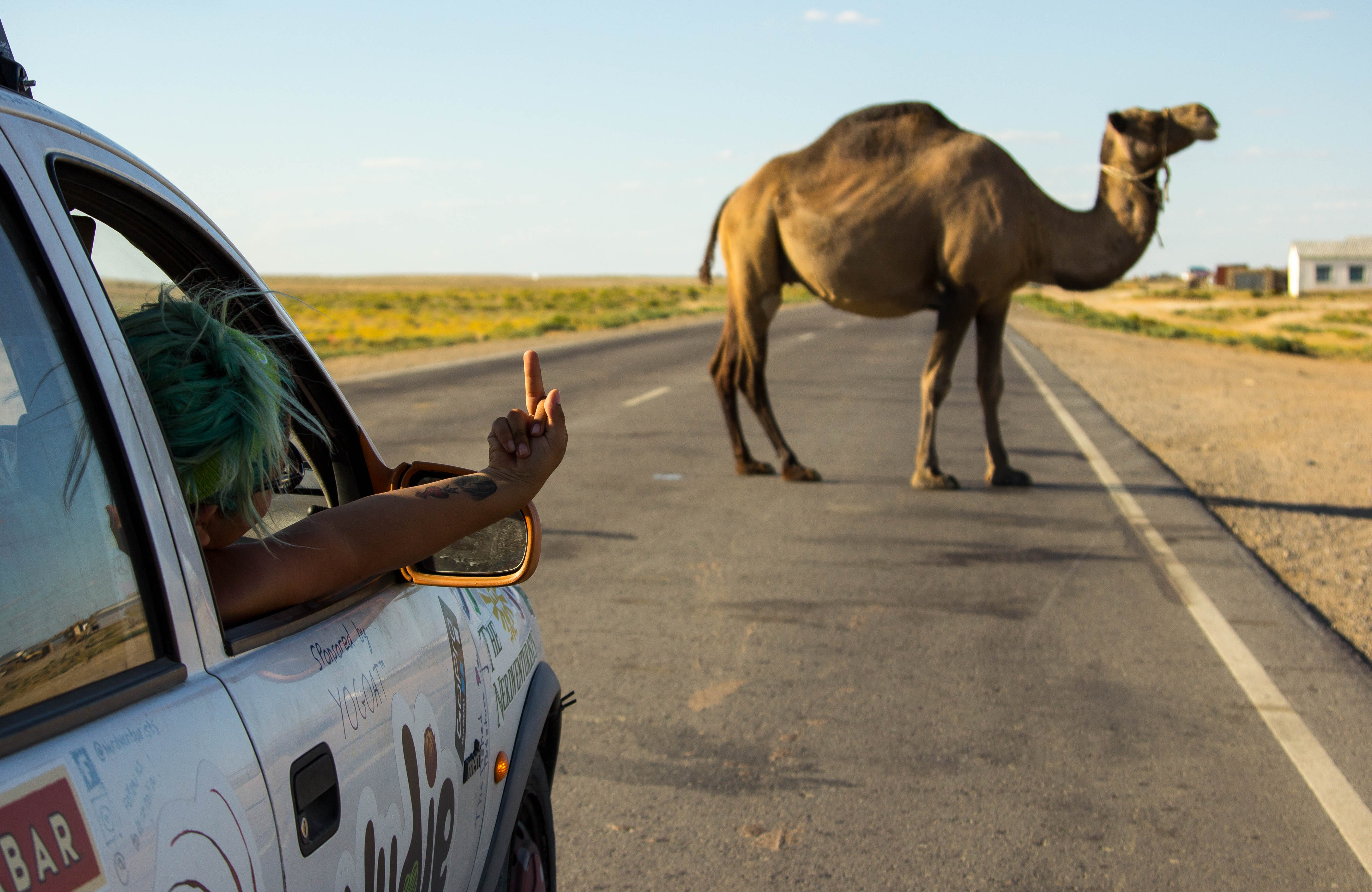 But Kazakhstan is filled with wonderful and generous people. Forget any preconceptions you may have from Borat. We came across a cultural festival and having known nothing about the country besides that awful movie, I was charmed. We danced and drank camel's milk and become momentary celebrities as everyone wondered where the foreigners came from. 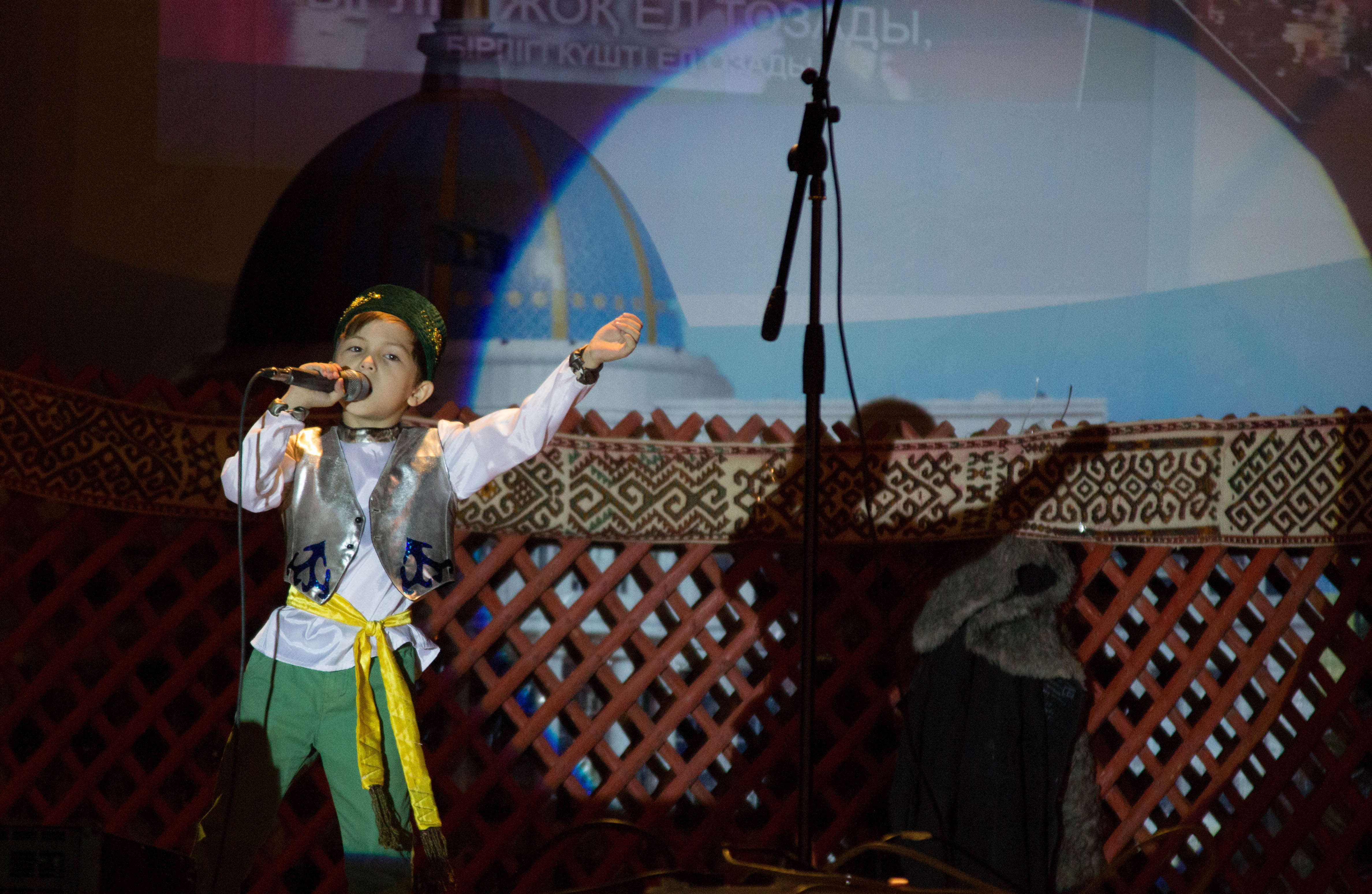 Early the next morning we crossed into Russia. Of all the border crossings, we were warned about Russia the most. You'll have to bribe them, they said, and they'll be awful. But it was 2 a.m. and they were more amused by our car than anything else -- making it through without any issues. Siberia is cold, wet, and beautiful. Lush greenery is such a stark contrast to the deserts and salt fields of Kazakhstan, and it's hard not to be taken by it all. Until our exhaust pipe snapped the second day. 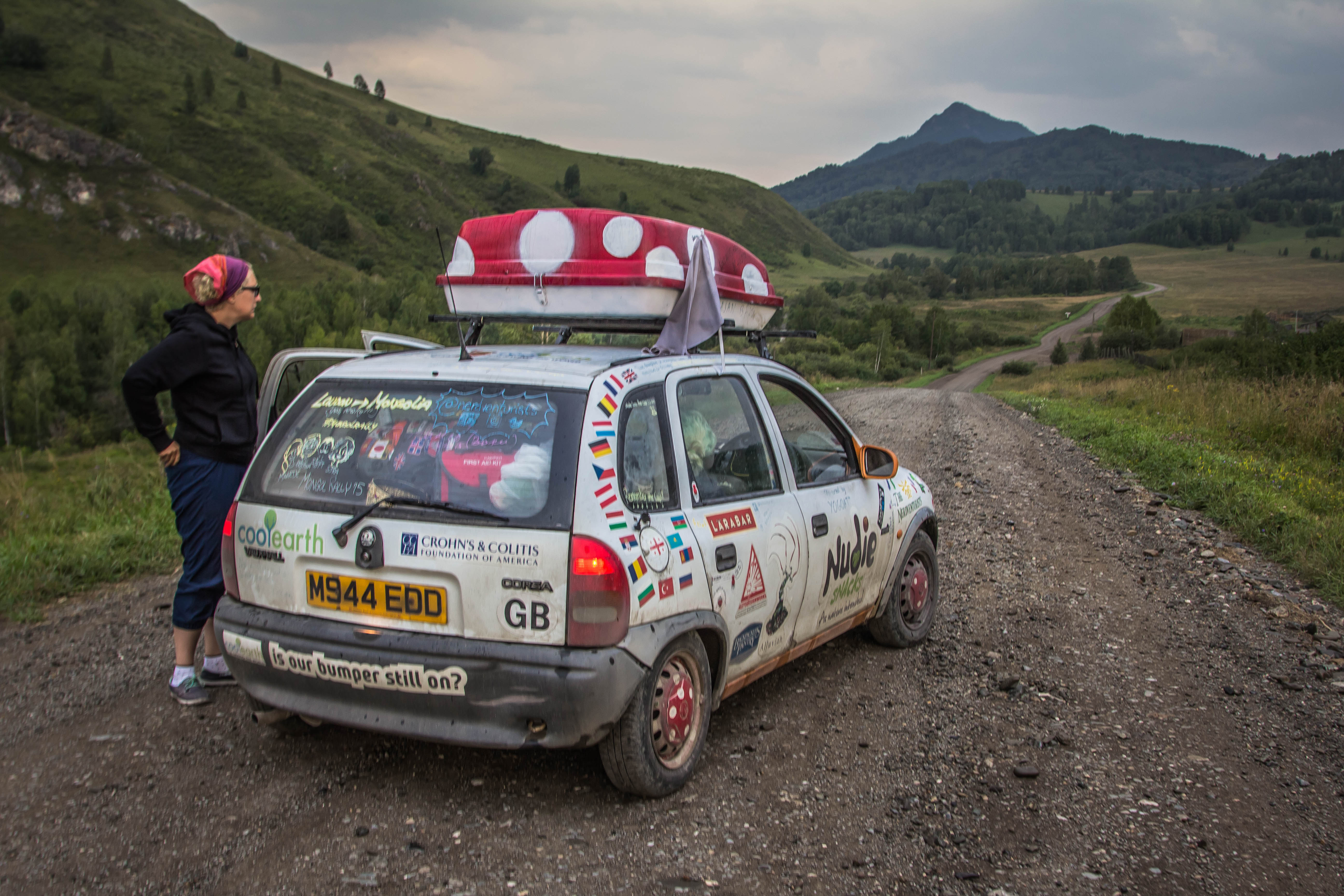 The journey up until this point is just a warm up. Nothing will prepare you for Mongolia except perhaps seventeen spare tires and a swanky SUV, neither of which are possible on The Rally. But you're doomed in some of the most stunning scenery in the world so it's not too terrible. The Mongolian steppe is cold and blustery, but completely untouched. No one is out there. Horses run wild along with goats, camels, yaks, and sheep. Out here it's work hard or die, and the people are hardy and determined. 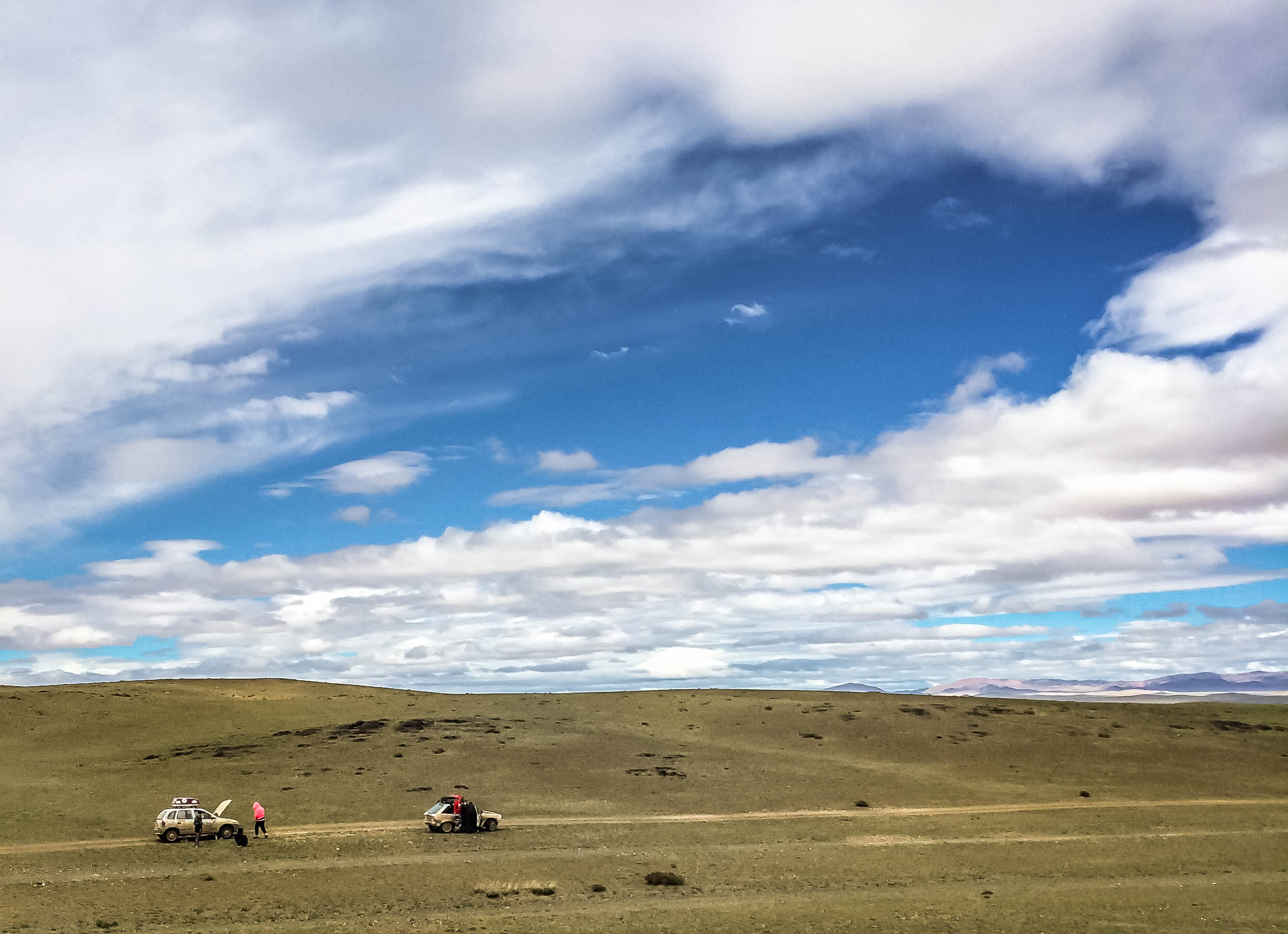 At the border we met up with another team who happened to be Swedish mechanics, also known as our life savers. Our first day in Mongolia we broke down eleven times. It's hard on the steppe. If Kazakhstan had awful roads, Mongolia had no roads. Paths are carved by the trucks and cars before you, sometimes with eleven different ways to go. We ended up navigating by the sun knowing Ulaanbaatar was due east.

Sometimes roads, or paths, just end because there's a river. There's usually not a bridge (unless there is and you curse yourself for spending three hours building one out of rocks only to realize there's an actual bridge less than a mile away), and you will have to Oregon Trail it. Do you ford the river? Sometimes. Other times, you get stuck. Sometimes, your car will flood, and still other times you'll be pulled across by a giant tractor as flooding has caused one river to split into three. 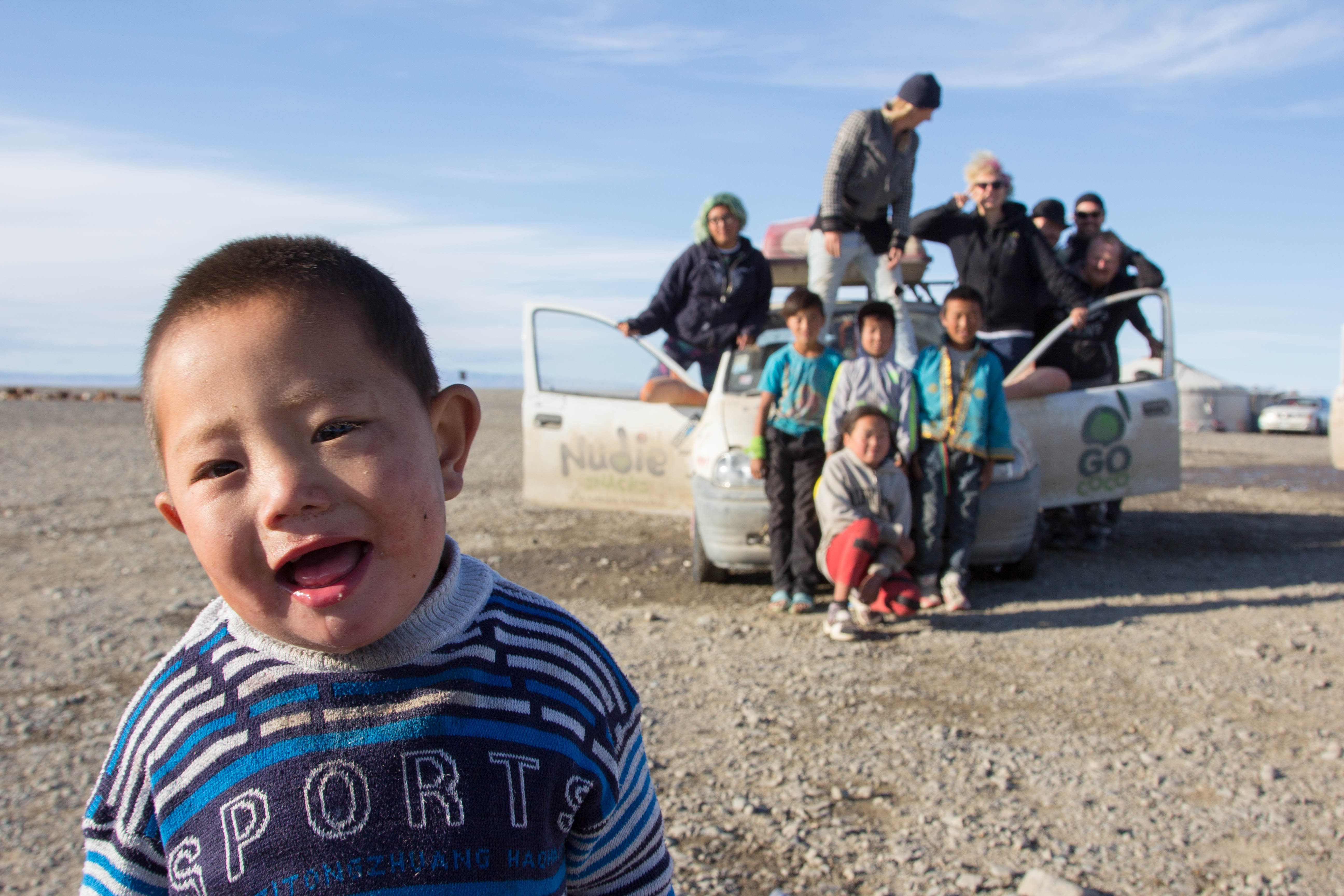 Mongolia is freezing even in August and unless you've packed appropriately, you'll be shivering most of the way. Used to the harsh conditions, Mongols live in gers (also known as yurts). Round blanket-lined tents appear across the sweeping landscape, rolling smoke twirling out from the top. They're warm, cozy, and with a smile and a few thousand tugrik, you can spend the night in one -- be it a ger camp or just someone's house. 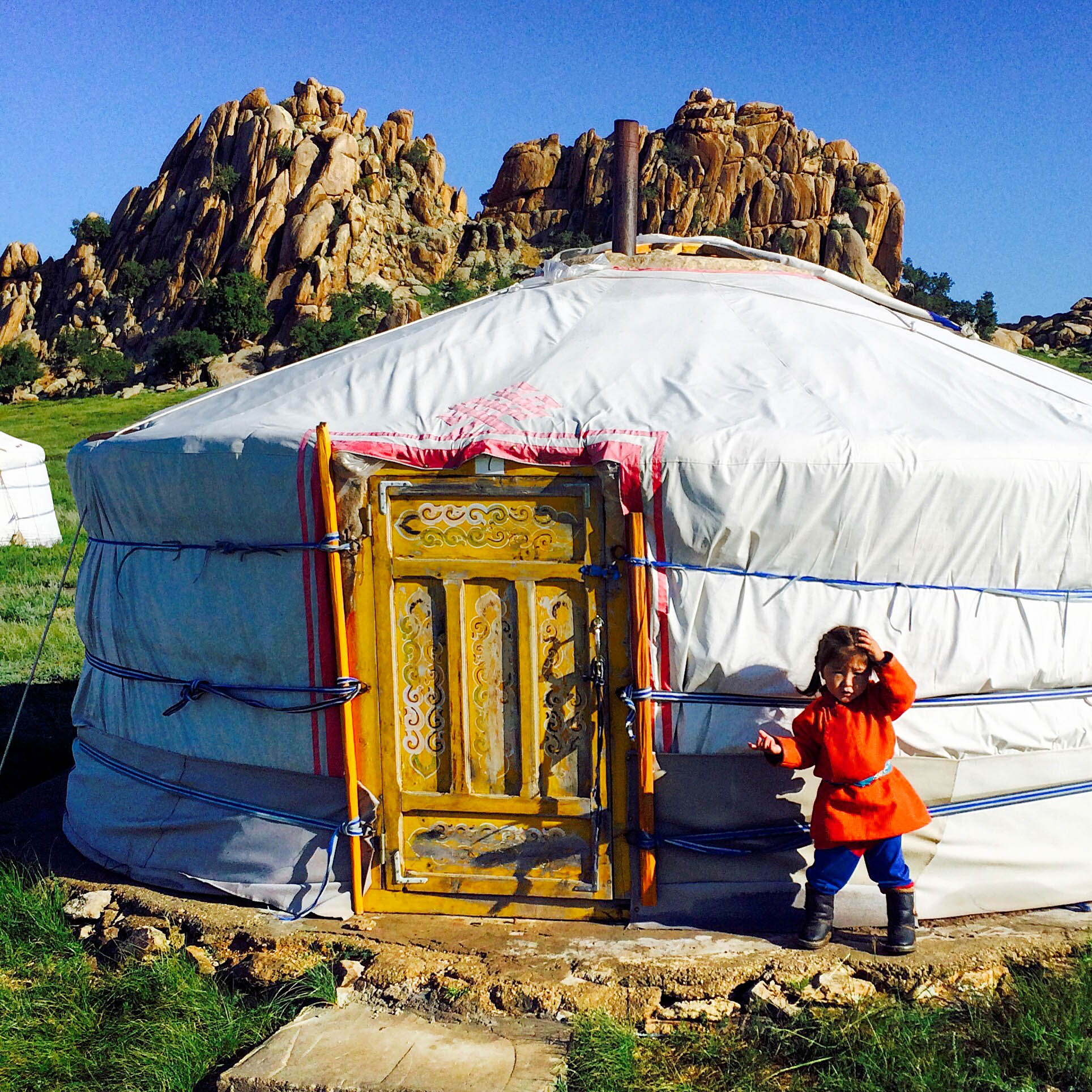 The most important thing to realize about Mongolia is it's vast nothingness. There are no attractions. No restaurants. Towns are hundreds of miles away from one another and it will take you days to get that far because the lack of roads. More asphalt has been popping up over the past few years, but much of the country is still uncharted. If you don't have your own transportation, there are buses that can shuttle you between the cities, many of them bouncing past us at scary speeds across pot holes, crevasses, and sloping dirt roads. It's not easy to travel here, but it's rewarding. There is no other place like it on Earth. 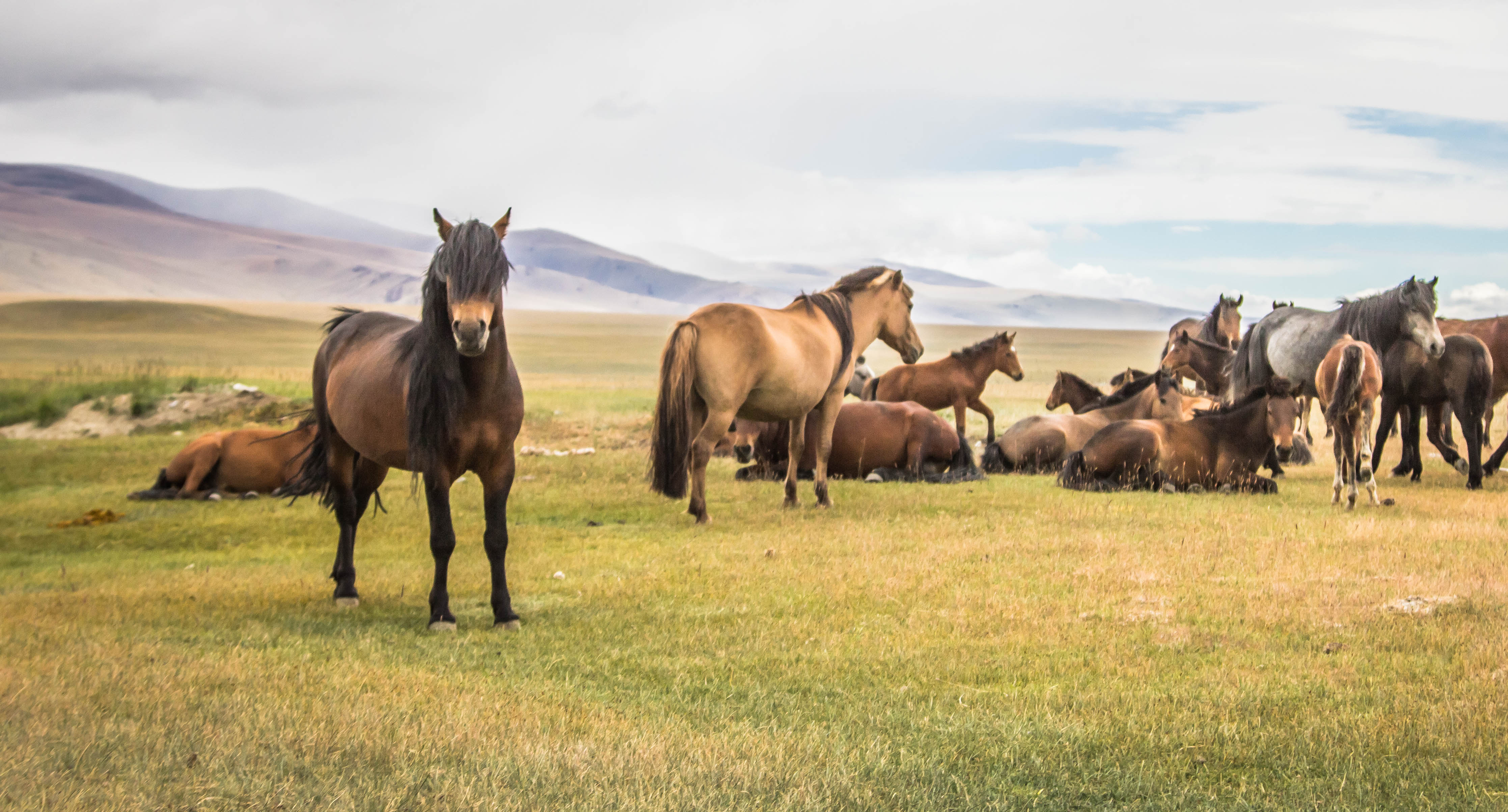 Ulaanbaatar is much like any other capital city, though it's a lone beacon of modernity. The rest of the country is far more interested in their snow capped mountains and winding rivers. In years past, Ulaanbaatar marked the finish line for The Rally, but recently it was moved to Ulan Ude, Russia. And so the journey continued. After twelve hours at the border we roared (having relieved ourselves of our exhaust pipe in the Gobi desert) into Ulan Ude in Siberia at 10 p.m.

We'd driven almost 10,000 miles through seventeen countries in 35 days. We had finished The Mongol Rally. All but about 20 or 30 made it. Two cars blew up (thankfully everyone was ok), multiple cars rolled, and one team hit a camel (lesson learned: don't drive in Mongolia at night).

Want to Do It?

The adventure of a lifetime happens every summer, but you need to sign up well in advance on the Mongol Rally website. Find some friends as crazy as you are, or join another team, and get to planning. But don't over plan, because you can never prepare for what's going to actually happen. That's the beauty of The Rally. To prepare, make sure you have your travel documents in order and know what visas you will need. It's not cheap to drive 10,000 miles so your biggest challenge will be finding sponsors to help pay for gear, food, and other travel costs. Beyond that, it's off to the races. 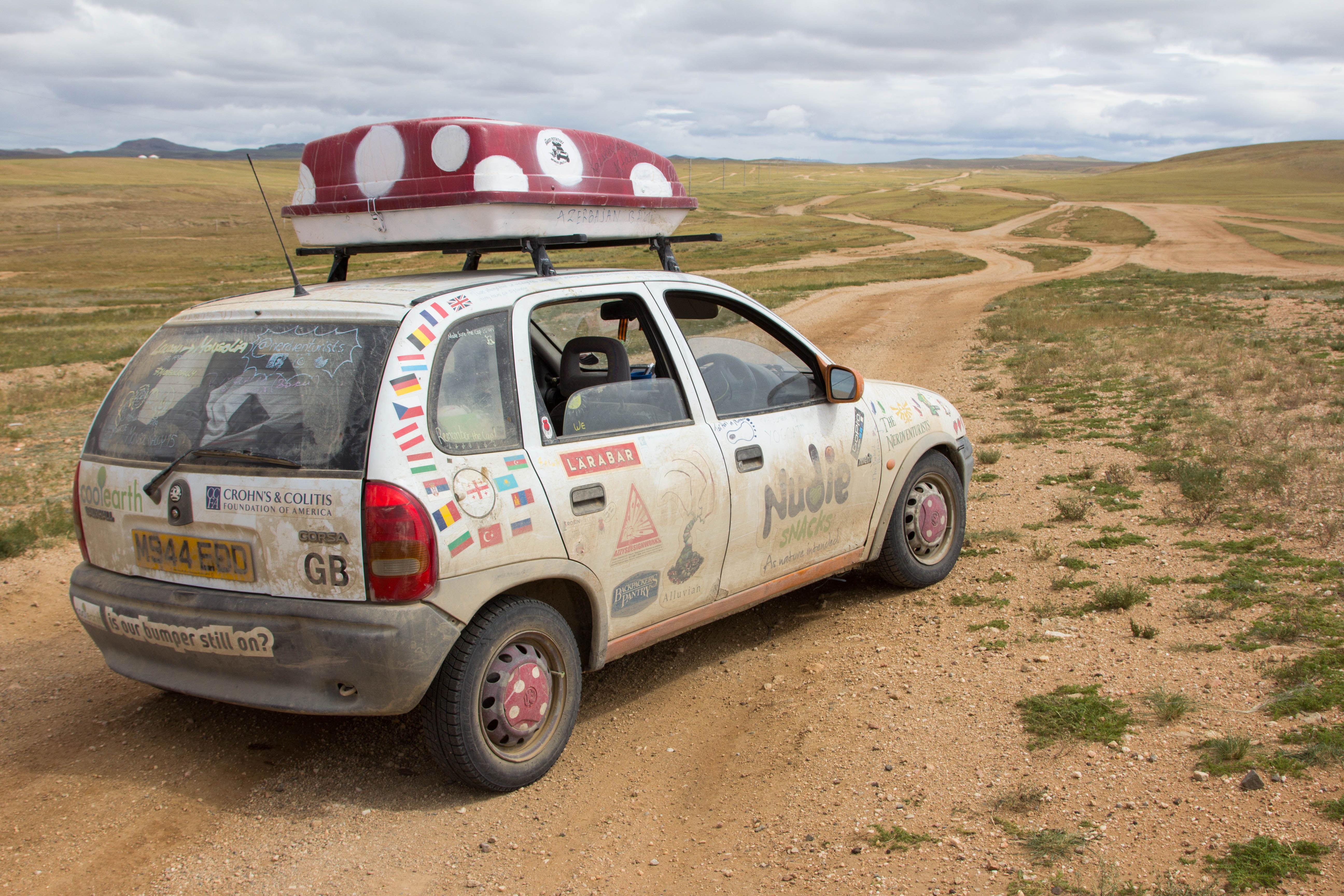