Up, Up and Away: A Guide to the Best Hot Air Balloon Festivals in the US 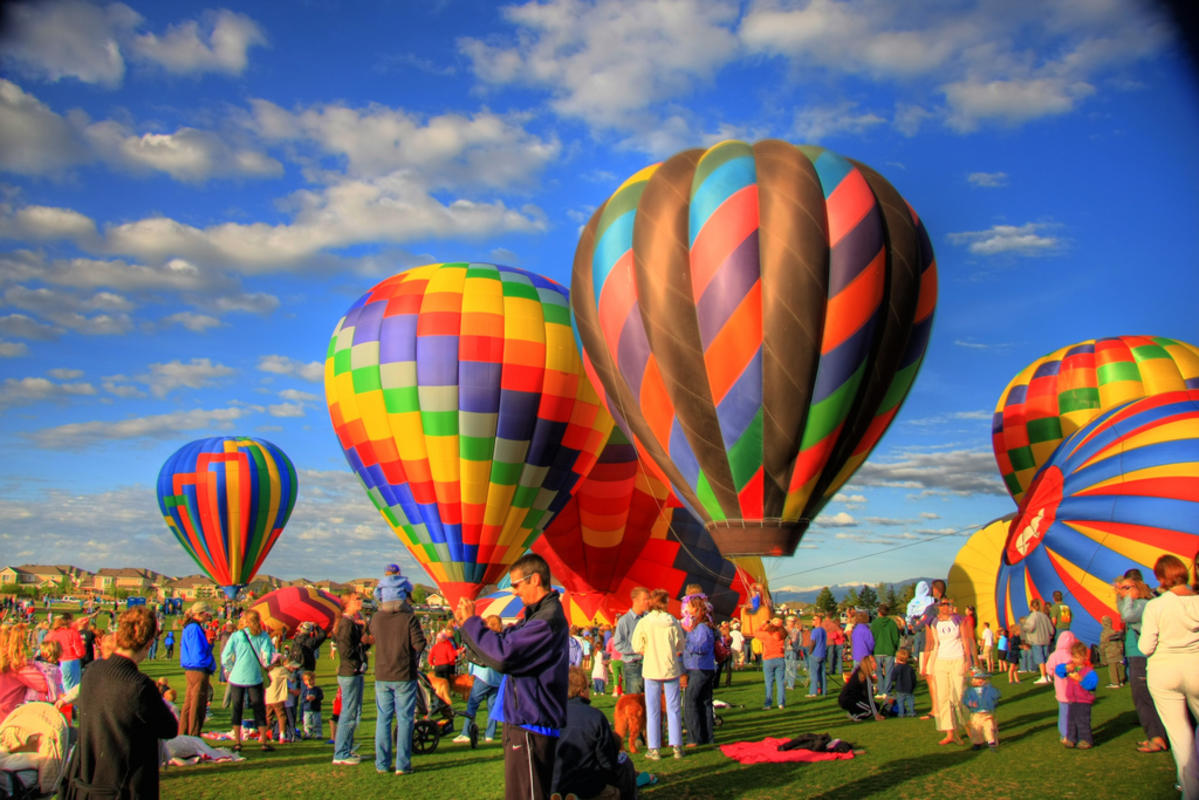 It was October of 1783 when flight-crazed French scientist Pilatre de Rozier launched the world's first hot air balloon. The idea behind his invention was simple: hot air rises. If you fill a bag with hot air and put it outside in cold air, it will float…spectacularly. Ever since, hot air balloons have been a symbol of science, exploration, travel, and modern achievement.

Throughout the year across America, balloon owners and pilots get together to put on spectacular sky shows. Beyond the thrill of riding in the basket, the colors and patterns make for incredible pictures along the horizon. 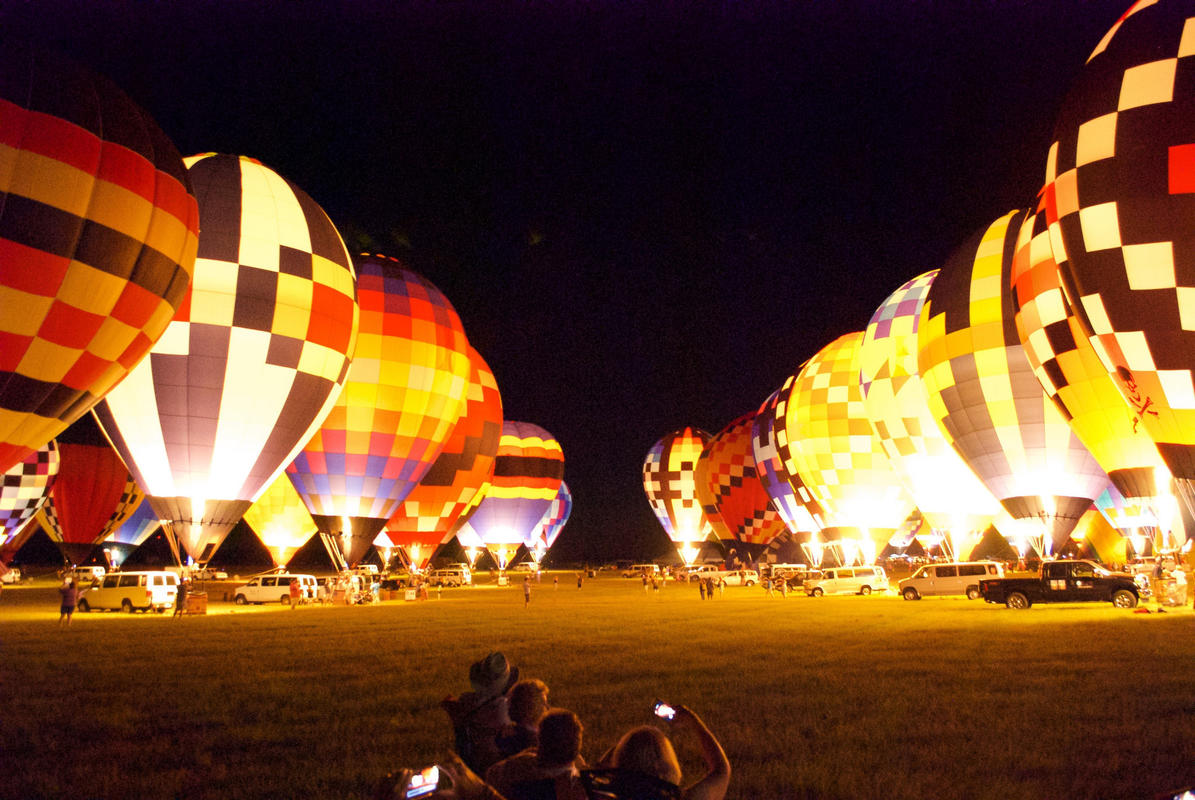 One of the biggest hot air balloon events in the Lone Star State is the Great Texas Balloon Race. Usually held around the end of July, this two-day festival is considered by many competitive pilots and crews to be one of the best on the racing circuit. The race itself is only part of the fun, though - visitors can watch the balloon preparations, wander amongst illuminated nocturnal glows and jam out to celebrated local bands that perform both nights of the festival. 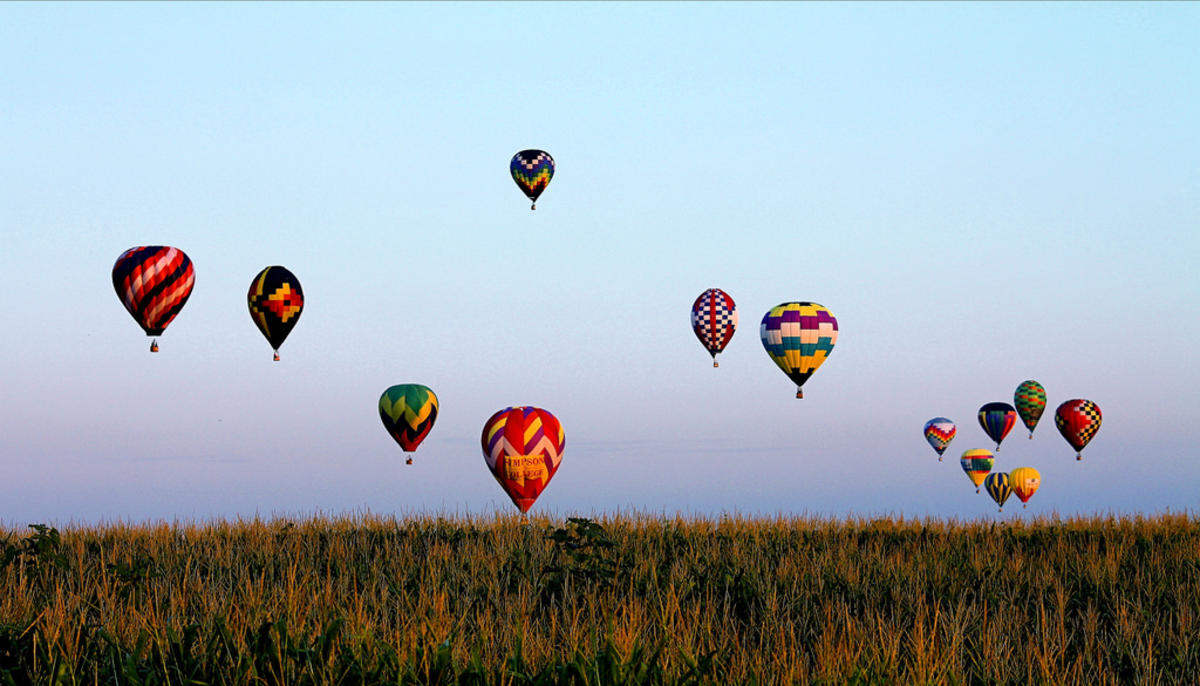 A classic ballooning event, this festival is over 40 years old and annually gets about 100 balloons to participate from around the world. Spectators will enjoy watching the colorful and diverse patterns hover high in the air, fireworks, live music, delicious food, and of course, balloon rides. Running for a full week in late July, there's plenty of time to stop by and participate in this much celebrated event. Learn more about the National Balloon Classic here and enter their raffle for a chance to win a ride! 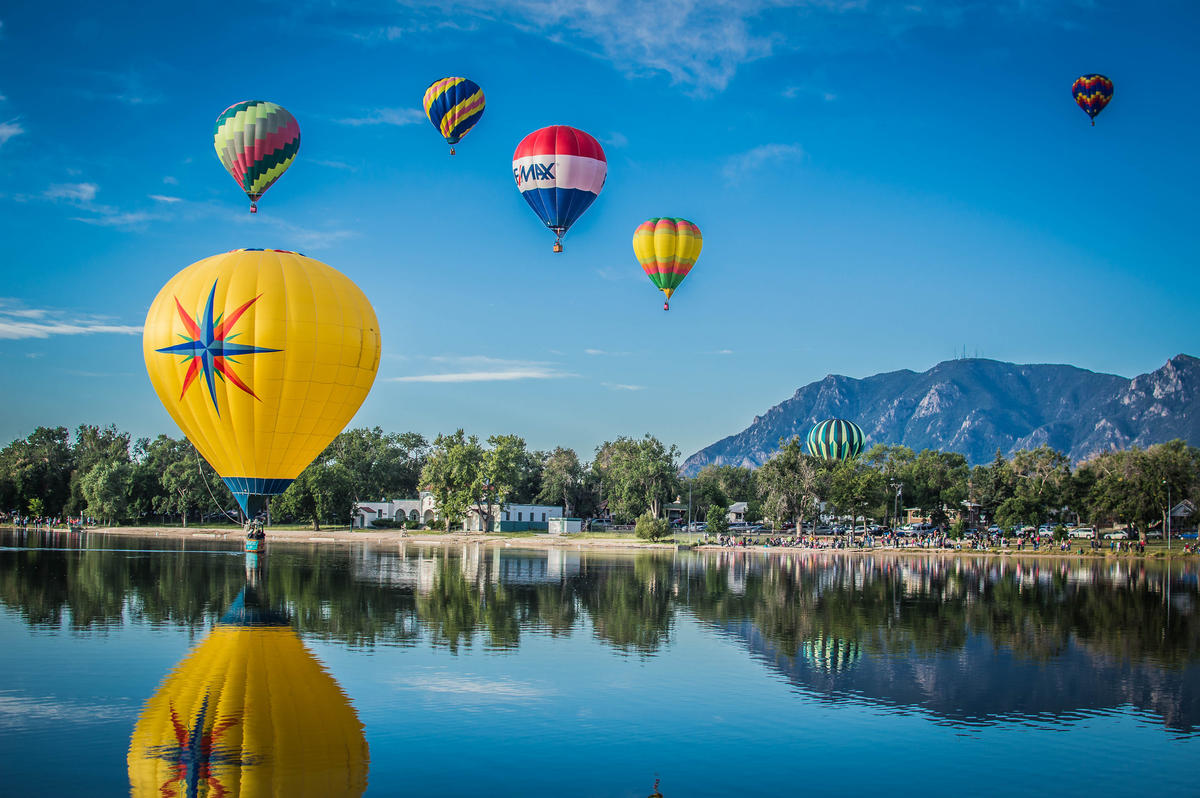 Few spectacles are as visually stunning as hot air balloons soar above majestic Pikes Peak. Colorado Springs is an incredible backdrop with lake reflections in the foreground. Since it was founded in 1977, the balloon festival has become the largest in the state and has gained traction every year with over 100 balloons participating. It's a great place to enjoy local food and enter your best pictures in the photo contest. 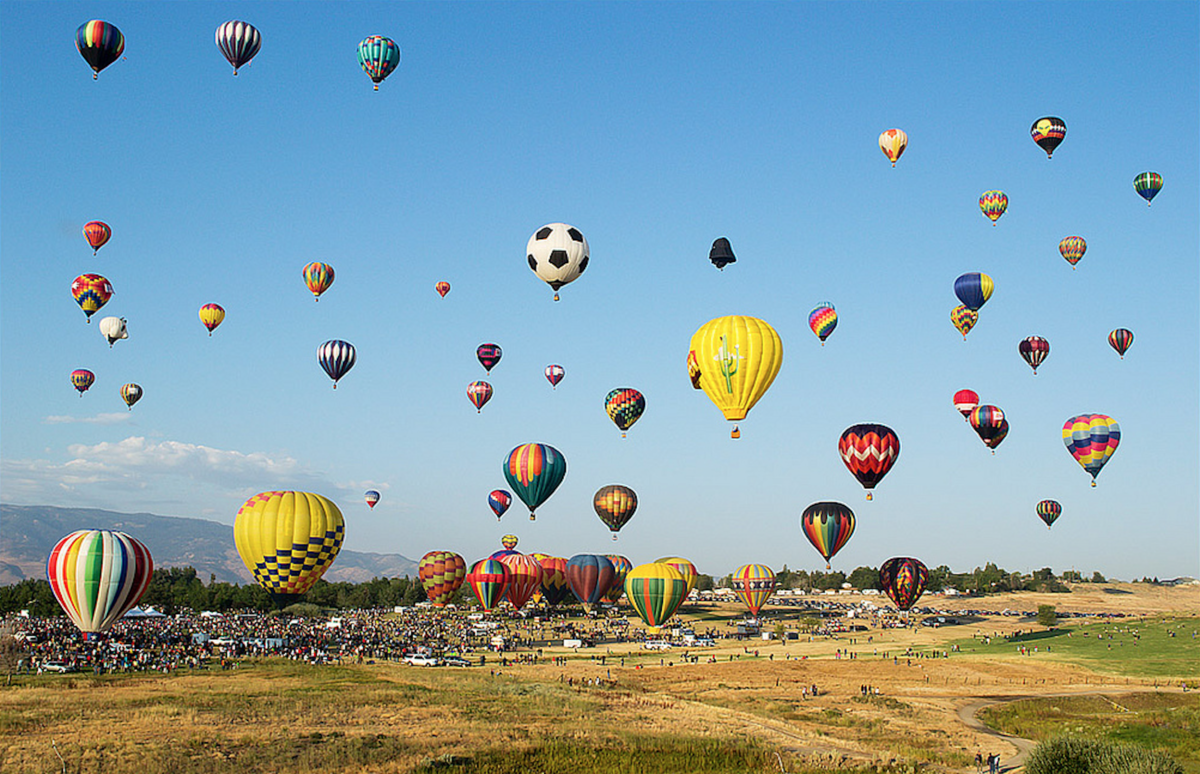 Held annually in early September, this desert balloon race is one of the largest in the region - drawing about 120,000 people to enjoy the rainbow spectrum of color light up the sky. Started in 1984, it's become one of the city’s most touted tourist attractions winning awards like “Best Special Event in Reno” and “Best Special Event in Northern Nevada,” in part due to the fact that it's the biggest FREE hot air ballooning event in the United States. 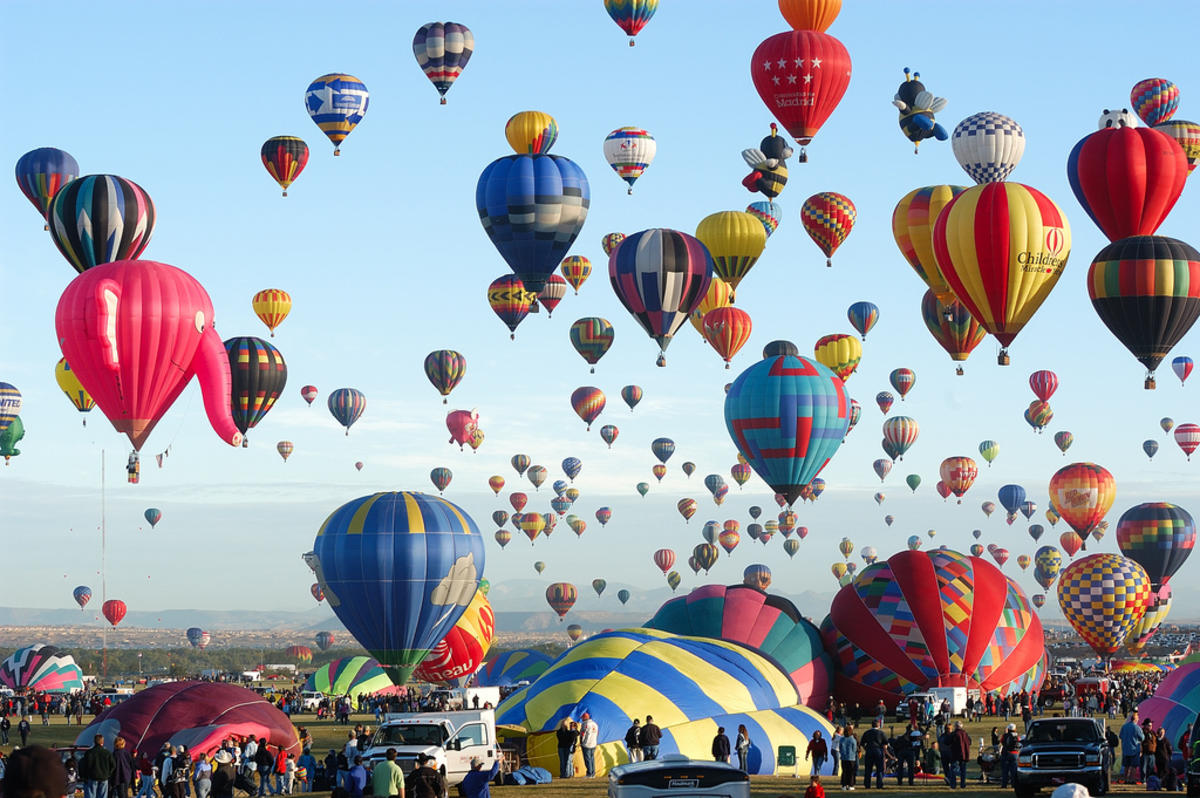 The world's premiere ballooning event, this is one of the most well known hot air balloon festivals on the planet, drawing participants from around the globe. Called the Desert Kaleidoscope, the festival draws huge crowds of balloon enthusiasts eager to witness the “Mass Ascension,” a grand liftoff where hundreds of balloons take flight at once. The event typically happens in early October, so be sure to book your accommodations and tickets well in advance. 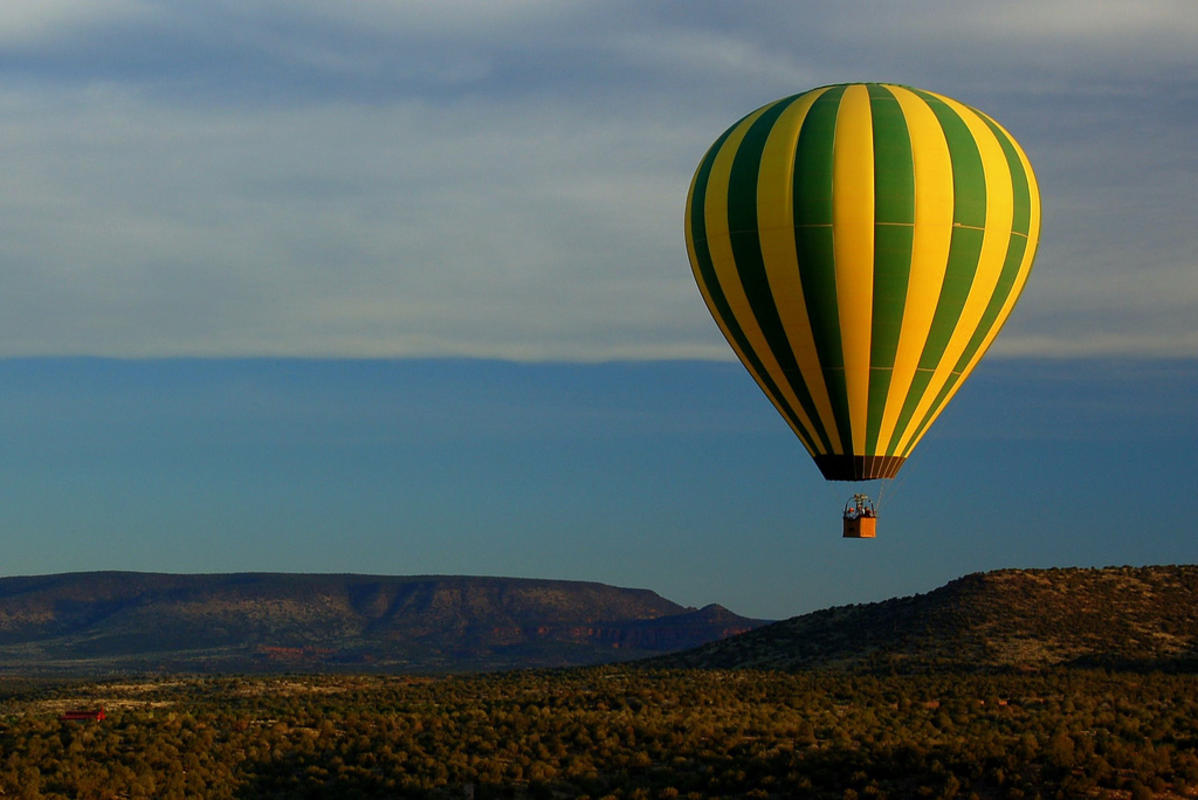 This event is a bit more unique because it takes place in the dead of winter, but in January balloon enthusiasts head to the desert because it's still relatively warm. Just started in 2011, about 20,000 people attend the scholarship fundraiser. It is an exciting budding event that is sure to grow over the coming years, and is the perfect way to celebrate winter in Phoenix.

The 5 Best Fall Festivals in the US