With the summer months fast approaching, there is no food better suited for outdoor gatherings on a long, hot day than a little mouthwatering barbecue. This finger-licking summer staple is relatively simple to prepare, but challenging to master. Fortunately in the U.S., barbecue is a year-round fixture and usually they have a lot of character to match their unique offerings. To many, barbecuing is not just a tasty treat, but it is an art or in places like Texas, almost a religion. Getting the perfect grill technique or accompanying sauce can literally take years to perfect and the best in the U.S. feel that they have come pretty close. From places like Kansas City, Mo. that have barbecue in their genes to large booming metropolis's like Chicago, that have every type of food under the sun, barbecue has taken over the food scene as a delightful dish meant to be enjoyed with good drinks and good friends.

Here we take a look at some of the top barbecue joints around the country. 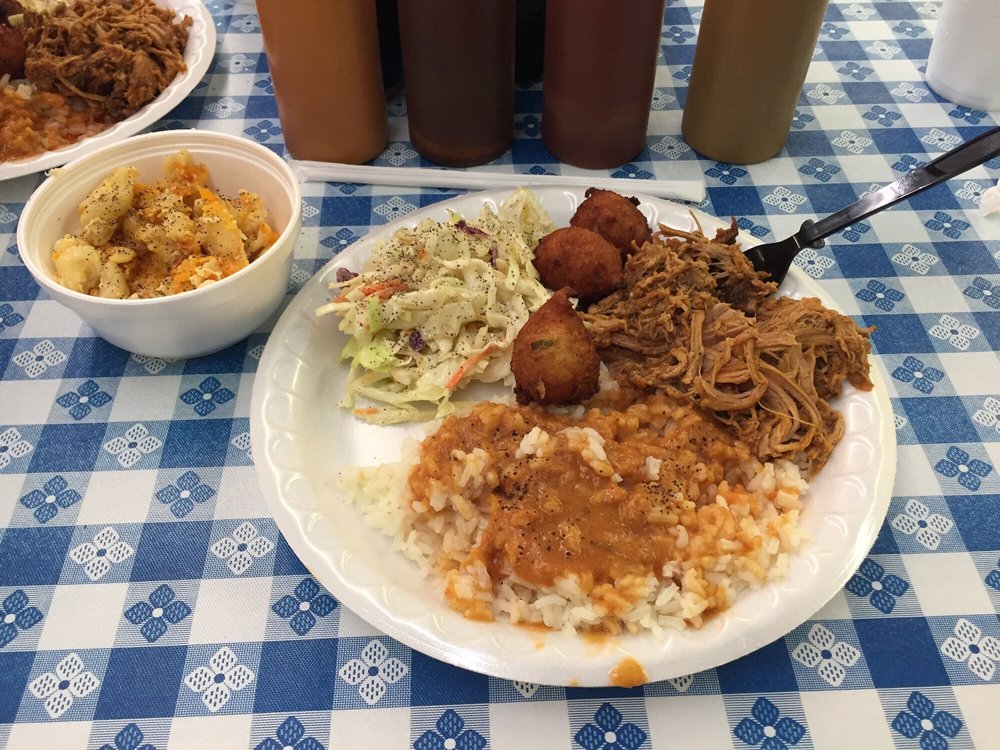 You know a place is good when they are only open weekends and can still make a buck--a big buck in fact. Such is the case with Po Pigs Bo-B-Q (named for owner Robert Bobo Lee) in Edisto Island, South Carolina. About an hour southwest of Charleston, Edisto Island is almost in its own little world, seemingly disconnected from the mainland. The island lies among a series of tangled waterways, has no traffic lights, and beachside residents are required to turn off all outdoor lamps after dark so that sea turtles can lay their eggs in peace. If this sounds a bit primitive, it's nothing compared to the buffet line at Po Pigs. Reminiscent of the old Carolina ritual of a pig pickin', where everything is laid out from "the beard to the tail," all of the meat, both dark and light, is combined on one big slab. There's even pork cracklins made from the skin and pig innards hash to ladle over white rice. Choose from four different barbecue sauces, including a unique South Carolinian mustard sauce, and side it with a number of Southern-inspired vegetables such as turnip greens and squash casserole. Don't forget the hush puppies to top it all off. 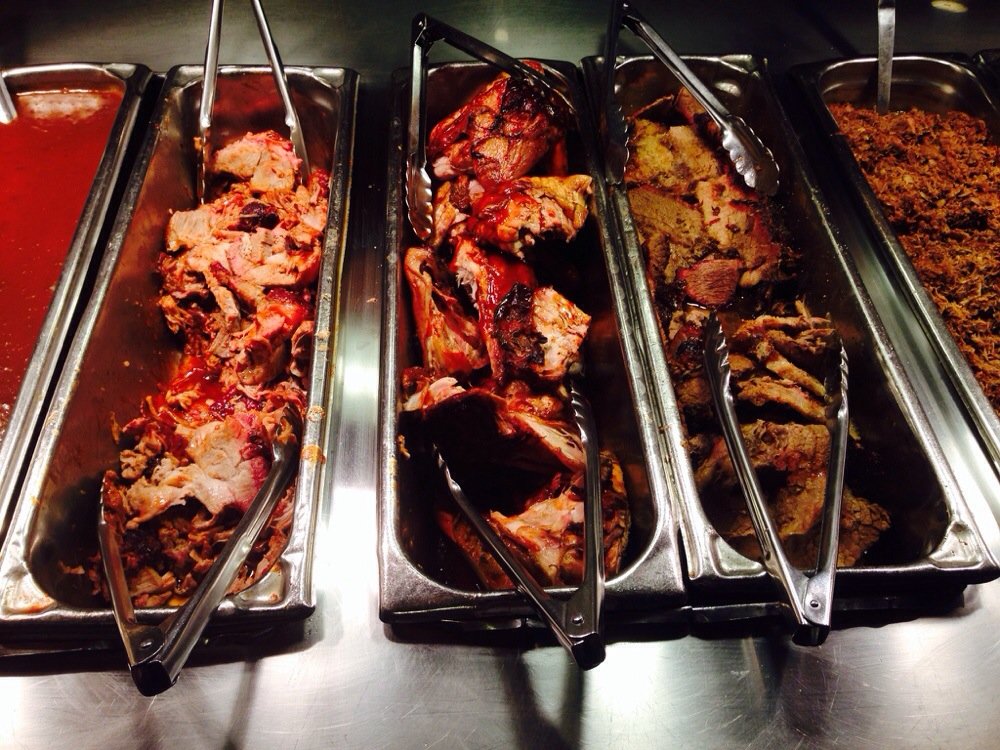 If you're looking for a buffet spread fit for a king, Owensboro's Moonlite Bar-B-Q Inn is the place to go. Located just west of Louisville, Moonlite's massive buffet table takes up nearly an entire room, and features a centerpiece of their most popular dish -- mutton. The hunks of mutton are slow-cooked over a hickory-log fire and topped at the table with a tangy, tomato-based sauce that marinates in the meat's savory smoked flavor. Served chopped, sliced and as ribs, the mutton is the key ingredient in burgoo, a local traditional stew with a kick. Served in all the local barbecue joints, burgoo is a thick concoction loaded with vegetables and the ultimate meat trio of pork, chicken, and mutton. Moonlite impresses with their hearty side options that include everything from creamed corn and buttery mashed potatoes to the savory cheesy broccoli casserole. Not healthy in the least, but a true Southern eating experience. For a special treat, head to the establishment the second weekend in May for the International Bar-B-Q Festival, where it is estimated to be the world's largest mutton feast with over 20,000 pounds cooked at the Moonlite each year. 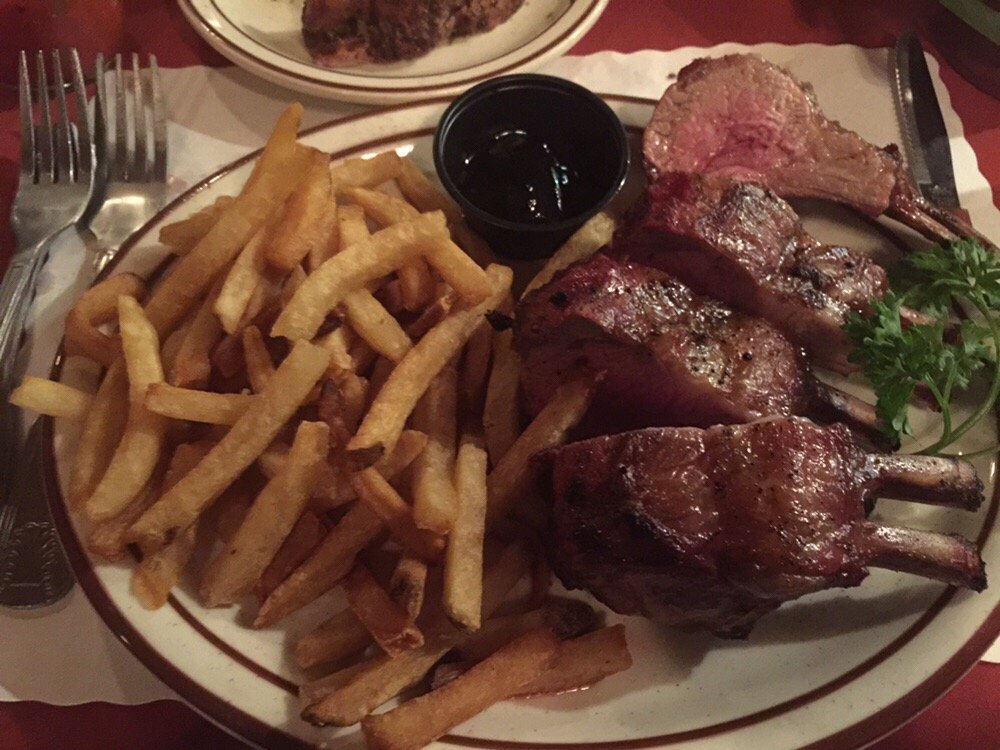 While the former Old West cow-town of Casmalia, California, may not seem like the barbecue capital of the world, it is where California-style barbecuing was brought to perfection by the pioneers. Unlike barbecue in the South and Southwest where meat is cooked for hours on hardwood coals, barbecue in true Californian style is always done in the open, on a grate over flaming oak logs. This longstanding tradition is kept well alive in the weather worn walls of The Hitching Post's 100-year-old building which creates an atmosphere of Western nostalgia. Perhaps a dab of a wine vinegar and oil marinade that is applied as the meat cooks is what gives The Hitching Post's fare it's straight-off-the-fire taste that keeps customers coming back. Be sure to try one of their unique and smoky appetizers, like Linguica, a grilled Portuguese sausage, or quail from North Carolina. Wash it down with some famous California wine from the nearby Santa Barbara and San Luis Obispo regions. 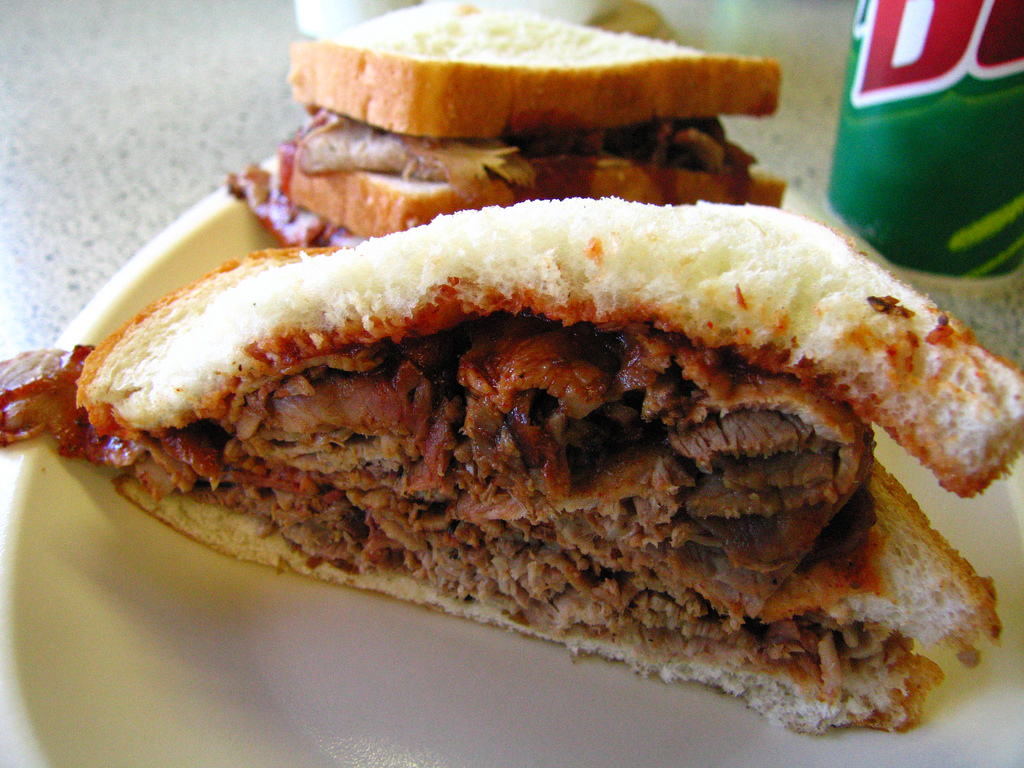 Kansas City has long touted itself as one of the best places in the world for barbecue, and with establishments like LC's, it's not hard to see why. A favorite with the locals, LC's serves tantalizing burnt ends, double stacks, homemade sausages, and unforgettable French fries to tourists and regulars alike. Traditional to the smorgasbord that is Kansas City barbecue, LC's serves a wide variety of meats from pork ribs and beef brisket, to hot sausage and smoked mutton. Kansas City is also known for its eclectic mix of sauces that include flavors as complex as an Indian Curry and spicy Carolina mustard, but it is LC's famous "authentic" hot sauce that will leave your taste buds reeling. You won't want to leave the joint without trying LC's specialty -- the burnt ends "sandwich." It is an impossibly large pile of meat chunks doused in celery seed scented barbecue sauce and garnished with white bread. Burnt ends are particularly popular in the region and are the crisp, chewy nuggets of meat cut from the outside edges of smoked brisket. Heavy with smoke flavor and sometimes coated in succulent fat, the burnt ends alone are enough to draw you into the Midwest fan favorite. 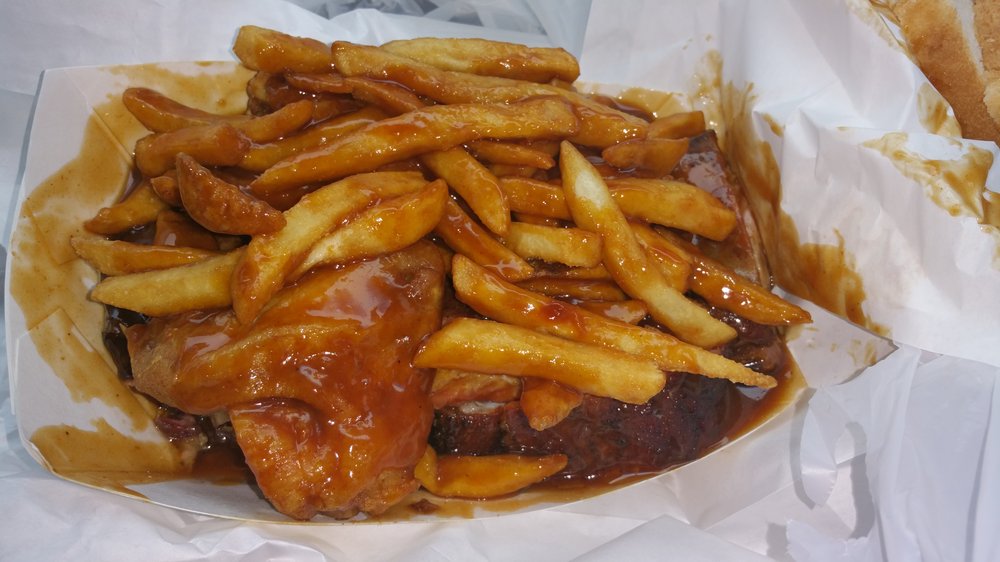 If you're looking for mouthwatering meat that has been a favorite of Chicagoans since 1941, Leon's is the place for you. The favorite city haunt delivers brawny spare ribs that literally drip with juice as you bite into them, and also features excellent rib tips that are tenderloin-tender and swirled with the potent flavors of hickory and oak smoke. With multiple Chicago locations, Leon's is also a convenient stop for many travelers, but try the original location at the intersection of 82nd and 83rd street for the traditional down-home friendliness that Leon's has become famous for over the years. Chicken, perch, catfish, and shrimp are also on the menu if you're not a typical BBQ fan, but honestly, it seems almost sacrilege to go and not at least try a rib or two. 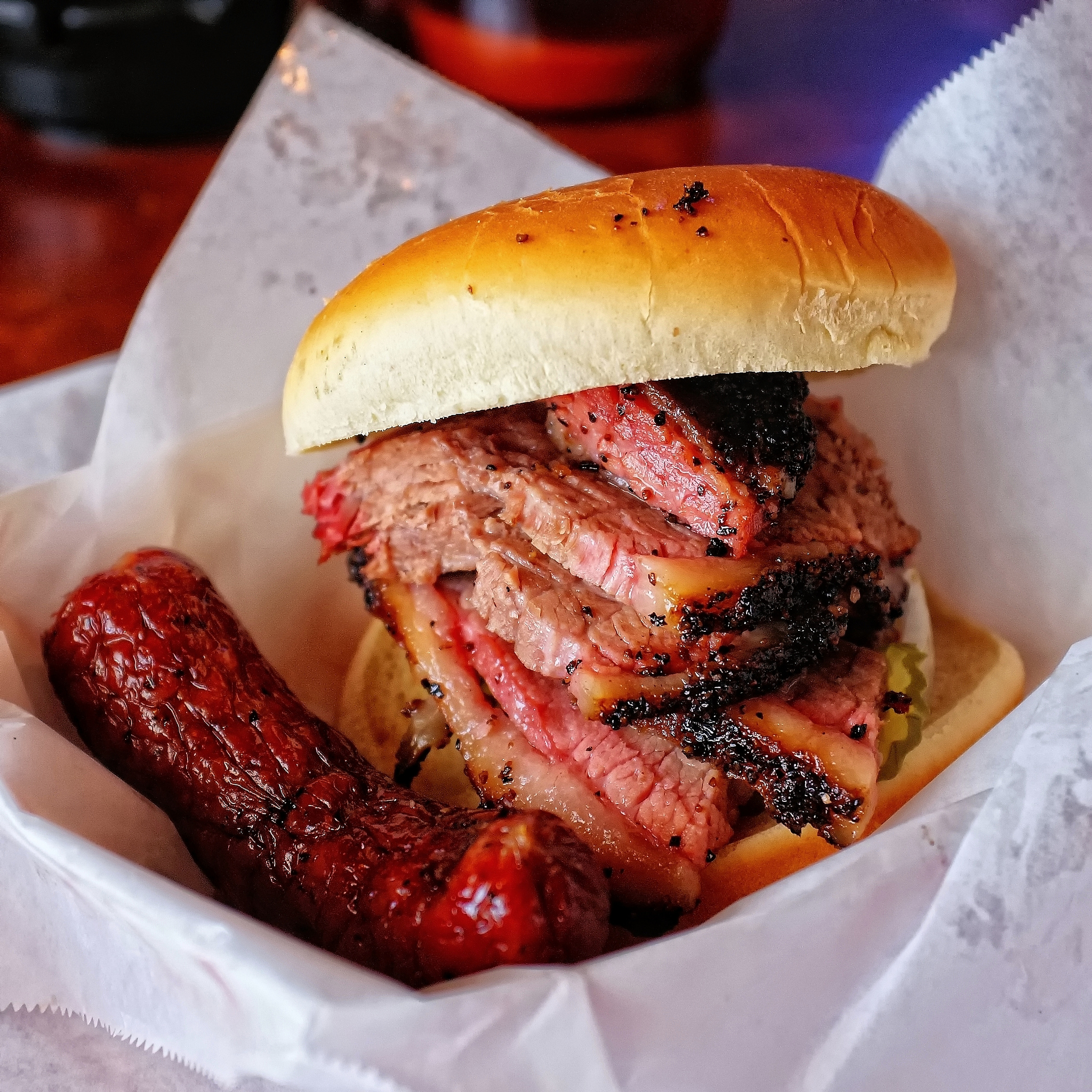 It would seem nearly impossible to compile a list of the best barbecue in the country without including at least one Texas establishment. Texans take their barbecue seriously, and judging by the number of BBQ joints throughout the state, it could be considered an entire food group. Some of the best are off-the-beaten path fixtures, and Louie Mueller's has the same out-of-the-way atmosphere going for it. Located in a former school gymnasium on a side street in the sleepy town of Taylor just west of Austin, Louie Mueller's serves slabs of smoke-cooked beef on butcher paper with a side of white bread. While an au jus sauce is offered, it is the meat that really takes center stage. Brisket, prime rib, and beef sausage are cooked in the haze of oak smoke until the fat seeps out, keeping all the moisture in and making it some of the most flavorful fare you will taste in all of Texas. Louie Mueller's is a true Texas smokehouse experience for any traveler wishing to relish in the region's finest relics.