West Sweden may conjure images of rugged coastline and vast wilderness, but it’s also one of Europe’s most underrated foodie destinations. With seven Michelin stars in Gothenburg alone — not to mention, an abundance of pristine seafood all along the western coast — there are plenty of adventures in food and drink to be had. A few of our favorites include: 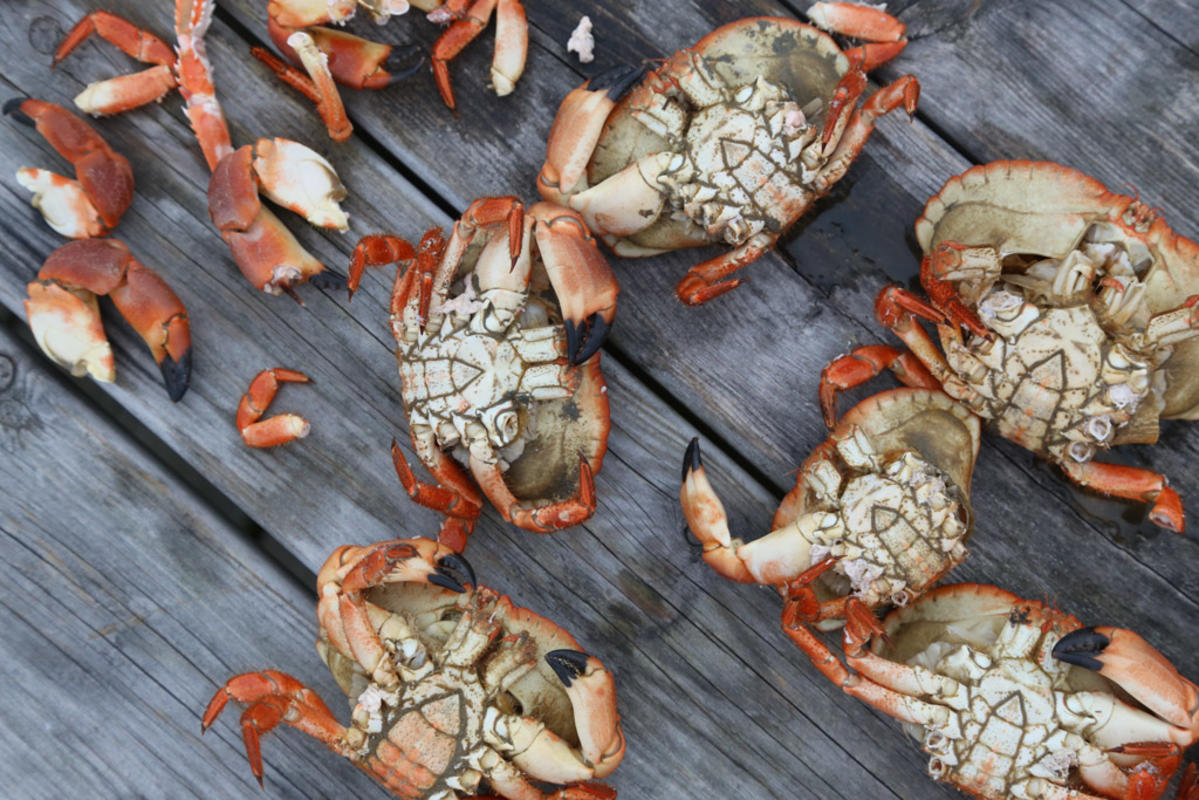 A langoustine party in the Weather Islands

Just a half an hour from the mainland by ferry, the Weather Islands (Väderöarna) is a cluster of 365 isles, though only one is inhabited. (Fun fact: There are more than 8,000 islands in all of Sweden.) At the Weather Islands guesthouse, you can get far off the main tourist path while experiencing a slice of authentic Swedish life. Go on a seafood safari with the resident fishermen as they haul up their crab and crayfish bounty, soak in the woodfired hot tub (pumped full of saltwater straight from the sea) while they prepare your feast, then settle in for a traditional Swedish langoustine party typically celebrated during midsummer but available to guesthouse visitors year-round. 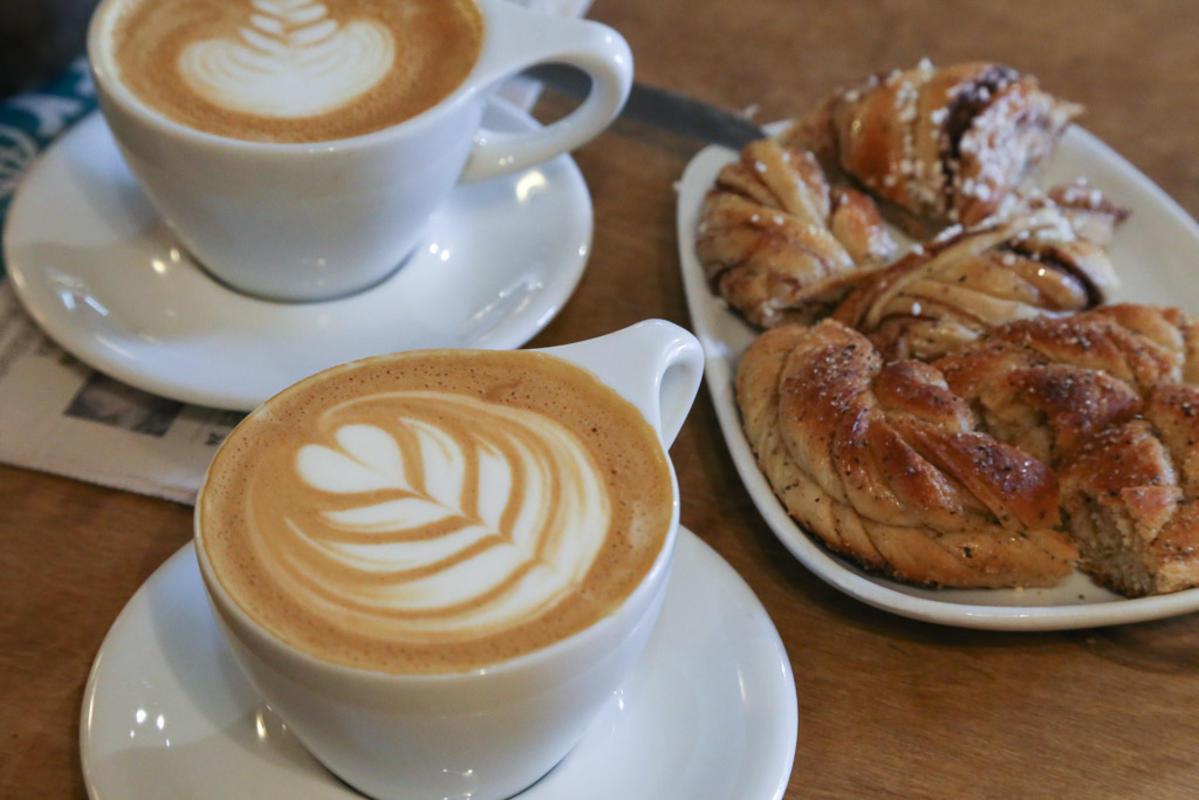 Is there anything better than coffee with cake, particularly when it’s chilly outside? The Swedish have perfected the art of cozy indoors living with the concept of “fika,” a coffee break with friends complete with a selection of decadent cakes and pastries. In Gothenburg, da Matteo — which has been roasting its own beans for 10 years — reigns as one of the most popular spots for a coffee stop and even boasts multiple locations throughout the city (we recommend the roastery outpost in the hip ‘hood of Magasinsgatan). What you’re having: a latte and a kardemummabullar, a sinful cardamom roll that will melt in your mouth. Can we make a motion to spread fika worldwide? 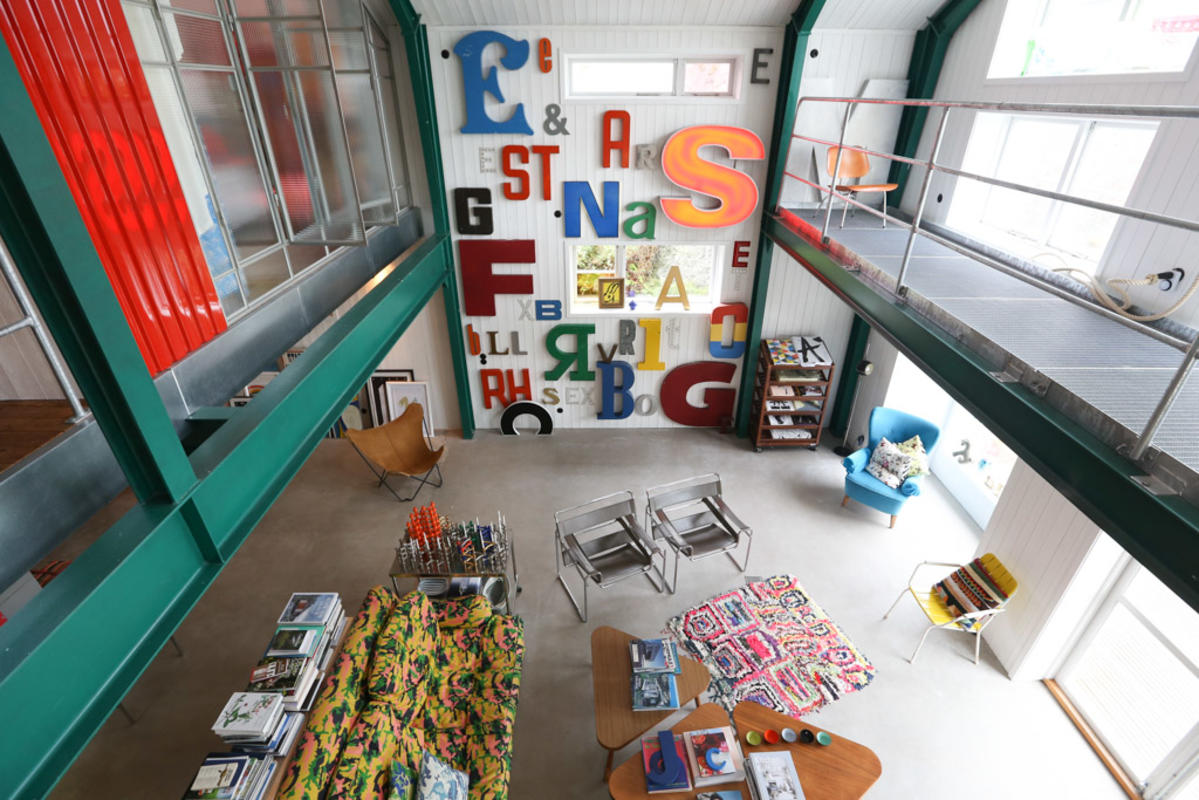 A fish feast at Lådfabriken

It’s fitting that this charming coastal bed and breakfast used to be a fish crate warehouse, as the owners of Lådfabriken, Johan and Marcel, know how to piece together the perfect fish feast. The duo nails it when it comes to both industrial interior design and hospitality, but Lådfabriken is also one of the most unexpected foodie stops along the west coast — so those with a palette for fine dining should go out of their way to stay here, if even just for a night. Pro tip: Take the pair up on their offer to go kayaking off the coast with you, and you’ll see exactly from where your dinner is sourced. If you’re lucky, they may even let you tagalong to the local fish market in the quaint nearby town of Mollösund (population: 250). 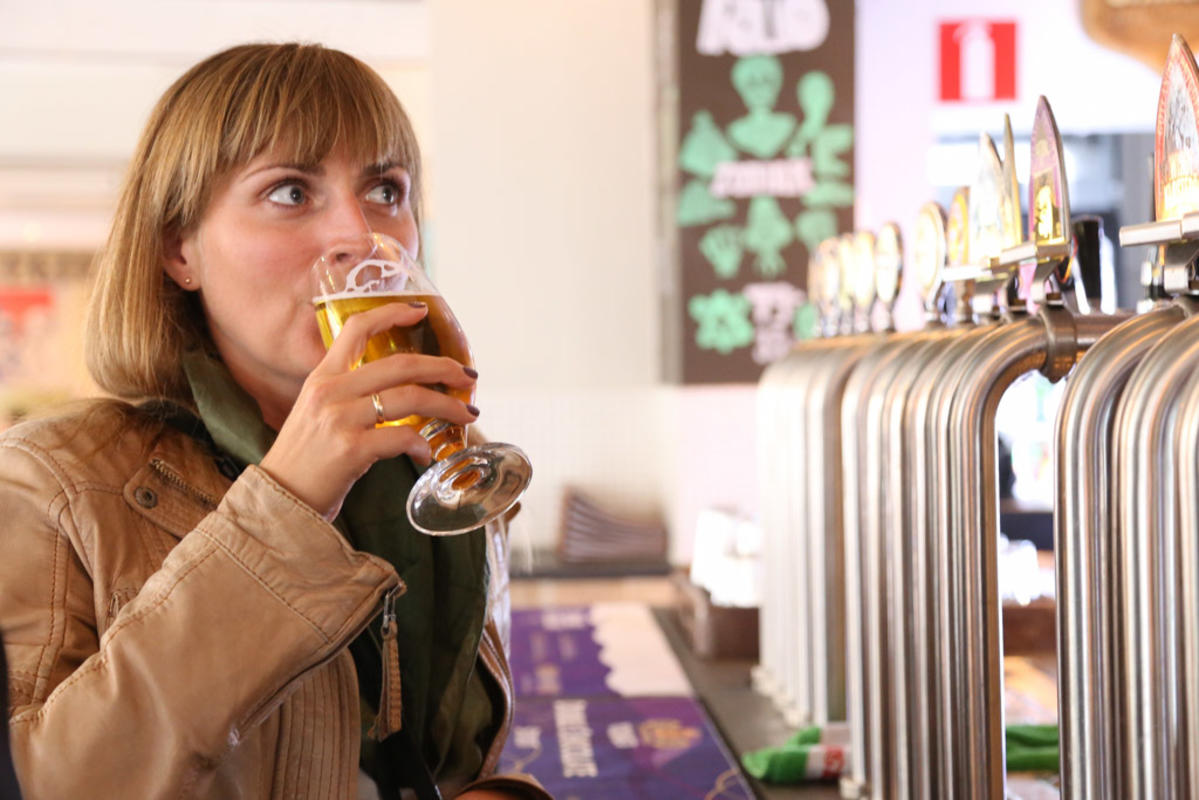 Gothenburg’s beer scene is very much on the rise, though the majority of breweries are either not open to the public or require an advance reservation (or a group) in order to visit. Others like Beerbliotek are only open on select days (such as Friday and Saturday on uneven weeks). Want to sample a bit of everything? Many restaurants have the bulk of the top local brews on their bar list — or you could visit a taproom such as Brygghus in Haga, which serves a comprehensive list of both domestic beers and imports from the tap and in bottles. 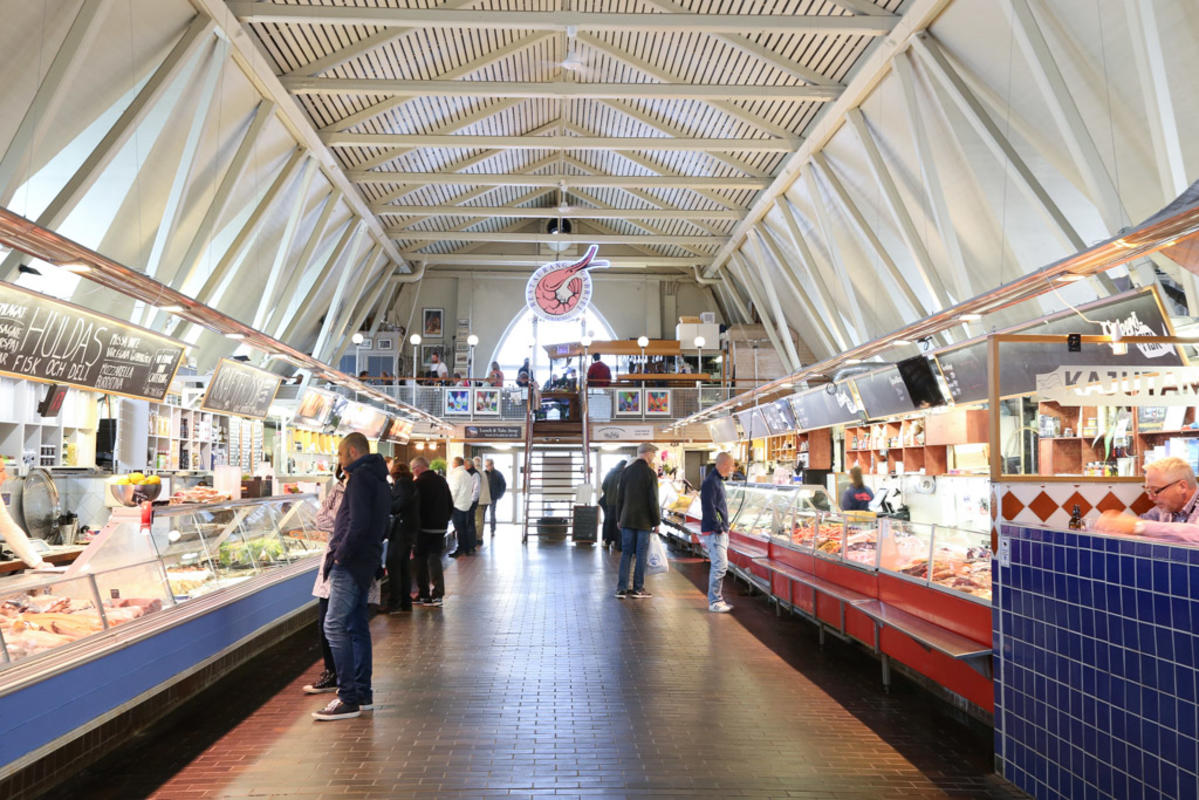 This fish market (Feskekôrka) is more than merely a stop for locals to pick up their ingredients for that night’s dinner; it’s a Gothic-inspired structure built in 1874 resembling a stately church with a sleek balcony restaurant, Gabriel, that doubles as one of the best spots in Gothenburg for fish that’s been plucked straight from the sea. Overlooking the market below, Restaurang Gabriel is outfitted with a handful of tables (make your reservation in advance) and serves some of the freshest catches in all of Gothenburg, from fried herring served with mashed potatoes and lingonberry to true Swedish oysters, which taste like the ocean itself and take seven years to mature. 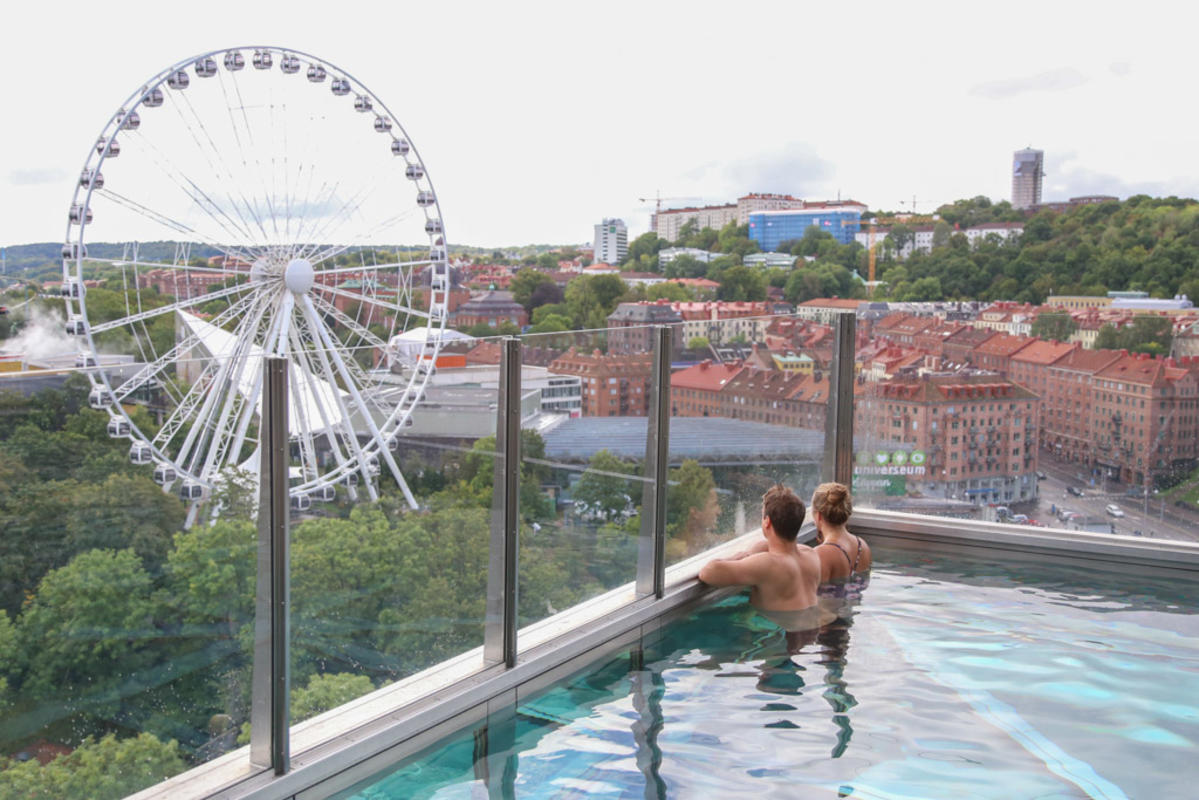 Seeing stars in Gothenburg — Michelin, that is

The country’s second largest city is also considered Sweden’s culinary capital. Among its dozens of acclaimed restaurants are seven that have been awarded Michelin stars: SK Mat & Människor serves tasting menus of regional delights in a casual atmosphere tucked away in a residential neighborhood, while a six-course dinner at the fancy Upper House in Gothia Towers offers sweeping views of Liseberg and the city beyond. Be sure to arrive early to take full advantage of the spa facilities, which include the outdoor, glass-bottom “champagne pool” that protrudes from the building 19 floors above ground.

A First Timer's Guide to Tucson