While Chicago is better known for its meat-centric delights like hot dogs and Italian beef dripping in grease, the burger gets a little love, too. As one of America’s staple foods, the Windy City does the burger justice, from the best patty in the US to more outrageous combinations named after rock gods. 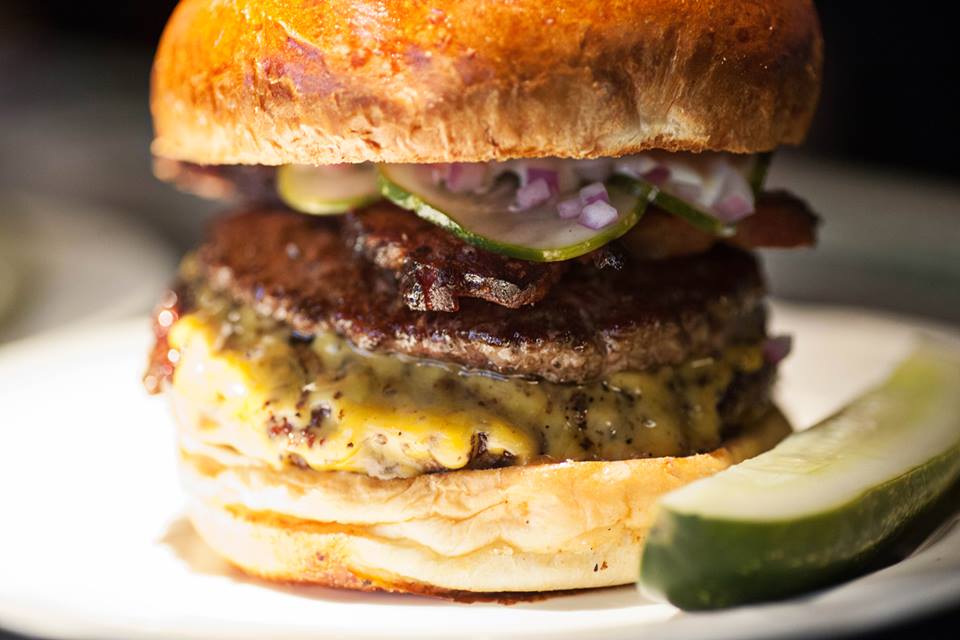 The Best Burger in America

Pretty well connected in the Chicago dining scene, whether a hot spot’s policy is no-reservations or an impossible-to-get reso, I typically manage to talk my way to the top of the list. Until last year, Au Cheval (800 W. Randolph St.) was my Moby Dick. I just couldn’t get my mitts on the West Loop’s now-infamous burger once word got out that it was named Bon Appetit’s “Best Burger in America.”

I would arrive at 2 p.m. on a Tuesday or 11 p.m. on Sunday only to be told that there would be up to a two-hour wait. Yes, off peak hours, for a burger. Each time, I’d leave frustrated, continuing to fantasize about sinking my teeth into that toasted, buttery bun filled with two prime beef patties and American cheese. Sounds simple, but it really is that good. 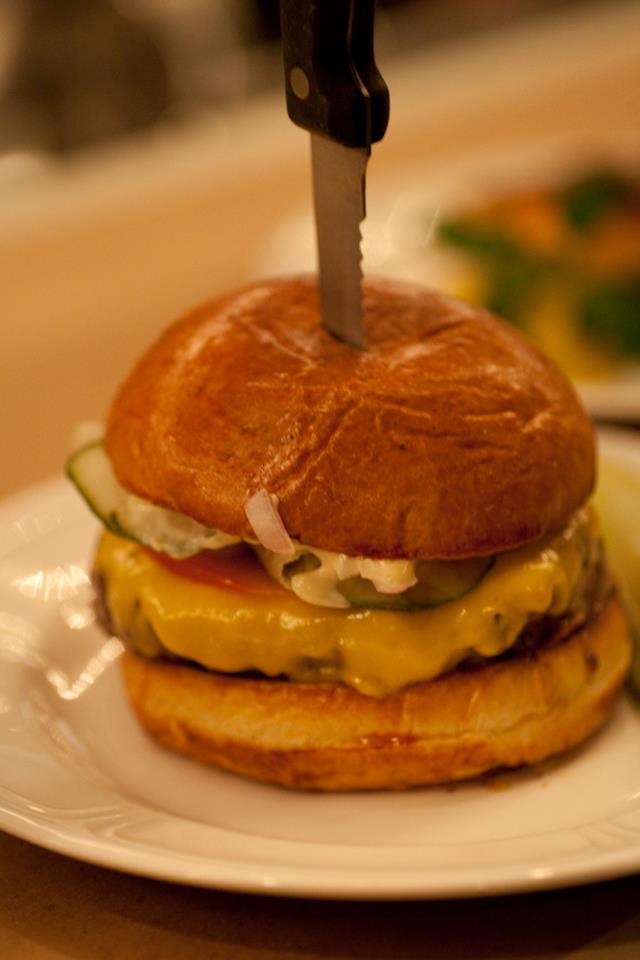 The Best Burger in America – Minus the Two-Hour Wait

One Au Cheval hostess finally showed some empathy and pulled me aside to tell me the secret to getting the tasty burger without ever having to wait: Head to sister restaurant Bavette’s Bar & Boeuf (218 W. Kinzie St.). The French steakhouse is about a five-minute drive and definitely worth the trek.

The only differences between Au Cheval’s burger and the one you’ll find at Bavette’s is that the latter’s comes with a seven-ounce prime beef patty and is topped with Dijonnaise. Otherwise, it’s exactly the same without the headache. Be warned though, it is much fancier than the classic diner atmosphere, and not exactly the kind of place you can roll into wearing an old t-shirt and yoga pants. 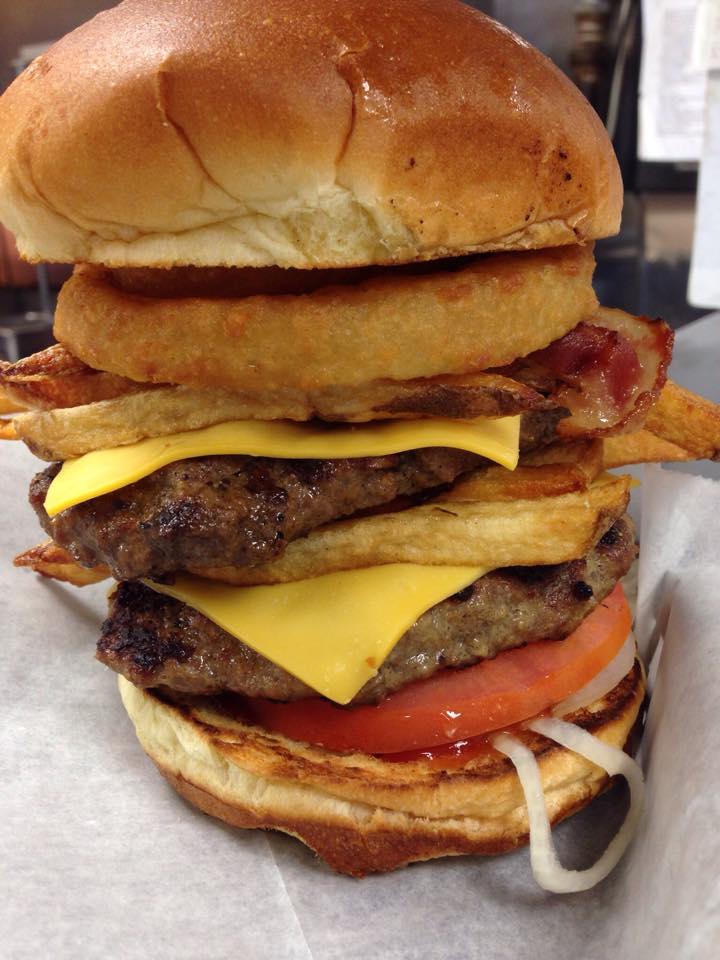 The Best Burger on the Go

If you don’t feel like getting all dolled up for a burger, head to the counter at Fatso’s Last Stand (2258 W. Chicago Ave.) in Ukrainian Village. Best known for their Chicago-style, char dogs and a “secret” off the menu fried shrimp Po’Boy, the burger also gets top billing. Sold as a “single Fatso” or “double Fatso,” don’t let the name deter you, it’s just extra insulation for the long Chicago winters.

A char-grilled masterpiece topped with grilled onions, American cheese and your favorite condiments, ask for the “unseasoned” burger if you’d prefer less salt intake. Somehow though, that manages to make it taste even better. 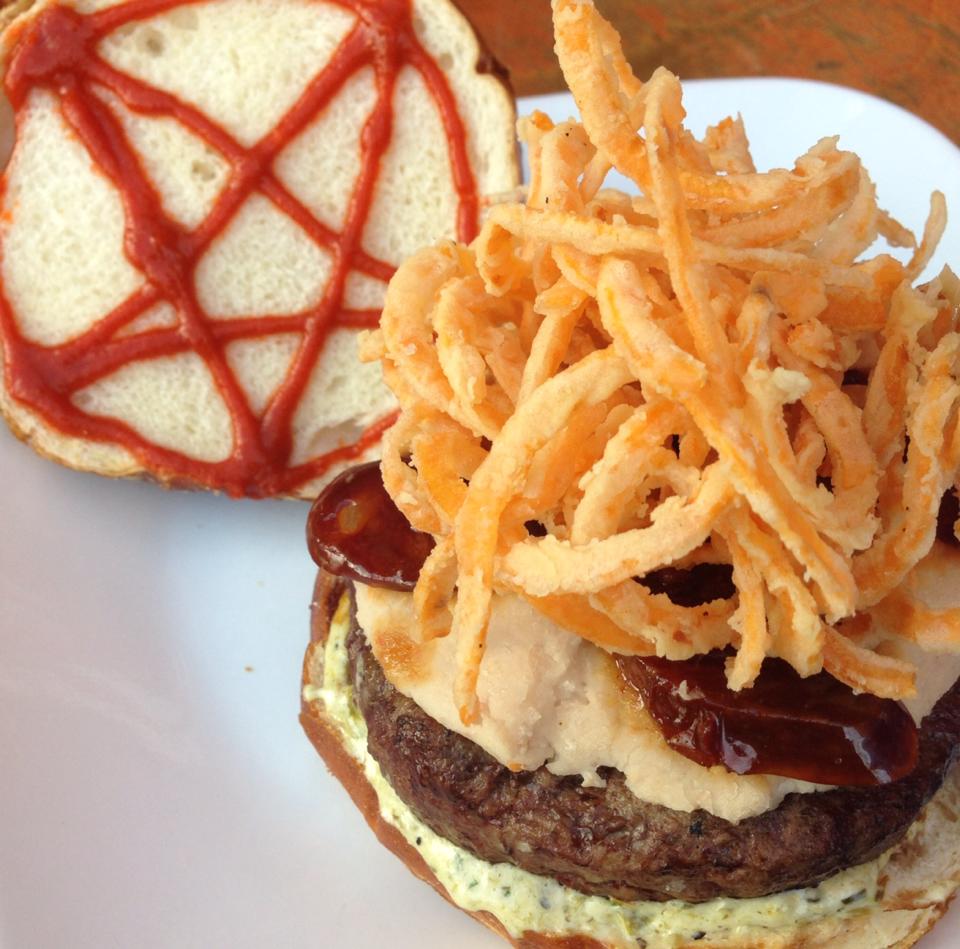 If you’re the type who goes all out with your burger toppings, Kuma’s Corner (2900 W. Belmont Ave.) is an absolute must. A cult favorite in the Chicago restaurant scene, don’t expect fine dining because the ambiance is straight up heavy metal with a side of rock and roll. The burgers are named as such, with favorites like the Black Sabbath (topped with “blackening” spice, house-made chili, Pepperjack, red onion) and Pantera (topped with house-made Ranchero salsa, bacon, shredded Monterey Jack, roasted poblano, tortilla strips). If you’re feeling extra saucy, their mac and cheese is also to die for. Supremely popular, expect waits of about an hour, pretty much at all hours of the day.