Sure, there are people who go to football games purely to see deft passes, bone-crushing tackles and acrobatic, one-handed grabs, but there’s another major perk to shelling out big bucks for stadium seats: the food.

Today’s NFL stadiums are increasingly shifting to a gourmet approach, with high-quality ingredients like Kobe beef and creative takes on comfort foods -- like kimchi hot dogs -- becoming the norm for a fan demographic that once prided itself on no frills tailgating grub like nachos with Cheez Whiz. Some stadiums actually employ Michelin-starred chefs, while others have partnerships with acclaimed local restaurants and even the Food Network. It’s a remarkable change from just five years ago, and it makes the game a whole lot more enjoyable -- especially if your team isn’t playoff-bound. We’ve compiled the best NFL stadiums by their food to enhance the flavor of victory (or sweeten the sour taste of defeat). Keep reading to see if your team made the cut in a culinary revolution that's spread to almost every corner of the country. 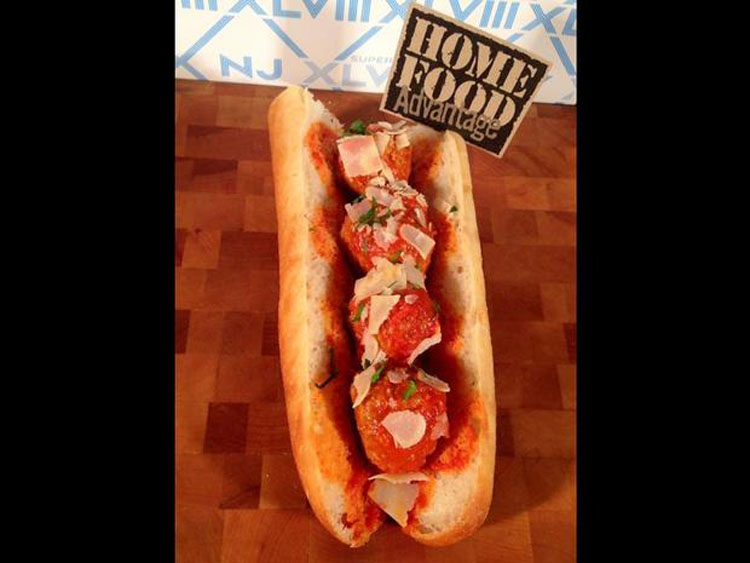 Metlife stadium is home to the teams that play for the culinary capital of the country, and it doesn’t disappoint with its cuisine --despite the fact that it’s actually located in New Jersey. Nonna Fusco’s Kitchen serves pasta, antipasti and meatballs worth fighting for, made of veal, pork and beef that have simmered for four hours in a traditional red Sunday gravy. There’s also the Original SoupMan of Seinfeld fame, and other favorites like the chicken sausage and broccoli rabe sandwich with sharp provolone, and even a deep-fried bacon slab served on a stick that's been slathered in jalapeno-infused maple syrup. Mamma mia.

The food scene at CenturyLink Field is hyper local, with Seattle institutions like Beecher’s Handmade Cheese serving its famous mac and cheese and tomato soup, and Rain Shadow Meats slinging tri-tip sandwiches with caper aioli, rosemary grilled onions and arugula on a Francese roll from Macrina Bakery. There are also Asian eats like the roasted pork rice bowl from Kau Kau BBQ (pictured above) and dumplings and chow mein from Hue Ky Mi Gia, along with healthy options like hummus, quinoa salad, and bubbly kombucha available from numerous vendors. And let’s not forget the dungeness crab roll you can enjoy with 30+ craft beers. 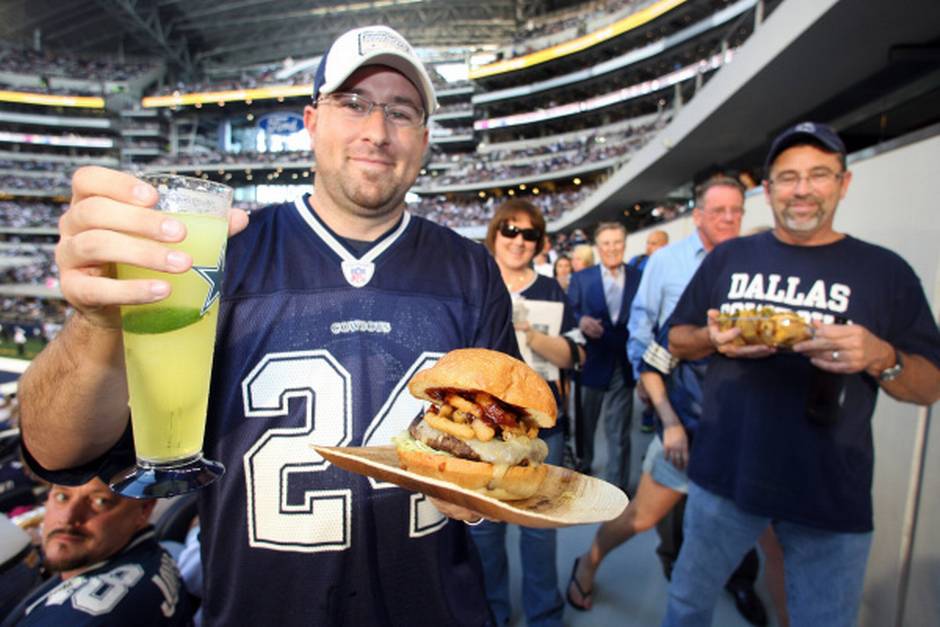 Cowboy's owner, Jerry Jones, is known for his lavish spending and after shelling out billions of dollars to build a brand-new stadium, there was no way he was going to skimp on the eats. And with everything being bigger in Texas, you know you're in for a case of the meats. Burgers at AT&T Stadium are made of Kobe beef, while the tacos are filled with fresh shaved, pineapple-roasted pork adobo in traditional al pastor style. There's also South of the Border favorites like barbacoa and carnitas tortas garnished with bacon-wrapped, deep-fried jalapenos, and house-made gelato cookie sandwiches for dessert. 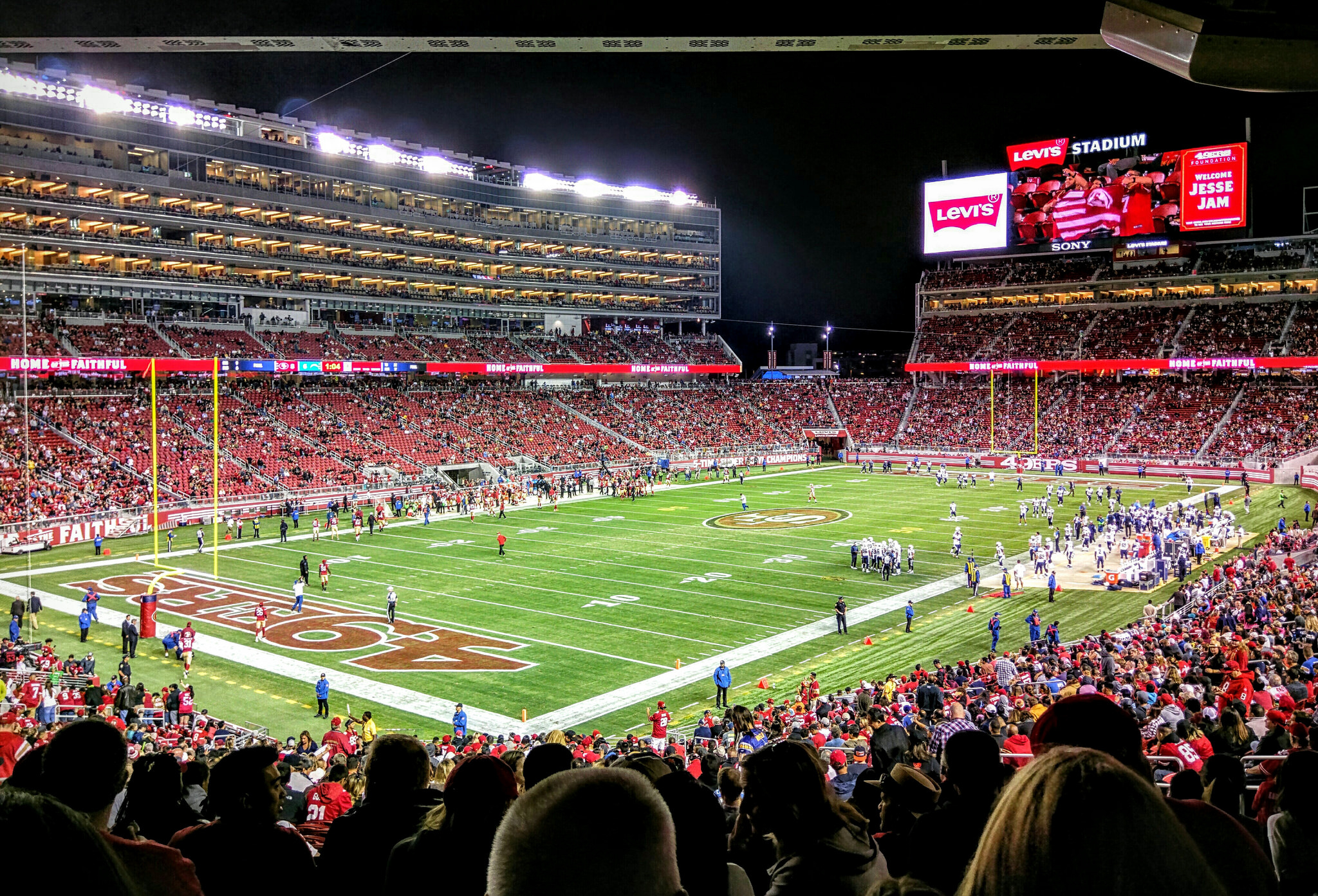 One of the best culinary cities in the country, sports in San Francisco are all about the experience. 49ers fans can sample bao with locally sourced duck and pork belly and plump portobello mushrooms on light and fluffy steamed buns. You'll also find a full raw bar and dishes like crab meat fondue with gruyere and baby spinach, along with over 200 wines from Napa, Sonoma and Santa Cruz. If you’re a true food enthusiast with deep pockets, you may want to pay the hefty $5,000 entry fee to join the members-only tailgate party thrown at every home game by Michelin-starred chef Michael Mina, or just head over to Mina’s in-stadium restaurant, Bourbon Steak, for something classy without the season-long commitment. 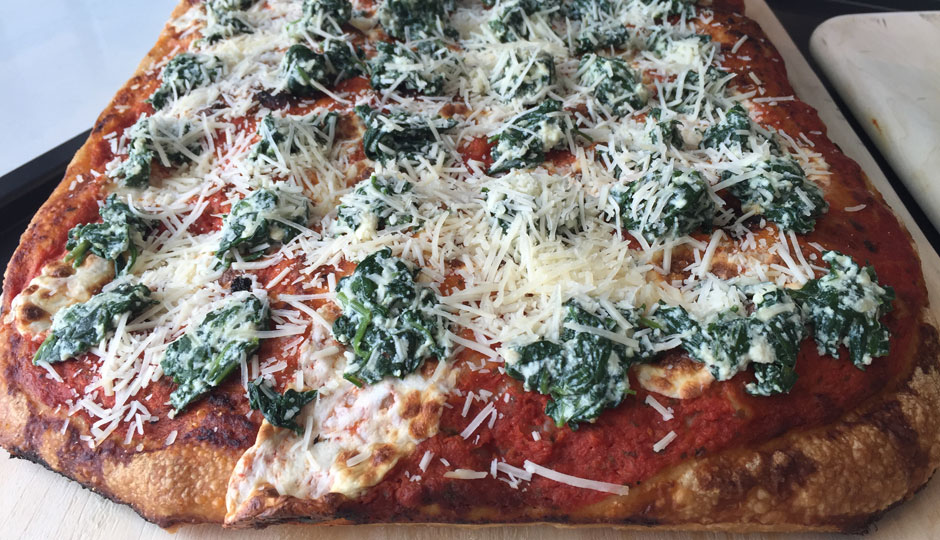 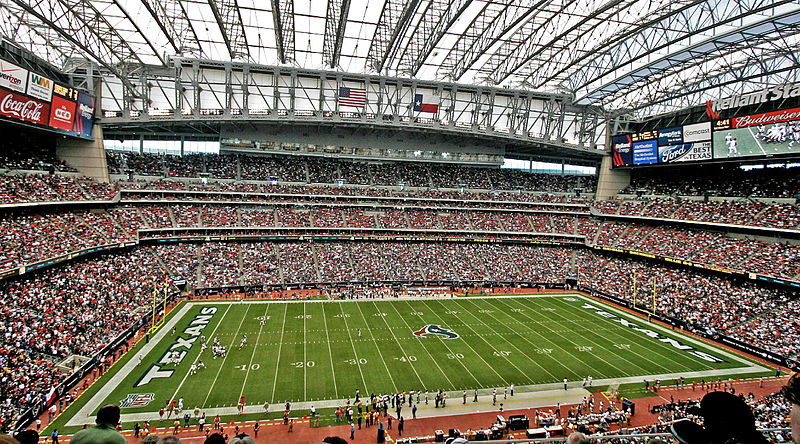 Houston is home to food you’d never expect to find at a stadium, thanks to James Beard Award-winning chef Chris Shepherd of famed restaurant Underbelly. Shepherd fuses ingredients from around the world into his exciting cuisine, like braised goat and dumplings, tender meat tossed in salty-spicy gochujang served with pan-fried dumplings prepared by a Korean-owned shop in the area. Another not to miss dish? The jalapeno cheddar dog with spicy braised beef and Coca-Cola-pickled onions on a baguette. Bring your JJ Watt sized appetite because local restaurant favorite Hay Merchant has also moved into NRG, where they sling some of the best, fall-off-the-bone ham ribs you’ll find anywhere. 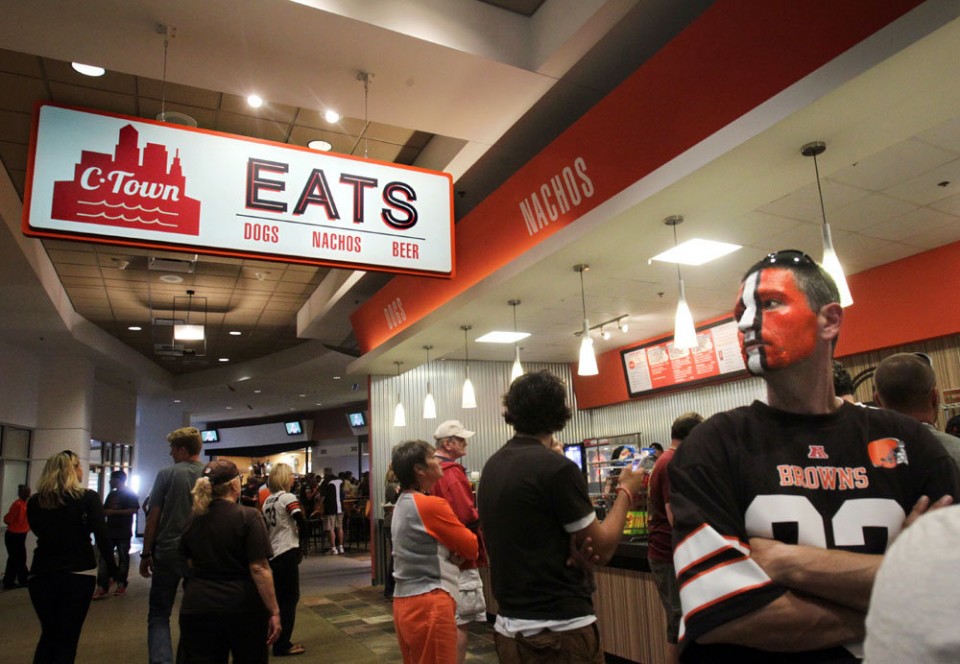 For those who don’t think of Cleveland as a food city, attend one Browns game and you might just change your mind. The burgeoning restaurant scene led by Iron Chef Michael Symon and local stars Jonathon Sawyer of The Greenhouse Tavern, Chris Hodgson and Rocco Whalen, has migrated to the stadium, where you’ll find awesome eats like Sawyer’s confit chicken wings with spicy-sweet peach sauce and Symon’s decadent apple pie bacon shake. There’s also truffle fries with fresh rosemary and parmesan, and Certified Angus Beef hotdogs topped with pineapple salsa, bacon or kimchi aka Korean ‘kraut perfectly paired with the American sports enthusiast. Game on.

I Scream! You Scream! We All Scream for the Craziest Ice Cream Concoctions in the U.S.