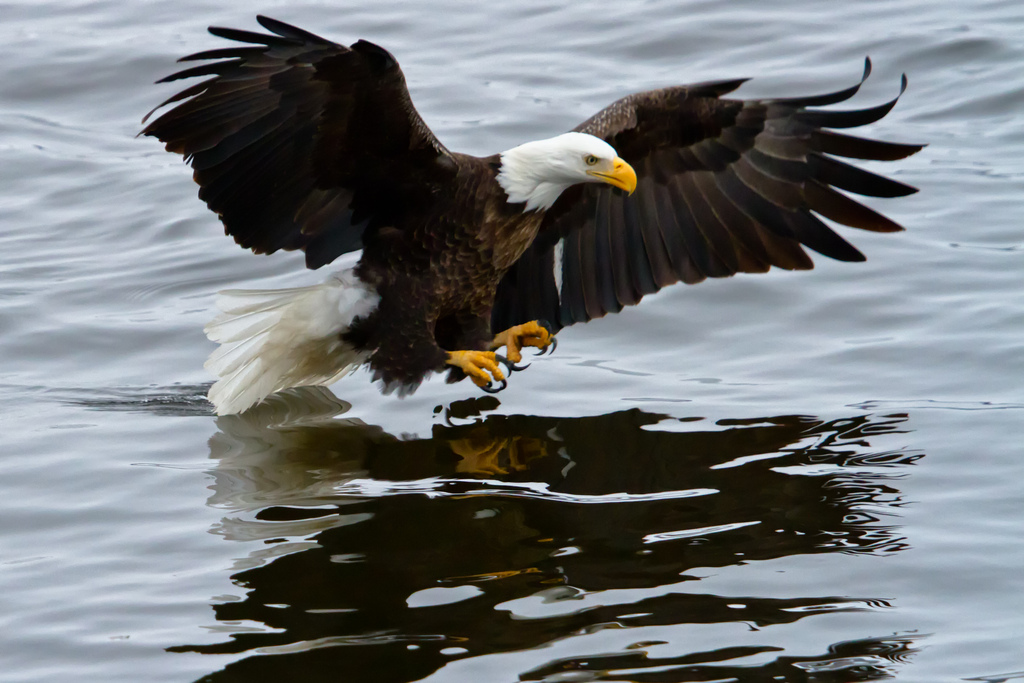 Perched high above the rest of the trees, on a lone tree with only a few limbs at the top, I spotted what I thought was a Bald Eagle. Stoic and still, the white haired bird didn’t move as I slowed my paddle and let the kayak just float in the water. Our guide smiled as he pointed to the bird and whispered, “It’s here.”

Not wanting to press our luck, our guide with Surf & Adventure secretly paddled us to a spot in Back Bay National Wildlife Refuge known for bald eagle sightings without telling us what we were doing. We had weaved in and out of small water openings to a back waterway that seemed far off from the main kayaking stream.

Before we entered the stream our guide was very talkative, but his tone changed as we entered this smaller area. He was quiet and searching the sky. I followed suit, slowing my paddle and looking to my left and right for what could be hidden in the brush around us.

When we spotted it, a rush of excitement filled my entire body. I wanted to scream out loud that I was seeing a bald eagle in the wild for the first time. But I didn’t. I kept quiet, squinting my eyes more and more to make out each detail of his body. I didn’t realize it until I saw one, but seeing a Bald Eagle in the wild felt more like a patriotic duty than just a rare bird-spotting trip.

Apparently there are several Bald Eagles that reside in Virginia Beach, an area I only really considered for having beach culture, completely missing out on the marine estuaries in the surrounding miles.

There were two ways of experiencing the canals -- on kayak or stand up paddle board. Some people camp in the woods nearby and bring their kayaks to get around the area. The water is calm and easy to paddle through and the pay off of seeing a Bald Eagle is the cherry on top.

There are some animal encounters and sightings that are so rare that only a few people in their lives have the pleasure of experiencing. When the animal becomes endangered those sightings become even less. The Bald Eagle is one of those animal encounters that happily is changing so that more people can view them in their natural habitats. Our guide told us how he doesn’t tell people about the Bald Eagle sightings because he doesn’t want to get their hopes up, but that usually his tours will see at least one on a trip.

After kayaking for years in many different places around the world, this trip was truly one of a kind.