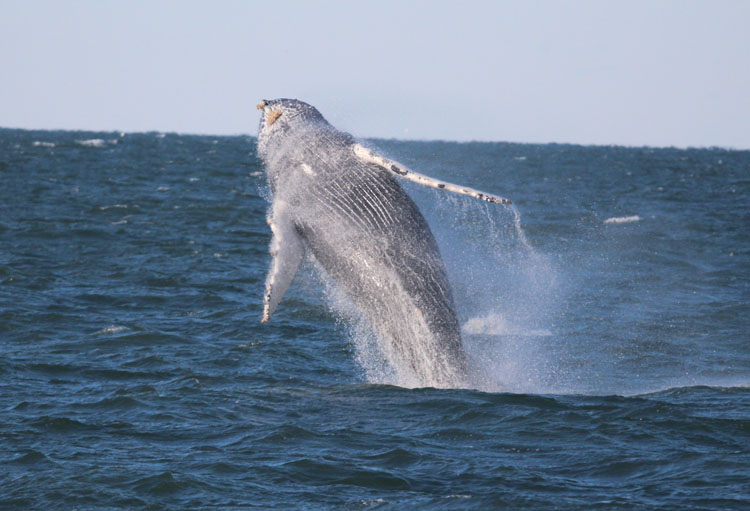 This article was produced in partnership with Visit Virginia Beach

In Virginia Beach, summer shares the spotlight with the rest of the year, so you can live the life in every season. This winter, Virginia Beach welcomes the return of some its most distinguished guests in search of great dining and beautiful waters: Atlantic whales. Whale sightings are common for the area and, so far, the 2016 winter season looks very promising – impressive numbers of humpback sightings have already been reported, along with glimpses of several fin and minke whales. Mild temperatures and plentiful food may be enticing these old friends back to the Virginia Beach coast for yet another busy winter of whale activity.

This year, two boat tour operators offer the chance to see these amazing creatures in Virginia Beach waters. Visitors experience the thrill of a lifetime when these gentle giants appear with behaviors that include breaching, spyhopping (when a whale rises and holds position partially out of the water) and lobtailing (when a whale lifts its flukes out of the water). On a few boat trips this season, tour operators report humpback whales were so close to the boat that guests could smell their “whale breath,” an odor that is said to be quite distinct! Other tours have witnessed whales demonstrating their feeding behaviors, which include bubble netting (when a whale uses its bubbles to corral fish), one of the more rare whale talents to be observed.

Virginia Beach whale watching excursions are offered by two experienced tour operators, each welcoming you onboard a spacious, comfortable vessel with heated cabins and generous viewing areas. The boats approach the Atlantic Ocean through Rudee Inlet and travel north along the resort area and its famed boardwalk up to the mouth of the Chesapeake Bay. In addition to whales, guests on these trips usually see brown pelicans, northern gannets, double-crested cormorants and other sea birds, often making dramatic dives as they feed on schools of fish. 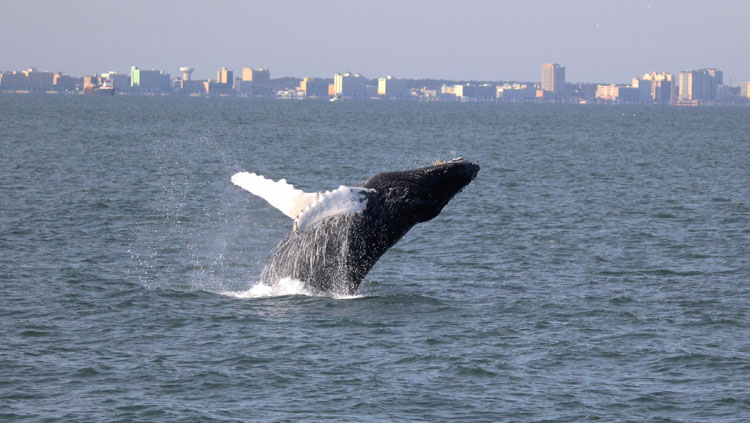 Humpback whales have long been passing by the shores of Virginia Beach, attracted to the food-rich mouth of the Chesapeake Bay and warmer Atlantic Ocean waters. Humpbacks can weigh up to 40 tons and range up to 52 feet long. In addition to humpback whales, fin whales, members of the Rorqual family, also migrate along the Virginia Beach coast. Despite being the second largest animal on the planet after the blue whale, fin whales are known as the “greyhounds of the sea,” capable of speeds of up to 23 mph. These massive marine animals can measure up to 79 feet long and weigh up to 70 tons, which is almost the weight of two fully loaded 18-wheelers. 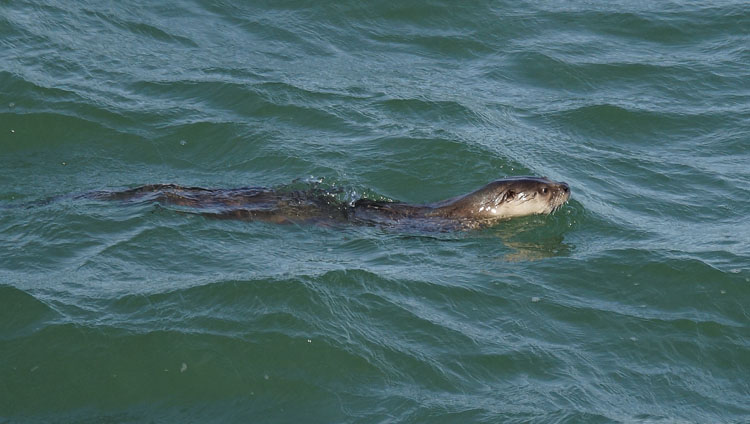 After a boat tour, head over to the Virginia Aquarium & Marine Science Center to learn more about the marine life that calls Virginia home. Featuring 800,000 gallons of aquariums and 300 interactive exhibits, visitors can peer eye-to-eye with sea turtles, sharks, stingrays, komodo dragons and a variety of fish. Complete your winter getaway by sampling what the season does best: try some fresh oysters, savor local dishes, kayak through calm bays, hike a state park trail, stroll along the iconic three-mile boardwalk and visit Virginia Beach Town Center. You’ll find there’s plenty of winter fun in Virginia Beach.

With the region’s mild seasonal climate, Virginia Beach is a popular getaway year-round. The resort city is centrally located on the East Coast in the southeastern corner of Virginia, within easy fly and drive access of two-thirds of the U.S. population. The oceanfront is a mere 20 minutes from Norfolk International Airport, which hosts more than 150 daily flights, and 45 minutes from Newport News/Williamsburg International Airport. For visitors arriving by car, Virginia Beach is two hours from Richmond, VA, four hours away from Washington, D.C. and seven hours from New York City. It is also accessible from the world-famous Chesapeake Bay Bridge-Tunnel, a 17-mile span connecting U.S. Route 17 on Virginia’s Eastern Shore with Virginia Beach.

Explore the Chesapeake Bay with a Visit to the Virginia Aquarium