From meager beginnings as a hub of the Industrial Revolution, Birmingham was the heart of the UK motor industry. Recently reborn as a mecca for shopaholics and foodies, the New York Times named it a top place to visit for its growing reputation in the culinary arts. They boast more Michelin-starred restaurants (three) than any other city in England outside of London – as well as being the birthplace of the balti, Cadbury’s chocolate, Bird’s Custard, and HP Sauce. 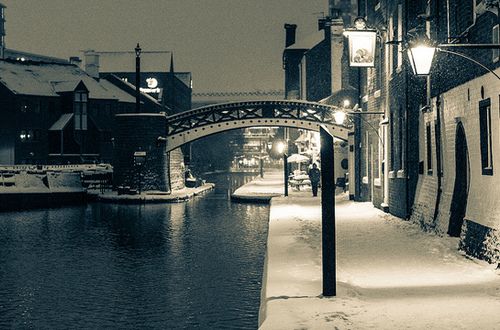 10AM WALK ALONG THE CANALS

Take a leisurely walk along the canal (Birmingham has more miles than Venice!) to Brindleyplace, an oasis of calm with bars, restaurants and shops. For culture vultures there’s contemporary art at the Ikon Gallery, or if the family's in tow, make a pitstop at The National Sealife Centre for vast displays of marine creatures.

A five minute cab ride to Edgbaston and you’re at Simpsons, one of the city’s three Michelin-starred restaurants. Owner Andreas Antona and his brigade will treat you to a fabulous three-course lunch for £40 (about 60 dollars), a much more reasonable deal than breaking the bank at dinner. Afterwards, head to the nearby Botanical Gardens where you can enjoy the Bonsai Garden, glasshouses and beautiful grounds. 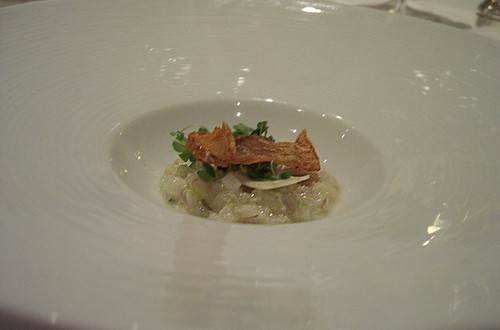 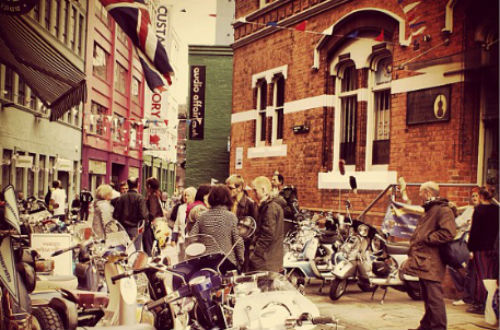 A cab back to downtown and Digbeth and you'll arrive at The Custard Factory, where Alfred Bird first produced his famous egg-free custard powder. Nowadays it’s the creative district of Birmingham and home to some great shops selling everything from beauty and crafts to skateboards and vintage clothing (at Urban Village).

Head upstairs to the rooftop at Marco Pierre White Steakhouse Bar & Grill. Stunning skyline views and the sparkling night sky are accompanied by great steaks, old-fashioned favorites like bread and butter pudding – and Marco’s own beer, The Governor. The man who taught and tamed Gordon Ramsay now has the most talked-about place in town. 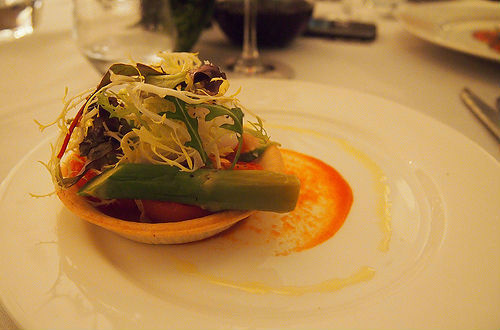 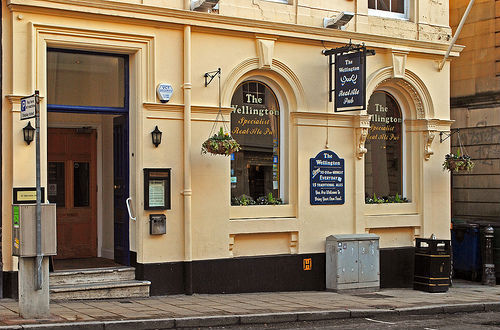 Return to the city center to toss one (or a couple) back at The Wellington Pub, haven to lovers of real ale and a dozen guest beers, all displayed on the big screen along with their color (A-E) and strength. Pints are well-priced and the locals are friendly.

The Birmingham Museum & Art Gallery (BMAG) in Chamberlain Square houses a world-renowned collection of Pre-Raphaelite paintings with rotating exhibitions. Located in a landmark building, it is free to enter, but special collections may have special prices. 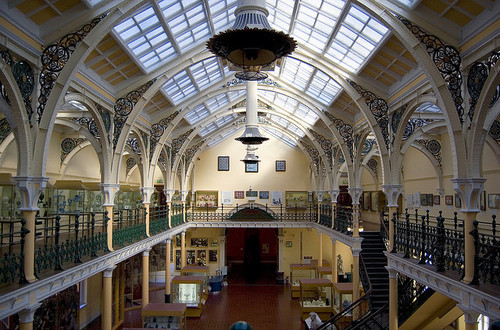 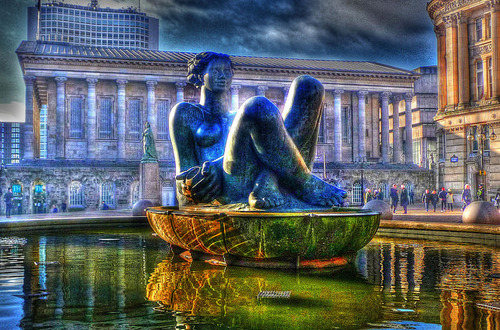 Head past the Town Hall to explore Victoria Square. Snap a picture of ‘the Floozie in the Jacuzzi’ statue in the middle and ‘The Iron Man’ at the foot of the steps. Stroll down New Street to the Bullring – the bronze bull showing you that you've arrived. A shopper’s paradise spread over three floors, it's a designer haven.

There’s Moet Bar & Gallery Restaurant, or grab a bite at the ground floor foodhall which includes YO! Sushi and the Bombay Bicycle Club – and the ever-popular Krispy Kreme donut factory, never short of takers. If none of that takes your fancy, head over to sample Jamie Oliver’s Italian, the Handmade Burger Co or some tasty Thai at ChaoBaby, all of which are in Bullring’s new Spiceal Street food hub.

Check out The Electric, the UK’s oldest cinema – and one of the coolest at that. Over 100 years old, it boasts two digital screens and shows a good mix of the latest mainstream hits along with independent, foreign and classic films. If you reserve a sofa seat, you’re given a special number to text to order more drinks without missing a second of the movie. Now that's service! 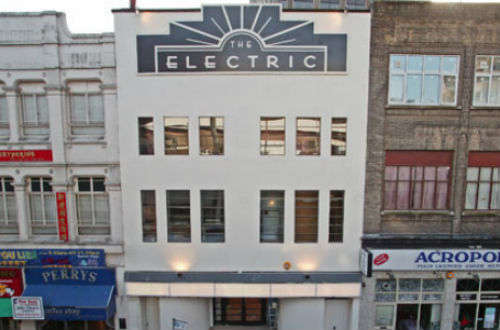 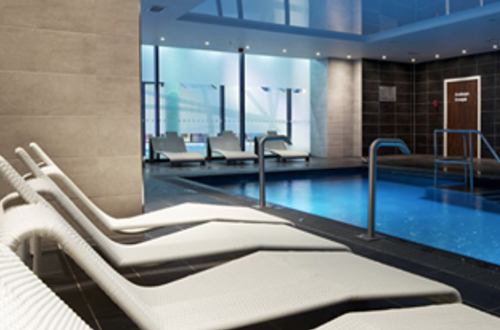 Head back to the ground floor of The Cube for some pampering at the club and spa. Comprised of a gym, Milon and Spin Studio, Two Dance Studios, Champagne Nail Bar, Swimming Pool, Steam Room, Salt Room, Sauna, and Mud Therapy Suite, you're sure to find a treatment or two that tickles your fancy.

7PM THE HARE AND HOUNDS

Hail a cab out to the cool suburb of Kings Heath (it will only cost you about £6 or $9) for a drink at The Hare and Hounds. As well as the ales and atmosphere, it has a great upstairs venue which hosts everything from live music and comedy to vintage fairs, burlesque shows, workshops, and trivia. 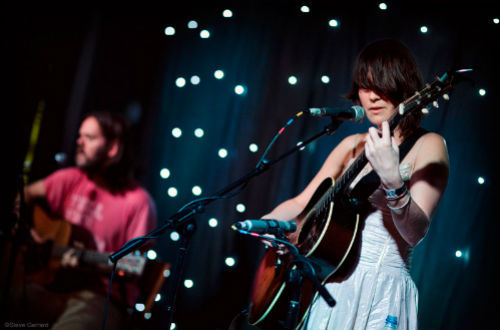 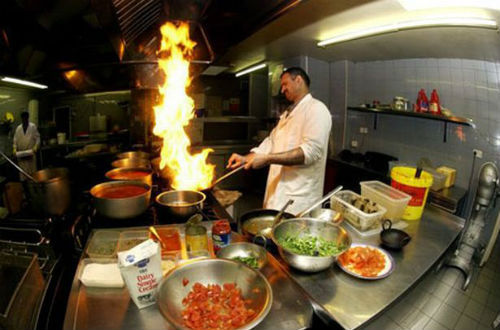 While there is plenty of fine dining to be enjoyed in Brum (as the city is known), it’s also home to the balti, a Kashmir-style curry said to be invented here. Traditionally served in a steel wok-like dish, the most authentic restaurants can be found in The Balti Triangle – three roads of great restaurants including Al Frash and Al Faisal, both BYO.

If spice is not your thing, then Purnell’s is the place to go – where chef turned TV star Glynn Purnell serves up more Michelin-starred cuisine.

WHERE TO STAY: HOTEL INDIGO

A perfect base to stagger home from, Hotel Indigo is a chic, contemporary spot to play in Birmingham. With a killer spa and beautifully appointed guest rooms, you might be hard-pressed to leave the property (especially after you see the champagne nail bar!). 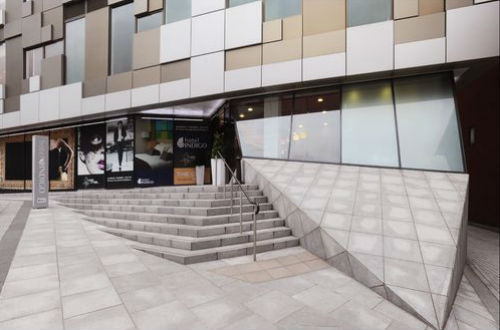