The Train is the Best Way to Travel in Switzerland

Forgo the rental car for the local option. When you travel to Switzerland, you’ll cover ground faster if you use the Swiss Travel System. Most towns are connected by train, which connect further to an extensive bus network. The easiest way to get around is with the Swiss Pass from Rail Europe, offering unlimited use of the country's trains, buses and boats without needing to worry about transfers or conversion rates. The Swiss pass also gives you access to more than 400 museums for free.

Take a look at these awesome routes available on the Swiss Travel System. 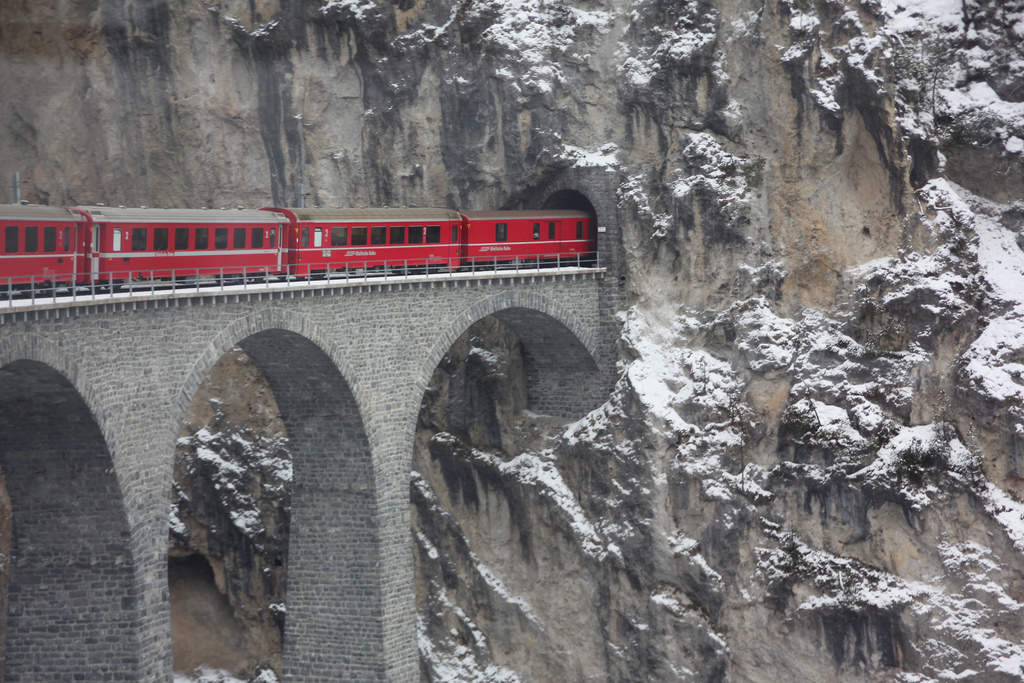 Travel the most famous railway in the world aboard the Glacier Express. In about seven hours, you can go from Zermatt to Davos or St. Moritz through 91 tunnels and over 291 bridges. Panorama cars give your uninhibited view of the mountains, gorges, castles, villages and valleys along the way. The train travels east and west past the Upper Engadine to the 2,033-meter-high Oberalp Pass, down into the Rhine Canyon from Zermatt at the foot of the Matterhorn to the world-famous spa resort St. Moritz. Inside the train car find unparalleled pampering. The first Glacier Express started in Zermatt in 1930. As fans says, it's not about the destination, it’s about the journey. 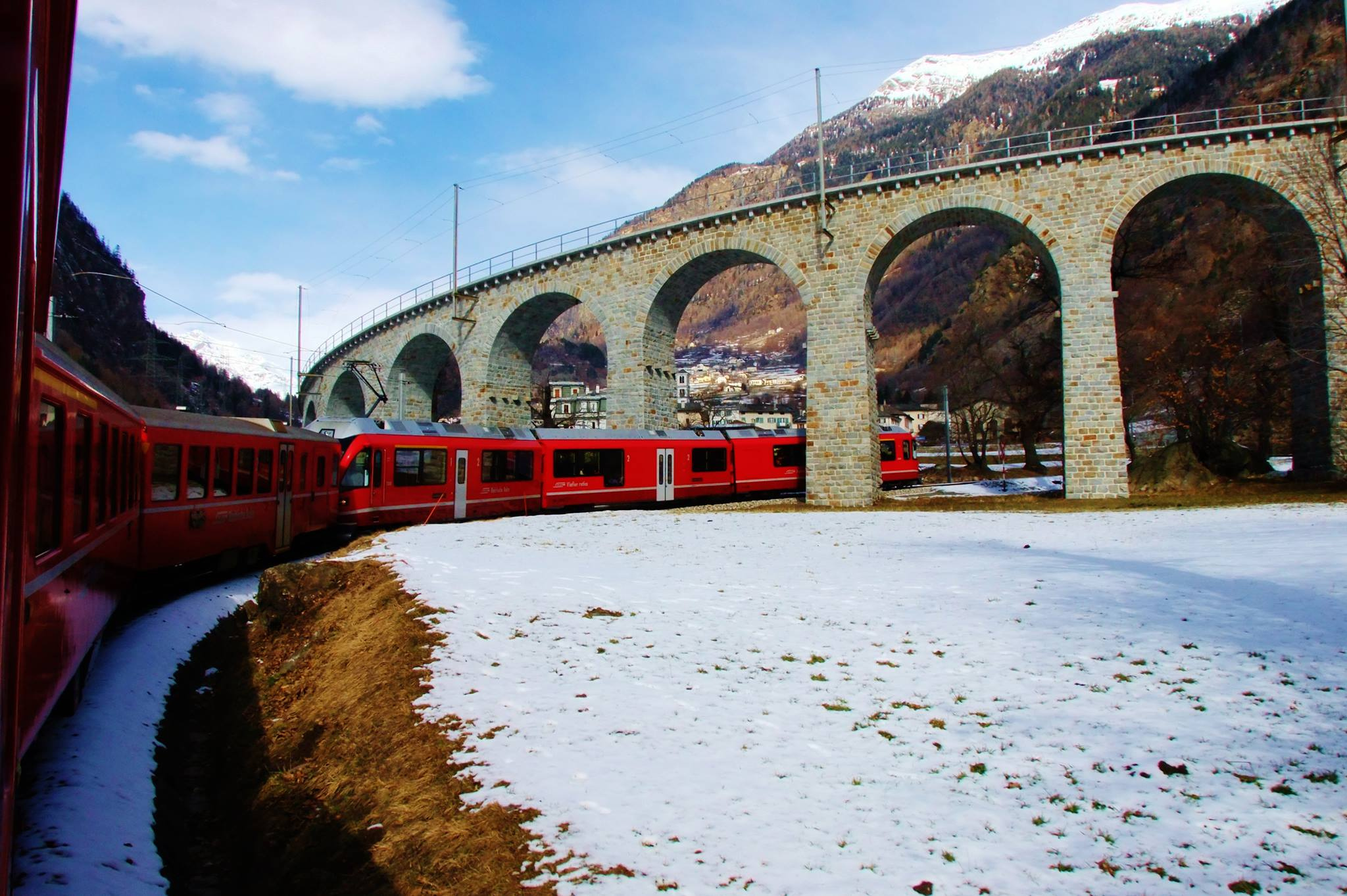 Travel between the cool north of St. Mortiz, Switzerland, to the warmth of Tirano, Italy, on the Bernina Express. The two-and-a-half hour ride weaves its way through 196 bridges and 55 winding tunnels. Along the way you pass along a viaduct constructed of stone between Graubünden and Veltlin, called the most beautiful link between the north and south. Sweeping views of Alpine crossings and dramatic gorges line the landscape that passes by Chur, Switzerland’s oldest city, to above the fog line for views of mountains and past the Morteratsch Glacier. It then travels south to the charming town of Veltin. 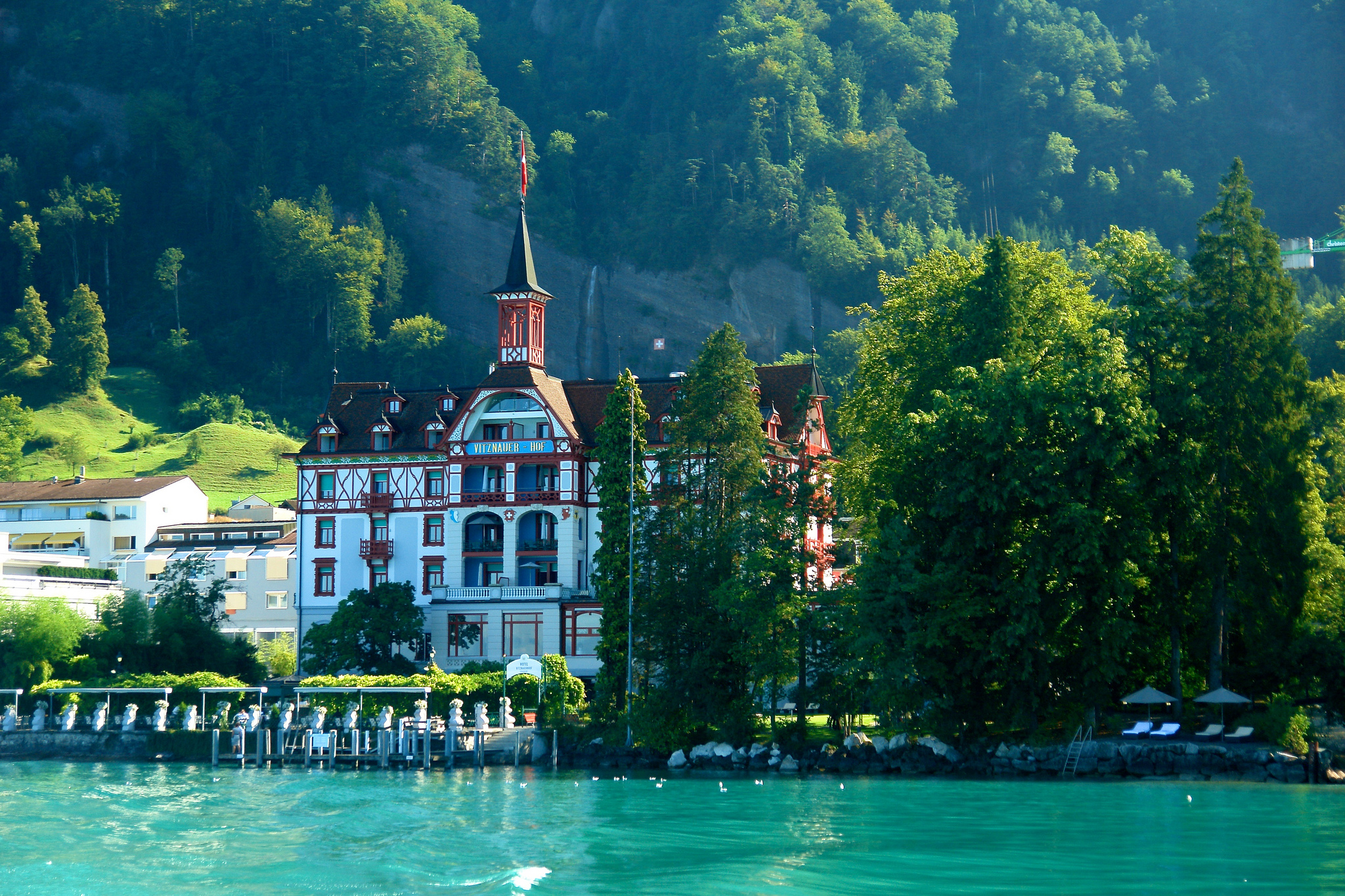 Travel through Switzerland on water and land on the Wilhelm Tell Express. Running May through October, journey begins with a three-hour cruise aboard a paddlewheel steamer for lunch on Lake Lucerne with views of charming villages and historic landmarks such as the Rütli and the Tellsplatte. You'll then board a panoramic train trip that starts in Flüelen and travels through the Reuss Valley with its deep ravines and high cliffs, then climbs from 470 meters to 1,100 meters through the St. Gotthard range and the Gotthard railway tunnel — a 15-km civil engineering marvel with spirals, horseshoes tunnels, galleries and tunnels — to arrive in Ticino. Charming villages and cantilevered bridges await on the way to Bellinzona, and from there, you can continue on to Locarno or Lugano. 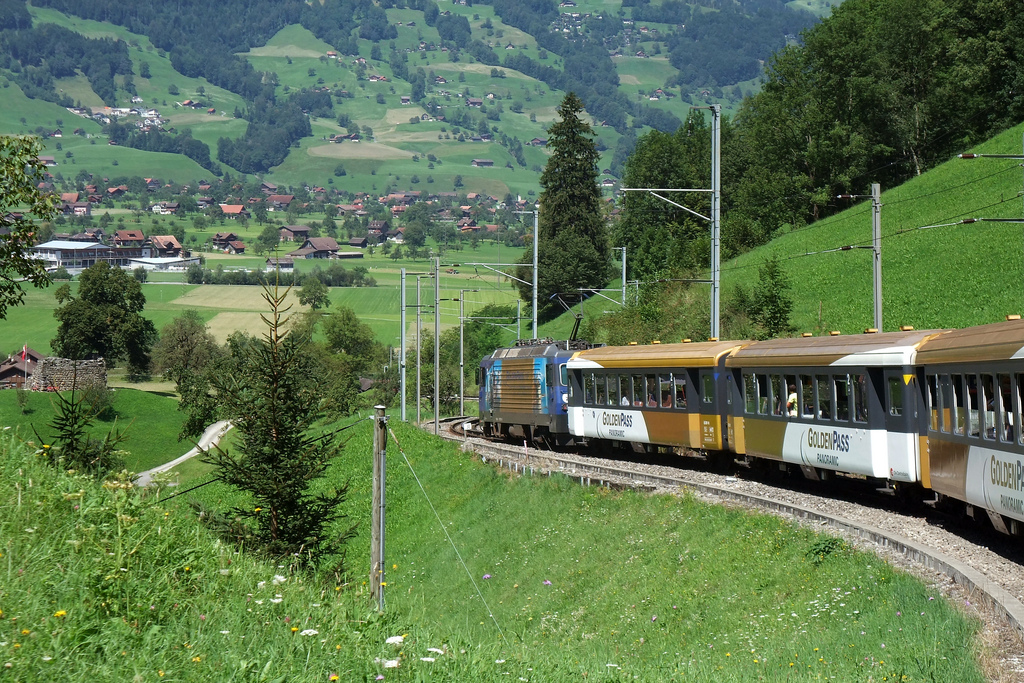 Three railway lines will take you from Lake Geneva toward Alpine summits and then down to Lake Lucerne. Along the way pass through regions that speak two languages with six lakes peppering your panoramic views. Refurbished Belle Epoque Orient Express cars have wine cellar coaches that serve regional specialties along with an assortment of wines. The 150-mile journey begins on the GoldenPass Line in Montreux with its palm trees and southern ambience along the Swiss Riviera. Vineyards and gardens decorate the landscape during your ascent from Lake Geneva to a tunnel that leads to black fir trees and charming streams. The train takes you past the crags of the Saanenland and then the Simmen Valley. Change trains in Zweisimmen to travel to Lake Thun and on to Interlaken. Change trains again to see Lake Brienz and the Giessbach waterfalls near Brienz. From Meiringen on, climb to the Brünig Pass to central Switzerland filled with pastures and cows. Then descend toward Lake Lungern, Lake Sarnen and Lake Alpnach before passing through a short tunnel to Lake Lucerne.

Go to the Ends of the Earth in Engadin St. Moritz