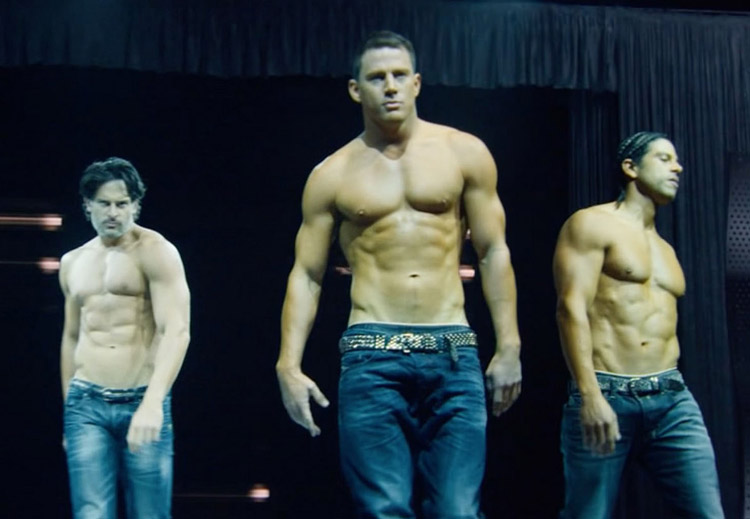 Sex sells. Particularly adept at branding the world’s oldest profession is Channing Tatum, who went from being an exotic dancer at 18; to starring in the Magic Mike series featuring male strippers; to businessman, owning a club at 627 Bourbon Street themed around bordellos.


With enough red velvet drapery to keep Scarlett O’Hara in curtain dresses for life, Saints & Sinners’ decor is an homage to Storyville, when prostitution had a narrow strip of legality. Its own section of New Orleans, residents named the district after the reformer Sidney Story. From 1897 to 1917, madams ran legal establishments, where many of jazz's founders like Jelly Roll Morton performed.

“Cocktails, Kitchen, Music, and Sinfully Good Time” is the Saints & Sinners motto, and you’re likely to experience it in that order. Above all else, it is a restaurant ideal for a girl's night out with items like Grown-Up Mac & Cheese that's a “sexy version of the childhood classic," and freshly shucked Gulf oysters. Finishes include the decadent Chocolate Torte, billed as "sinfully rich chocolate collided with a saintly recipe for an experience you won’t forget” and Channing's favorite Red Hottie Velvet Cake 9. The restaurant / bar, surprisingly earned the Open Table's “Diner's Choice Award for Best NOLA Hot Spot of 2015.” Reservations are recommended.

Guests can wash it all down with a Sex on the Balcony starring Ketel One for $10. The drink, not the live sex act. For an extra $2 you can even keep the cup. Another popular drink is Burlesque Stress made with Absolut, Coconut Rum, pineapple, and cranberry juice. For a wild view, take your Burlesque Stress upstairs to a Bourbon Street balcony, and soak in the sea of half-naked humanity come Carnival or Southern Decadence weekends. 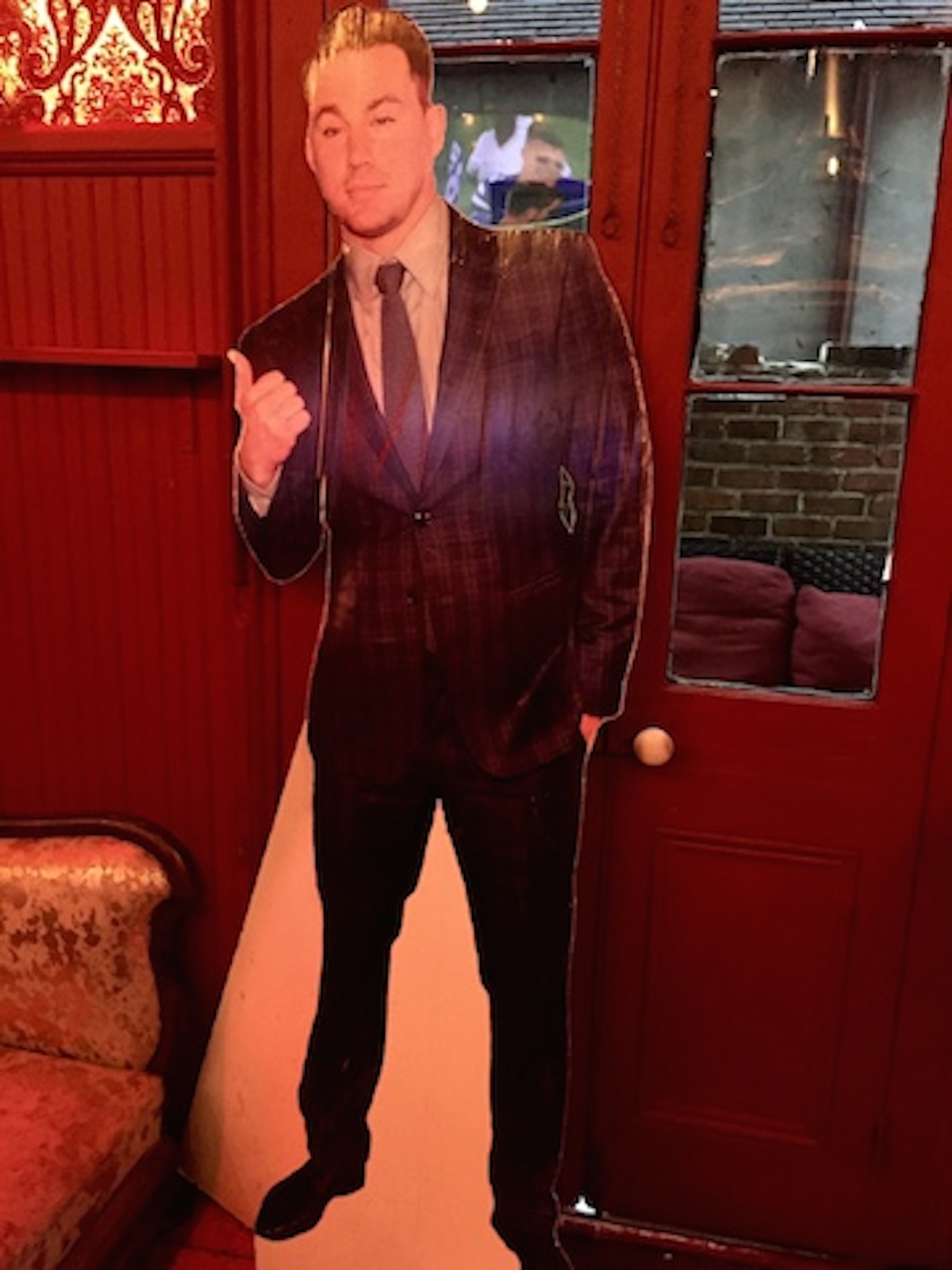 Tourists often ask “Where's Channing?” but they'll have to settle for a selfie with the actor's life-sized cardboard cutout. Often engaged between filming movies (including the New Orleans-shot 22 Jump Street franchise and playing Cajun superhero Gambit, to be filmed in NOLA this spring), Tatum shows up with wife Jenna Dewan Tatum just often enough to encourage paparazzi scintillation. "Channing Throws from Own Balcony!" "Channing Poses with a Pole!” There is a pole in the club, but to many's dismay, it's rarely used and is surrounded by tables which would make dinner service more than a little precarious.

But these are the fumes that have keep Saints & Sinners running, along with the scent of crawfish boils out front even when they’re out of season almost everywhere else. Tatum clearly has a solid mudbug hookup somewhere in the bayou. The smell alone is a draw on a street known for smells that linger, not usually in the good way. After 10 p.m., a DJ starts spinning and the dance party rolls as long as the $10 drinks and/or bottle service flows.

Bachelorette parties offer amenities such as a Bottle Boy, and swag including a S&S-branded thong. Saints & Sinners hints, “There are multiple reasons why we are New Orleans’ Bachelorette Party Headquarters, but we’ll never tell...” so one has to either get married or know someone willing to take one for the team to find out.

Overall, though, Bourbon Street is cleaning up it's act. The New Orleans City Council has ruled that strippers now have to be 21 years old to be employable. A financial blow to Larry Flynt’s club Barely Legal no doubt, but it won’t make a dent in Saints & Sinners business because what's being sold is just a hint of sex. The only buns you're likely to see are on the $11 burger. The only tail, on the Gator Po-Boy. The only sausage … well, you get the picture.

HBO’s series Real Sex once filmed crowds milling about the French Quarter club with a Live Sex Acts sign out front. Insiders knew that there had never been any such debauchery at that establishment, live or otherwise, but the trick is to convince customers “they just missed it.” In a less explicit manner, Saints & Sinners sells the sizzle, not the steak. If Channing Tatum ever did appear and give that stripper pole a workout, you probably just missed it.