Often voted America’s most haunted city for it’s age, proximity to water and catastrophes, whether you believe the hype or not, New Orleans has a certain ghoulish charm that’s fun to buy into. If you’re interested in the spirit world, vampirish looking ghost tour guides dot the New Orleans landscape pointing out haunted hotspots from historic bordellos in the French Quarter to more obvious cemeteries. Book a tour through one of the many paranormal experts, or wing it and attempt to become an amateur ghost hunter on your own.

The apparitions are waiting. 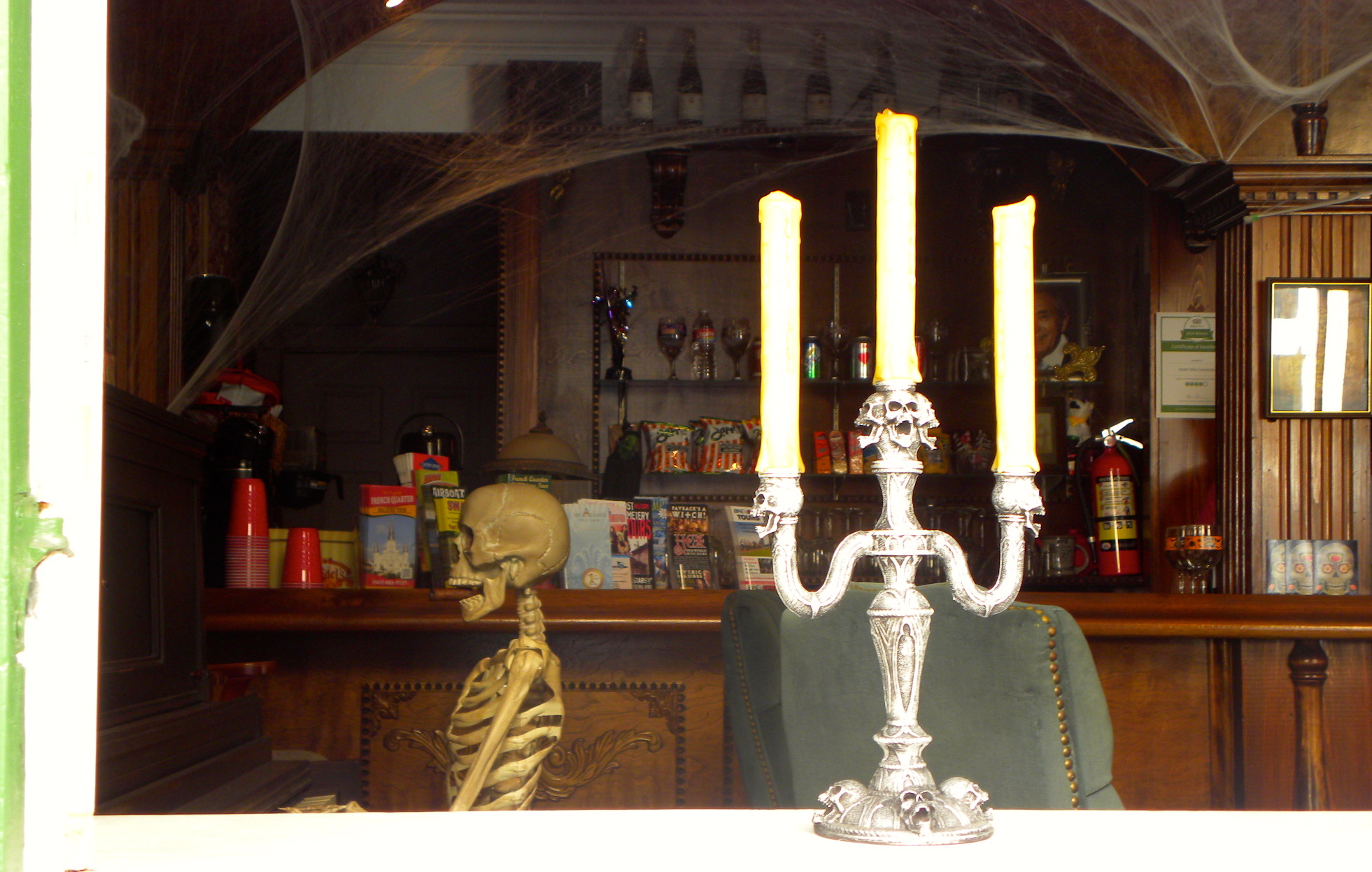 Ghosts Most Likely to Charge for a Peek

May Baily's Place at the Dauphine Orleans Hotel has everything you want in a haunted locale – a bar, a nearby bed and, according to local folklore and the International Society for Paranormal Research, ghosts. One of the more interesting dearly departed, Baily was a Madam at the dawn of the 19th century when prostitution was briefly legal in the Storyville red light district. Other spirits regularly spotted by guests and researchers include a Creole man in military garb and a woman in white dancing across the courtyard. 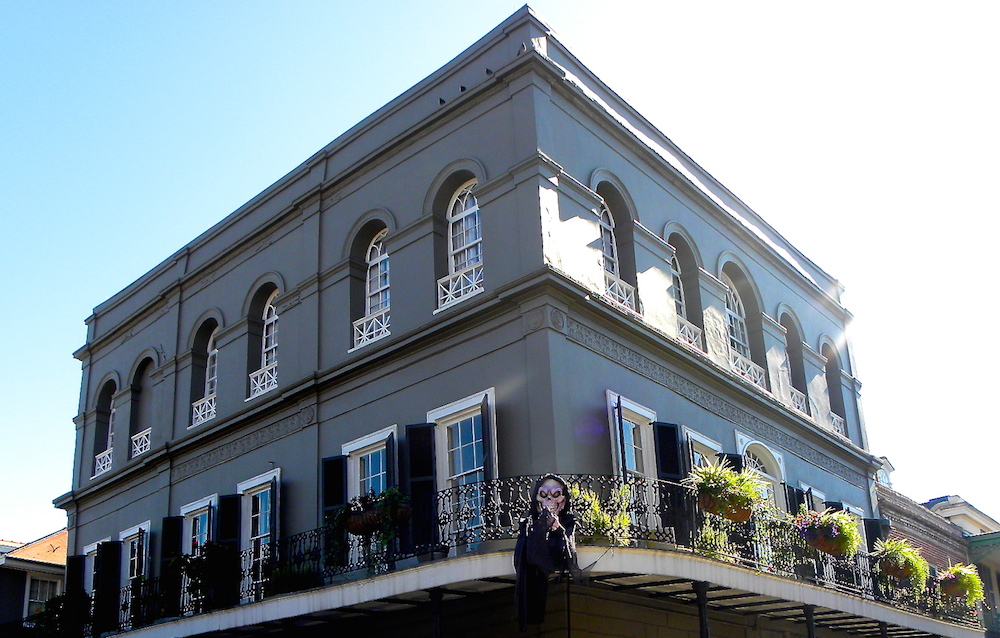 Keep an eye out for strange lights and apparitions on the Royal Street LaLaurie Mansion balcony, which ghost tour operators claim are the souls of nine tortured slaves crying out for justice. A huge scandal in the early 1800s, prominent New Orleans couple Madame Delphine LaLaurie and Dr. Louis LaLaurie were exposed as torturers after a young slave girl jumped to her death to avoid a beating. A kitchen fire set as a cover-up revealed scenes of torment with chained, starved, mutilated, and insurmountable cruelty. Madame Lalaurie fled to France to avoid punishment, never to be heard from again. As far as curses go, actor Nicolas Cage bought the historic mansion, but lost it due to tax troubles in 2009. The current owners decorate the place extensively for Halloween and go all out with a gruesome LaLaurie scene behind the gates, making it an especially popular tourist attraction in October, but you’ll find ghost hunters roaming the streets anytime of the year, day or night. 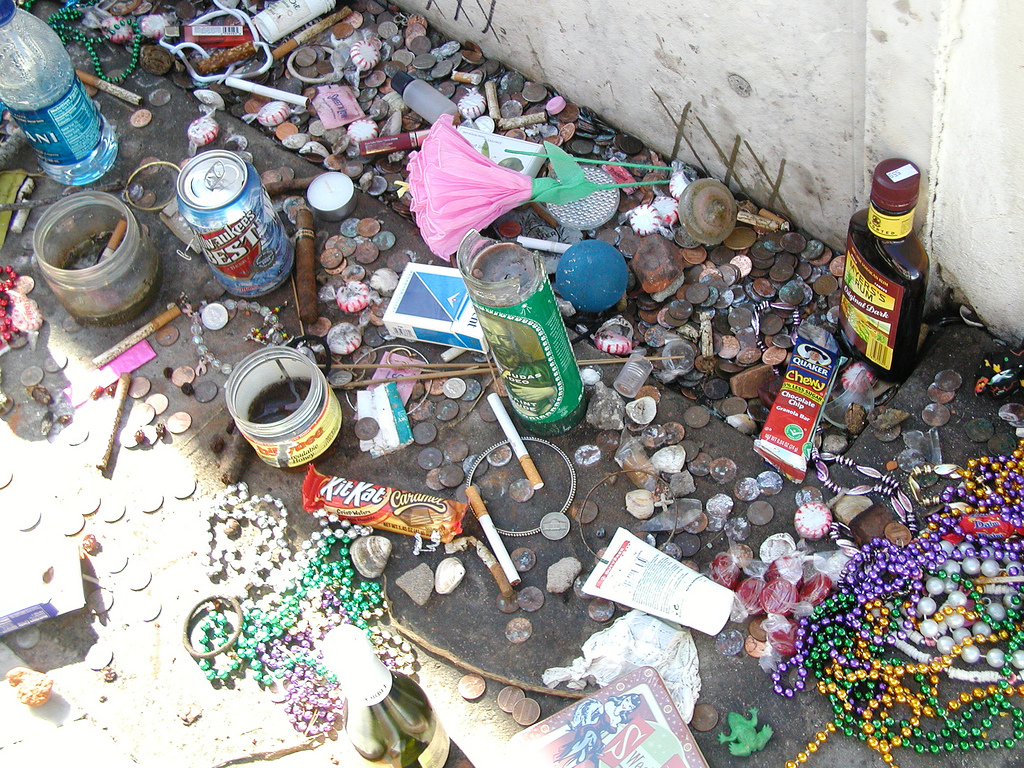 Listed by paranormal researchers as one of the most haunted cemeteries in North America, St. Louis Cemetery No. 1 is a main stop on Big Easy ghost tours. New Orleans cemeteries are referred to as Cities of the Dead because the mausoleums are built above-ground due to the fact that much of the city is below sea level. The most famous resident buried in St. Louis No. 1 is legendary Creole Voodoo Queen Marie Laveau. In urban folklore, the ghosts of Laveau's snake and black cat are said to haunt the cemetery. Until recently, the tomb had been covered in crudely etched X's, marked by every visitor who made a wish to the voodoo Queen. Flowers and other offerings were traditionally left on the tomb in gratitude for answered prayers, or in hopes of wishes to be granted. Save Our Cemeteries painted and restored Laveau's tomb in the fall of 2014, with cameras installed to keep it graffiti-free. If St. Louis No. 1 looks familiar, you may remember it from the movie Easy Rider with Dennis Hopper and Peter Fonda tripping through the gravestones – just one of many New Orleans haunting locations immortalized on the silver screen.

21 Things to Do in Williamsburg Under 20 Bucks