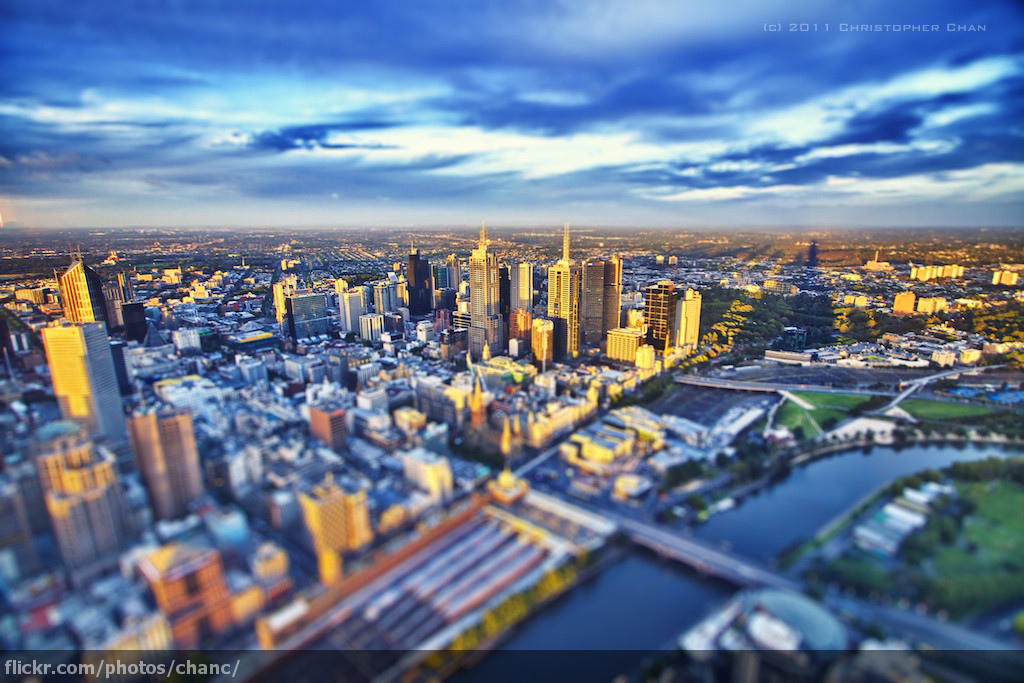 Some travelers (often those who have not visited Australia) will tell you that you need at least two weeks off to truly enjoy a visit "down under." Confident I could prove them wrong and plan a trip that would allow me to enjoy many of the treasures in just one week, here's how to explore Australia if you don't have endless vacation days.

With my passion for Australian Rules Football I decided to plan our visit in a way that would bookend with catching a few matches. We also wanted to see a variety of the country. Our trip began in Melbourne, which is a beautiful and very walkable city. We spent most our first day admiring its many wonderful parks and riverside walks. The first night there we visited the Telstra Dome, one of many exceptional sporting facilities in this city that was host to the 1956 Summer Olympic Games and 2006 Commonwealth Games. At the Telstra Dome we enjoyed a brilliant Aussie Rules match between the visiting Sydney Swans and the Essendon Bombers. If you choose to drive in Melbourne be prepared in advance for their awkward Hook Turns. I admit I went out of my way to avoid these types of roads.

The next morning we departed in our rental car out on the Great Ocean Road. This drive is one of the world's most scenic drives with stops at small towns and quaint beaches, rated as the fourth best by Expedia. We made a quick stop at famous Bells Beach to watch in amazement as the surfers rode the waves of the Bells Bowl. Movie fans will remember this as the site of the final scene of Point Break. The drive took longer than expected as we had no idea we would want to stop for photos so often. One stop was unplanned when we noticed several cars on the side of the road. We got out to find all the other travelers 15-20 feet up into the woods where five Koala Bears were relaxing a few feet above ground in some trees. Time flew by as we watched these great creatures in their natural habitat. We also enjoyed spending time watching the sun set over the Twelve Apostles rock formation. We concluded the day's drive in the quiet little town of Port Fairy where we enjoyed dinner and a few bottles of Coopers while enjoy conversations with some of the locals. 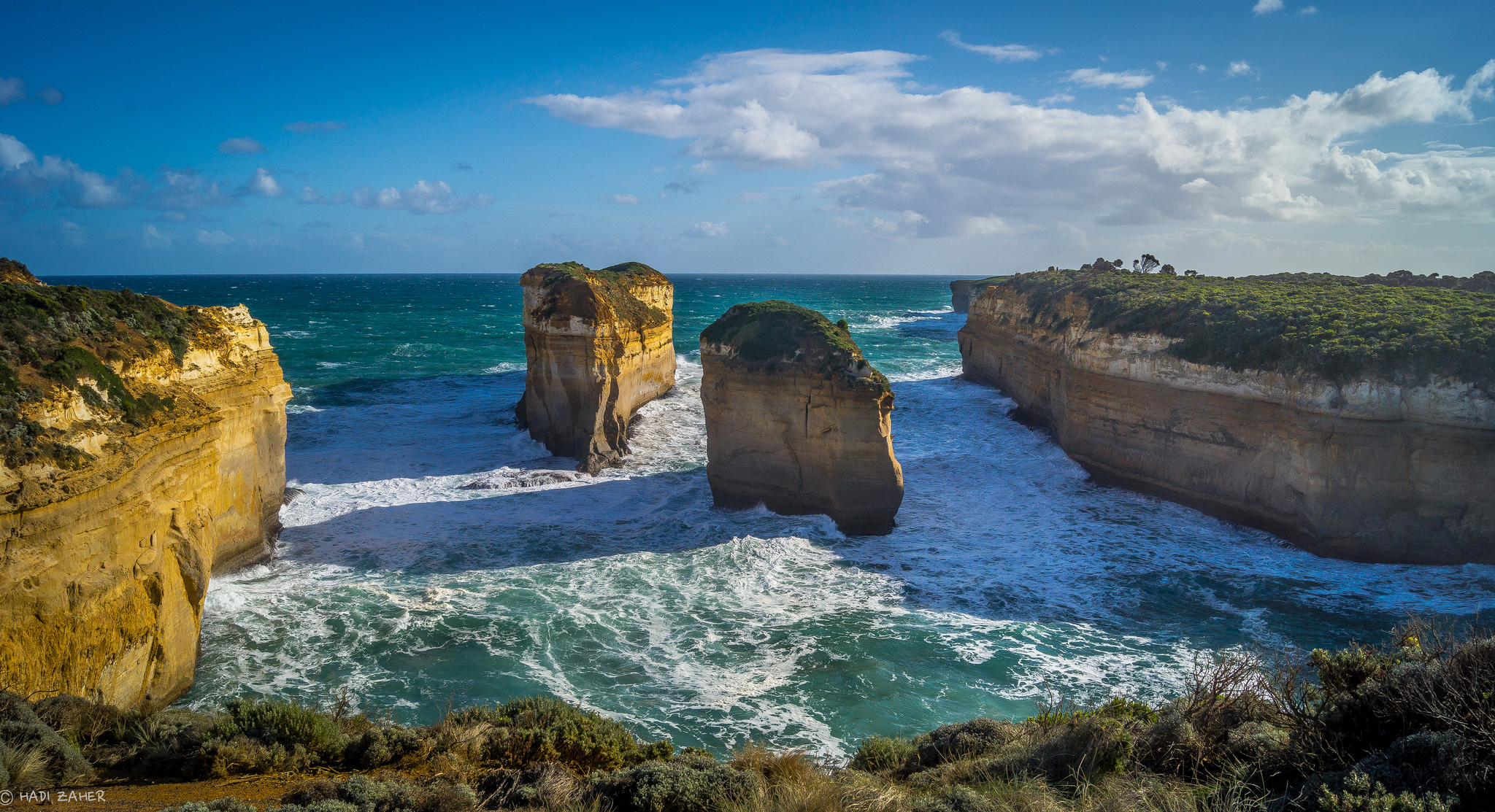 The next morning we continued heading away from the Great Ocean Road towards the Grampian Mountains and Grampians National Park. We were excited when we saw our first kangaroo and worried it might be our only wild kangaroo of the trip. A few hours later we had lost count and gave up stopping to take photos at each opportunity. We did however enjoy hiking through the Grampians and seeing some wallabies.

After a few days exploring the Great Ocean Road and the Grampians, we returned for a night in Melbourne which had many wonderful restaurants and bars to choose from. Before calling it a night we walked through Treasury Park where our concierge said we would find some Australian Possums, a peculiar-looking animal. It is also the site of several movies, including a scene from the Nicholas Cage movie Ghost Rider that had filmed there earlier that year.

From Melbourne we flew to Alice Springs in the center of the country. Alice Springs was a delightful little town to spend a day in and we enjoyed touring the Royal Flying Doctor Service Museum.The Royal Flying Doctors fly from a base like Alice Springs to destinations only easily accessible by plane to offer medical services to those in the Outback. At night we enjoyed the nearly complete darkness afforded by being in the Outback to enjoy a night of stargazing. Those living in the Northern Hemisphere will enjoy checking out star formations only visible from the Southern Hemisphere, including the Southern Cross constellation which is depicted in the Australian flag. 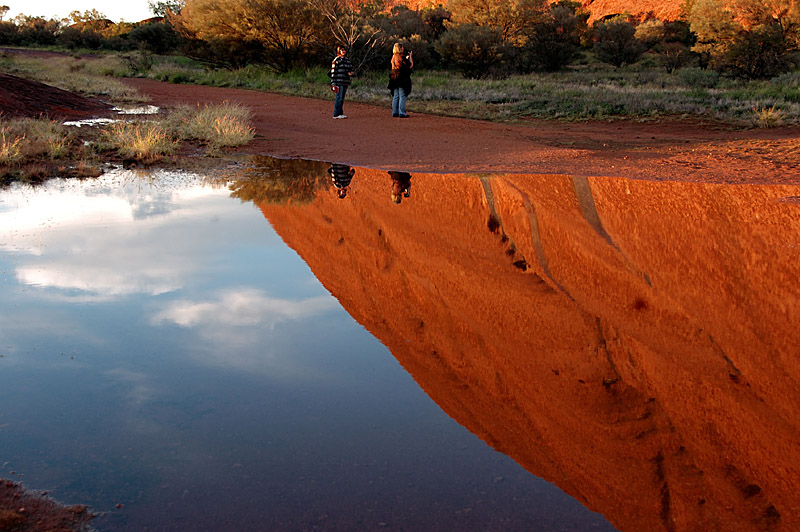 From Alice Springs we drove across the desolate outback to Uluru, also referred to as Ayers Rock, the giant rock formation that is synonymous with Australia. Many questioned traveling to the Outback solely to see this sight but we found it to be worth the trip. It is just an amazing sight that we enjoyed learning about from our Aboriginal guide.

Photographers will want to be sure to pick out a great location for sunrise and sunset photos at Uluru. Not far from Uluru is Kata Tjuta, or The Olgas, a series of rounded rock formations. We spend an afternoon hiking around the Olgas and to the inside where there are lush valleys of grassy hills.

Our next stop on our Australian adventure was to fly directly from Uluru to Sydney. Sydney, likely the most recognizable city in Australia, is home to many famous tourist sites including the Sydney Opera House, the Harbour Bridge and Bondi Beach. Once again we dropped our bags at a hotel and set off on foot to explore this wonderful town. It was a weekday but the parks were filled with people on their lunch breaks having a kick of footy, tossing a frisbee or people out for a jog. Throughout our journey, it became obvious that Australia is an active country but it seemed magnified in Sydney. We also visited a few attractions within a short train ride of Sydney. One was Koala Park Sanctuary, a nice little zoo that offers a chance to get up close to koalas, kangaroo, wallaby and emus. 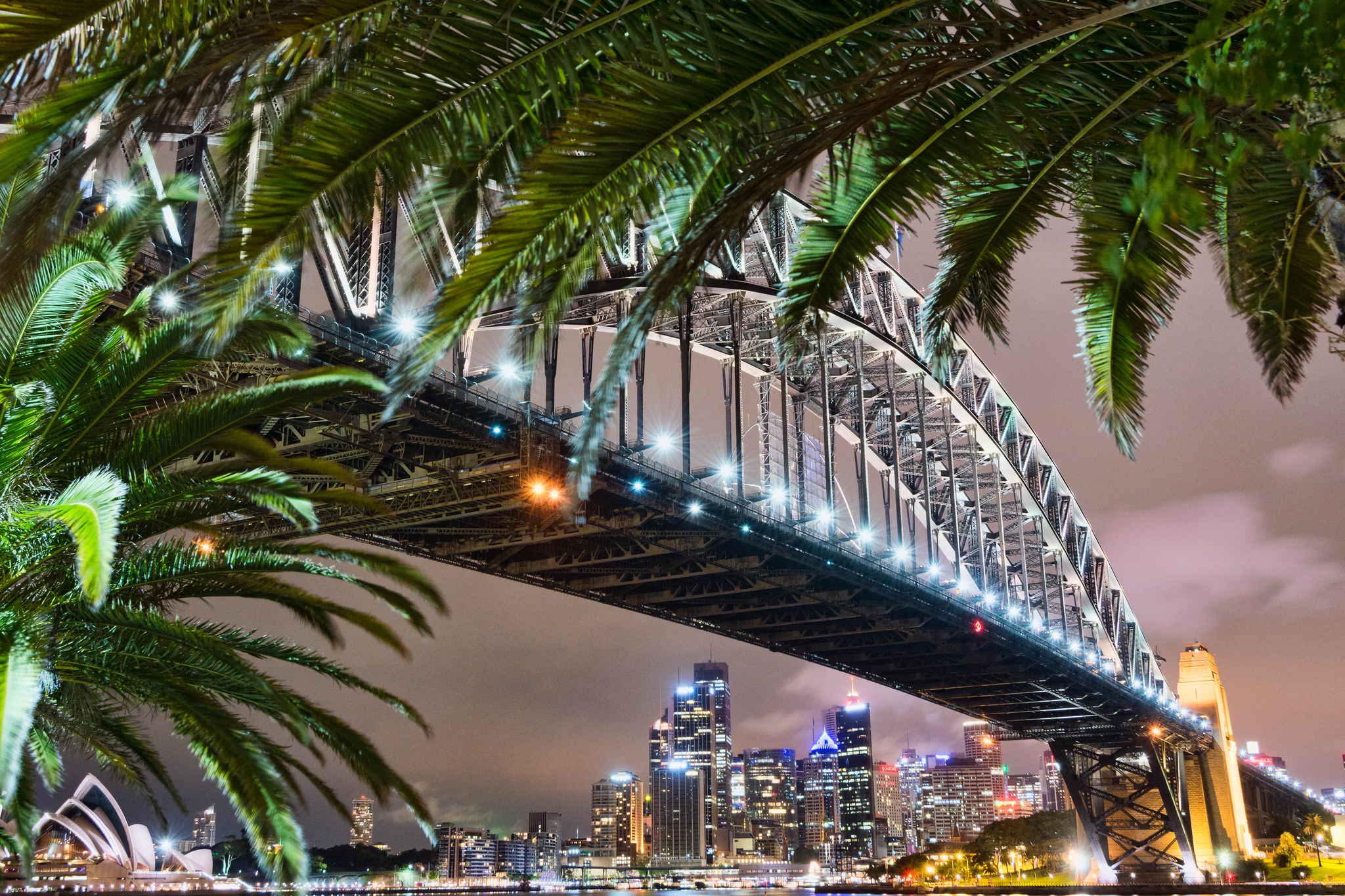 We took a short train ride from Sydney to Katoomba so we could enjoy a hike through the beautiful Blue Mountains. Here we enjoyed hiking underneath the thick canopy of a lush forest then climbing to the summit of one of the mountains where we enjoyed a cable car ride across a valley taking in an amazing view.

On our last day in Sydney we visited the Sydney Cricket Grounds for another Australian Rules Football match. This is a wonderful little outdoor stadium that if you are a sports fan you would enjoy checking out. On our last night in Australia we enjoyed dinner and drinks in "The Rocks" a cozy little neighborhood close to the Sydney Harbour Bridge and Opera House.

I realize we did not see all of Australia in our week long trip, but that would have been hard to do even with a month or more. Our experience gave us a great taste of this wonderful country leaving us with a craving for more. Even if you only have only a week off, I recommend you pick up a copy of "In A Sunburned Country" and start planning your adventures down under.

The 7 Natural Wonders of Australia