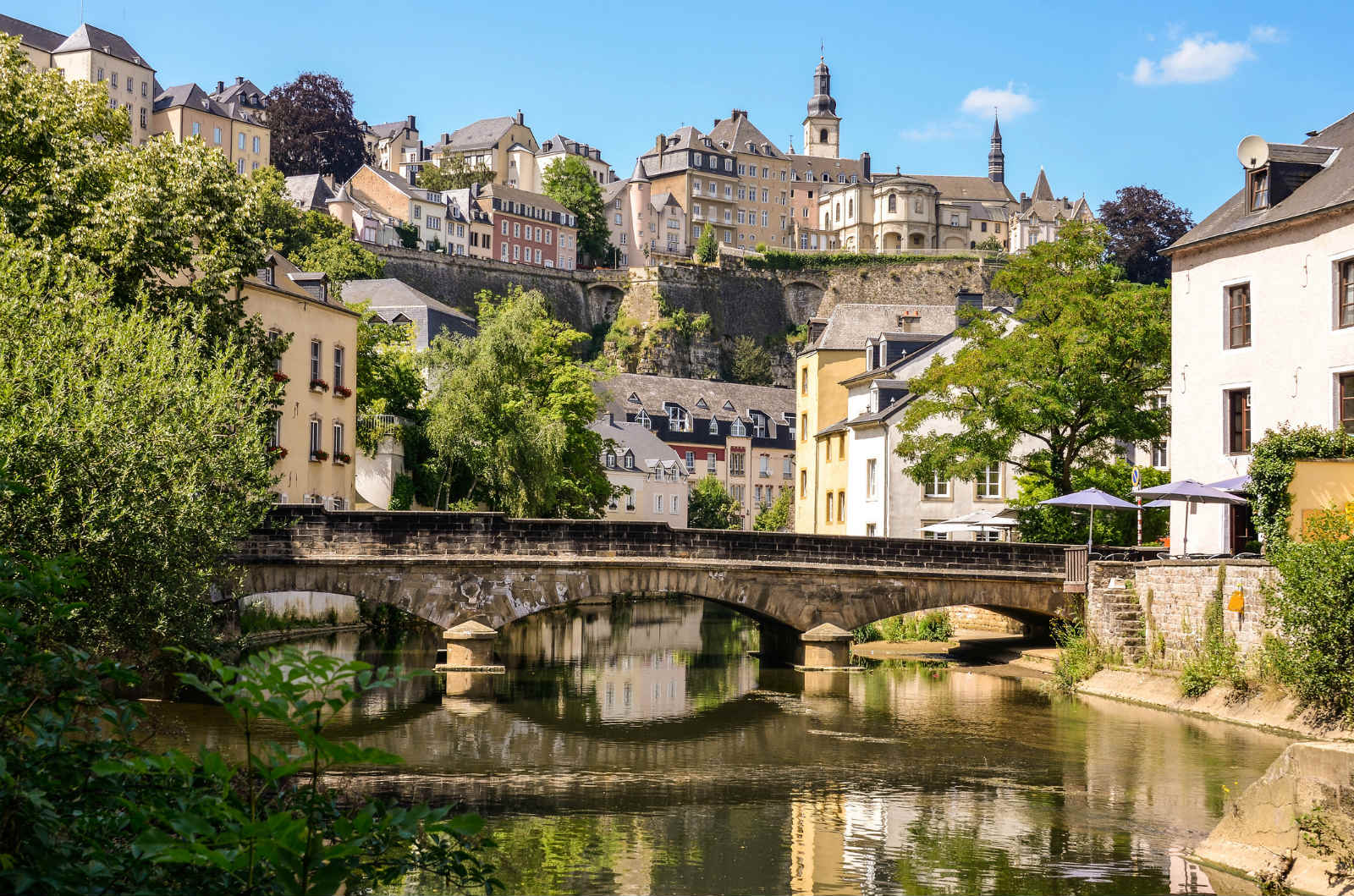 Situated in the heart of Western Europe, pint-sized Luxembourg is bordered by European powerhouses France and Germany, in addition to Belgium; however, as the country’s motto suggests, "We want to remain what we are," the Grand Duchy is very much its own country.

The tiny nation is laden with breathtaking scenery from mystical forests to bucolic highlands and valleys, while also boasting one of Europe’s most romantic capitals, Luxembourg City, and the fairytale towns of Echternach and Vlanden. Traveling through the fascinating countryside, you will not only be taken aback by the beauty of the natural attractions, but also by the elegant architecture and medieval castles nestled in the landscape.

Accommodation options in Luxembourg don’t differ greatly from those found in other European countries, ranging from grand, five-star hotels located on the chic streets of Luxembourg City and in the rolling valleys further afield to youth hostels and quaint chalets. Camping is also an extremely popular choice, with more than 100 sites set up in the serene surroundings.

Although the national cuisine is heavily-influenced by its large neighbors, France and Germany, Luxembourg serves its own unique dishes, including ferkelsrippchen (grilled spareribs) and the national meal, judd mat gaardebounen (smoked pork, potato, and beans in a thick cream sauce). These wholesome meals tend to be washed down with local beers such as Mousel and Bofferding.

A variety of daytrips through the charming countryside and placid towns like the Wenzel Walk are accessible, in addition to numerous nature trails. Tours around Luxembourg City’s Old Town, a UNESCO World Heritage site, offer fantastic insight into the history and culture of this quirky country.

Most travelers tend to visit Luxembourg as a side trip from the surrounding countries of Belgium, Germany, and France, in which case rail and road are the main entry options. Luxembourg-Findel Airport is the only international airport in the country with routes to only a handful of European cities including Paris, London and Madrid, where US connections can be made.