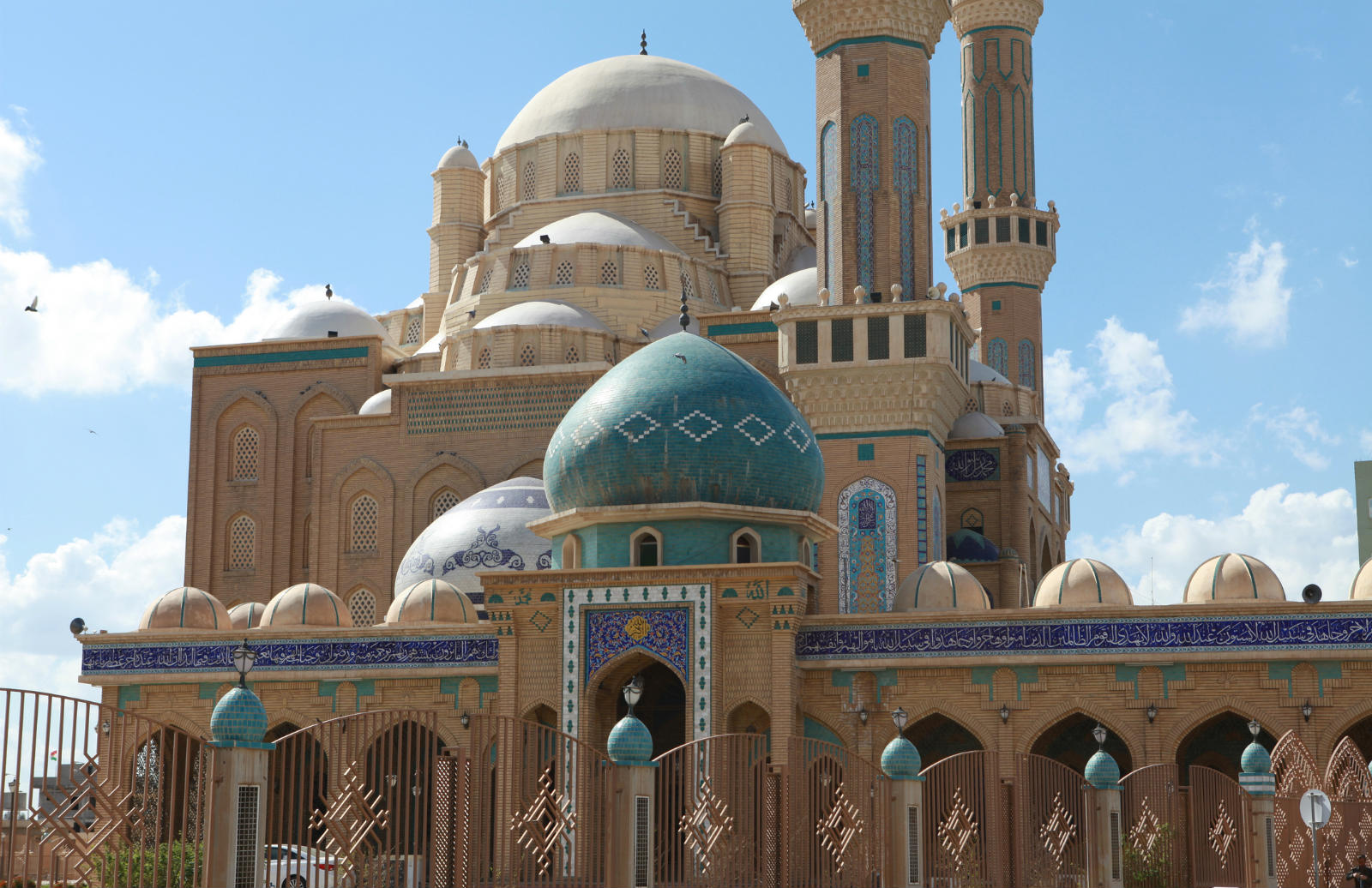 The so-called spring of ancient civilizations, the Republic of Iraq is one of the most historic lands you will ever set foot on―if you are willing to look past the political instability that is. Iraq is one of the world’s most important Islamic capitals and played a great role in the birth and formation of many cultures. To most of the world, Iraq is synonymous with chaos, but for those willing to overlook its war-torn reputation, the adventurous few who are able to brave the instability, it is one of the planet’s most beautiful monuments to the past.

Teeming with remains of ancient empires, gigantic mosques, city ruins, and spectacular holy sites, Iraq is one of the most important Arab countries in the Middle East. It lies north of the Persian Gulf and is bordered to the east, south, west, and north by Iran, Kuwait, Jordan, and Turkey, respectively. The country may not be the safest or most enticing place to visit, but it is slowly healing from the wounds of political turmoil and conflicts with neighboring countries. Despite a frenzied façade, some areas are safe for travel, such as the Iraqi Kurdistan Region. Kurdistan is quickly becoming the gateway of the country, thanks in large part to numerous foreign investments, tourism developments and improvements in infrastructure.

A long history of conflict may have taken their toll on Iraq, but this doesn’t mean that all you will see is a destroyed city. The country is a treasure box of ancient cities, citadels and astonishing heritage sites that bring the past to life. Archaeological digs reveal striking marvels that resound with culture.

There are some tourist developments in Kurdistan, but it can be hard to find hotels. Accommodation options mainly cater to business travelers, with prices way beyond the average traveler's budget. Booking in advance is necessary, along with finding a reputable tour company to help with your itinerary.

Traveling around Iraq can be tricky as the local transportation system is virtually nonexistent. Public buses link towns in the Kurdish territory and shared taxis are another option. Renting a car is possible in Baghdad, but traveling as part of a convoy is much safer everywhere else.

The country remains a destination reserved for the brave and daring, but if you simply must go, take the Kurdish route and avoid the unstable southern and central regions. Far from the hostile parts of Iraq and a stark contrast to the rest of the country, it boasts natural attractions, ancient sites and modern developments.