That Time I Became a Certified Viking in Iceland

One of the best parts of my job is reading about amazing places all day, but at the same time, the countless awesome trips give you serious cabin fever and an incredible itch to experience the world. As an adventure enthusiast, with each tour description I came across, it was mentally added to the travel bucket list, but one stopped me in my tracks so much I just had to do it right now- the iExplore Viking Challenge, a week of intensive outdoor activities that would make even Erik the Red jealous. This itinerary has everything - glacier climbing, white water rafting, hiking, horseback riding, ATVs, and a treasure hunt that upon completion, you earn an official Viking certificate.

Based in Reykjavik, a modern European New Orleans, here's a recap of my very excellent adventure in which Iceland was took by storm: 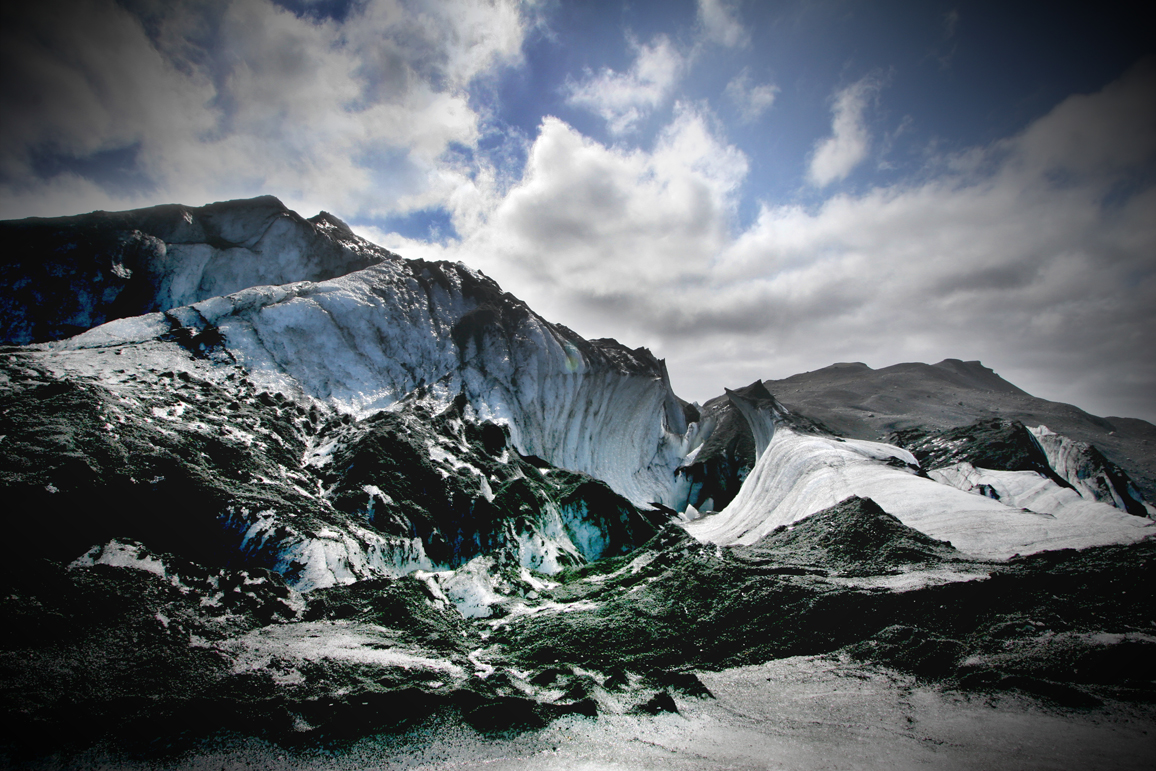 Called the Blue Ice Tour; glacier climbing in Iceland was what I was most excited about, given that we're based in the flatlands of Chicago. After a two hour drive to the countryside, we strapped on our crampons, essentially scary strong spikes that attach to your hiking boots and donned an ice pick as we set off to conquer Sólheimajökull, part of Mýrdalsjökull glacier (try saying that ten times fast). A magnificent rugged, raw and ever changing cliff of ancient frozen water and ash- the scenery is a beautiful black and white landscape as the ice blends into the volcanic remains. With ever changing crevasses, ice formations, sink holes and ridges no two treks are alike and each group has the pleasure of being part of history as the glacier changes shape right before your very eyes. The climb was fairly easy once you gained your footing on the spikes and it's fairly flat maneuvering around springs. When we reached a solid ice wall, we were given instructions on how to scale the frozen tundra with ice axes and safety lines and then rappel down. The climb was exhilarating as we gingerly tested the axes with every step up to see if they would hold our weight. Our guides were fantastic, giving us the history of the volcanoes, repeating the names slow enough we actually had a chance to understand them and setting a pace that everyone could keep up with. The only casualty? My yoga pants which got a spike through the bottom of them. 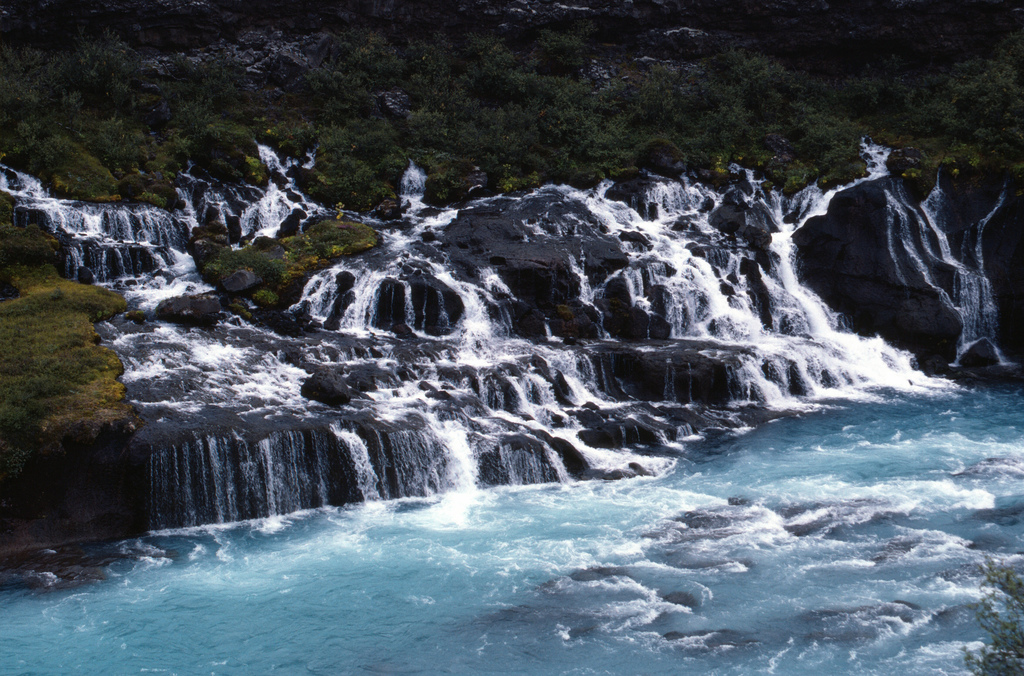 When they called it arctic river rafting, they weren't exaggerating. Iceland in August is the warmest time of the year, but it is by no means warm. At barely 50 degrees, the winds are brutal, chilly and make city exploring cold, but paddling freezing, and while we were wearing wetsuits, they only helped to an extent. Not going to let weather stop us, we had a great time charging down the Hvítá River ("White River") at the base of Drumboddsstaðir aka Drumbó (I think they shorten all the names for Americans) - even stopping to do al little cliff jumping from the rocks. While the rapids were only class 2.5, other areas in northern Iceland offer a more challenging path for the true river avenger, but we played games with our raft mates, enjoying trying to toss one another into the icy waters. 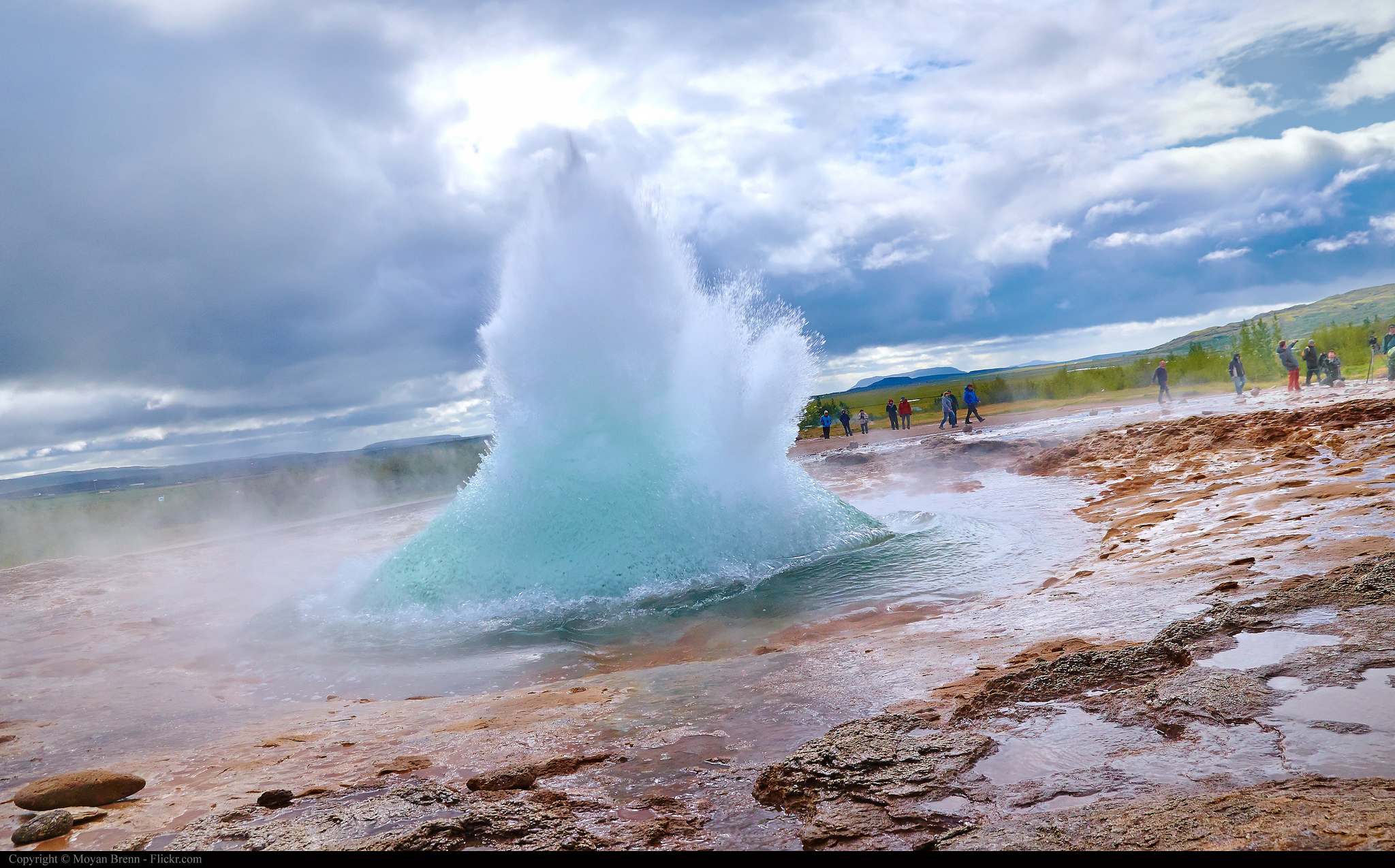 The Golden Circle is the name given to a 190 mile (300 kilometer) circular route which encompasses many of Iceland's most famous landmarks, including Geysir, the world famous hot springs, the Gullfoss waterfall and Þingvellir national park. Housed in the geothermal area in Haukadalur, the original Geysir from which the English word is derived, is a fascinating place where the ground gurgles, bubbles and super heated water escapes from the ground with enormous force. Gullfoss is an amazing sight, a double waterfall where the water rushes down over three steps of lava layers with breathtaking power and grandeur. Sidewise it pales in comparison to Niagara Falls, but the double water formation the real splendor. The day ended with a stop at Þingvellir national park, a UNESCO world heritage site and the original birthplace of the oldest existing parliament in the world. With greenery much like Northern Ireland, it's where the great tectonic plates of North America and Europe meet and the rift valley between them is clearly visible. 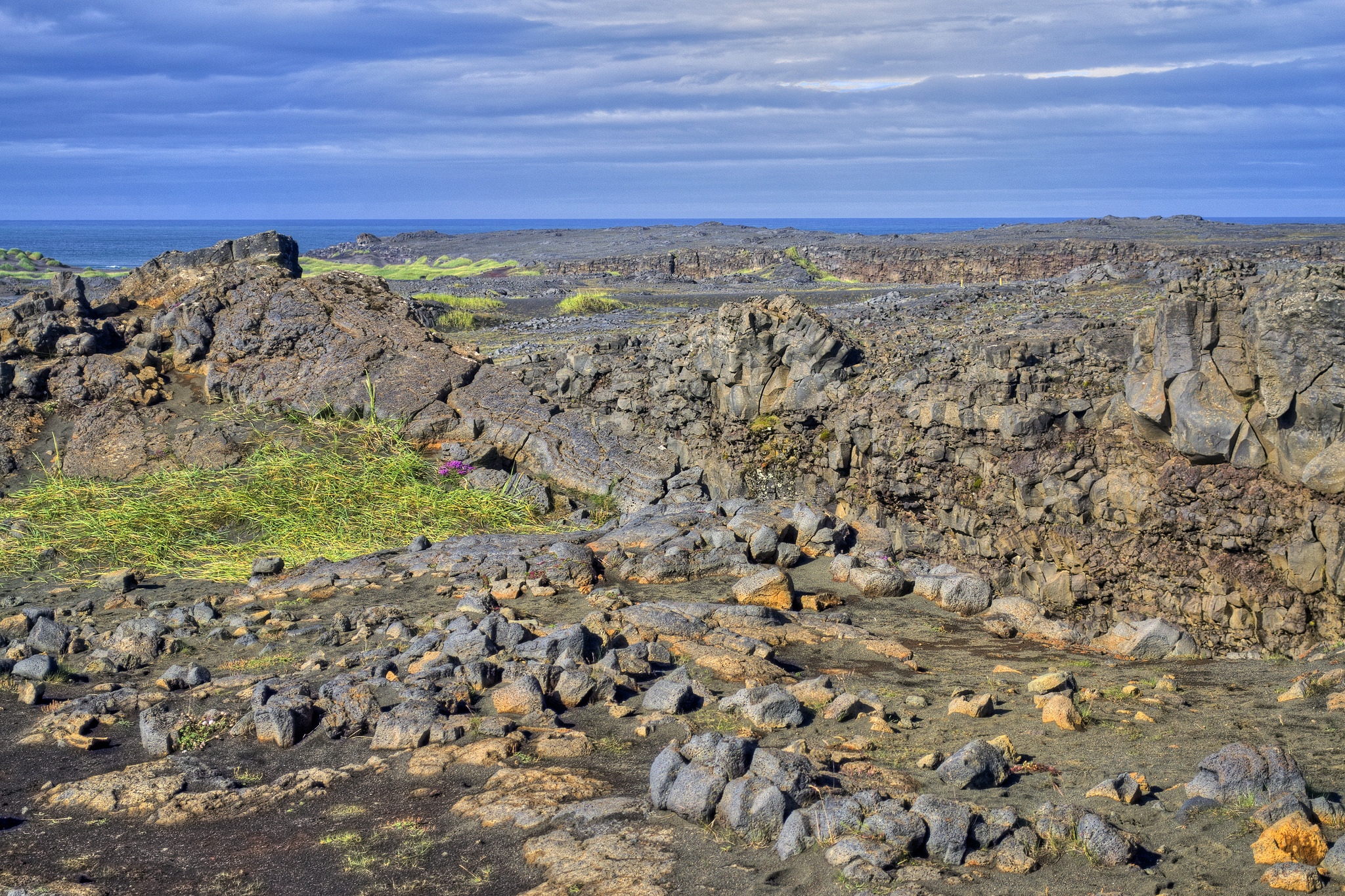 Billed as a "trip to the moon," this lava rock laden setting takes you on a rough and tumble journey around the tip of the Reykjanes peninsula, the Reykjanes light house and parts of the Mid-Atlantic Ridge that lies between the continents of North America and Europe, as well as the beach of Sandvík, a black sand beach where Clint Eastwood filmed Flags of Our Fathers. The ATV portion of the trip was what surprised me the most, as the amount of arm strength needed to physically keep the monstrous vehicles on some sort of path was taxing as you bounce through the rock patches. Maybe being too used to automatic cars in America, this definitely wasn't a flip a switch and go ride as your hands have to be manning the gas and the brakes simultaneously at all times to stay on track. 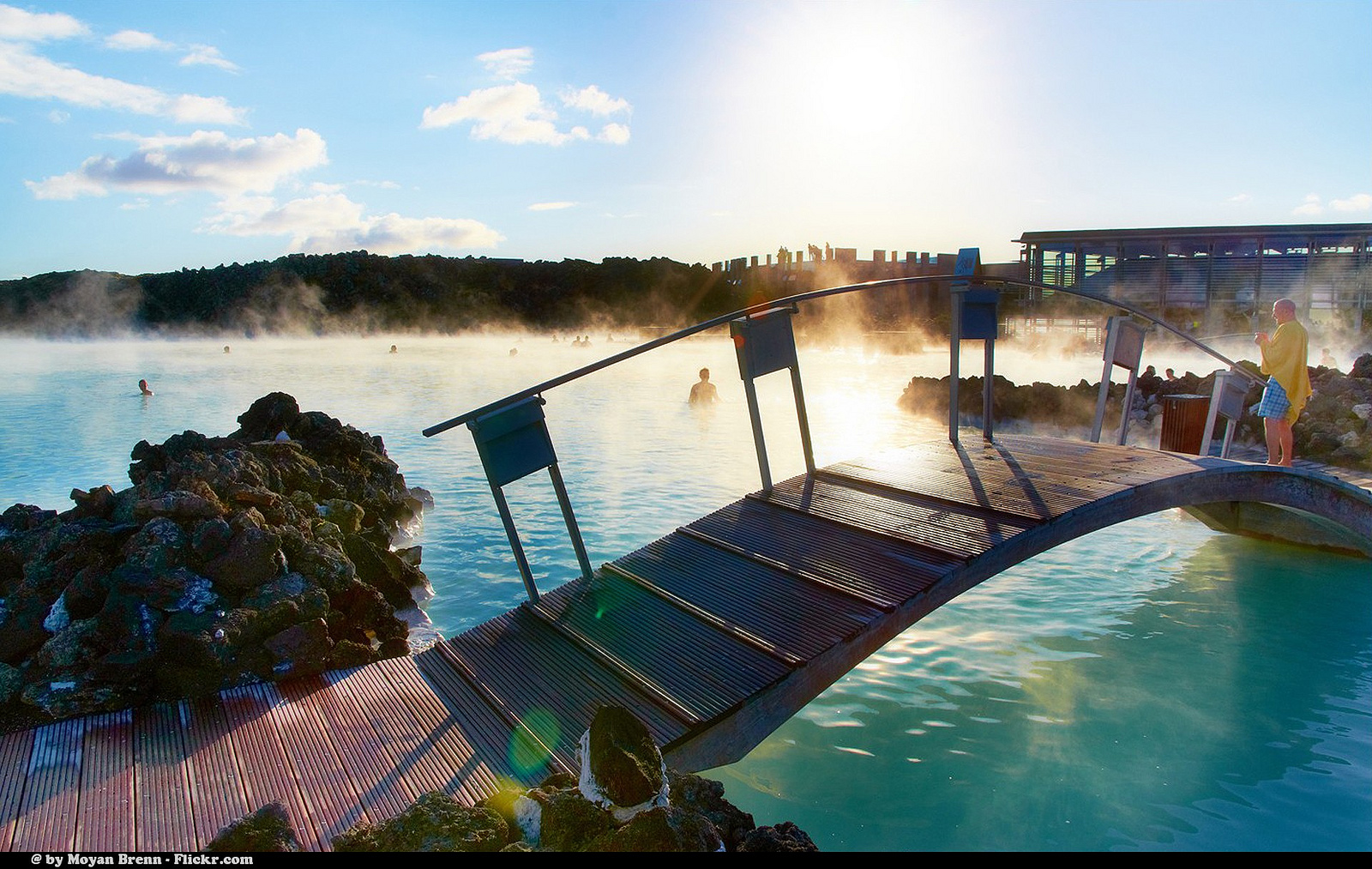 The Blue Lagoon is a natural wonder, a geothermal seawater spa and one of Conde Nast's top 10 medical spas in the world. The water temperature is 98-102°F and coupled with the brisk outdoors, it's a lovely contrast between the hot water and cool air. Offering in water massages, saunas, steam rooms, free mud masks, and amazing algae/ lava masks that are sold frozen from the swim-up bar and melt in the water, it's impossible not to feel rejuvenated here. The locker room is a site in itself often compared as a scene out of Star Trek with crazy high tech wristbands that open the lockers and serve as a charge account for anything you buy during your visit. 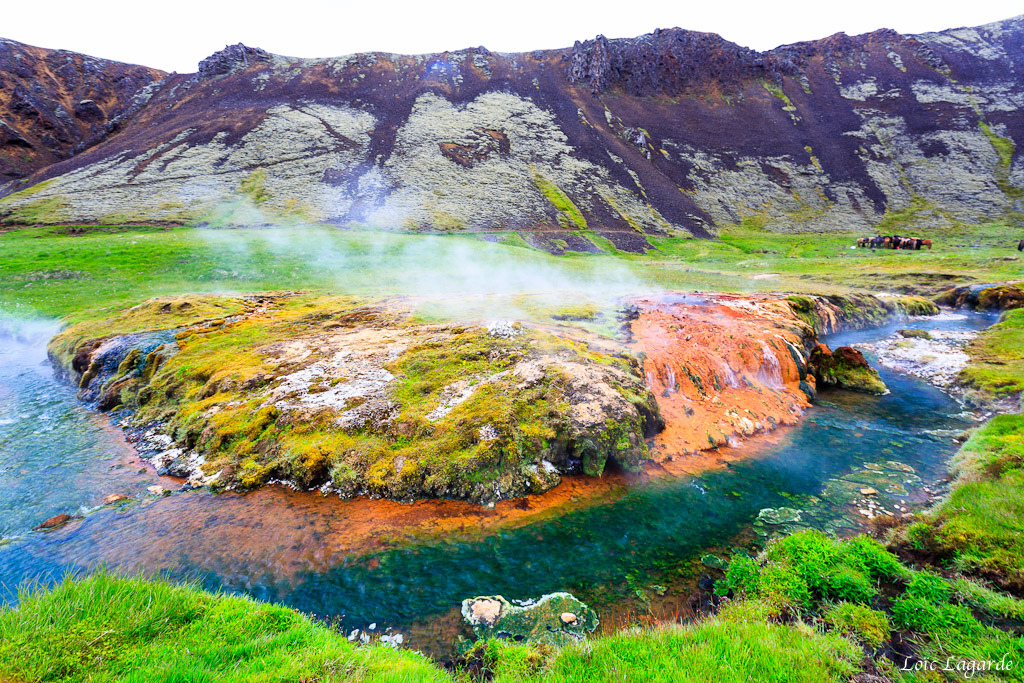 Leaving from the outskirts of the town of Hveragerði, an area ripe with hot springs and flowers, this half-day hike was one of the most challenging moments of the trip surprisingly as breathing in high altitude was unexpected in the beautiful valley of Reykjadalur. Up there hot water rushes down the slopes of Hellisheiði mountain range and creates the ideal place to relax in an untouched natural hot stream, which we reached by fording the stream Oregon trail style. The valley also has an amazing abundance of geothermal springs and you will witness everything from small gurgling melting pots to vibrant super heated pools of water. Marvel at the view from above as you gaze for miles into the greenery. 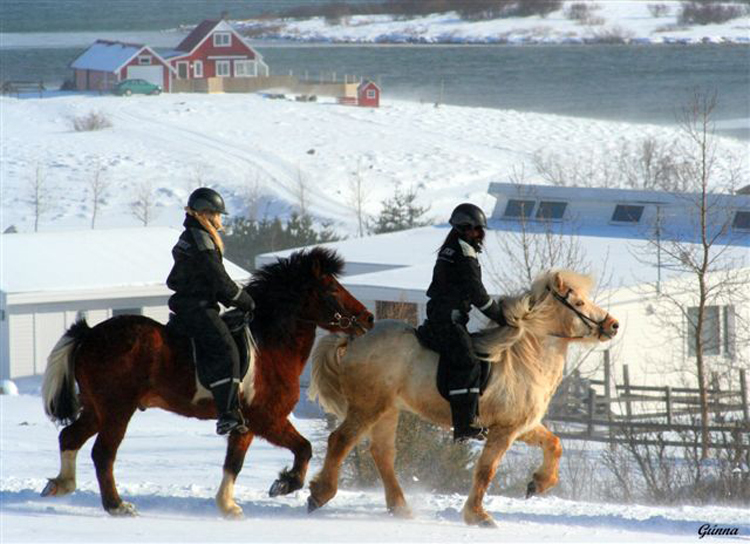 Íshestar Riding Center in Hafnarfjörður is an adventurous ride ideal for beginners into the lava fields surrounding the Mt. Helgafell volcano. View Kaldársel sheep and Lake Hvaleyrarvatn along the beautiful hillside setting. Among more lava fields, the beautiful Bláfjöll Mountains set the background for my first time going any faster than a mere walk when riding a horse. Learning to trot/gallop on Icelandic horses put us at ease as they were so smart they knew their own route home it was like cruising on autopilot (thank you Tweety). Icelandic horses are some of the most coveted in the world, though shorter and a bit stockier in appearance, they are some of the most good natured, versatile and agile in the world, knowing more than the standard trot, gallop and walk, but also adding two additional commands, the tölt and the flying pace, well known in the international racing world. 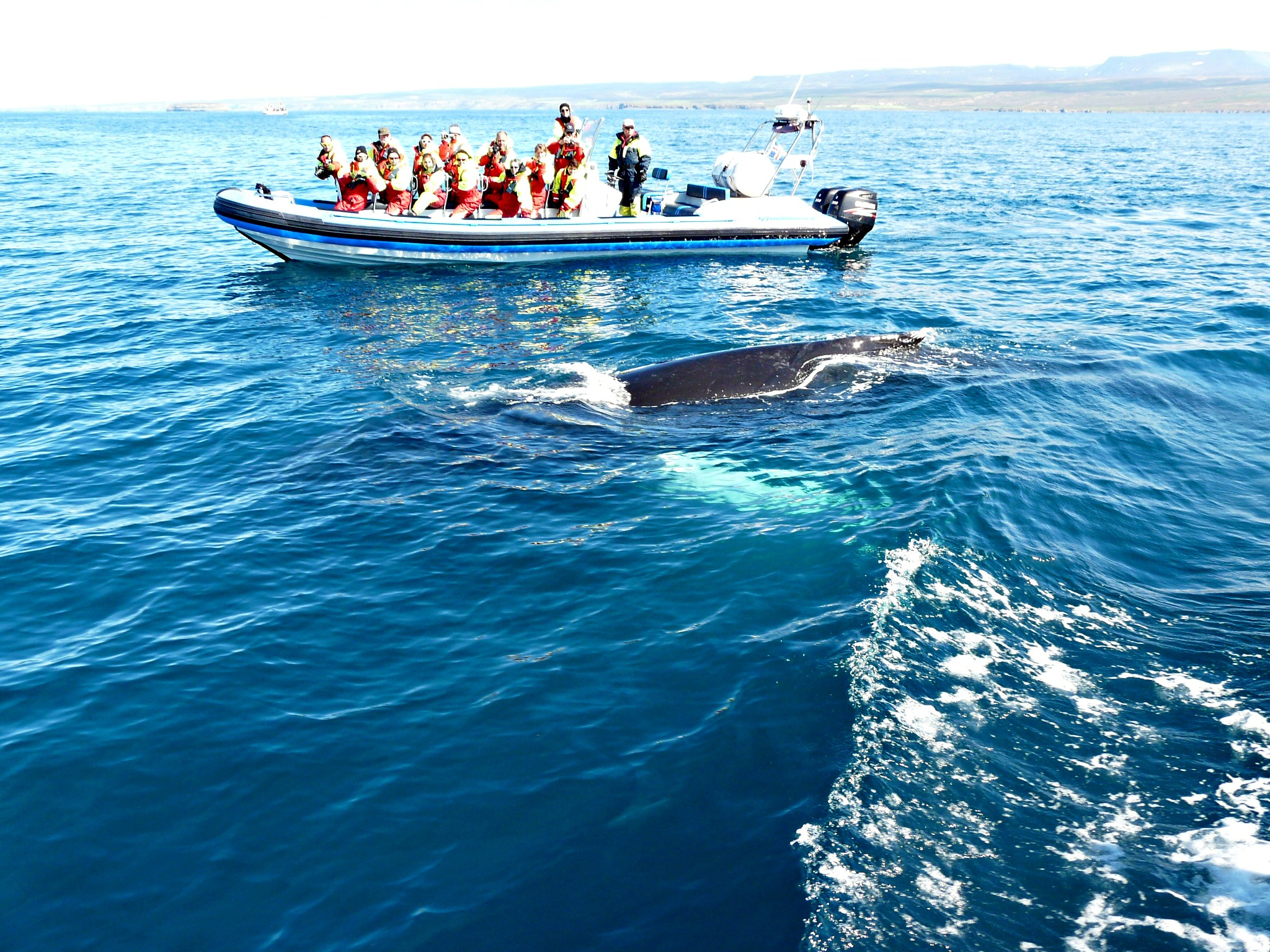 It wouldn't be a trip to an island (though not your typical beach resort), without at least one excursion on a ship. We boarded the the Elding Whale Watching Company vessel with a few other families and took to the seas. The chilliest outing with the wind whipping around as the boat picked up speed, we kept our eyes peeled for the commonly sighted minke whales, white-beaked dolphins, porpoises and humpback whales. Also native to the area are gannets, puffins, guillemots, cormorants, gulls, kittiwakes, and arctic terns, though we were dismayed that the puffins had already migrated south for the winter. We saw a few fleeting glances of whales, but the best part of the journey was the hot chocolate to warm us up and just enjoying the midnight sun - 23 hours of daylight Iceland gets in their summer. 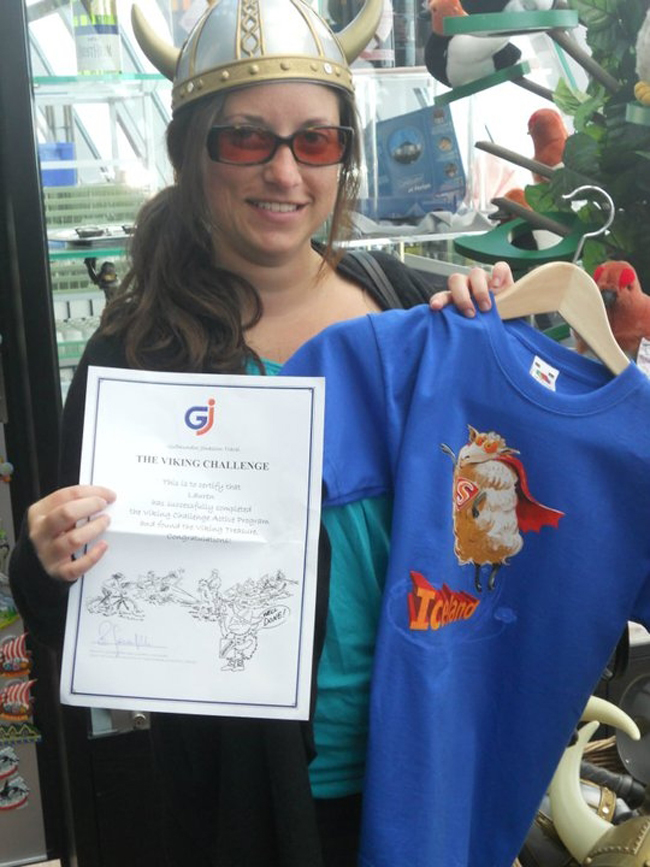 The final step to obtaining our Viking certification was a series of trivia questions and word puzzle about Reykavik and the Icelandic language. I won't spoil it too much if you do decide to go on the challenge yourself, but it was definitely hard - even google was challenged.

Iceland is a fascinating place as it is literally the mid-point between where America and Europe split in the continental divide, and the cultural influences of both sides are abundant. From their love of hamburgers and hot dogs to the European style of houses, it's a mish mash of the cultures and possibly the best elements of the two. It's a unique town with a clash of modern buildings, ancient mythology, city-life and the great outdoors. This trip had it all; stunning natural beauty, interesting history, amazing geological wonders and should be on anyone's bucket list.