By Erica Bray
Save

Photos of Iceland are consistently wowing audiences and circling the Internet, but it’s nothing — nothing — compared to physically traversing the Nordic wonderland. The lava-sculpted landscapes and glacial-clad terrains are ethereal and otherworldly, having provided the backdrop to Star Wars: The Force Awakens, Star Trek Into Darkness and Game of Thrones, among others. The best way to marvel at the diversity of Iceland’s outdoor beauty is by visiting its national parks. Each epic setting invites hiking, ice-climbing, cave exploring, boating, picnicking ‚ or simply doing nothing at all.

While you could base yourself in Iceland’s capital of Reykjavik to make day trips to most of these parks, it’s worth overnighting in nearby towns to truly sink into the scenery. And, remember, Iceland is best when not rushed. 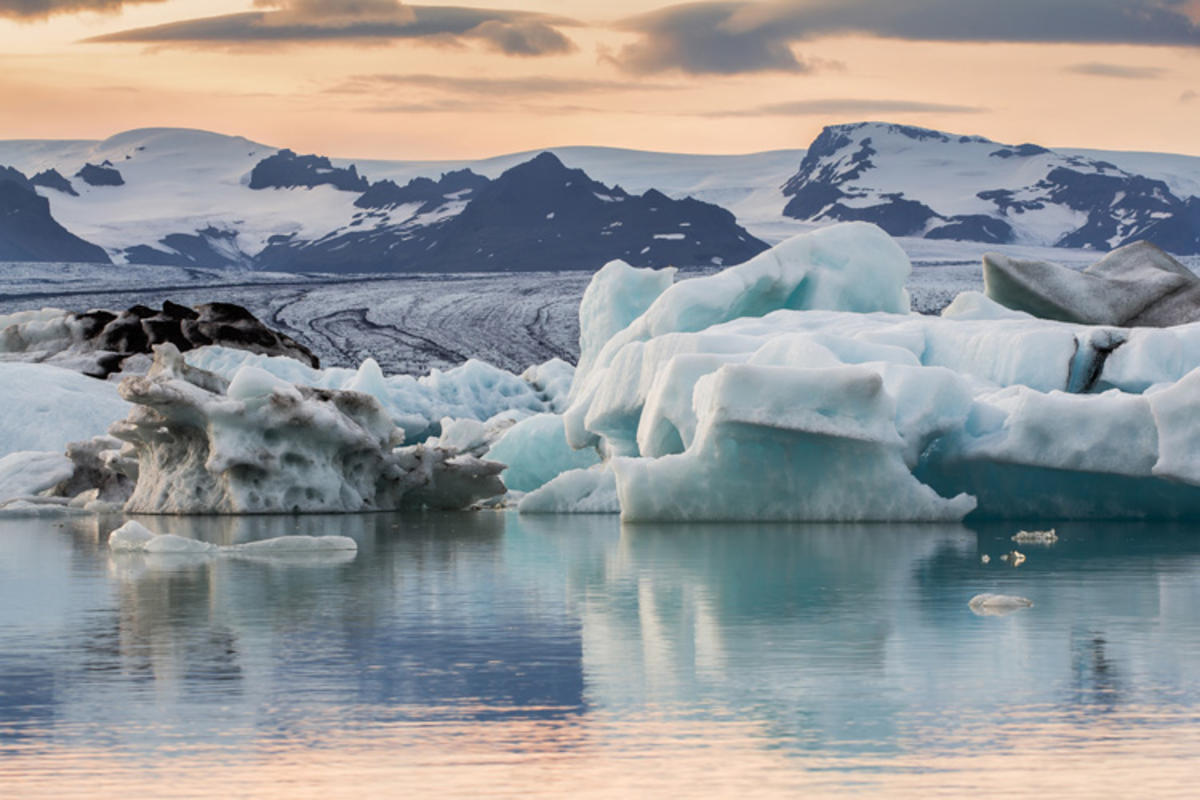 Vatnajokull National Park is the largest in Iceland. Covering 13 percent of the country, the majority of it is underneath the majestic glacier Vatnajokull. Most travelers make their way to Skaftafell, a national park that was absorbed into the bigger Vatnajokull National Park in 2008. Not only is Skaftafell the most easily accessible — right off the Ring Road (Route 1) — but it offers loads of hikes. The most popular is the uphill trek to Svartifoss, better known as the Black Falls because its gushing water is framed by massive, dark-colored lava columns. Also popular in Vatnajokull: guided glacier hikes and ice climbing. Both will test the endurance of your leg muscles and ability to tie on crampons. It’s best to book these glacier tours in advance, as they are quite popular, but local outfitters are also on hand at the Skaftafell Visitor’s Center, too. (But be warned: You may not get on a same-day tour during the peak summer months.) Don’t forget to spend some time at the Jökulsárlón glacier lagoon, arguably the prettiest in all of Iceland. Guided boat tours will take you past the towering ice formations, but simply dangling your feet over the lake's edge is pretty awe-inspiring, too. 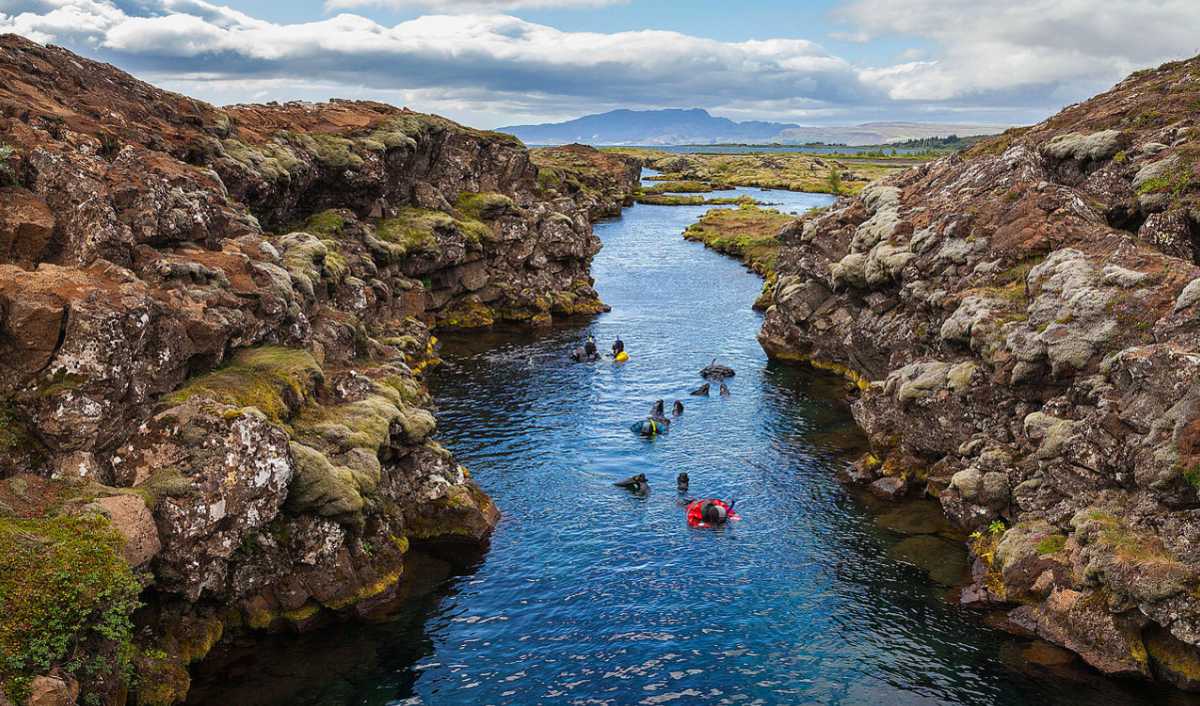 This UNESCO World Heritage Site is a national treasure, as it's where the oldest existing parliament in the world first assembled in 930 AD. Part of the Golden Circle tourist loop, Thingvellir is often the highlight for most who make the popular journey. It’s here where you can observe geological evidence of the continental divide between the North American and Euroasian tectonic plates, especially impressive in Almannagja Gorge, a giant canyon where you can literally walk the rift between continents. Breathtaking views of mountains, glaciers, waterfalls, and lakes make this a setting where hiking, fishing, horseback-riding, and camping are popular, along with SCUBA diving. Local operators offer excursions to the Sifra ravine, where you can swim between two of the biggest continental plates on the planet. The clear visibility combined with dazzling underwater geology make this a brag-worthy Iceland experience. After all, how many people can say they've gone diving under two continents at one time? 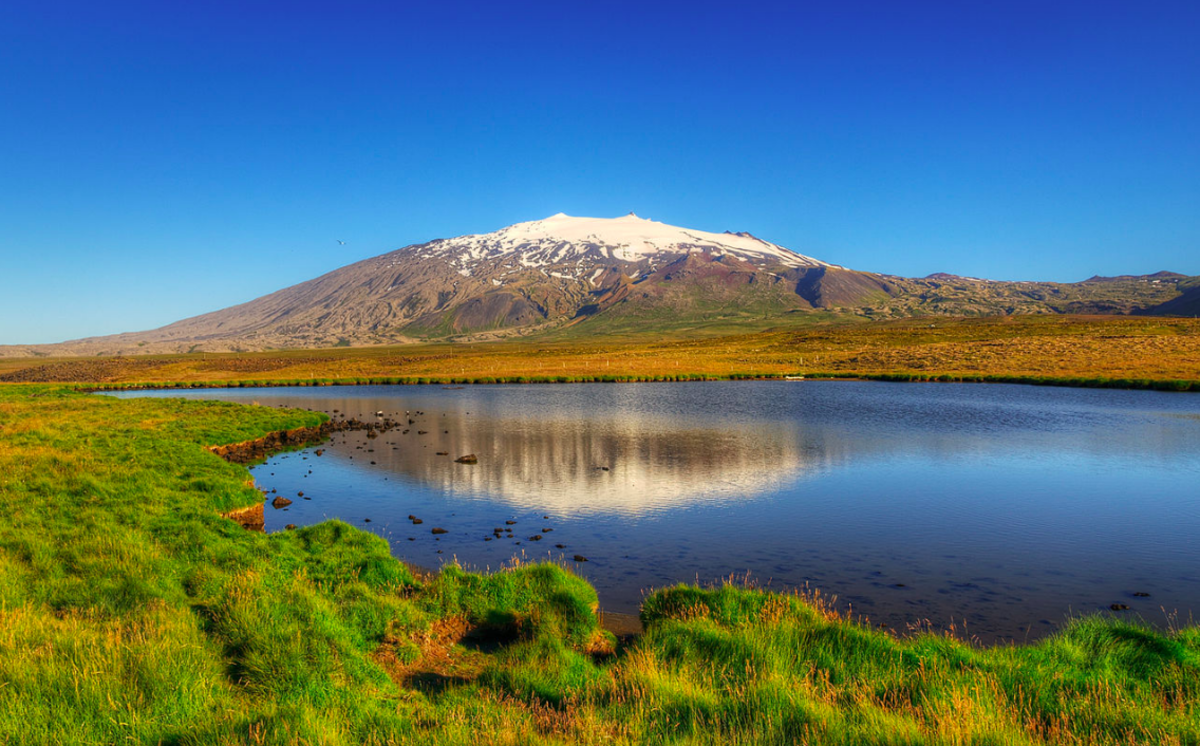 More serene and meditative than action-packed, Snaefellsjokull National Park is cloaked in mystery and romance. It’s also the only national park that reaches from the seashore to the mountaintops with the dominating Snaefellsjokull Glacier overseeing it all. This 700,000-year-old volcano has a glacier covering its summit and fully embodies Iceland’s nickname, “The Land of Fire and Ice.” (And yes, Snaefellsjokull is a frozen volcano of sorts.) Made famous in Jules Verne’s A Journey to the Center of the Earth, it’s also said to be a source of great mystical energy. Take a guided tour to the top, or enjoy the popular hike between Arnarstapi and Hellnar, which winds past dramatic rock formations and sweeping ocean views. Other highlights include snowshoe and ski tours, which are popular from September to June. Expect to be lulled into a reflective state amidst the expansive fields of broken lava rocks, craters and cliffs -- or perhaps it's the mystical magic of Snaefellsjokull itself, which casts a legendary spell across the landscape. 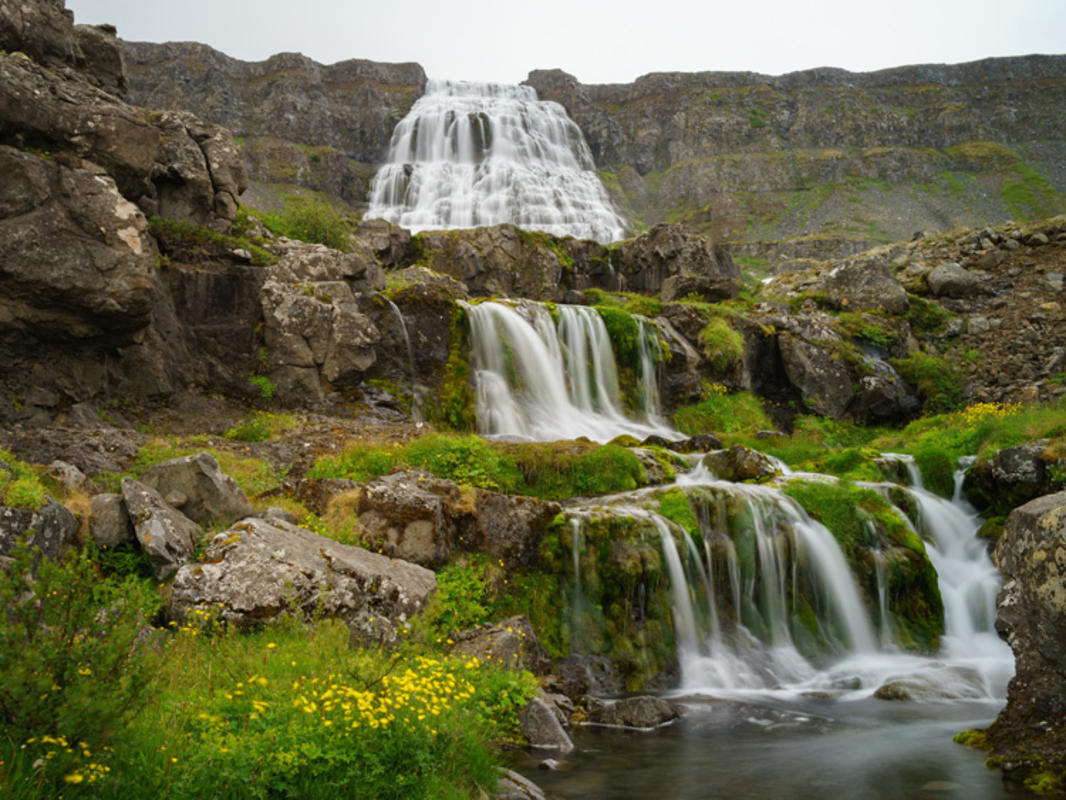 
While technically not a national park, this lesser-traveled region of Iceland begs to be explored as though it were. Hop on a quick 45-minute flight to Islafjord from Reykjavik via Air Iceland (a domestic airline not to be confused with Icelandair, the country’s international airline). You’ll land in a setting that Brandt's Iceland guide describes as “One quirky region that's far away from anywhere else.” Explore hiking trails that range from easy to challenging in nature reserves such as Hornstrandir or Vatnsfjordur; indulge in ocean activities such as kayaking and whale watching; and discover the crown jewel of this region, Dynjandi waterfall (also known as Fjallfoss, or the Thunderous waterfall). Easy, uphill trails lead to the dramatic 300-foot beauty, which sits at the edge of a deep fjord that feels entirely removed from civilization. Getting to Dynjandi requires driving — literally! — over a mountain. It’s totally worth the effort, just not in winter when the roads are closed. Winter, however, is the ideal time to journey up to the Westfjords to ogle one of Mother Nature's most spectacular performances: the Northern Lights. Because this region is far removed from civilization, it's a prime place to witnesses the psychedelic green and blue strobes dancing across the night sky.

http://www.ericabray.com
Join 100k like-minded travelers by subscribing to iExplore
Join with Email
RECOMMENDED FOR YOU