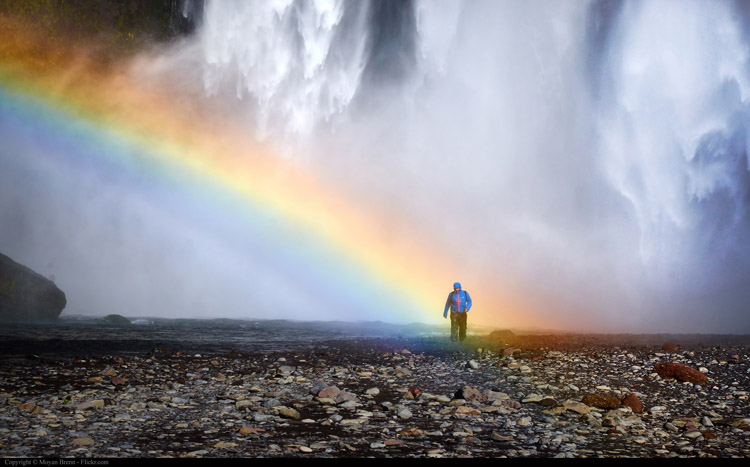 Globetrotters should know that the Iceland weather can be very unpredictable before planning a vacation to the country. Although the nation has distinct seasons, even in the summer there is a good chance that a bright, sunny day will be followed by a wet, chilly day. This crazy weather is caused by the Gulf Stream, which brings warm air from the mid-Atlantic in contact with cooler air from the Arctic. Needless to say, this clash of air can create climate chaos.

Iceland’s two distinct seasons are summer and winter, with summer falling between May and August. These few months are the most ever-changing, with temperatures that can fall from about 77 degrees Fahrenheit during the afternoon to approximately 41 degrees Fahrenheit at night. During this time, the winter snow has melted and generally the weather is comfortable. However, visitors who are heading to Iceland during the summer should know that during the first half of the season, the sun stays above the horizon for about 24 hours. As this tends to be the most popular time for tourism, most visitors do not seem to mind this fact and, once they get used to it, can simply close their blinds in order to get a good night’s sleep.

As even new travelers might expect, Iceland’s winters can be really cold. In January in particular, temperatures can hover below freezing, especially for those who head to the country’s central highlands. Travelers should also be advised the the nation’s winters can also be pretty dark. In the middle of these cold months, there is only four to five hours of sunlight each day. However, visitors that can handle the cold air and the dark environment will find that the winter months can be an amazing time to venture to Iceland. At this time of year, the Northern Lights illuminate the sky. This breath-taking spectacle is also called the Aurora borealis and creates a luminous, multi-colored glow in the sky that can make even the coldest of days seem worth it.

People who are planning to go to Iceland during the summer months should pack things like a windbreaker, a rain coat and a heavy sweater, along with some lighter-weight clothing. Winter explorers should bring really warm clothes, including a coat, gloves and a scarf. Since Iceland is full of steaming geothermal pools, bathing suits are necessary during any season.

The Fishing Trip of a Lifetime

Ice, Ice Baby: The Best Ice Hotels in the World