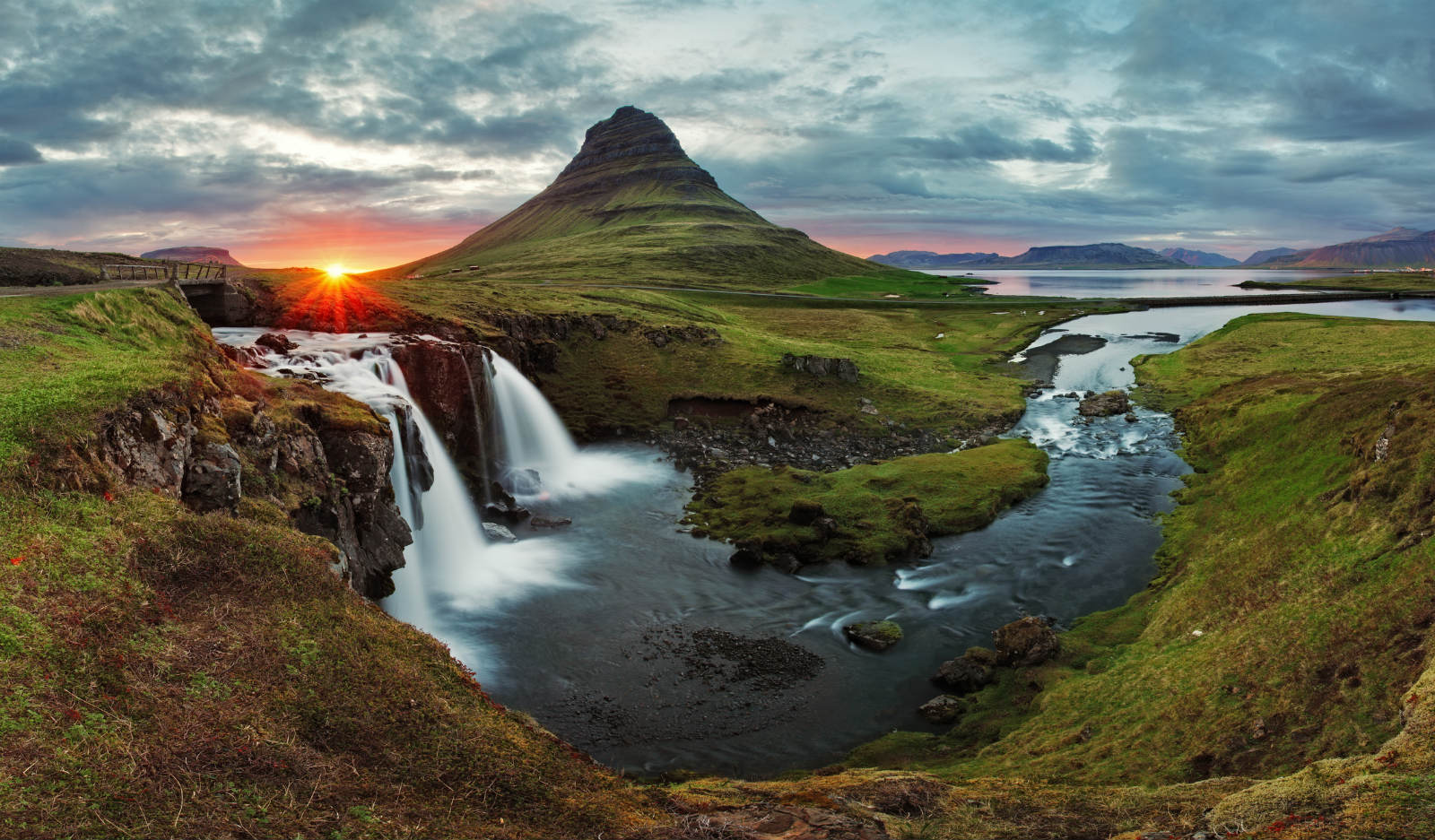 Weird moonscapes, Viking history, unearthly lakes, remote glaciers, snowy wastes, sulphuric springs, geothermal spas and the Gates of Hell – if this sounds like your perfect vacation destination, Iceland is the place to go! Set inches below the Arctic Circle, yet with a surprisingly mild climate, this huge, highly volcanic rock lies right on the Mid-Atlantic Ridge between the North American and Eurasian plates. Iceland offers adventurous visitors a combination of spectacular, contrasting experiences including active volcanoes, fascinatingly different national parks, and a unique, unspoiled environment.

Things to do and see here mostly involve the Icelandic fantasy-land of frozen waterfalls, massive geysers, water-cut lava fields, geothermic lakes, glaciers, and the world’s most dramatic natural phenomenon, the Aurora Borealis. The great, pulsating swathes of emerald green and red trails flicker across the night sky in all their glory, a sight guaranteed to render visitors speechless with wonder. In the daytime, hiking on the tundra or glaciers, ice climbing, whale watching, heli-skiing, ski touring, and ski-mountaineering are all favorites.

Most visitors base themselves in Reykjavik, Iceland’s capital, a beautiful city with friendly, helpful people and the major tourist destination on the island. Eating out here is comparatively expensive but, given the freshness of the food served, is good value for money. Fish is the favorite ingredient, and the restaurants lining the harbor in the colorful older part of the city offer the best choice of seafood dishes. Most hotels are located in or around the city center, close to vibrant nightlife venues and various attractions.

Iceland is the world’s 18th largest island, with the majority of its attractions and all its cities and towns set around its coastline. The wild, strange vistas of the interior are mostly inaccessible during the long winter months, but there’s still plenty to see and do if you’re planning a winter visit. Given the climate, roads here are well-kept, connecting urban areas via spectacular views of rocky cliffs, bays, and promontories, and giving plenty of opportunities for day trips.

Domestic flights are to Iceland what buses and trains are to most other countries, and a great way to see the magnificent vistas of volcanoes, glaciers, ice and snow fields, and the vast expanses of deserted lava fields. For Iceland’s uninhabited, magnificent interior, tours or self–drive are the answer, although tours around the interior are only offered during the short Icelandic summer. Long distance bus travel between major cities is possible, but is often more expensive than flying.