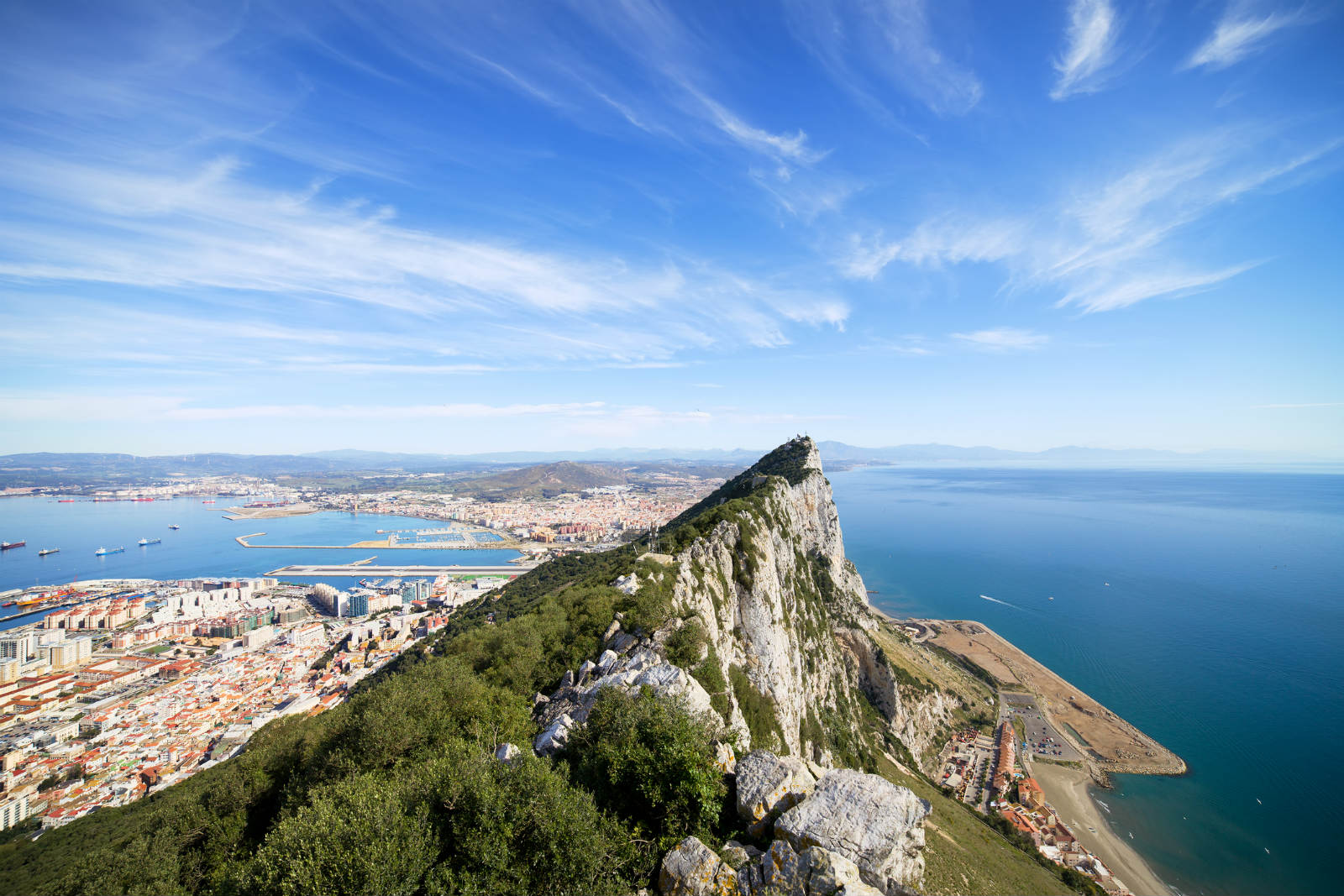 Gibraltar’s size may be tiny, but this British enclave surrounded by Spanish territory has been strategically significant since the beginning of recorded history. Believed to be a pillar of Hercules, the area was also thought to be the end of the world in Phoenician times. “When the apes leave the Rock, so will the British,” is a common legend about the 160 tailless macaque monkeys who have frolicked around the famous Rock of Gibraltar for centuries and pokes fun of the area’s constant handoff between the two European powerhouses.

Nobody was able to occupy Gibraltar for a longer period than the Moors. The 750-year old rule is evident in the Moorish Castle and its Tower of Homage, the first landmark travelers will encounter when entering from Spain. Visitors can see Moroccan mountains and Ceuta on clear days at Europa Point, where the Mediterranean Sea and Atlantic Ocean meet.

Many of Gibraltar’s other historic landmarks lie beneath the surface of this unique landmass. St Michael’s Cave is the most accessible and most famous of the 140 underground caves. The 37-mile long Great Siege Tunnels were built during the late 18th century, then used again as a meeting spot for the Allies to plan their WWII North African invasion. Gibraltar’s most unique attraction has to be the Apes’ Den, whose cinnamon colored, tailless macaques are Europe’s only free-living monkeys.

Although many visitors spend only a day in Gibraltar as part of a longer trip to Morocco or Spain, Gibraltar has its fair share of quality accommodations. Most hotels are more expensive than neighboring countries, but limited budget options do exist and reservations are essential in the busy summer months. British pub food is the most commonly served cuisine, but local specialties include chickpea calentita and spinach tortillas.

As Gibraltar is not part of the Schengen Zone or European Union, automobiles must sometimes wait for hours at its border-crossing with Spain. Traffic is further delayed when flights arrive or depart from Gibraltar International Airport, whose runway strangely crosses one of downtown’s major streets. At the moment, only British cities can be reached directly from the airport and it is often much quicker to take a bus as far as La Linea, the closest Spanish community, then make the three-minute walk across the border. Transcoma ferries also regularly travel between Gibraltar and Algeciras, Spain.

Gibraltar can easily be traversed on foot, at least by people accustomed to plenty of hilly walking. If that’s not for you, buses or guided taxi tours are another option, but the most unique way to explore Gibraltar is by cable car. They travel to the Upper Rock Nature Reserve and tickets often include admission fees to the Apes’ Den, the Great Siege Tunnels, and St Michael’s Cave, all of which are part of Gibraltar’s only nature reserve.