Don't be fooled by what you may have heard or what you think you know about food in Buenos Aires, it’s rhetoric. It’s Argentinean all the way, artery clogging, hangover-inducing cuisine that will leave you sinfully begging for more. You don't go to Buenos Aires on a diet. Although largely devoid of nutritional value, you need to know three central food groups: meat, carbs, and wine. These are going to be your culinary staples for the foreseeable future. Believe the hype though, you'll easily find some of the best beef and wine in the world at a fraction of the cost.

Here are some of the must-try dishes.

These evil little temptations are everywhere. Imagine a buttered croissant. Now double the butter and cut the size in half. Voila, you have a medialuna. Packed with flavor, these little coffee shop snacks go great with an espresso. I've found some places add a light honey glaze on top, “de manteca,” which is the most common, while others are prepared “de grasa,” which aren't sweet at all. The best places to try these are any bakery or café in Buenos Aires. Trust me, you’ll have a harder time staying away from them than seeking them out. 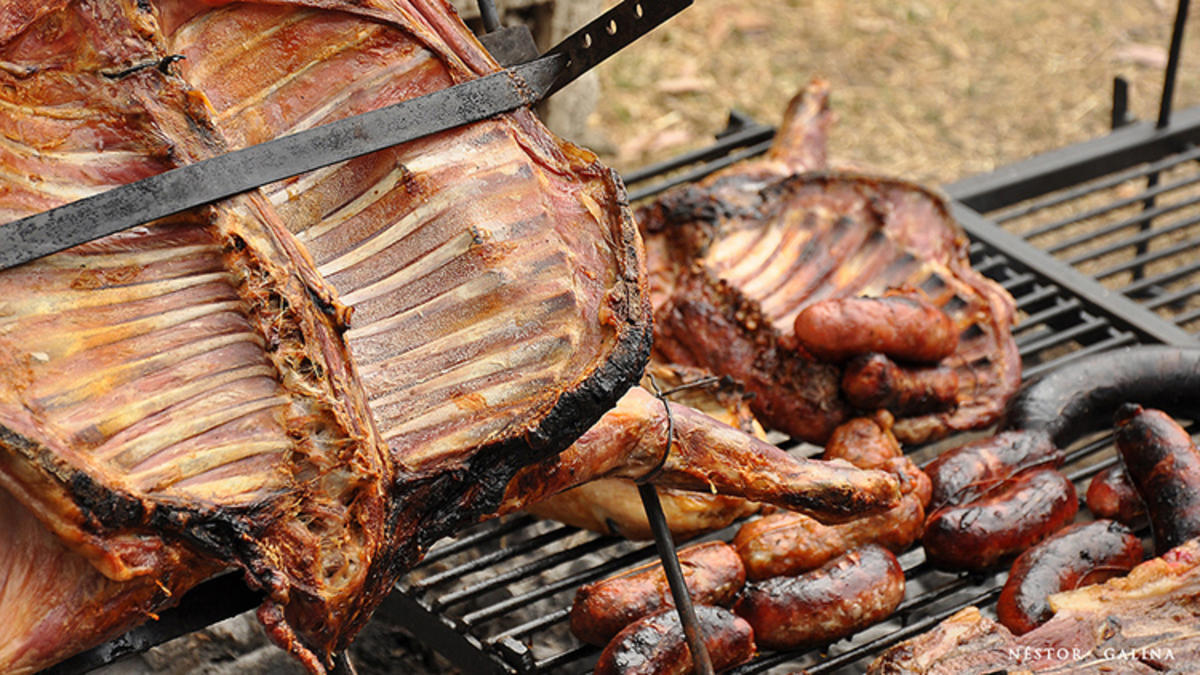 The world famous Asado is simply put, the world's best meat outside of Kobe, Japan. Argentineans' take their meat seriously and only use the highest quality in every aspect of preparation. Usually served at a Parrilla, Argentinian steakhouse, you can also find great Asado outside many tourist spots and nightlife venues. The best Asado though, is undoubtably at a Porteno's (Buenos Aires native) home. You'll usually see groups of friends with pounds of meat ready for grilling. If you’re invited to one of these intimate and special occasions, never show up empty handed. At the very least, bring wine. 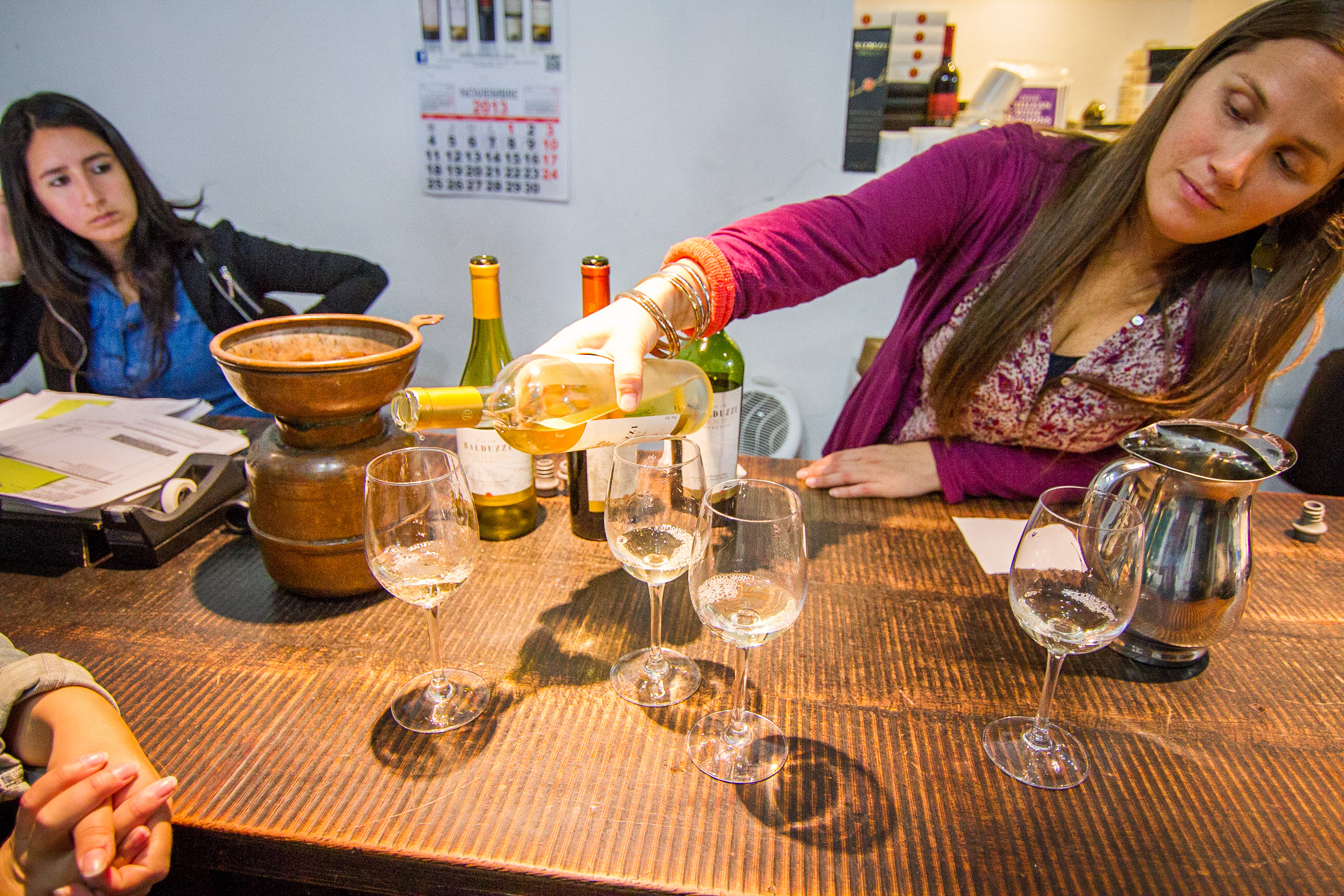 French? Please. Portenos love them some wine. And in some cases, it’s even cheaper than water in Buenos Aires. Malbecs, Chardonnays, and Cabernet Sauvignons dominate the landscape with a bottle of mid-priced vino costing just $5-$10. Many restaurants even include free wine with your meal. If you’re a wine enthusiast, you may want to take a day trip to Mendoza, which is where most of the wine is made and some of the best grapes in South America, but Buenos Aires has no shortage of wine shops and restaurants that are more than willing to help you refine your palette with tastings and workshops. 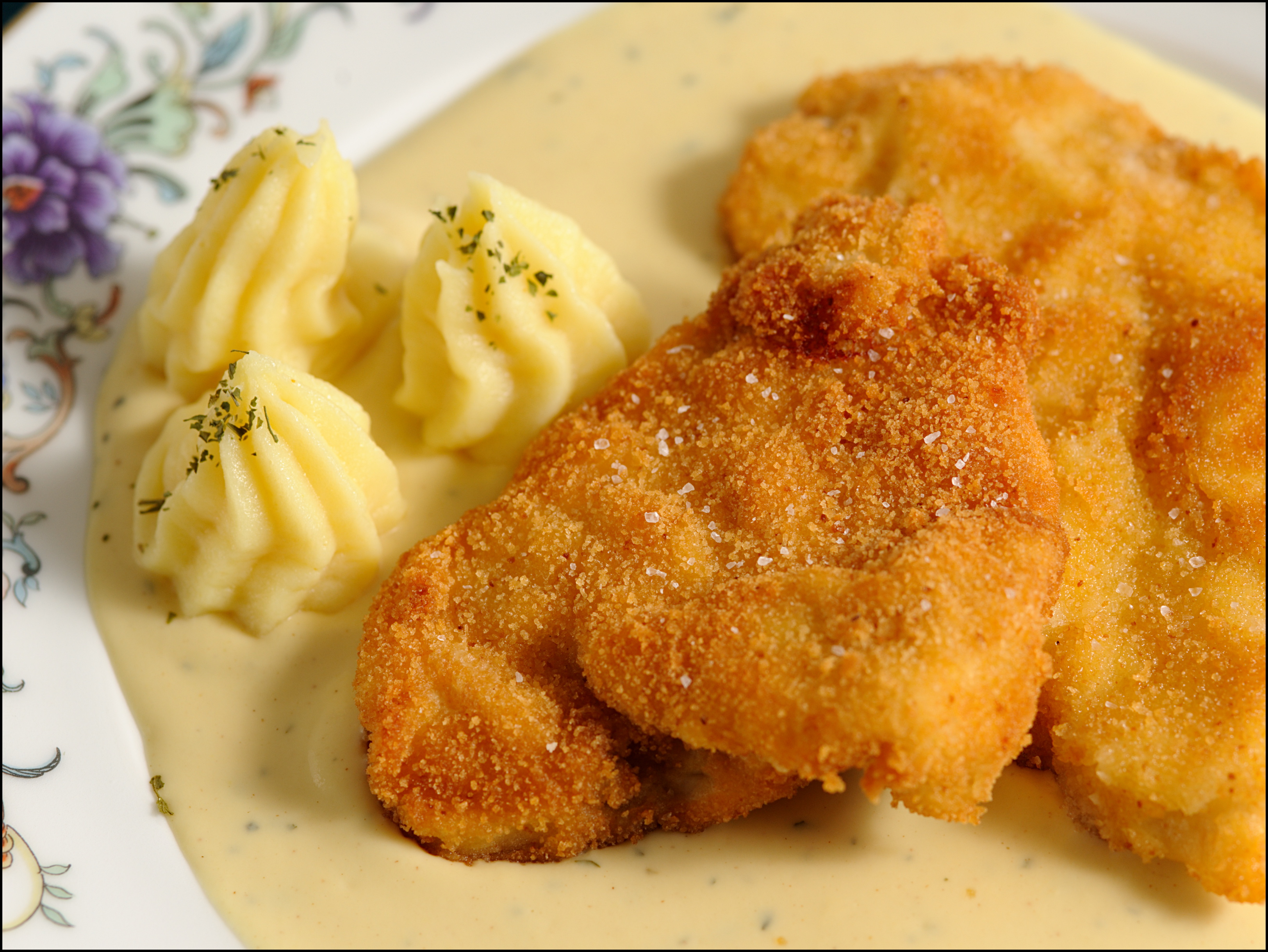 Milanesa is actually Italian so if you’re a foodie, you’ve probably had it or a similar dish before. Buenos Aires surprisingly has a HUGE Italian influence that’s not very prevalent anywhere outside of the capital. Like a schnitzel, milanesa in BA has far superior meat. Ensure that you get some form of sauce or it may taste a bit dry. Many come with a tomato base, but I prefer a parsley and garlic Chimichurri, which adds flavor without overpowering the breaded meat. 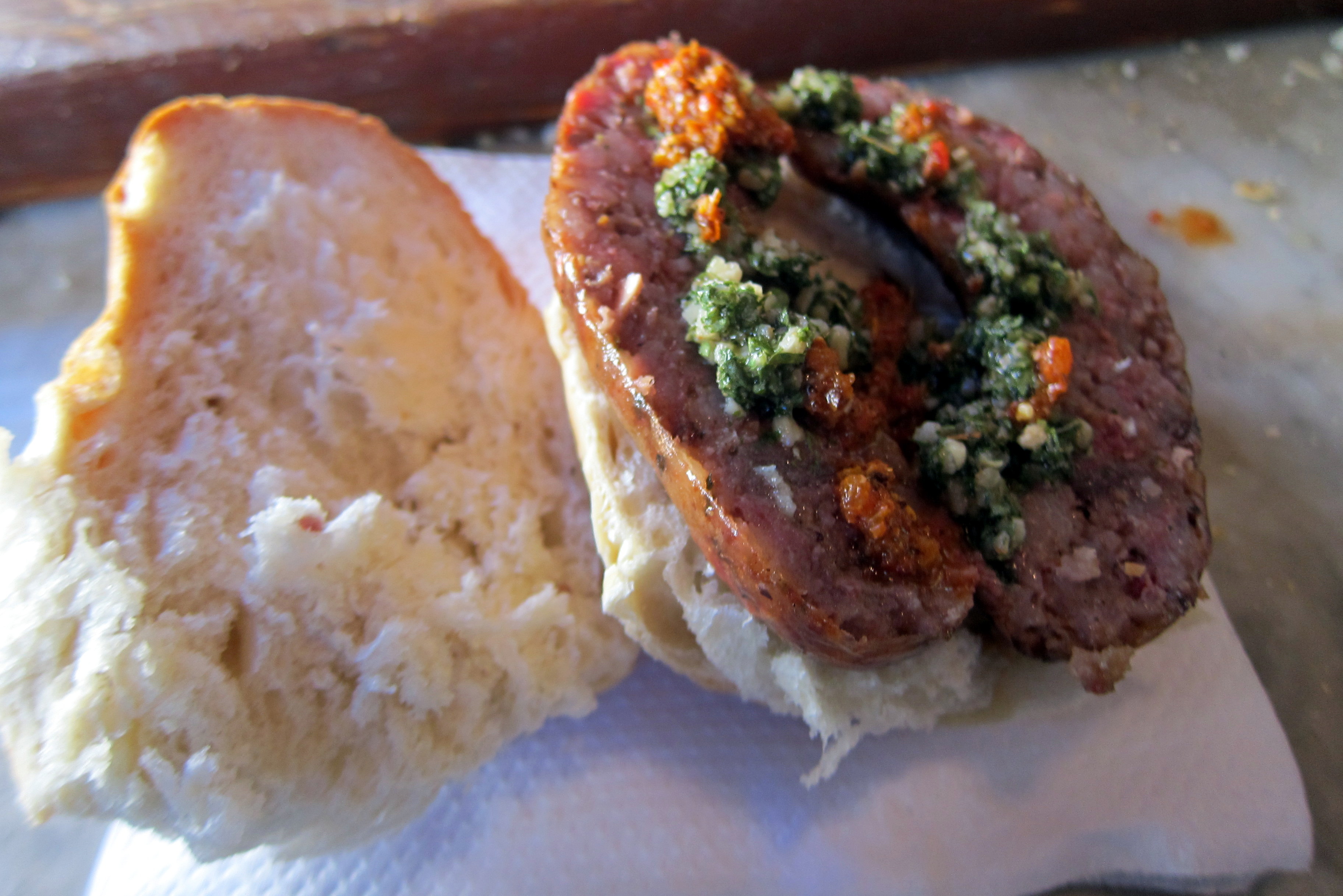 Of all the dishes on this list, I hate Choripan the most. It's so simple yet so uniquely Porteno. Roughly translated, it’s a chorizo sandwich, which is essentially all it is. A piece of Chorizo on toasted bread. Depending on your vendor, there’s an assortment of condiments, but the secret to a great Choripan is undoubtedly Chimichurri.

You can't talk about grilled meat of any kind without mentioning Chimichurri. The South American version of Pico De Gallo, it’s a mix of parsley, garlic, oil, and oregano at its base, but can have other ingredients added for variety. Argentineans' don't believe in seasoning their meat so largely you’ll only find salt and pepper as a garnish. The entire flavor comes from here – the sauce. 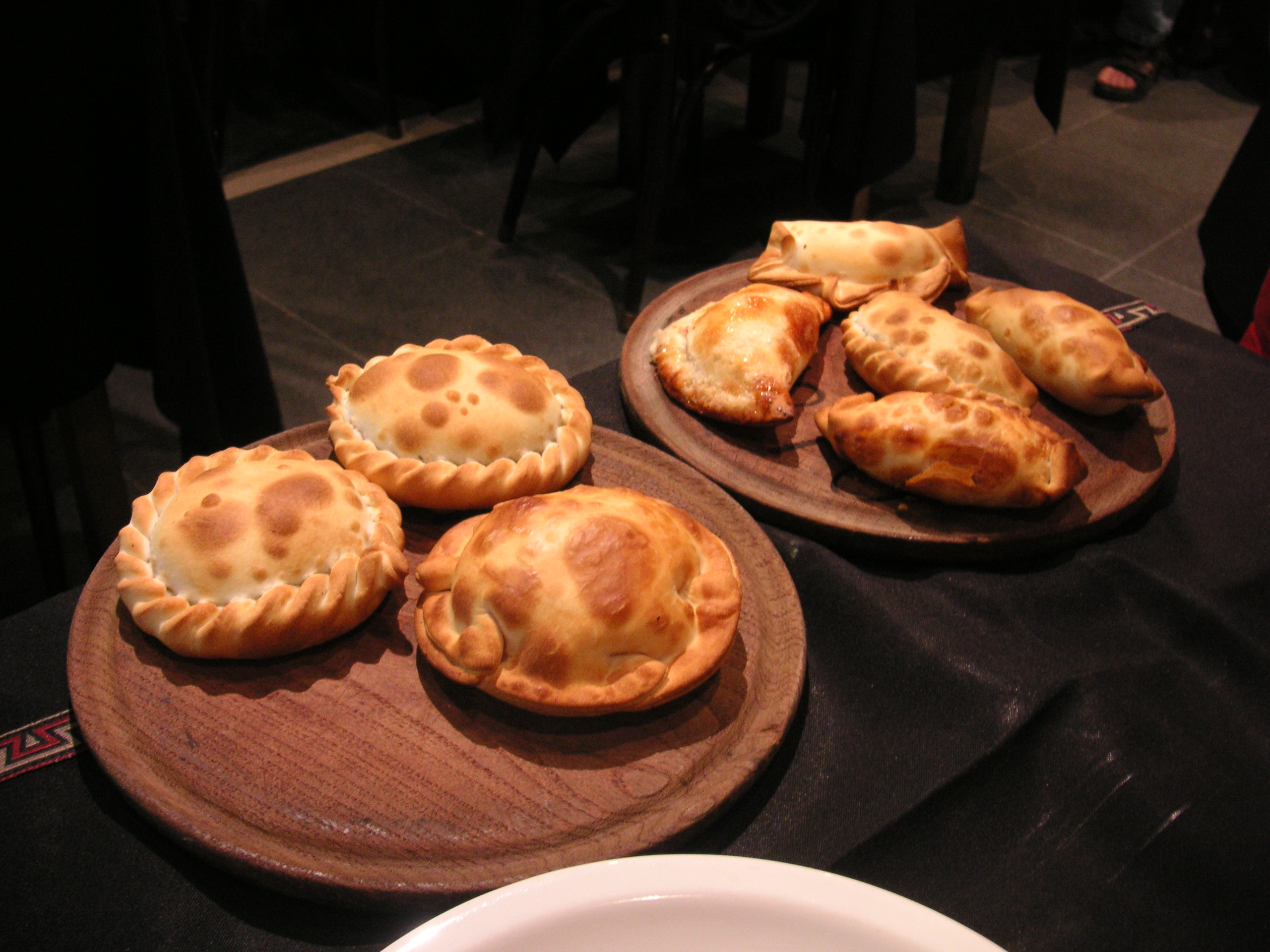 Although they have a unique taste in Buenos Aires because of the meat, several other countries do them better in my opinion. But I would be remise to not mention empanadas given their prevalence on the expansive BA street food scene.

Just as prevalent as Choripan and Asado, empanadas have a cult following in Buenos Aires. A baked pocket of meat (surprise), cheese, and spices, these little guys pack a lot of flavor for a low price. Given their size, it's one of the more economical things you can eat if you’re on a budget. But when choosing one, be sure to know what's inside, especially if they use olives. THEY DO NOT PIT OLIVES so be careful. You’ll also want to look for a flaky crust. I found these to pack a bit more flavor: like a filled butter croissant. Carb happy.