Austin’s Greatest Live Show: The Flight of a Million Bats 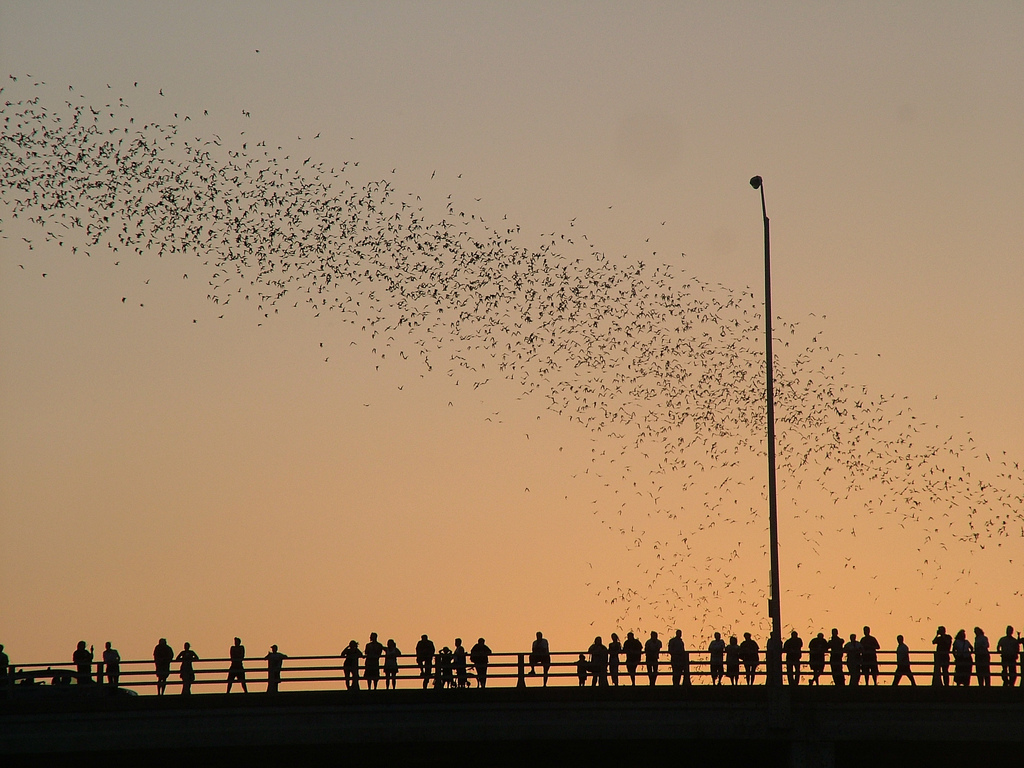 Being the Live Music Capital of the World, Austin plays host to countless memorable performances. People fly in from around world Earth to pay homage to their favorite musicians, comedians, and more recently, racecar drivers. But one of Austin’s greatest live acts doesn’t even require a wristband, and each year more than 100,000 visitors and locals come out for the show.

Austin’s Ann W. Richards Congress Avenue Bridge is home to the world’s largest urban bat population, hosting 1.5 million Mexican free-tailed bats from March to October. Every evening as night falls, these bats rouse from their urban caves and take to the skies.

The bats, like most Austinites, are fairly new arrivals. They have lived under the bridge since 1980, when an architectural remodel accidentally created 14,000 feet of habitat in the concrete crevices. Their arrival initially caused alarm, but after learning that bats consume up to 20,000 pounds of insects per night (including the mosquito, the unofficial bird of a Texas summer!), locals were inclined to let them stay, ultimately curious about the winged creatures of the night. 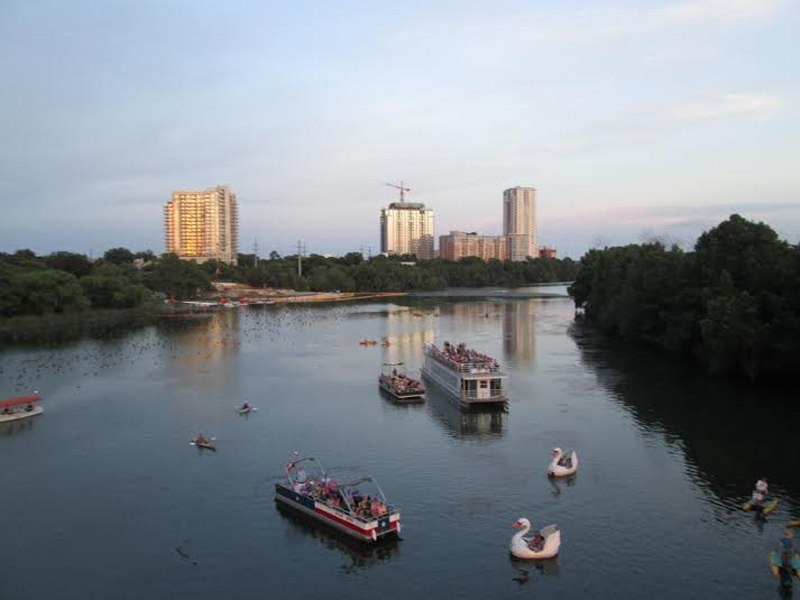 For the best bat viewing, here’s where you can see them:

The traditional way to view the Austin bats is from the Congress Avenue Bridge. You’ll want to arrive about an hour early to get a good spot along the railing. Keep an eye out for the bat guy…he will give you tips about the best place to stand and try to sell you a button. It’s important to note that as much as we keep trying to train them to fly in desired patterns, the bats have a mind of their own, and once or twice a night; someone receives a scare from a detouring bat that came a little too close for comfort. So be prepared and watch your head. As far as we know, they can do no harm and there have been no cases of bat transmitted diseases in the almost 25 years the bats have called Austin home.

The Austin-American Statesman building offers paid parking and a free viewing area on the south banks of Lady Bird Lake. This is a perfect option if you have kids or are not fond of standing for long periods of time, especially along a bustling six-lane highway. Another on-land option is to have dinner at the beautiful Chavez restaurant on the north side of the lake. There’s less of a view, but you will be able to enjoy the bats while sipping on their signature Cherry Margarita in utmost comfort.

Another relaxing way to see the bats and beautiful views of the Austin skyline is to chip out a little bit of cash and grab a seat on the Bat Cruise, hosted by both Capitol Cruises and Lone Star Riverboat. For about $10 per person, you can get up close and personal with the bats. Sometimes a little too personal…I recommend bringing an umbrella or in the very least a baseball cap. And no, it’s not for the weather. For the more adventurous bat viewers, try renting a kayak, paddleboat, or standup paddleboard.

*It’s important to note that bats are wild animals, and therefore less predictable than we would sometimes like. Even though we bought a ticket and showed up for the show, bat sightings are never guaranteed. The best time of year for viewing is August through September, when the bat pups join their mothers in the nightly hunt. For their current schedule, contact Bat Conservation International Society at 512-327-9721.