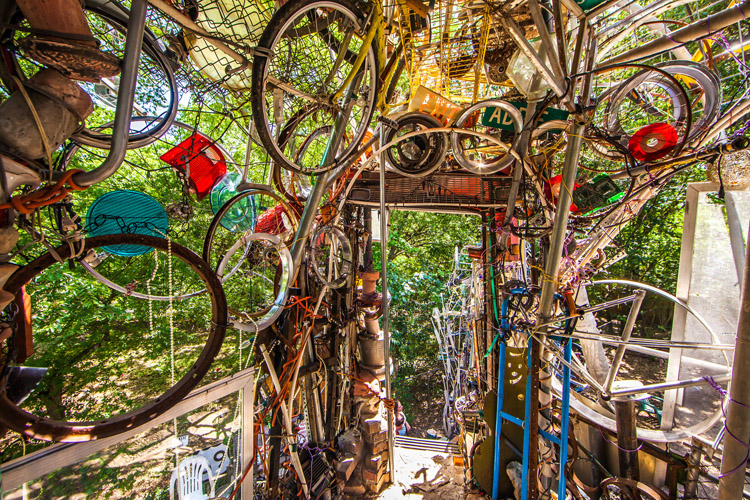 With its excellent location on the banks of the mighty Colorado River, it would seem that Austin was always destined for great things. Upon being founded back in the 1830s, the settlement was named Waterloo. Shortly thereafter, Waterloo was named capital of the Republic of Texas, setting the course for the city’s later incarnations. In a fit of patriotism, the city was renamed after Texas’s favorite son, Stephen Austin, and went on to become the capital of the state of Texas. Other than a quiet spell during the Great Depression, Austin has enjoyed continuous growth and presents many exciting opportunities for tourists and travelers – especially those who are looking for something a little different.

Austin prides itself on bucking the trends that the rest of the Lone Star State seems to stick to almost uniformly. The bohemian and independent sensibilities of this city are what give it its unique charm. For visitors, that enticing flair makes for plenty of exciting activities and attractions, including:

The Bats At The Congress Avenue Bridge

Despite its crowded nature, there is an unusual oasis for furry, winged mammals in Austin: the Congress Avenue Bridge. More than 1.5 million Mexican free-tailed bats make this bridge their home; between March and November, people stop by to watch the fascinating creatures in action. Be sure to arrive near dusk if you really want to see them on the move! It’s one sight that you’re just not going to see anywhere else.

The Cathedral Of Junk

The expression “one man’s junk is another man’s treasure” gets taken to a whole new level at this unusual Austin landmark. The Cathedral of Junk is located on the south side of the city and features several interesting monuments, statues and other works of art that are made entirely out of garbage. At first glance, the place seems relatively unassuming; once you begin exploring it, though, you’re bound to be amazed.

In nearby San Marcos, you can paddle around year-round in water that is 76 degrees Fahrenheit. The Rio Vista Falls are an excellent place to while away a pleasant afternoon when staying in or near Austin; tubes are available to rent so that you can float leisurely along, or you can engage in some decidedly more adventurous kayaking. Whatever you decide, you’ll be glad you stopped by.

The Monument To Confederate Dead

History buffs shouldn’t miss out on the Monument to Confederate Dead in downtown Austin. This statue commemorates the many members of the defunct Confederate States of America who lost their lives during the Civil War and is a nice reminder that Austin is, after all, in the south.

Austin is a great place to explore with children, thanks to its offbeat attractions and free-spirited ambiance. Couples will also have a great time in this central Texas city. Here are a few highlights:

Walking Tours Of The State Capital

As the capital of a state as large as Texas, you can bet that the capitol building in Austin is an impressive place. Head over there to check out a variety of different walking tours of the premises and its surroundings. Along the way, you’ll learn many intriguing and fun facts about the city of Austin, as well as about the history and culture of Texas. This is a great option for couples and families alike.

Just outside of Austin, the Hamilton Pools – a 232-acre preserve – serves as a wonderful getaway from the hustle and bustle of city life. A waterfall is a romantic spot for couples to lounge and enjoy some time together, and hiking and swimming opportunities abound.

There are plenty of prime date spots in the city of Austin, and a great way to scope them all out is from the back of a horse-drawn carriage. When in the city, hop on board a romantic carriage ride that will take you past some of the most memorable and interesting sights in Austin.

Some of the best, freshest and most authentic Mexican food outside of Mexico can be enjoyed in the city of Austin. From small taco stands to upscale restaurants, there are plenty of tempting options to explore. Beyond purely Mexican cuisine, you can also sample a vast variety of Tex-Mex cuisine at some of the most interesting restaurants you’ll ever sit down in. If one thing’s for sure, it’s that Austin is a colorful, fun – and flavorful – city to grab a bite in.

People who are traveling to Austin have many different options to choose from, especially if they are flying in. Dallas-Fort Worth International Airport is reasonably close, and Austin Bergstrom International Airport is served by many of the major airlines. San Antonio is another prime choice. Several major freeways and interstates weave in and around Austin, so finding your way there is never an issue.

Texas summers are notoriously hot and sweltering, and Austin definitely falls into that category between June and August. For that reason, most people prefer to plan their Austin sojourns for the spring or the fall. During either one of those seasons, the temperatures are reasonable and you won’t end up sweating up a storm as you explore from place to place.

11 Reasons Why You Should Visit Austin This Year

Off the Beaten Path Adventures in Turkey

9 Ways to Get Wet and Wild in Taiwan