Pearl of the Orient, Teardrop of India, Resplendent Isle, Island of Dharma, Ceylon and Serendib: these are all nicknames given to Sri Lanka, an island country full of rich culture, history, beautiful countryside and Buddhist traditions. A maritime country in Southeast Asia near India, Sri Lanka's geographic location and deep waters made it of great strategic importance from the time of the ancient Silk Road through World War II. These days, people come to discover a sleepy beach town that seamlessly blends religion and city-life with an idellyic island escape. 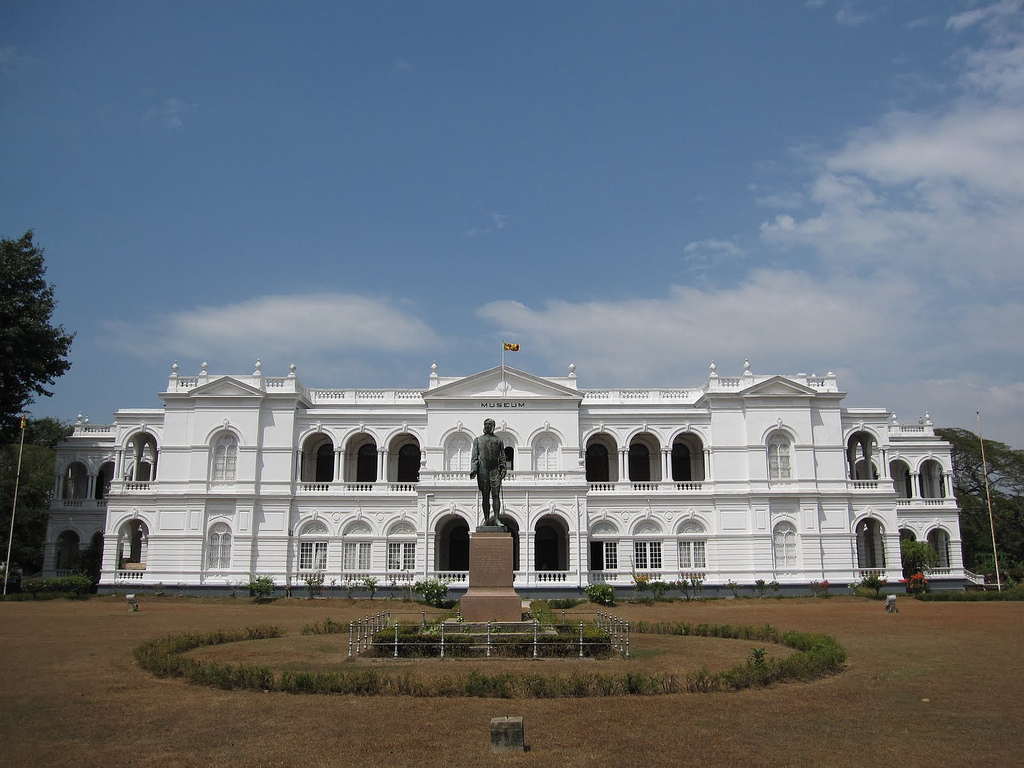 Are you drawn to ancient artifacts, antiques, archeological artifacts and cultural history? Take a stroll through Sri Lanka's National Museum located in the country's largest city Columbo. Established in 1877, the National Museum exhibits 4,000 palm leaf manuscripts and the regalia of Kanyan Kings dating as far back as the 17th century. 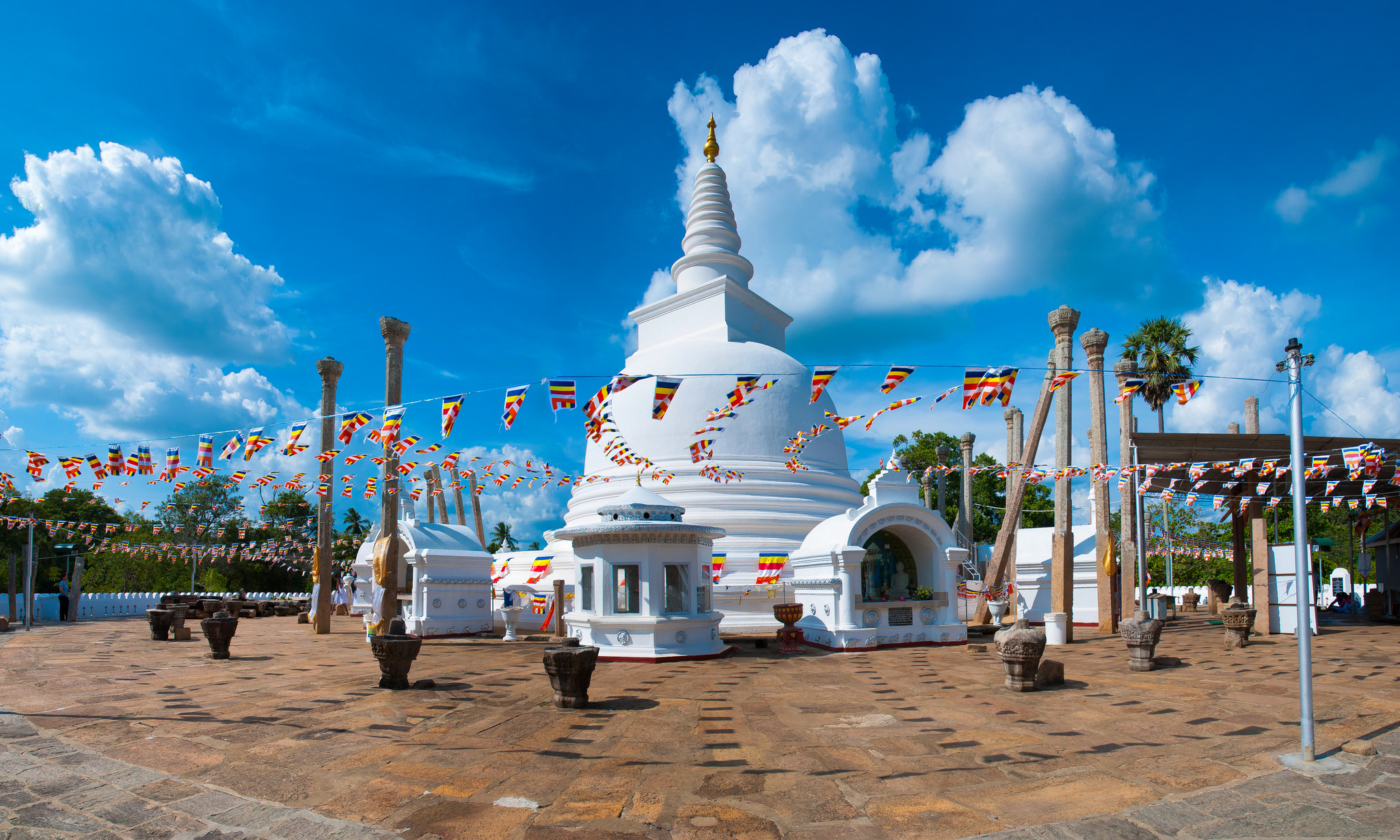 Uncover more of Sri Lanka's history by visiting the sacred city of Anuradhapura located in the jungle 130 miles (205 km) north of Columbo. You can rent a bicycle or travel by tuk-tuk to explore the ancient ruins of palaces and monasteries, carvings, sculptures, and dagobas (domes built to enshrine sacred relics). 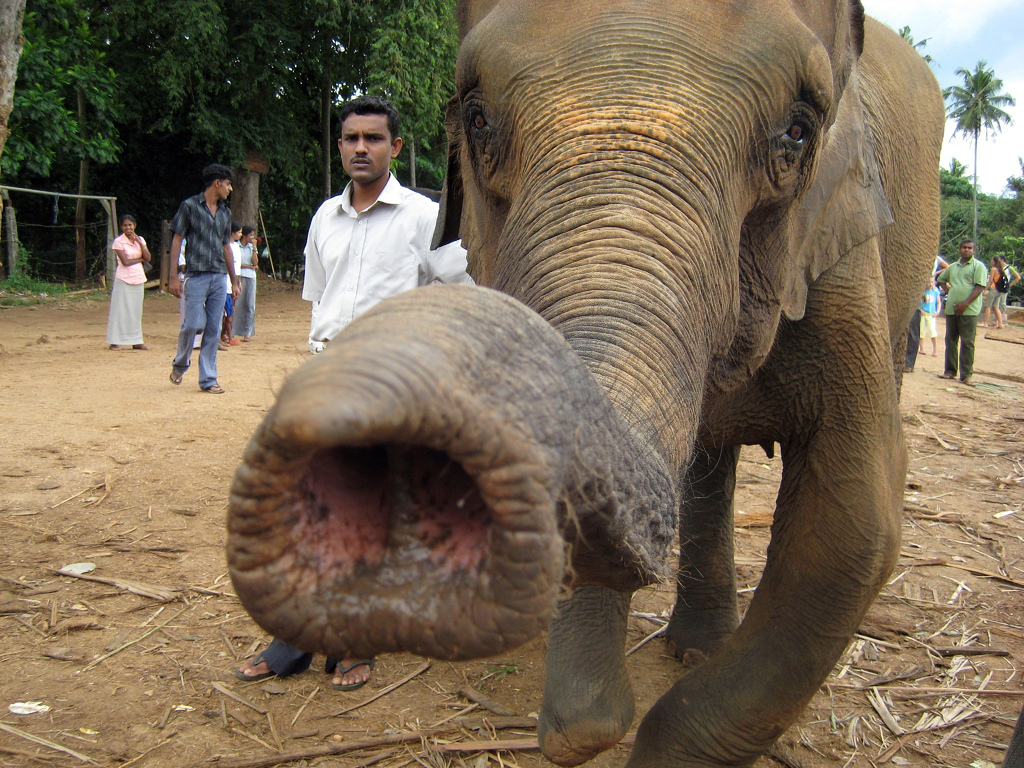 A herd of 60 elephants roaming freely over 25 acres of verdant forest, Pinnawela is a magical place. An Elephant Orphanage situated in the countryside of the hills of Kegalle on the way to Kandy, visitors are welcome to assist in feeding the baby elephants before leading their daily bath ritual. 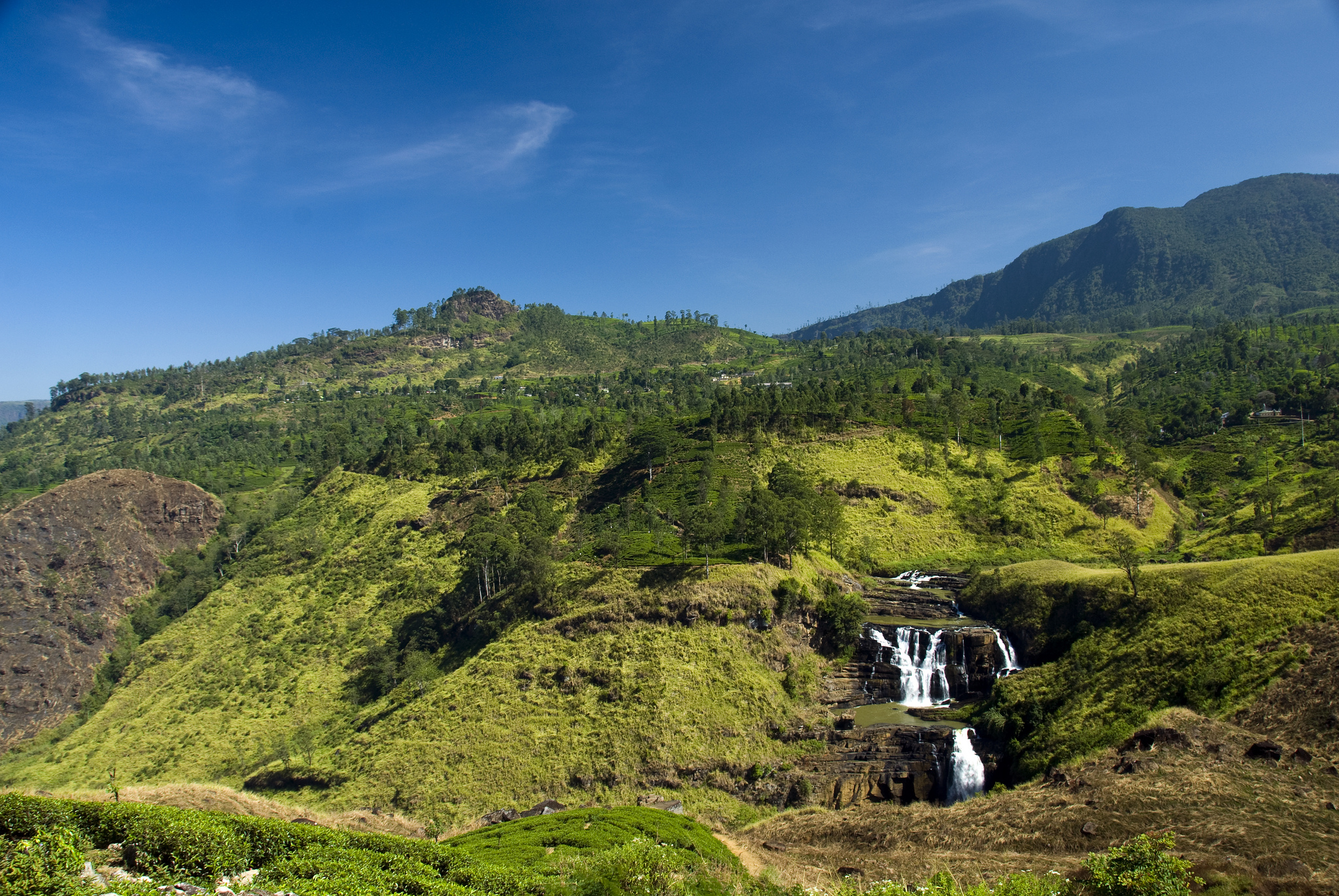 A bustling island, Sri Lanka is known for its divine southern beaches. Enjoy the amicable ocean between the months of October and April when the monsoon has moved on. Hikkaduwa is a popular spot for scuba diving because of its plentiful array of coral and tropical fish. Also, make sure to visit Kudawella, which is known for a blow hole which throws large columns of water into the air when the ocean waves break on the rocks. 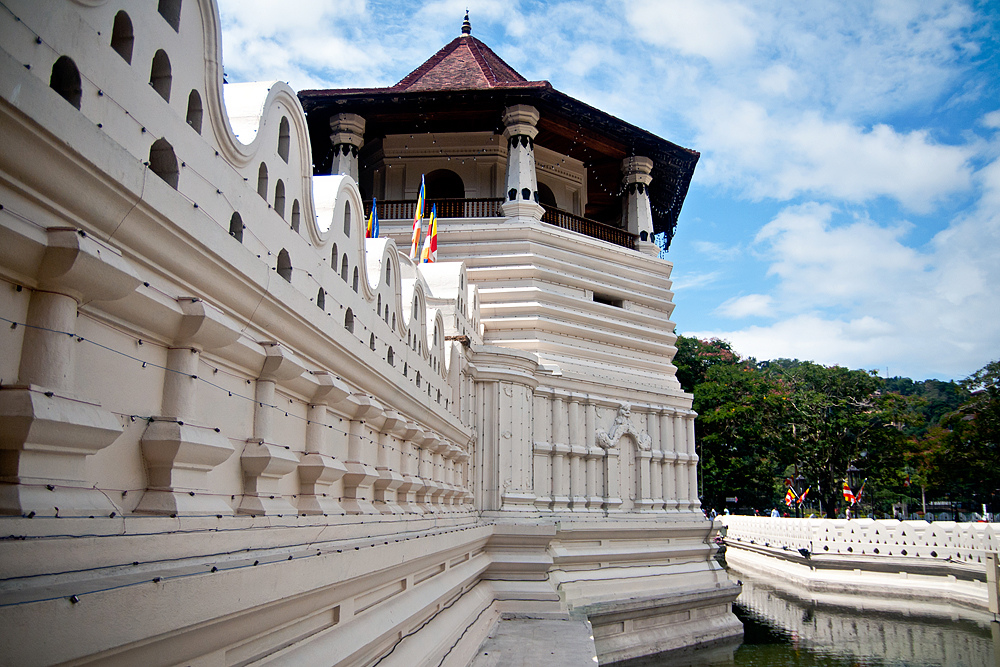 Delada Meligaway or Temple of the Sacred Tooth, is located in Kandy, a city full of Buddhist history. The golden-roofed octagonal temple was built between 1687 and 1707 and legend has it the incisor was stolen from the Buddha as he lay on his funeral pyre. It was taken to Sri Lanka and hidden in Princess Hemamli's hair. The temple is connected to the Pattiripuwa (Octagon) which originally was used as a prison and now holds a collection of palm-leaf manuscripts.