If you’ve seen March of the penguins you will have developed a regard for the tall, black suited Emperor Penguins of Antarctica. You might also know their story, or rather their love story, as described by film narrator Morgan Freeman.

“Like most love stories it begins with an act of utter foolishness,” says Freeman in the film. In this case the foolish act is the penguin’s march, sometimes for hundreds of miles, from the sea to breeding grounds deep in the most inhospitable grounds of Antarctica.

However the march is also the behavior for which they are most known, waddling comically along the ice or pushing themselves along on their bellies. 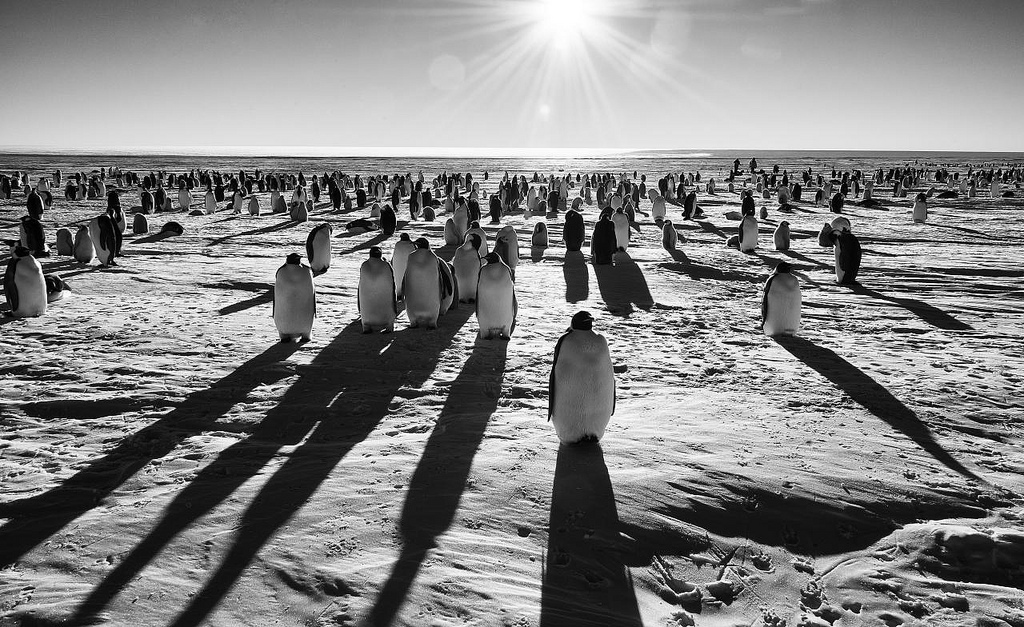 The Emperor is the largest of all penguins and endemic to Antarctica, a harsh homeland that led Antarctic explorer Apsley Cherry-Garrard to say, “I do not believe anybody on Earth has a worse time than an Emperor Penguin”.

“The penguin’s march, sometimes for hundreds of miles, (is) from the sea to breeding grounds deep in the most inhospitable grounds of Antarctica.”

But the penguins themselves probably wouldn’t agree as they have an incredible genetic makeup, allowing them to survive the continent’s harsh climates with comparative ease.

They have streamlined bodies with flipper like wings perfect for swimming. They can dive to 500 meters to feed on squid, fish and crustaceans and hold their breath for up to 20 minutes. 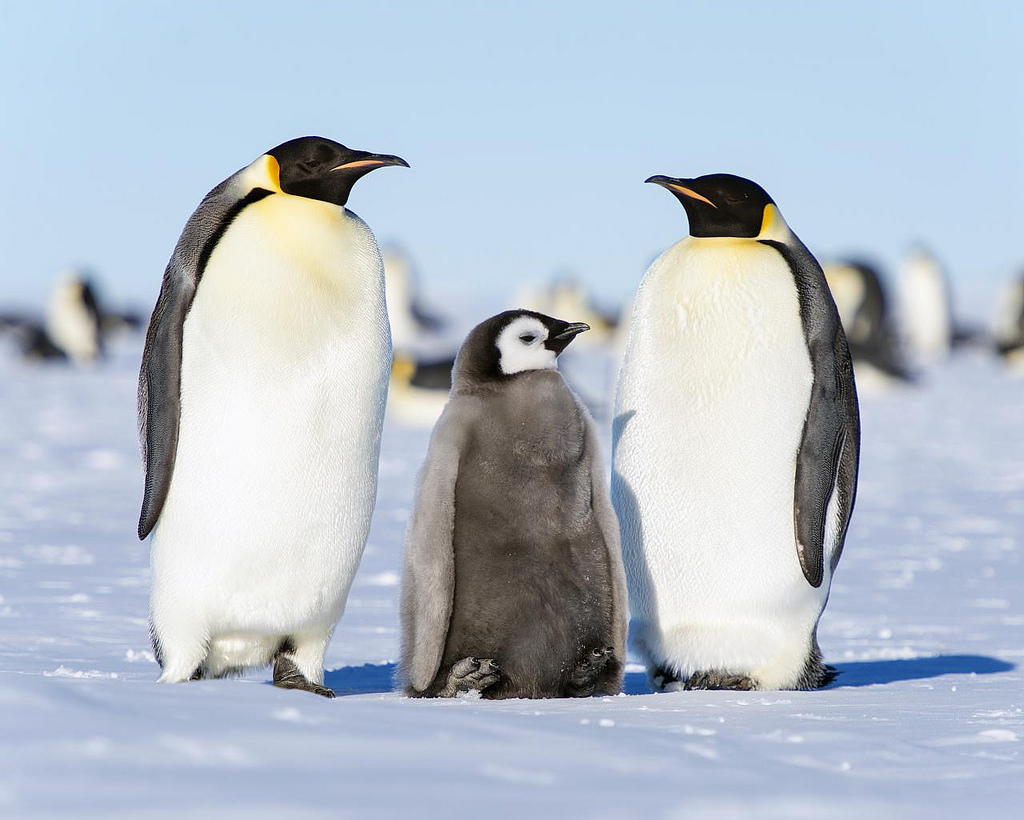 On these dives, they reduce their heart rates to as little as five beats per minute and shut down non-essential organ functions to dive deeper. Remarkably they are able to function at low oxygen levels thanks to unusually structured haemoglobin, while avoiding the affects of decompression sickness.

Emperor Penguins are also well insulated thanks to densely packed waterproof feathers and sub-dermal fat. They can thermoregulate in temperatures between –10 degrees to +20 degrees without altering their metabolism and maintain a core temperature even when it plummets to –47 degrees. In fact the only time penguins seem distressed is in temperatures above 20 degrees. The Emperor exists almost exclusively between the 66° and 77° south latitudes in the Weddell and Ross Seas, breeding on stable pack ice near the coast. Their population is estimated at 400,000–450,000 in 40 independent colonies.

It is possible to visit the tuxedo-clad birds and tourists frequently enjoy fantastic, close up encounters with the inquisitive and friendly penguins. Most expeditions to Antarctica will include a visit to a penguin colony.

Around 80,000 pairs breed in the Ross Sea. Cape Washington has the largest colony with 20,000–25,000 pairs. This colony is relatively hard to reach but it can be done by boat, helicopter and then on foot.

In the Weddell Sea there is a colony on Snow Hill Island just off the Antarctic Peninsula.

Land colonies have been reported at Dion Island on the Antarctic Peninsula, Amundsen Bay in East Antarctica and near the Australian Antarctic base of Mawson at Auster where there are 12 000 pairs, and on a headland at Taylor Glacier with 3000 pairs. Occasionally Emperor penguins have been recorded on Heard Island, South Georgia and New Zealand.

The endearing love story of the Emperor Penguin is really a tale about their cycle of life. When the birds are about four years old they leave the water at the end of summer to return to their place of birth. They begin a march of up to 100 miles that can take over a week to what will become their nesting grounds.

When they arrive the ritual begins to choose a mate. The courtship involves ecstatic head turning displays and mating calls. Once they’ve paired up the penguins mirror each other’s movements before finally copulating.

The female lays a single egg in the middle of winter then passes it carefully to the father, before departing to feed at sea for two months. The fathers remain with the egg for 64 days during the worst of winter when it’s pitch black, winds reach 200km/hour and temperatures plummet. To survive they huddle together and shuffle around resiliently so each gets a turn in the middle. As winter ends the eggs hatch. If the mothers have not returned the fathers feed the chicks a milky substance from their throats. When the females come back they call for their mate amidst the crowds, take over care of the chick and the father departs for the sea to feed. By this stage he may not have eaten for 100 days and could have lost up to 20kg.

On his return the parents take turns to feed at sea and then regurgitate food from their stomachs for the chicks. As the chicks grow stronger they spend more time together in crèches while both parents are away.

Once the parents finally depart, the chicks grow their own plumage and during December head to the sea for the first time or “go home” as Freeman narrated. They spend four years at sea before the cycle starts again and it’s their own turn to march and breed.

For those who have the opportunity to see the majestic Emperor Penguin you will be treated to one of the greatest wildlife shows on earth.