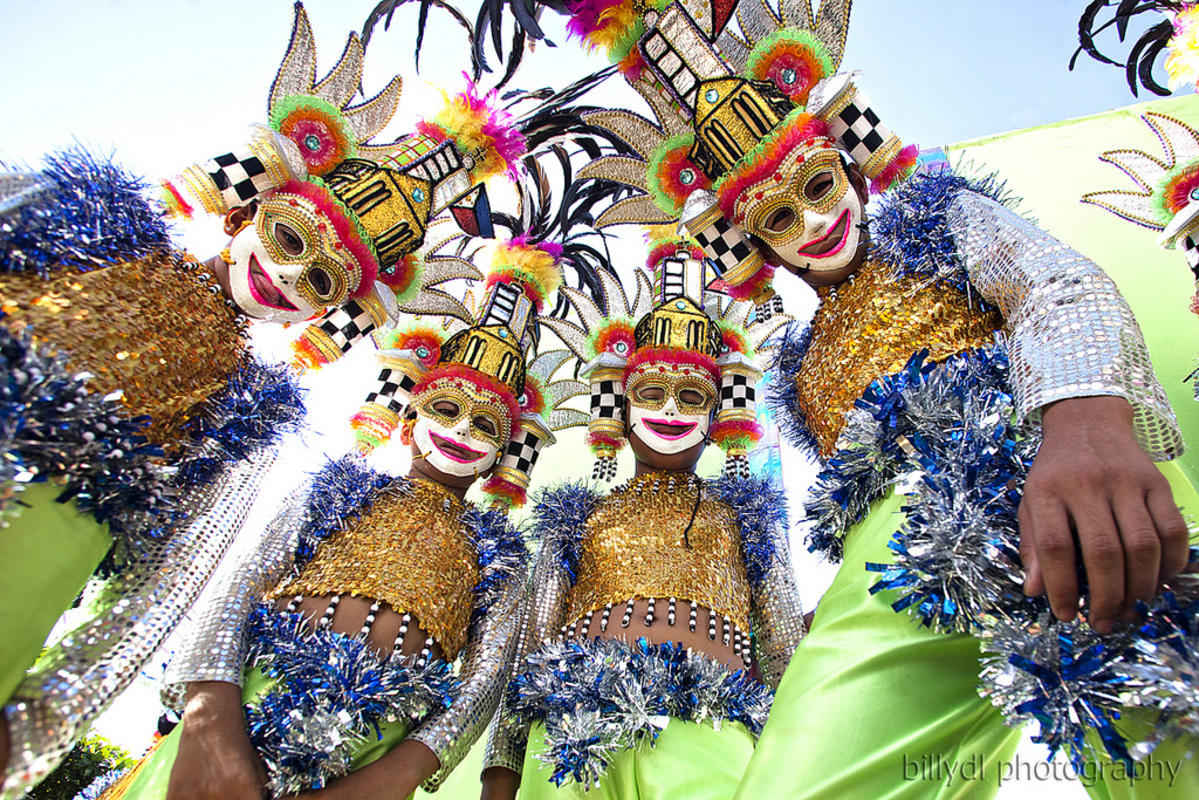 The Philippines is a predominantly Catholic nation so many of the annual festivals such as the Mariones Holy Week are related to important events on the religious calendar. There are several celebrations with roots in pagan times, such as the Ati-Atihan festival which preserves costumes and rituals that have been modified over time to reflect more recent Christian beliefs. Experiencing Philippines holidays are a first-hand look into their diverse culture and harried past.

Festival of the Black Nazarene

The Black Nazarene is a status of Jesus that is believed by many to have light skin but turned dark after surviving a ship fire as it arrived to the Philippines from Mexico. On January 9th every year, the statue is taken from its resting place in the Minor Basilica of the Black Nazarene in Quiapo, for a procession. The festival begins in the morning with a Holy Mass at the Quirino Grandstand in Rizal Park, and then the statue is put on a cart back to Quiapo, carried by maroon wearing, barefoot penitents. Several million devotees take part, creating some risk of injury, crowding and heat related problems.

This week long Mardi Gras style celebration originated in the 13th century with a group of fair skinned Malay immigrants paying homage to the darker Ati locals who accommodated their arrival. The event was augmented during Spanish rule to include paying tribute to Santo Niño (Jesus the child). The festival takes place in Kaliba during the third week of January and culminates in a massive Sunday parade where bright costumed revelers with their skin painted black transport a revered icon of Santo Niño from Kaliba Cathedral to the nearby Pastrana Park.

A thanksgiving celebration that takes place on the third Sunday of January in Cebu City, this is one of the Philippines largest festivals to honor Santo Niño and recognize the acceptance of Christianity. The main event is a shuffling dance prayer carried out in a grand parade by brightly costumed participants.

This Filipino festival is very similar to the Ati-Atihan celebration taking place in Iloilo City on the fourth Sunday of January. Parades of people painted black and dressed in tribal warrior-wear dance, chant, stomp and beat drums long into the night in honor of Santo Nino and the Christianization of the local people.

The three day Panagbenga festival takes place annually in Baguio City during February. Participants dress in colorful costumes reminiscent of the highland flowers and tribes, and celebrate the growing season with parades and native dancing.

This extravagant festival takes place on the island of Marinduque during the Easter Holy Week, usually in April. Participants dress in Roman costumes and reenact the story of the conversion of the Centurion Longuinus, who pierced the side of Jesus with his spear before being beheaded.

The colorful Masskara festival is hosted by Bacolod City in the Negros Occidental province of the Philippines. The literal translation, ‘festival of many smiles’ takes place the third week of October every year and celebrates the strength of the human spirit in times of adversity. A key component is a street dance competition with participants wearing richly decorated smiling masks. Other events include carnivals, a beauty pageant, music competitions, food, sports, concerts, and a garden show.

The predominantly Catholic Philippines has the longest Christmas season in the world, which runs from mid-December through to the first week of January. Festivities start with a series of Midnight Masses known as Simbang Gabi, leading up to a Christmas Eve feast at midnight followed by Christmas Day. All big family celebrations, it is a time for eating, drinking and gift giving. There are numerous pageants, caroling and decorations made of traditional star shaped bamboo lanterns, symbolizing the Star of Bethlehem.

Click here for Things To Do in the Philippines