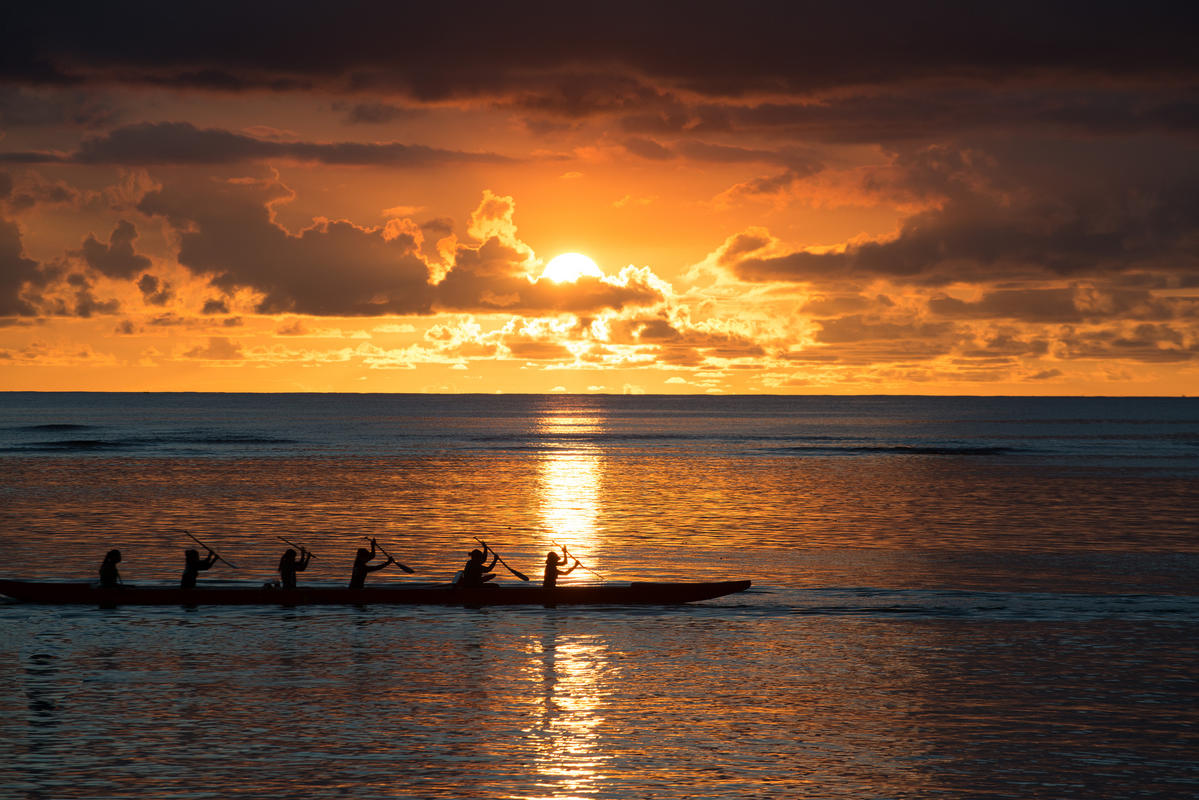 The US External Territories comprises of 14 different islands or island groups in the Atlantic and Pacific oceans. Some are uninhabited, or at least only have human influence by way of permanent military installations, being used as stations by the US Army or US Navy. The most popular and most accessible territories have long since been accustomed to receiving tourists and as a result, they have well-developed tourist industries.

American Samoa is a small group of islands that lie in the South Pacific Ocean, about half way between Hawaii and New Zealand. The islands, which lie around 60 miles west of Samoa, are used by the US Navy as a station to patrol the Pacific, although they have also become premium tourist destinations thanks to their fine weather and beaches. There is awe-inspiring diving and snorkeling to be had around the coral reefs that shelter the beaches. Also, many people take the opportunity to launch a boating or fishing excursion into the high seas. Of all the US External Territories, American Samoa has remained the least influenced by western culture, and many indigenous experiences can be received when visiting the islands. The nature here is largely undisturbed, making American Samoa a birder’s paradise. In the skies at night, you can witness the flight of tropical fruit bats that dwell in the caves by day. The National Park of American Samoa is a wonderful protected area where you can discover the exotic animal and plant species that exist in this tropical rainforest environment. There are several places to stay in American Samoa that award particularly stunning views and great hospitality. Address: American Samoa, South Pacific Ocean Phone: n/a Website: n/a

Guam, an island in the western Pacific Ocean, has been held onto as a strategic military base since WWII. Today, it is extremely popular as a tourist destination, bringing in many Japanese tourists due to its relevant closeness to Japan and the availability of cheap flights. It is popular with tourists of other nationalities, too, and is home to a significant American expat community. It is located about half way between Hawaii and the Philippines, and forms part of an archipelago group known as the Mariana Islands, which in turn makes up part of the geographical group called Micronesia. The island’s urban areas are fairly well developed, with plenty of modern hotels, retail stores, and entertainment options. However, Guam has many secluded areas that offer visitors opportunities to get away from it all and enjoy the serene nature. Guam is known as an amazing dive location, with many world-class dive sites within easy reach of its shores. There are also lush rainforests filled with exotic, tropical nature. When visiting Guam, you can go to the War in the Pacific National Park, which preserves battle sites that were key to the US military WWII victory in the Pacific. Here, you can see equipment and historic structures set among the rainforest and imagine what it would have been like during important battles. Address: Guam, Western Pacific Ocean Phone: n/a Website: n/a

Puerto Rico is by far the most visited of all the US External Territories. Even though the island is close to the pristine US Virgin Islands, the well-developed hotel and entertainment facilities here have brought about increased ease of direct travel to the country, making Puerto Rico an extremely popular getaway destination that now rivals its better known neighbor. As well as comfortable accommodation and options to suit all budgets, there is plenty to keep you occupied during your stay. There are many places to go diving and snorkeling in the warm waters, although for something different, you can head to the bioluminescent bays near Fajardo to see microscopic organisms which radiate a natural glow. One of the key attractions on dry land is the El Yunque rainforest, which dates back millennia and is home to the endangered Puerto Rican parrot and the endemic coqui tree frog. Try hiking in the central mountains region and around the Tanama River for more wildlife spotting opportunities or simply sit back, relax, and enjoy the atmosphere of one of Puerto Rico’s many noteworthy sandy beaches. Address: Puerto Rico, Western Atlantic Ocean Phone: n/a Website: n/a

The US Virgin Islands are situated close to Puerto Rico in the western Atlantic Ocean and provide much opportunity for a tranquil and relaxing beach vacation. There are several resort style places to stay that provide all-inclusive packages, many of which are near the beach and offer water sports as part of the deal. There are several operators offering scuba diving or snorkeling, providing another opportunity to get in the water. There are also world-class golf courses on the islands, making them popular spots to perfect your swing. St Croix Island has the most golf courses, although there are also some on St Thomas. Many visitors take the opportunity to go on a boating or fishing excursion, or you can charter your own yacht. Throughout the islands, you will find fine dining options and a peaceful atmosphere, making this an extremely attractive place to get away from it all, unwind and relax. Address: US Virgin Islands, Western Atlantic Ocean Phone: n/a Website: n/a

Click here for Food and Restaurants in the US External Territories