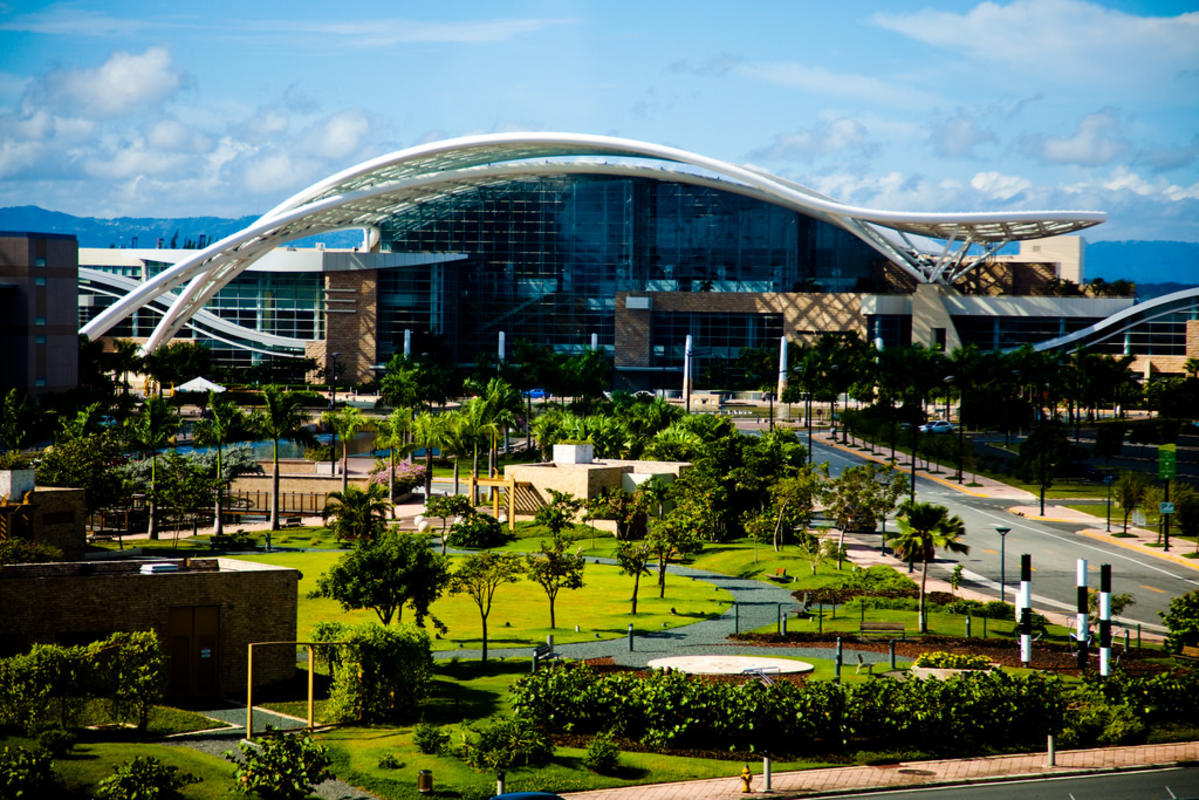 This is the only international airport in American Samoa, located seven miles southwest of Pago Pago, the capital. Arrivals from most destinations connect via Honolulu in Hawaii. The route is served by Hawaiian Airlines on Monday and Thursday, and takes around 5 hours, 30 minutes. From Honolulu, it is possible to fly directly to many cities in the US. There is also the option of flying to Faleolo Airport in independent Samoa with Inter Island Airways and then connecting to other destinations, such as Hawaii, Australia, and New Zealand.

Passenger services at the airport are modern and adequate for travelers, with places to eat and drink, currency exchange, an ATM, and the usual duty-free stores. There are taxis available on arrival for onward travel or you can make use of one of the three car rental agencies on site.

This airport is located three miles east of the capital city, Hagatna, and is the main commercial airport for Guam. There are a few direct flight options from here, and due to the island’s location in the western Pacific, many go via Asia. United Airlines flies to Chicago-O’Hare, via Honolulu, Hawaii. It is also possible to fly with United via Australia, Hong Kong, Japan, and the Philippines. Regular flights to Korea and Japan are served by Korean Air, Japan Airlines, Jeju Air, and Jin Air. Delta Air Lines also flies to Japan. To get to Taiwan, you can fly with China Airlines or Eva Air to Taipei. If you wish to travel more locally to the Northern Mariana Islands (Rota or Saipan), you can fly with Freedom Air or United Express.

The airport was upgraded in 1996 and contains modern facilities to accommodate the high volume of flights and passengers it receives. There are a few places to eat and drink, gift stores, currency exchange and banking services, and a duty-free store. There are taxis and car rental at the airport.

The main Puerto Rico airport sees over four million passengers every year. In 2008, it received a major upgrade and in 2012, a brand new passenger terminal building was opened. The airport is located three miles southeast of downtown San Juan, the capital city. Taxis are readily available on arrival; look for a white vehicle with the label taxi turistico on the front doors. Or you can rent a car from one of the many agencies at the airport.

There are many flights to US destinations, which are considered domestic routes. The main cities served include: Atlanta, Chicago, Dallas, Miami, New York, and Washington DC. American Airlines, Delta, and United are the main operators, although there are seven other airlines serving US destinations. From Canada, WestJet operates a flight from Toronto and Air Canada flies from Toronto and Montreal during the high season. British Airways flies a direct route to London-Gatwick and Iberia flies to Madrid. Local Caribbean destinations are served by short-hop flights operated by 10 airlines. Flights to the US Virgin Islands are considered domestic.

There are two commercial airports serving the US Virgin Islands, on St Croix and St Thomas islands. Most flights connect with San Juan in Puerto Rico for onward travel to the mainland US or international destinations, although there are some direct flights. From St Croix, there is a direct route to Miami served by American Airlines. St Thomas has direct flights to a few other US destinations, the main cities being: Atlanta, Miami, and New York. These routes are served by American Airlines and Delta. There are also flights to other destinations around the Caribbean. The airport has adequate passenger facilities and getting into town is easy by taxi, bus, or rental car.

Click here for Travel Tips in the US External Territories