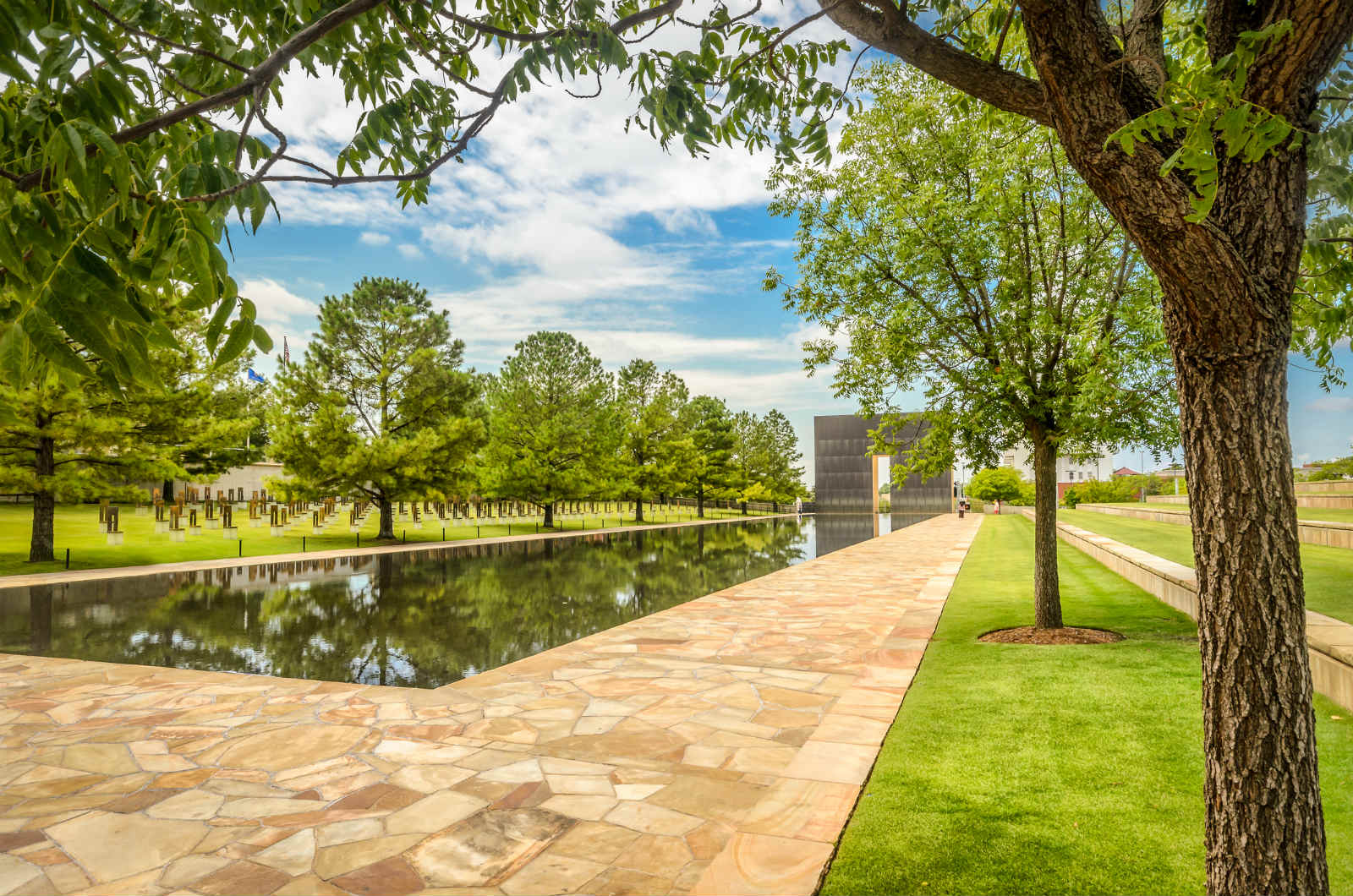 Yes, the buffalo still roam the prairies and hills of Oklahoma. In fact, they’re a major highlight for anyone interested in exploring the surprisingly lovely natural landscape of the eastern half of this state. Culturally, Oklahoma is the quintessential cowboys and Indians destination. They both play a massive role in the social fabric of Oklahoma and are highlights of any visit.

There are few urban attractions in Oklahoma, but fortunately they are conveniently clustered around Oklahoma City and Tulsa. Both of these former cattle towns are a real joy to explore, with great western cuisine and plenty of fun attractions like zoos, art museums, and historical sites. You can learn an awful lot about the origins of America’s cowboys and the sad plight of its Native Americans in the excellent cultural centers in Oklahoma City.

Most Oklahomans, or Sooners as they prefer to be called, are laid-back unpretentious folks. The western look and feel of this state is evident at every turn, but that’s a big part of its appeal. While luxury resorts and restaurants are scarce, comfortable hotels and vintage diners along historic Route 66 are well represented. Oklahoma is incredibly affordable, and it tends to attract like-minded tourists.

There is some truly impressive nature waiting in the eastern portion of the state. Four mountain ranges fill the flat prairie land with rolling hardwood hills and loads of wildlife. You can drive one of America’s most scenic roads on the Talimena Scenic Byway or get right into the thick of the nature in the Wichita Mountains Wildlife Reserve, where the bison truly do roam free.

Without a vehicle of your own, however, it’s unlikely you’ll see much of anything in Oklahoma. Attractions are often outside of town, and the towns are spread far apart. Driving is actually a highlight in Oklahoma, as the roads are flat and generally empty. With a car you can experience rare sites like the Trail of Tears or look for bison in the wildlife reserve. Even better, take a long cruise along Route 66 and go diner-hopping for classic All-American food and dessert.