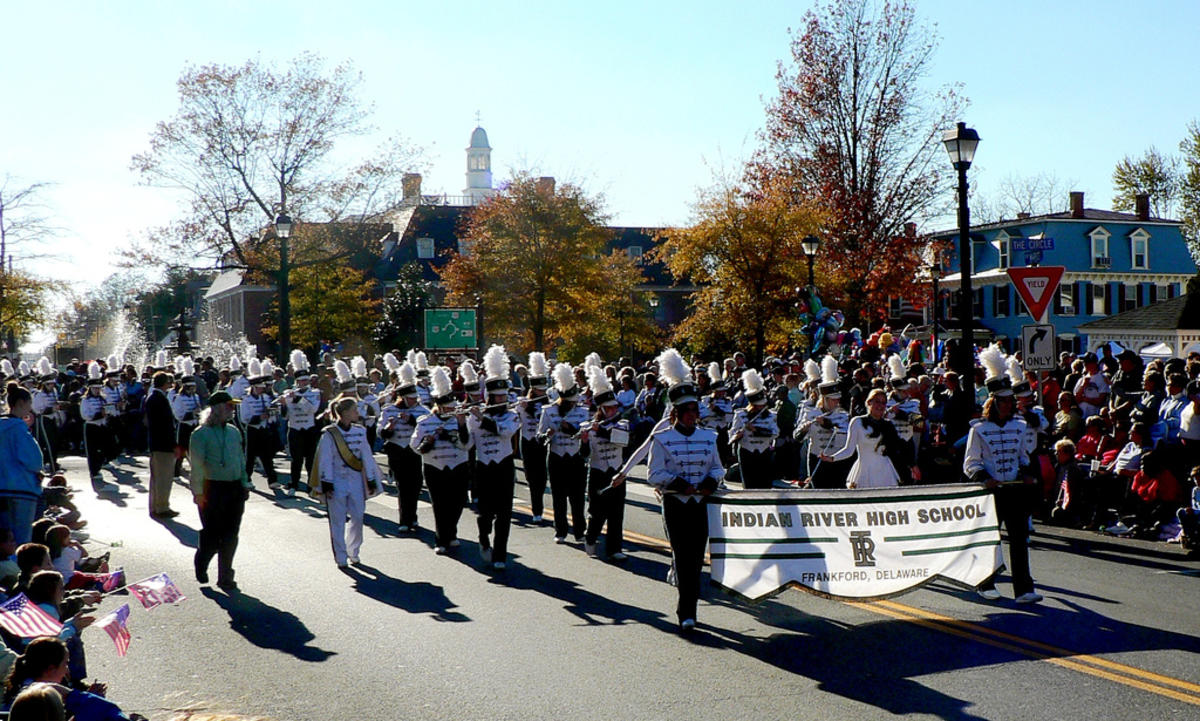 From beach costume parties to jazz festivals, Delaware puts on a pretty good show throughout the year. The only time this state noticeably slows down is during the gray winter months, but from early spring right through November, expect to find music festivals, country fairs, and diverse cultural events in all of the main tourist towns.

For several days in early May, the historic town of Dover, Delaware celebrates its heritage with a series of events and exhibits. Parades, walking tours, tasty food, and live concerts are just some of the things that fill the days and nights of the capital’s Green and Legislative Mall downtown during this event.

For a week in the middle of June, downtown Wilmington’s Rodney Square transforms into a haven of outdoor jazz concerts. Big names and unknowns share the stage each evening, come rain or shine, and all the concerts are free.

The Dover Downs International Speedway shifts gears every July for three days of top-flight bands from around the US and world. This music festival is one of the best on the East Coast, regularly attracting the hottest names in rock, folk, and indie like the Black Keys and John Legend.

In mid-July each summer, the town of Harrington hosts the week-long Delaware State Fair. This classic American fair features all the great components like carnival rides, live concerts, fair food, and loads of family fun.

Join Delaware’s leading craft brewers like Dogfish Head and the Pizzadilli Vineyard Winery in the small town of Felton every October 21. Beer breweries and wineries from across the state converge to offer tastings and food accompanied by live music and other festivities.

The last hurrah of Delaware’s summer beach season arrives every October in the form of jazz music. Three days of great live jazz fills the outdoor venues of Rehoboth Beach, and local restaurants and bars create special deals and fall menus to wrap up another busy summer season in style.

One of the highlights of the fall calendar is this cool parade and competition each October in Rehoboth Beach. It’s quite a spectacle, with highlights like the dog costume parade along the beach boardwalk and the official Delaware State Fiddler’s Festival providing the soundtrack. This warm-up event for Halloween is a perennial favorite with Delaware residents.

This bizarre Delaware ritual―part competition, part spectacle―involves two components: pumpkins and catapults. Watch as people create ingenious ways to hurl pumpkins as far as possible across a huge field. The rural setting of Bridgeville in the first weekend of November is simply beautiful. Live music, great food, and loads of fun have made this unique festival a global phenomenon.