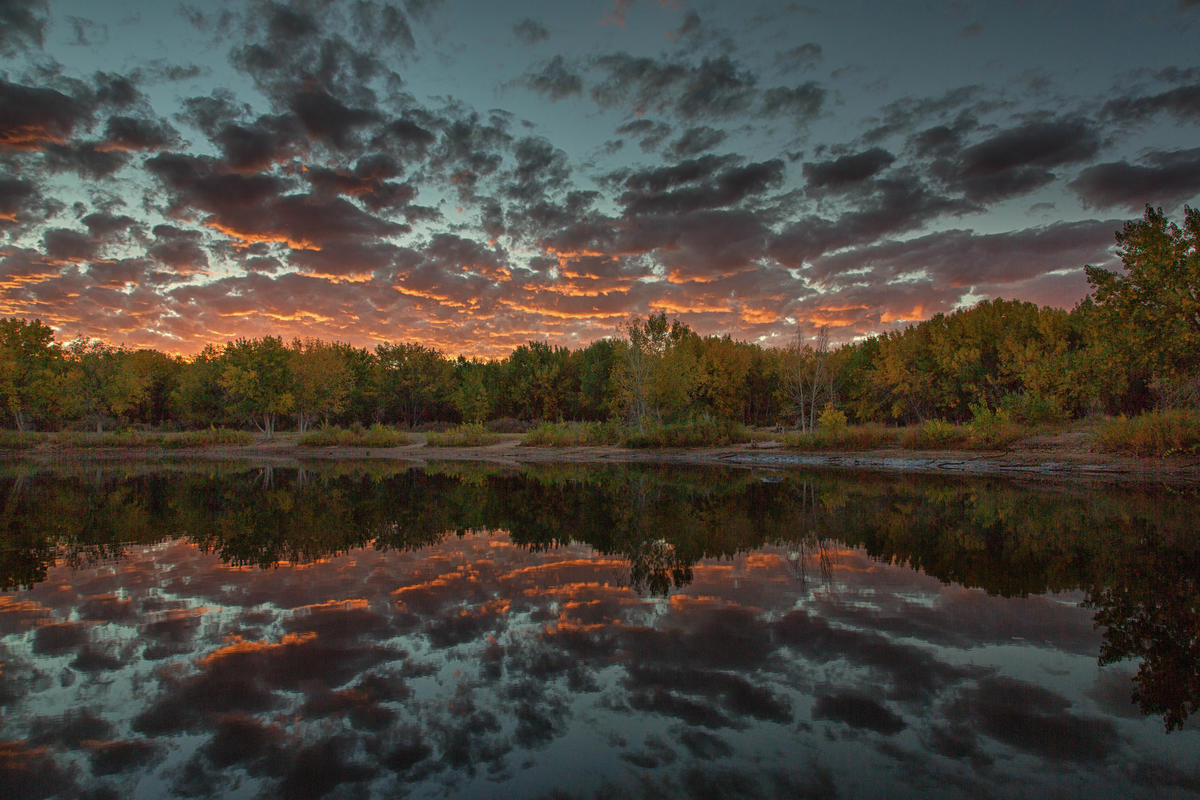 With nearly 300 days of sunshine each year, Colorado weather is some of the best in the US to enjoy its outdoor activities. The only real variance in the climate is whether you are in the mountains or elsewhere. In Denver and other cities along the front range of the Rockies, the summer temperatures are dry and hot during that day, rarely breaking 90°F, and mild at night. Humidity is rarely a problem in Colorado, so the heat feels nice. In the mountains the temperatures hover more around the upper 70s° F in the day and become wonderfully nippy at night. The higher you go in elevation, the cooler the weather.

Powerful afternoon thunderstorms are the norm throughout the state during the summer months from June to September. When fall arrives in late September things cool off quickly. But this is a magical time of year, with daytime highs in the 60s°F through the end of October when winter knocks on the doorstep. From November until April it can snow buckets at any time. Winters in the mountains and along the plains are very cold, occasionally windy and often snowy. Daytime highs stick around freezing in January and February, dropping below freezing at night. Fall is usually the driest season, and precipitation falls occasionally as either rain or snow most of the year. In general, Colorado is a dry state.

Everyone has their favorite season in Colorado, but few can argue with the virtues of fall. As the aspens burn bright yellow and the sky is impossibly blue almost every day between late September and October, this is a beautiful time to be in the mountains of Colorado. It’s also a relatively quiet time in the ski resorts, allowing for more intimate time with nature. Spring and fall are also the best seasons to find great savings on hotels and resorts in the ski towns.

Summer is also absolutely perfect in the Rockies. Wildflowers bloom in July, the temperatures never get uncomfortably hot and the sun shines almost every day. Exciting afternoon thunderstorms add to the drama of the mountain scene from June through September. This is one of the busiest times of year in Colorado as the ski towns host festival after festival and everyone is out enjoying the hiking, biking, rafting and camping. Winters are also very busy once the ski resorts open around Thanksgiving (late November). They stay open until Easter (early April), with peak tourism periods around Christmas and again in March when spring break gives students a last chance to get in a powder day before the end of the season.

Click here to learn about Festivals and Events in Colorado