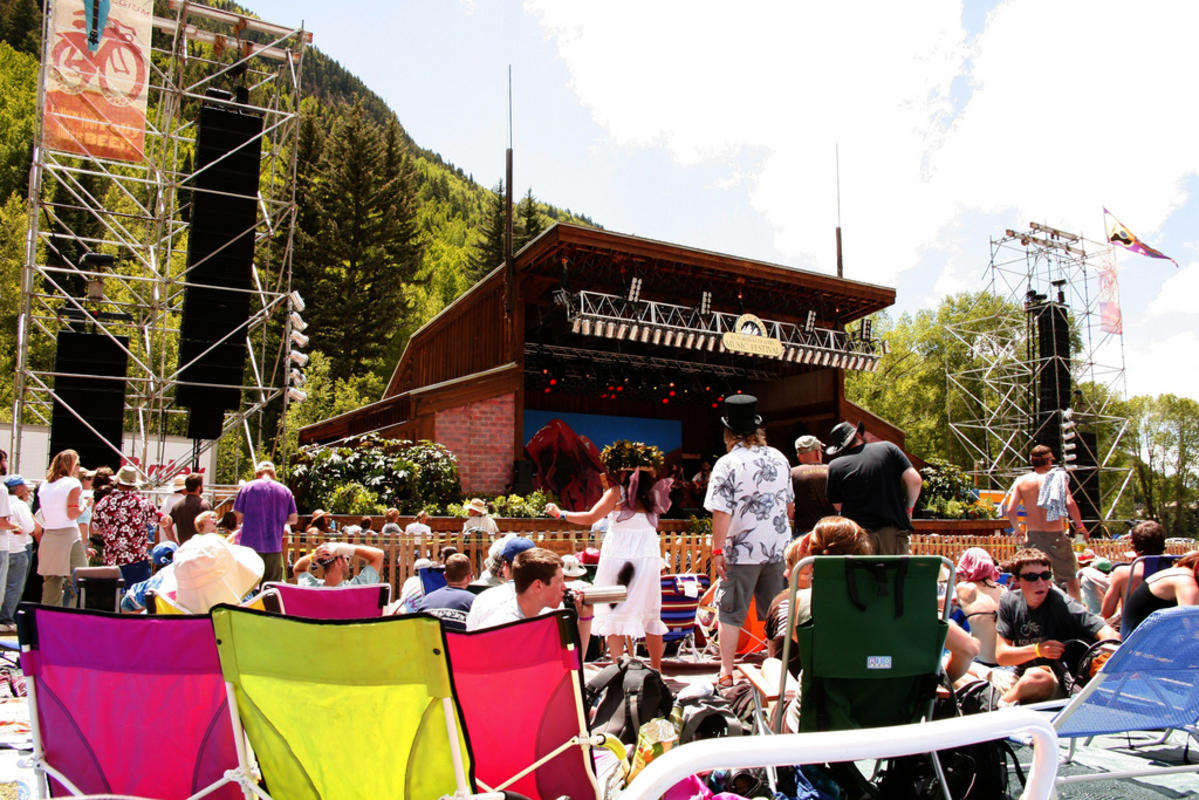 Colorado is a festival wonderland, particularly in winter, but year-round. Every ski town in the state maintains a busy summer schedule featuring celebrations of every kind. From Aspen’s classical music to Telluride’s bluegrass, music is a common theme. However, there are also events for film, hot air balloons, mountain biking and many other wonderful activities. When a festival hits, hotels in the region book up fast so make sure to plan well in advance or you may end up camping in the backcountry. Colorado holidays also include American celebrations like the 4th of July and New Year, with no greater place to see fireworks than over the breathtaking mountain landscape.

Each May the hip town of Boulder, Colorado takes a few days off, puts up a load of tents and throws itself a street party. The entire downtown area around Pearl Street and along bubbling Boulder Creek burst into life, with food vendors, live music, craftspeople and carnival games. It’s the big event of the year in the Republic of Boulder and usually coincides with the Bolder Boulder, one of America’s best 10 k runs.

Bluegrass music and mountains go hand in hand, and the sublime town of Telluride hosts one of America’s most popular bluegrass festivals. Every June, the box canyon reverberates with mandolins, banjos and guitars for four days of headlining musicians and an overall atmosphere of hearty excitement.

America’s original and longest-running festival dedicated to the sport of mountain biking takes place in Crested Butte, famous in itself for its mountain biking trails and love of all things with two wheels. In late June, four days of races, workshops, family activities and other events fill the streets of this small town and its ski resort sponsored by one of Colorado’s most loved breweries.

Between June and August the glamorous town of Aspen hosts nine weeks of musical concerts featuring over 800 performers. Concerts are held at three different venues, including the historic opera house. Since its first year in 1949, this renowned musical event has been attracting the best classical, jazz and folk musicians in the world.

Held each fall over Labor Day in September, the festival has steadily grown into one of America’s premier cinematic events. Celebrities, directors and film fans pack into the little ski town of Telluride where everything from independent films to monster blockbusters are screened indoors in the historic theater and outdoors at Town Park.

Colorado is America’s craft brewing nexus, and the annual craft brew festival in Denver is the country’s main event. Hundreds of small breweries converge on the Denver Convention Center in mid-October for three days of tasting, sharing and competing for top honors in dozens of beer categories. Loads of fun events featuring food and music are planned around this long weekend of pints.

Every December the downtown area of Denver, Colorado lights itself up for the Christmas holiday with a parade of hot air balloon floats, horse-drawn carriage rides, live music and other festive activities. Lights are strung all over LoDo, creating a truly magical scene in the historic center of the Mile High City.

Food and Wine Classic in Aspen

The ultimate trek for gourmands, the Aspen Food and Wine Festival held annually in June sees top chefs from across the nation bring cooking to life through seminars, panels and tasting events. They celebrated their 30th anniversary in 2012 with demonstrations and samplings from epicurean masters like Mario Batali, Bobby Flay, and Emeril Lagasse. Save your pennies though, tickets costing a whooping $1500 a piece.

If you like weird, you’re in the right place. Every March in Nederland, the town celebrates Grandpa Bredo, their cryogenically frozen mascot who’s turning 109 this year. It’s a festival full of live music, coffin races, ice turkey bowling, a polar plunge, and brain freeze contests.