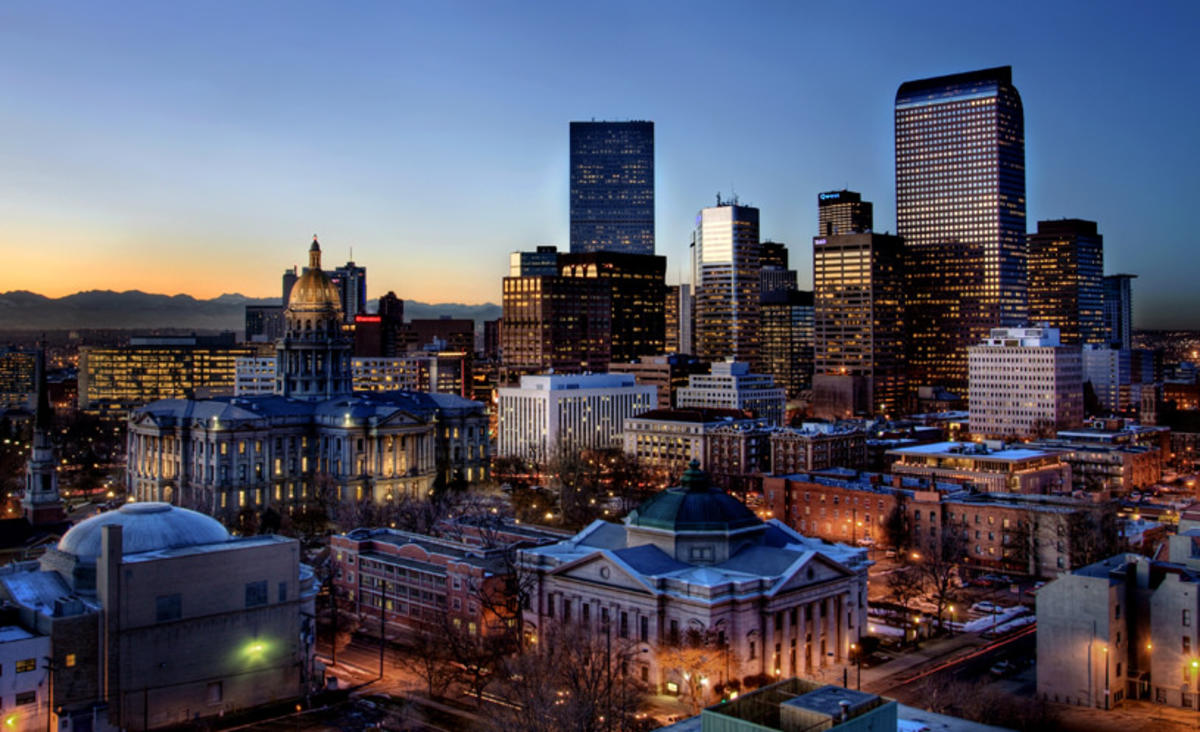 Colorado’s natural attractions and recreation options are the biggest draw, but the state also has a rich history as a Victorian mining town and the frontier-cool metropolis of Denver. A car is vital to reach attractions spread across expansive lands, but even remote ski towns like Aspen have a thriving arts and entertainment scene. Whatever the season, Colorado has got something to lure you in hook, line and sinker.

The Mile High City is a great mix of western frontier spirit, mountain chic and good old-fashioned fun. Colorado’s capital was built on gold and silver, and the thrills live on in its historic hub LoDo (Lower Downtown) and Larimer Square, both of which have been renovated with craft breweries, great bars, cutting-edge cuisine, and trendy retailers. Catch a Colorado Rockies baseball game at the stunning Coors Fields or browse the Native American and Western art at the Denver Art Museum. Denver is a youthful, fun city and has been named one of the best places for singles in America.
Address: Denver
Phone: n/a
Website: http://www.denver.org/

This well-known ski town started its life as a mining camp. After the 1960s it transformed into one of the world’s premier ski resorts and mountain towns in the world and actually boasts four mountains of terrain. Aspen Snowmass also has world-class music festivals, an unbeatable downtown and some of the hottest nightlife in the Rockies. Perfect for all-seasons, it’s not a cheap place to hang out, but few other mining towns can boast celebrity chefs and six-star lodges.
Address: Aspen, central Colorado Rockies
Phone: n/a
Website: http://www.aspensnowmass.com/

Although most of the famous Native American sites are found to the south in Arizona and New Mexico, a visit to Mesa Verde National Park will give you an excellent immersion into the ancient living of the desert’s indigenous people. The park contains the most impressive cliff dwellings in the entire Southwest, with highlights like Cliff Palace, Square Tower House and Spruce Tree House. The park covers 52,000 acres so there’s plenty to explore, depending how deep you want to go down the rabbit hole of ancient Native American culture.
Address: Mesa Verde National Park, PO Box 8, Mesa Verde, CO 81330
Phone: +1-970-529-4465
Website: http://www.nps.gov/meve/index.htm

A surprising attraction awaits visitors who venture into Colorado’s San Luis Valley. Over millions of years, a seemingly endless amount of sand was pushed up against the slopes of the Sangre de Cristo Mountains. The result is a massive area of soft sand dunes at the foot of towering 14,000-foot mountains. A joy to play in, the dunes are open to slip, slide and wander around, and during the spring a river actually flows through them, offering a chance to add water to the sandy scene. Hiking and camping are right on the doorstep, and hotels are just down the road in Alamosa.
Address: Great Sand Dunes National Park, 11500 State Highway 150, Mosca, CO 81146-9502
Phone: +1-719-378-6300
Website: http://www.nps.gov/grsa/index.htm

This Victorian mining town was a rowdy spot back in the 1880s, and went to sleep until someone developed one of North America’s best ski resorts above town. Its location in a sheer box canyon is nothing short of magical, and the cute old area remains intact and fully restored, awakened from its slumber. Telluride has a superb summer festival schedule and a great range of amenities with only 1,000 residents. Hike from your condo door, sip coffee on Main Street or admire the sheer peaks and red rock canyons rising around you.
Address: Southwestern Colorado
Phone: n/a
Website: http://www.visittelluride.com/

The Republic of Boulder, as this narcissistic city on the Front Range fancies itself, is an oddball mix of hippies, outdoor fanatics and college students. There’s really no other place like it in Colorado with just the right balance of urban and natural pleasure. It’s got loads of slick cafés, brewpubs, and shops along pedestrian Pearl Street and a lovely walking and biking path along bubbling Boulder Creek. The college scene sprawls along The Hill, and the striking Flatirons rock formations create the western border of town home to the University of Colorado. If you like college sports, catch a football game to see the mascot, Ralphie, a real-live buffalo stampede through the stadium followed in tow by her ranch hands.
Address: Boulder
Phone: n/a
Website: http://www.bouldercoloradousa.com/

While there are millions of wilderness acres protected in Colorado, most of them require a desire to backpack or go back country. Rocky Mountain National Park is close enough to Denver to make it the popular choice for travelers with little time to venture by car deep into the Rockies. However, it has 415 square miles of snow-capped peaks, lakes, rivers, meadows and all the wildlife you’d hope to see so by no means will you feel short-changed. You can hike, bike, fish and camp, though there are also comfy lodges right on the edge of the park for those who like a hot bath at the end of the day.
Address: Rocky Mountain National Park, 1000 U.S. 36, Estes Park, CO 80517
Phone: +1-970-586-1206
Website: http://www.nps.gov/romo/index.htm

If you’re an audiophile or just a lover of great music, a visit to Red Rocks should be on your bucket list. With acoustically perfect audio thanks to their unique geography, Red Rocks is as much a fantastic concert venue as it is a beautiful place to hike and enjoy the outdoors. They also show cult-classic films and offer yoga and workout classes throughout the summer.
Address: 18300 W. Alameda Parkway Morrison, CO 80465
Telephone: 720-865-2477
Website: http://www.redrocksonline.com/

Garden of the Gods

A registered National Natural Landmark in Colorado Springs, Garden of the Gods has 300' towering sandstone rock formations set against a backdrop of the snow-capped Pikes Peak and brilliant blue skies. Enjoy trails for biking, horseback riding and hiking as you take in breathtaking views of the birds, cliffs and landscapes.
Address: 1805 N. 30th St. Colorado Springs,CO, 80904
Phone: 719-634-6666
Website: http://www.gardenofgods.com/

Click here to learn about Food and Restaurants in Colorado