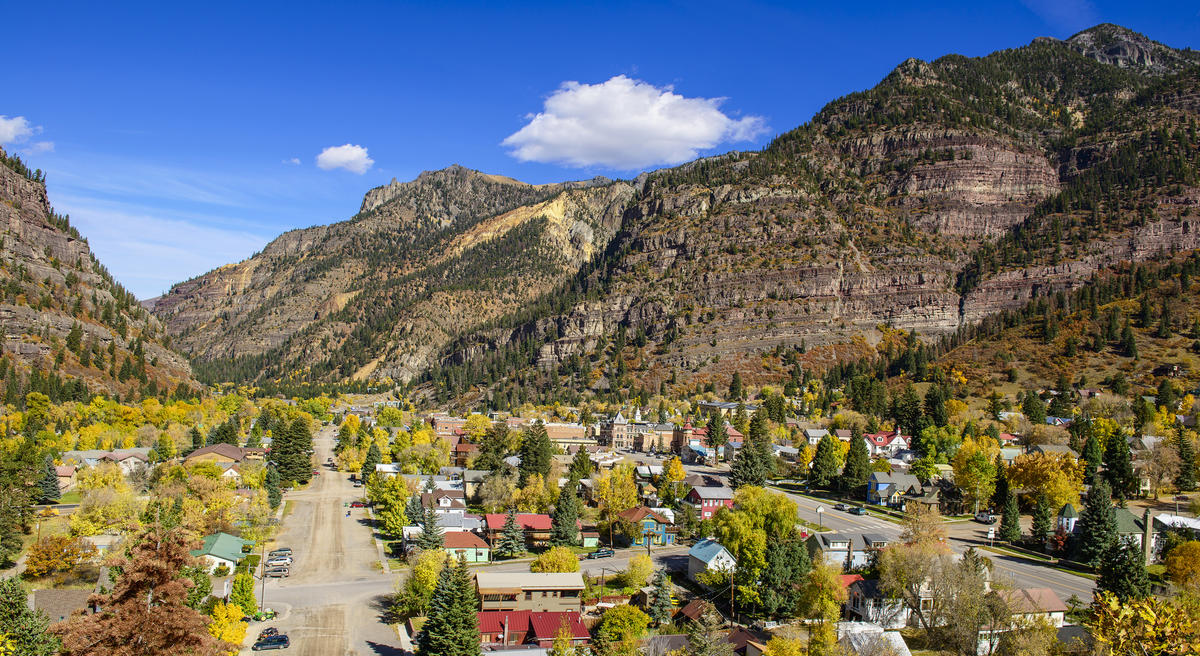 Colorado is a state built on the backs of gold miners, ranchers and frontiersmen. There’s a spirit of strength and independence evident in the rural people, who are typically farmers or ski bums. Nature rules this mountainous state, and though gold mines have been turned into ski runs, a sense of wild adventure still dominates laid-back, unpretentious Colorado.

Long before the first Europeans found their way into the territory of Colorado it was the land of several Native American tribes. Most, such as the Arapaho, Cheyenne, Utes and Shoshones lived on the plains at the base of the Rockies, dividing their time between summer hunting camps in the mountains and winters further south in the high desert. The names of their leaders (Ouray) and tribes (Arapaho) are memorialized in towns, highways and ski resorts.

The Spanish were the first Europeans to reach Colorado in the 1600s. However, they never established permanent settlements here. In the late 1700s and early 1800s trappers and fur traders set up trading posts along the front range of the Rockies and in the easily accessible valleys. Most American pioneers bypassed Colorado due to the deep treacherous mountains and continued west to Oregon.

Everything changed for Colorado when gold was discovered in the 1870’s in the northeast corner of the state. Pike’s Peak Gold Rush followed soon after, bringing 100,000 prospectors to the state. Denver was born during this time as a repository for mining wealth and tiny boom towns sprang up at the base of every major mine. Today, these Victorian mining areas are the ski resorts of Aspen, Telluride, Breckenridge and notable others.

By the time the mining boom petered out at the end of the 19th century, Colorado was something of a lawless Wild West state. Con men, outlaws and gunslingers lived in or passed through towns like Creede and Cripple Creek. It was a rowdy period, but the lifestyle eventually gave way to ranching and farming. The former gold towns were virtually deserted.

Colorado’s revival came in the 1960s when European skiers discovered the incredible undeveloped terrain of the Rocky and San Juan mountains. Aspen was one of the first old mining towns to be converted into a ski resort as the developers saw the potential of the town infrastructure combined with new ski lifts and runs. Aspen was an instant success, and soon the other great Victorian-era mining towns like Breckenridge and Telluride were reborn. Today, the ski industry is one of the backbones of Colorado’s tourism economy.

The culture and nature of Colorado go hand in hand. This state was built on the exploitation of its mineral wealth and today these same mountains have created a cool outdoor recreation culture centered on skiing, snowboarding, biking and boating. Colorado is a land of outdoorsy people. From ski bums and environmentalists to fourth-generation ranchers and cowboys, the people of this state depend on the land for their livelihood.

As the ranching has given way to recreation, Colorado’s cultural scene has shifted to something of mountain chic. Summer music festivals, extreme sports buffs and the pervasive attitude of living in the moment make Colorado a great place to visit or live. The locals are relaxed and friendly for the most part, but have little time for visitors who don’t respect or understand their way of mountain living. These are wholesome people, built from the stock of miners, ranchers and mountaineers. As one of the first states to legalize marijuana, weed has become big business with more than 2500 dispensaries in the state. Despite it's taboo status other places, is just part of everyday life in Colorado.