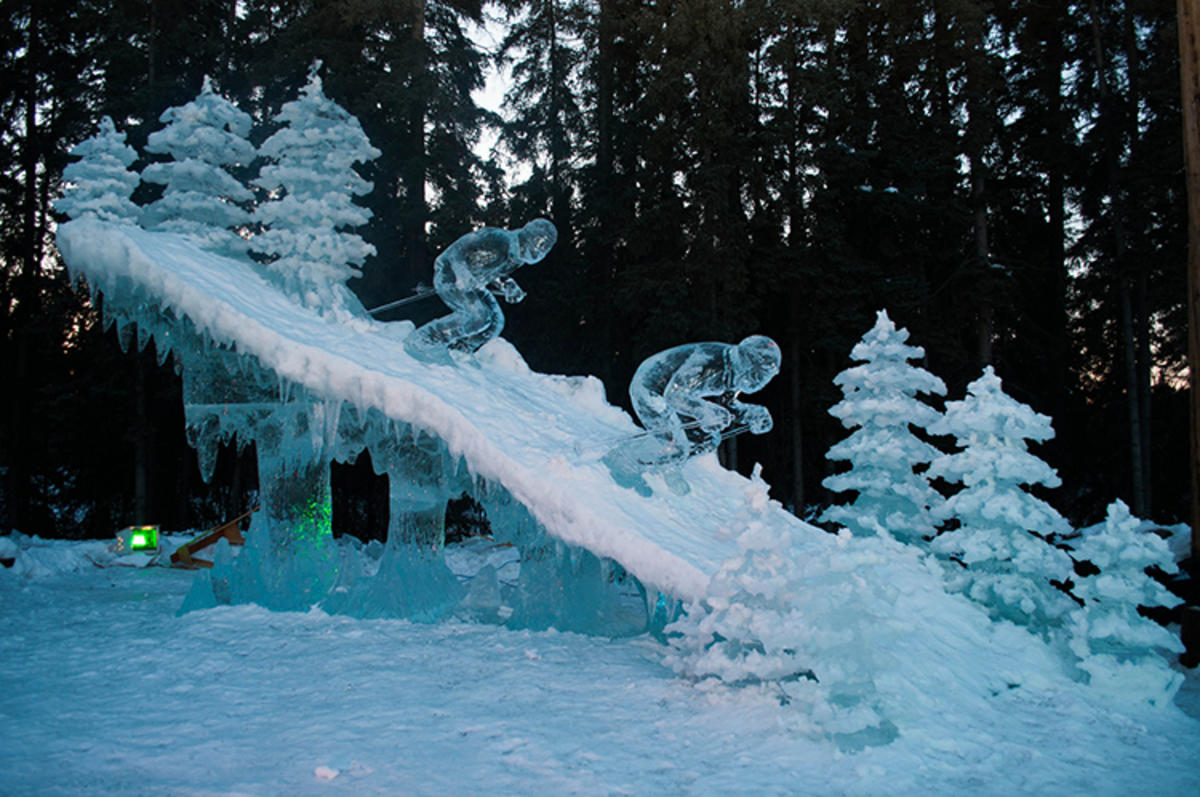 In a land of vast wilderness, it is not surprising that the most popular Alaska holidays focus on winter sports and the ability to cross challenging terrain. The Tesoro Iron Dog Snowmobile Race, held in mid-February, is one of Alaska’s most exciting and most difficult races. For non-sporty types and those with kids, the BP World Ice Art Championships in Fairbanks each March is a must-see for its wonderful ice sculptures.

Mid-February sees two-man teams depart on two separate snowmobiles from near Anchorage for Nome and then Fairbanks, on a journey of about 2,000 miles in a race that is among the hardest and longest on the planet. The event, which has been running since 1984, follows Alaska’s Iditarod Trail for the first leg to Nome. Participants face challenging winter conditions as they traverse rugged, isolated areas of wilderness.

This challenging wilderness race starts in mid-February and sees contestants travel more than 1,000 miles on skis, snowshoes, foot and bicycles in bitterly cold winter conditions. Few participants successfully complete the route, with often just half of all who enter completing the first leg from Knik to McGrath and often only a handful making it to the finish line. Applicants must complete a winter training camp program in Alaska before entry to the competition.

This popular cross-country ski race crosses the city of Anchorage on a journey of 50 kms each March. Anyone can participate, from child to old age, with up to 2,000 contestants typically taking part and huge crowds cheering them on. The route takes contestants past University Lake, Westchester Lagoon and Point Woronzof before finishing at Kincaid Park.

Hosted in Fairbanks in March, this Alaskan event has been running for more than 20 years and now hosts over 70 teams each year. The month-long event held at Ice Park draws more than 45,000 visitors per annum. Aside from the sculpture competitions, there are many attractions to hold the attention of kids, including slides and a kids’ park.

This extreme winter sports event held near Summit Lake in early April sees teams of skiers and snowmobile drivers competing against one another. The skier descends a 1,700 foot slope before grabbing a rope tied to the snowmobile of his partner which then pulls them up another slope of 1,200 feet, at the base of which is the finish line. A beer tent, live music and food complement the five-day event.

Held in early November in Sitka, WhaleFest is an annual celebration of marine life. Researchers and guest speakers come together for seminars, concerts and whale-watching, among other activities aimed at protecting Alaska’s marine life.