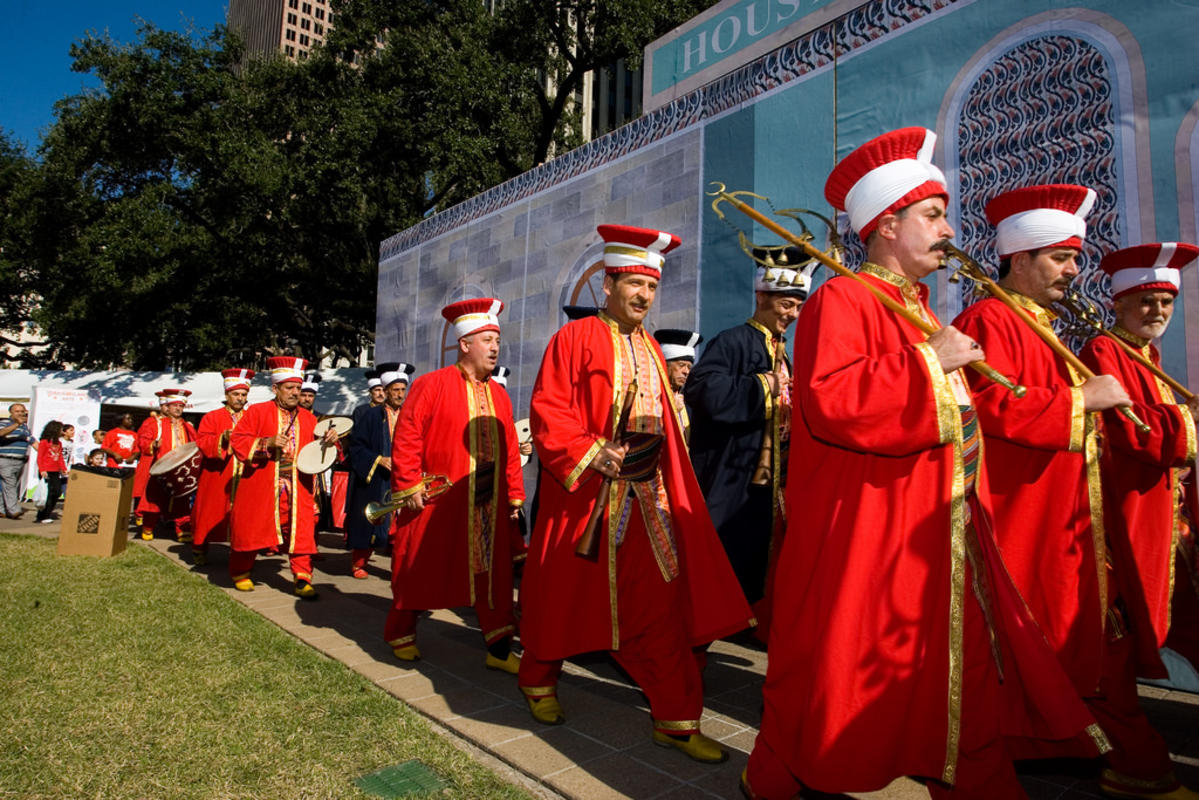 Turkmenistan is a country at the crossroads of east and west. Most of the major towns and cities that exist today were once trading posts on the old Silk Road, the route which joined the riches of the orient to the lucrative markets in the west. This cultural mix can be seen in the festivals that are celebrated in the country today, such as the ever important Eid al-Fitr, as Muslim festival that is observed by about 90 percent of the population. Turkmenistanis are a proud people and evidence of this can be seen in the Turkmenistan holidays of Independence Day and Memorial Day. For something quirky, look to the Melon Day festival.

Similar to Veterans’ Day that is observed in the US on November 11, and known as Remembrance Day in many English-speaking countries, this public holiday is held to commemorate the fallen soldiers of Turkmenistan. It is a day of national pride for Turkmenistanis, who hold public services to honor all those that died fighting for the nation. In particular, special mention is given to the soldiers who defended the Geok Tepe fortress against the invading Russian troops in 1881. Services are held on January 12.

Coinciding with International Women’s Day, held on March 8, the Turkemenistanis seemingly treat this day like Valentine’s Day. Women are told by their lovers to sit down and put their feet up, while men go about the housework. Later, the women are adorned with gifts of flowers, perfume, and chocolate.

Held on March 21, this festival takes place on the spring equinox. It is a public holiday in Turkmenistan and the first day in the new year of the Iranian calendar; for this reason, it is sometimes referred to as Persian New Year. The festival is a celebration of the new and what is to come of the year ahead, while reflecting on the old is also part of the day. Typical meals are cooked and shared with families. Later, communities get together for street carnivals.

Held on May 19 and 20, this spring festival celebrates the life and times of a national hero. Magtymguly Pyragy was a Turkmen spiritual leader and philosophical poet who was active in the 18th century. He is revered by all Turkmenistanis to this day since he fought passionately to unify the people, a legacy which lives on today.

This new public holiday in Turkmenistan, instigated in 1994 by the then dictator Saparmurat Niyazov, commonly known as Turkmenbashi. It is celebrated annually on the second Sunday of August and is centered on a special crossbreed of the muskmelon, an important crop for the nation. The day’s festivities include a large display of the fruit and a series of dances and other music events.

Usually held in August, this Islamic feast celebrates the end of the 30-day dawn to dusk fasting period of Ramadan. You will see families celebrating their faith and the end of this important period for Muslims with traditional meals.

This is one of the most important public holidays celebrated in Turkmenistan, and although called Independence Day, it falls over two days, October 27 and 28. It provides a good opportunity to discover more about the culture of Turkmenistan as traditional folklore tales are told and traditional horsemanship shows take place. There is a good dose of hearty Turkmen food served at communal gatherings.