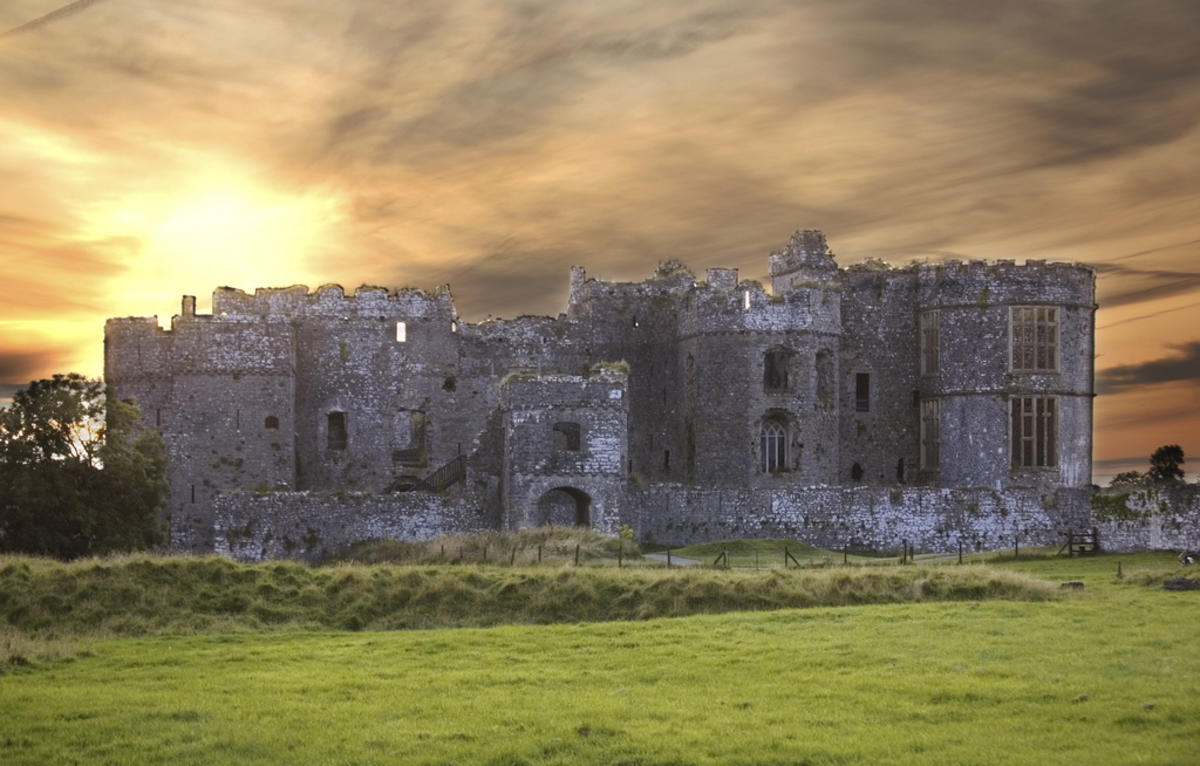 The Welsh are extremely proud of their culture and heritage, and in recent years, great efforts have been made to revive traditional customs, especially those relating to language, literature, and music. After centuries of dueling with the English, Wales now has its own National Assembly and is home to progressive, cosmopolitan hubs such as Cardiff, while also retaining its rich diversity.

Archeological evidence suggests that modern-day Wales has been inhabited for more 230,000 years, with the first farming communities emerging in the region around 4,000 BCE. In the following centuries, mainland European Celts led the last major migration to the country, with most of the current population descending from these settlers.

By the turn of the 1st century, Roman forces had invaded the British Isles, embarking upon their conquest of Wales between 48 and 78 CE. Although the country was rich in natural minerals like gold, lead, and copper, it was largely ignored by the Romans due to its mountainous and forested terrain, and remains from this period consist almost entirely of roads and fortifications.

After the Romans’ departure in 410 CE, Angle and Saxon tribes from mainland Europe began to spread throughout England, but were unable to penetrate modern-day Wales, which itself was divided into a number of smaller kingdoms, of which Gwynedd was the most powerful. The forces of these medieval kingdoms focused on fending off the growing Murcian (English) powers, rather than on unity.

The first leader to rule over a considerable portion of the country was Rhodri Mawr in the 9th century, who left a legacy that was successfully passed down to his grandchildren. However, infighting soon resumed, and by the time the Norman forces invaded, the country was in the midst of civil war. The Normans took advantage of the disarray and quickly took over, but a Welsh revolt in 1094 saw much of the territory returned.

Under the rule of Owain Gwynedd, Wales’ largest territory, Gwynedd, expanded its borders, assuming control of a number of English territories. Llywelyn Fawr, the next great ruler of Gwynedd, managed to unite the country by his death in 1240, yet this was to be the peak of Welsh strength after a number of wars with neighboring England severely restricted the autonomy of succeeding monarchs. Wales fell under English rule in 1283, with the execution of Dafydd and Llywelyn ap Gruffudd, and the passing of the Statute of Rhuddlan.

King Edward I asserted English rule over the country through the construction of formidable castles in and around Wales, many of which still stand today. Over the next century, there were numerous rebellions, the most successful coming in 1400 when the legendary Owain Glyndwr defeated the ruling forces and temporarily controlled the country. Although he was never captured, the English regained the territory and enforced strict penal codes on Welsh citizens. The official incorporation of Wales into the Kingdom of England came under the rule of Henry VIII, himself of Welsh descent in 1542.

One of the regulations passed in the Laws of the Wales Acts of 1535-1542 prohibited the official use of the Welsh language, resulting in a decline in education over the next century. Toward the end of the 1700’s, Griffith Jones, a local minister, established a mobile school set up to exclusively aid the Welsh, in addition to the emergence of Welsh-spoken Sunday schools after the formation of the Presbyterian Church of Wales.

As the 19th century progressed, Wales became an integral cog in the rapidly growing Industrial Revolution, with the construction of numerous ironworks and coal mines, particularly in the south of the country, which resulted in a significant population increase. This period of advancement brought with it a rise in socialism and political activity. Due to the population growth, spoken Welsh in many southern states decreased in the early 20th century.

Wales’ main industries, coal and iron, experienced a steady decline after WWII, with both virtually non-existent these days. In recent years, Welsh culture has seen a resurgence in popularity, spurred in part by the creation of the Welsh Assembly in 1999, which granted the area a fair amount of constitutional autonomy.

The Welsh people are fiercely proud of their rich and vibrant culture, which stretches back centuries. Although regionalization throughout the 20th century hampered the use of their language, spoken and written Welsh is again on the rise. Wales is famous for its male choirs and fanatic love for rugby, and as the birthplace of famous literary icons, including Dylan Thomas and Roald Dahl.

Click here to learn about the Weather in Wales