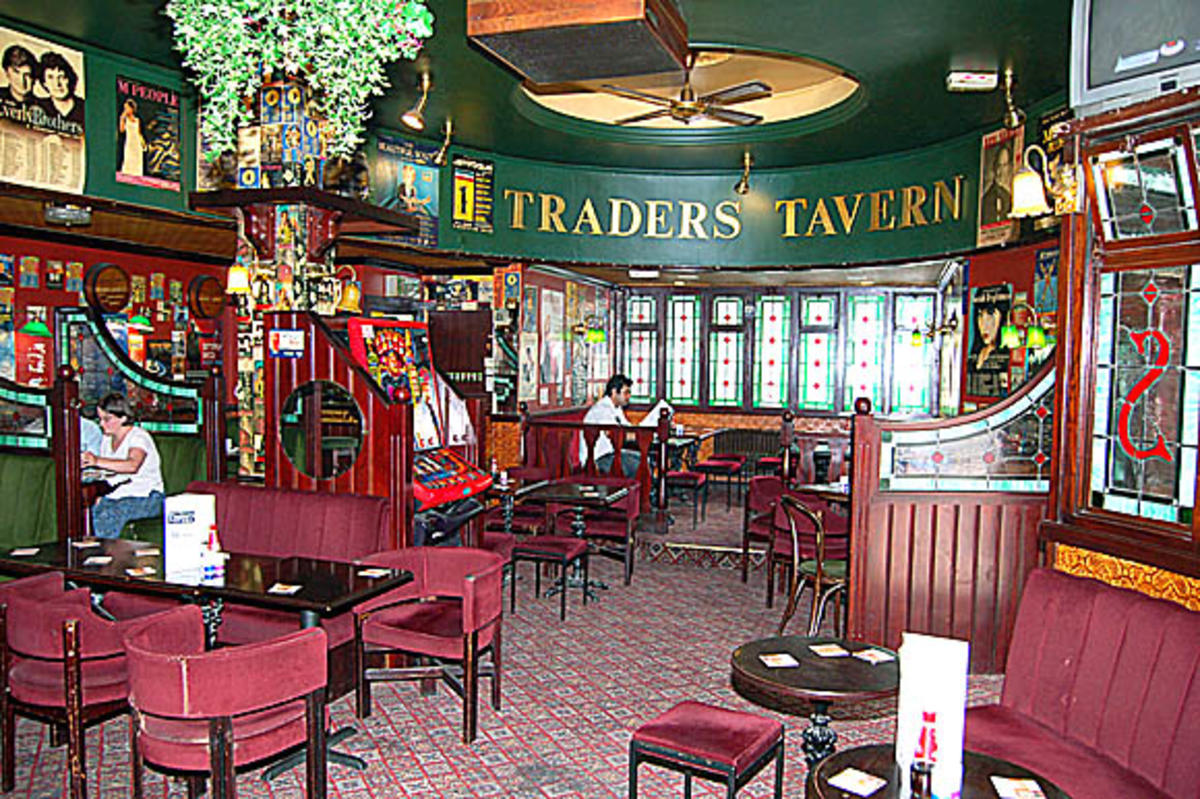 Although food in Wales doesn’t tend to differ greatly from the traditional British, the country boasts a range of local specialties, including Welsh rarebit (grilled cheese on toast with spices and ales), laverbread (seaweed puree), which is usually rolled with oatmeal into cakes, and the ever-popular cawl lamb stew. In the countryside, you are likely to find hearty meals in most of the pubs, in addition to local ales and whiskey. However, for a night on the town packed with hedonism and culture, head to Cardiff, with its varying nightlife spots, theaters, and fine range of five star restaurants.

Bars and Pubbing in Wales

While there’s a myriad of traditional pubs throughout Wale’s countryside, the best destination for a night out is the capital, Cardiff. The city boasts a number of great locations to grab a drink and spend an evening, especially The Bay. Recently renovated, The Bay area is home to authentic watering holes such as The White Hart (65 James Street, Cardiff Bay) and contemporary hangouts like Mimosa Kitchen & Bar (Mermaid Quay, Cardiff Bay).

Cardiff’s West End has established itself as a chic location for sipping cocktails and catching up with friends. The upscale Mocka Lounge (Mill Lane, Cardiff) is open late with a vibrant atmosphere and a great range of drinks, while the trendy microbrewery/bar Zero Degrees (Westgate Street, Cardiff) serves up its own ales in a minimalist, industrial environment.

Dining and Cuisine in Wales

The Bay district in Cardiff is a great place to grab a bite and houses some of the city’s top restaurants. Due to its large Italian immigrant population, many places in Wales serve up top notch Italian and Signor Valentino’s (Mermaid Quay, Cardiff) is no exception. For a hearty steak, head to Miller and Carter Restaurant and Bar (Hemingway Road, Cardiff) or, alternatively, try out some of the city’s best Turkish cuisine at Bosphorus Turkish Restaurant (Mermaid Quay, Cardiff).

In the cosmopolitan West End District, a plethora of cuisines are available, from tapas at the popular La Tasca (Brewery Quarter, Cardiff) to Ocean Palace (Mill Lane, Cardiff), a delectable Chinese establishment. In fact, almost every international genre of food can be found here, along with traditional Welsh fish and chips and British pub grub.

Click here to learn about Shopping and Leisure in Wales