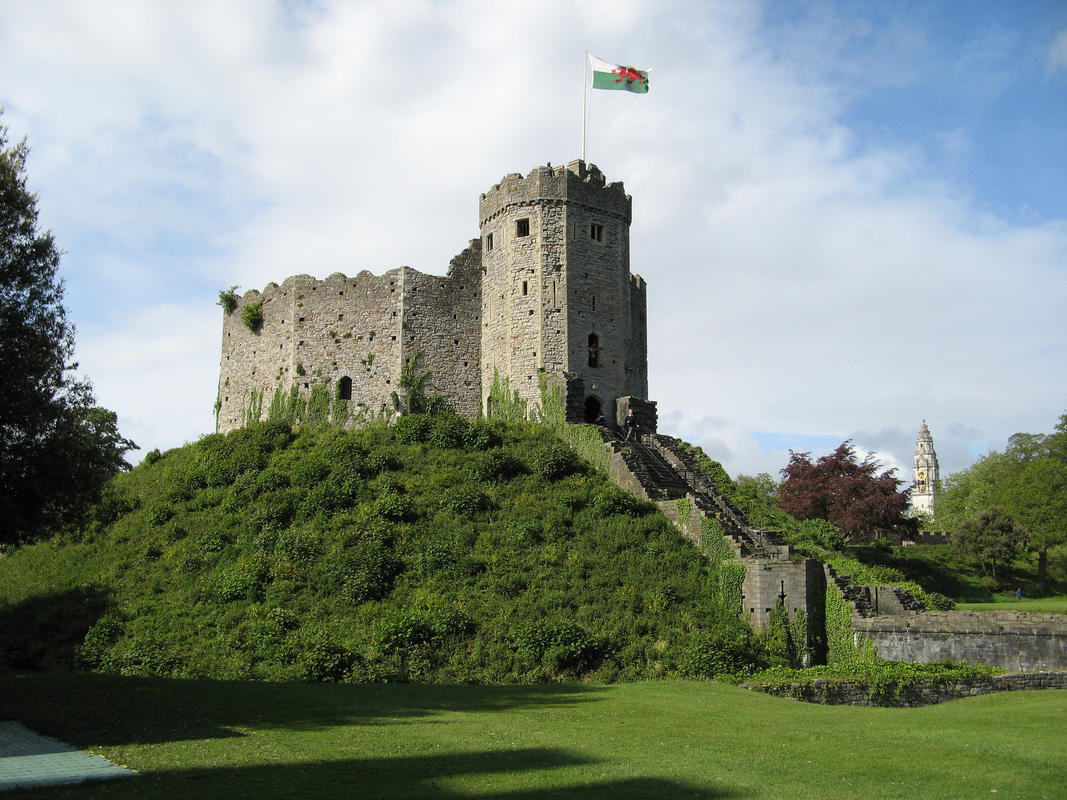 The biggest draw for most travelers to Wales is the country’s beautiful landscape and breathtaking national parks, including Snowdonia and the Beacons. The capital, Cardiff, is a charismatic melting pot of culture, history, and progress, and has rapidly become one of Britain’s most exciting cities, with an abundance of attractions to suit all visitors. In addition, the coastal area draws crowds with their sweeping beaches and breathtaking cliffs, while impressive industrial architecture of the Pontcysyllte Aqueduct remains a popular point of interest.

Although Cardiff has only existed as a city in Wales for about a century, Cardiff Castle has stood in some form for 1,000 years. During this period, the edifice has taken on a variety of guises and comprises elements of a Norman keep, a Roman fort, and Victorian Gothic revivalism, while the rooms are elaborately furnished in Mediterranean and Arabic decor. The complex and gardens have been open to the public since the 1950’s, and host a variety of festivals and concerts. Address: Castle Street, Cardiff Phone: +44-29-2087-8100 Website: www.cardiffcastle.com

Steeped in beauty and local history, Snowdonia National Park is the one of the largest national parks in Britain and home to Wales’ highest peak, Mount Snowdon. The area covers 823 square miles, which includes picturesque beaches, sprawling hills, mountains, more than 100 glacial lakes, and an impressive collection of wildlife. Since its introduction in 1951, the park has become one of the biggest attractions in the country and welcomes thousands of outdoor-pursuants, campers, and nature-lovers every year. Address: Snowdonia National Park Phone: n/a Website: www.eryri-npa.co.uk

A perfect destination for walking, cycling, and sightseeing, Brecon Beacons National Park boasts spectacular scenery, bustling market towns, and desolate mining valleys. Only a half-hour drive from Cardiff, this area of Wales is littered with historical artifacts dating back to the Neolithic period, including 4,000-year-old standing stones, Norman castles, and the Blaenavon Ironworks site, which was at the forefront of the Industrial Revolution. One of the most popular trails through the park is the Offa’s Dyke Path, which passes through the stunning Black Mountains. Address: Brecon Beacons, near Cardiff Phone: +44-0187-624-437 Website: www.breconbeacons.org

A fascinating open-air museum which charts the history, lifestyle, and culture of the Welsh population over the last 500 years, St Fagans is one of the most popular tourist spots in the country. The main exhibitions take place in a 16th century manor house that was donated in 1948, while an additional 40 original buildings have been re-erected on the grounds to provide insight into the architectural progression of the nation. The compound include a 15th century farmhouse, ironworkers’ cottages from the 1800’s, and a post-WWII prefab bungalow. Address: St Fagans, Cardiff Phone: +44-29-20-57-3500 Website: www.museumwales.ac.uk

A modern-day architectural treat, the Wales Millennium Centre is the epicenter of Cardiff’s new cultural image and attitude. The brainchild of Jonathan Adams, the arts complex opened in 2004 and is home to the Welsh National Opera, the Orchestra of Wales, the National Dance Company Wales, and a variety of tasteful bars and restaurants. Guided tours are available daily, taking visitors backstage and teaching them about the broad history and culture of the Welsh arts scene. Address: Bute Place, Cardiff Phone: +44-0870-040-2000 Website: www.wmc.org.uk

A truly remarkable piece of industrial engineering, the aqueduct is the longest and highest of its kind in the world, standing at a dizzying 126 feet. Still in use today, the cast-iron monument connects the Llangollen Canal to the River Dee. A testament to the Industrial Revolution, construction began in 1795 and wasn’t completed for nine years. It was recently granted UNESCO World Heritage status. Address: Llangollen, Glwyd Phone: +44-1978-292-015 Website: n/a

A bizarre and eccentric postmodernist port town you would never expect to find on this quiet stretch of Welsh coastline, Portmeirion was designed and built from 1925 to 1975 by Sir Clough William-Ellis. Upon entering this undeniably unique region, it feels like you have fallen into someone else’s fantasy with a collection of mock-Italian buildings, European plazas, and quirky country homes. It has been the setting for a number television shows and music videos, and has influenced plenty of artists, writers, and musicians. After spending a day wandering around, other cities may appear rather bland! Address: Snowdonia Phone: n/a Website: www.portmeirion-village.com

This imposing medieval castle was constructed in 1283 by English ruler Edward I as a military stronghold and base from which to carry out the ongoing conquest of Wales. Built in the style of the Walls of Constantinople, the dominating fort is located near the northwestern coast in Gwynedd. It was sacked by Welsh forces on numerous occasions; however, by the 16th century, its strategic significance started to wane of along with the Welsh uprisings. Although it fell into disrepair, it was restored toward the end of the 19th century and was later inducted on the list of UNESCO World Heritage sites in 1968. The castle is open to the public and puts on regular events and festivals. Address: Caernarfon, Gwynedd Phone: +44-1228-6677-617 Website: www.caernarfon-castle.co.uk

Click here to learn about the Food and Restaurants of Wales