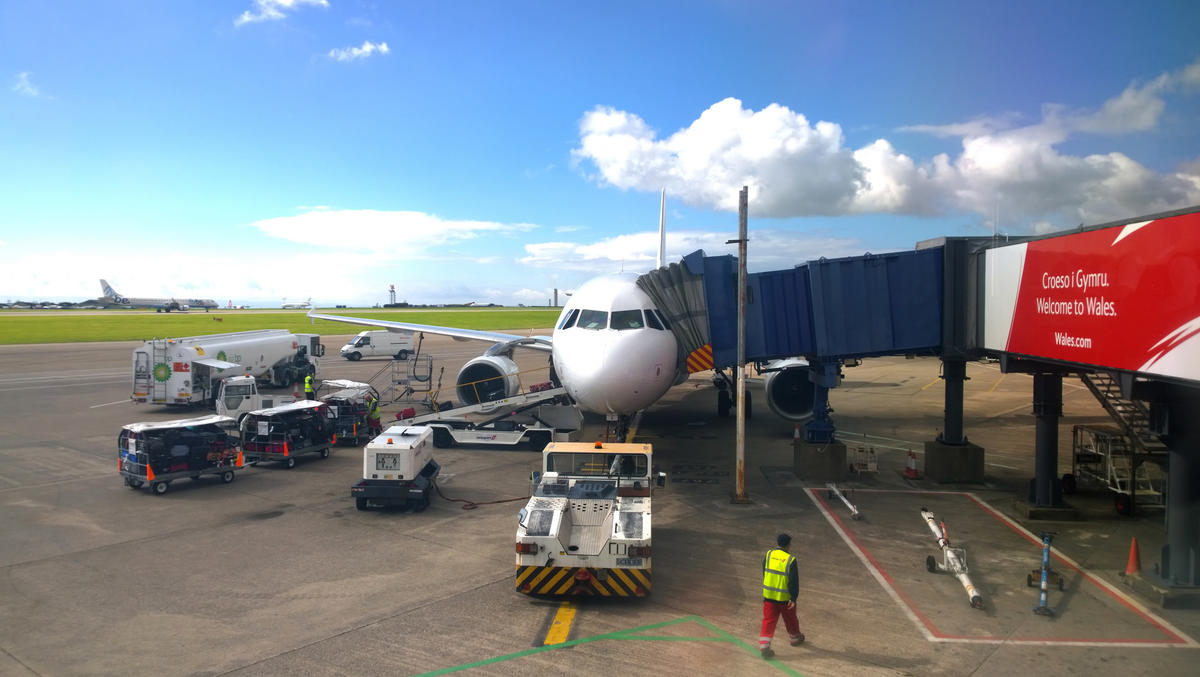 The main gateway for visitors traveling directly to Wales, Cardiff Airport welcomed around 1.2 million passengers last year. Located 12 miles from downtown in the village of Rhoose, the one-terminal facility is stocked with a range of restaurants, bars, and duty-free stores in addition to a business lounge.

Some of the major airlines, primarily budget carriers, serving the terminal include Flybe, Thomas Cook Airlines, Thomson Airways, and Vueling Airlines; however, most flights to Wales tend to be seasonal, including the Monarch Airlines route to Orlando-Sanford. The busiest connections are to Amsterdam, Edinburgh, and Palma de Mallorca, with US flights generally made via Paris or Amsterdam.

The closest railway station is located in Rhoose and is linked by a shuttle bus. It’s possible to take the short ride from Rhoose Cardiff International Station to Cardiff city center and from there proceed on to other destinations around Wales. Alternatively, taxis are available from a stand outside the terminal, while rental cars can be picked up at well-known firms such as Avis and Europcar.

Served by local carrier Manx2, Anglesey Airport has year-round flights to Cardiff and seasonal routes to the Isle of Man and Belfast. The small, island landing strip only handles around 9,000 passengers each year. The facility primarily operates as a military base, but the single-story passenger terminal completed in 2007 includes a tourist information desk and small café. Transportation to other areas of the island is available through taxis and private car rental.

Bristol International Airport, located in North Somerset, close to the Welsh border, is the UK’s ninth busiest airport with about 5.8 million passengers passing through the terminal each year. The airport is a hub for a number of budget carriers including easyJet, Flybe, and Ryanair, in addition to full service and charter airlines. Major brands flying from Bristol include British Airways and Thomson Airways, with the latter offering a seasonal route to Orlando-Sanford. US visitors coming to Wales in the off season will need to connect through a major European city such as Paris-Charles de Gaulle or Amsterdam.

The airport has two terminals, both of which provide a variety of duty-free stores, restaurants, bars, and lounges. Coaches connect the airport to the city and its rail stations, with the journey taking around 30 minutes. Alternatively, passengers can rent a car to drive themselves.

Click here to learn some Travel Tips for traveling in Wales