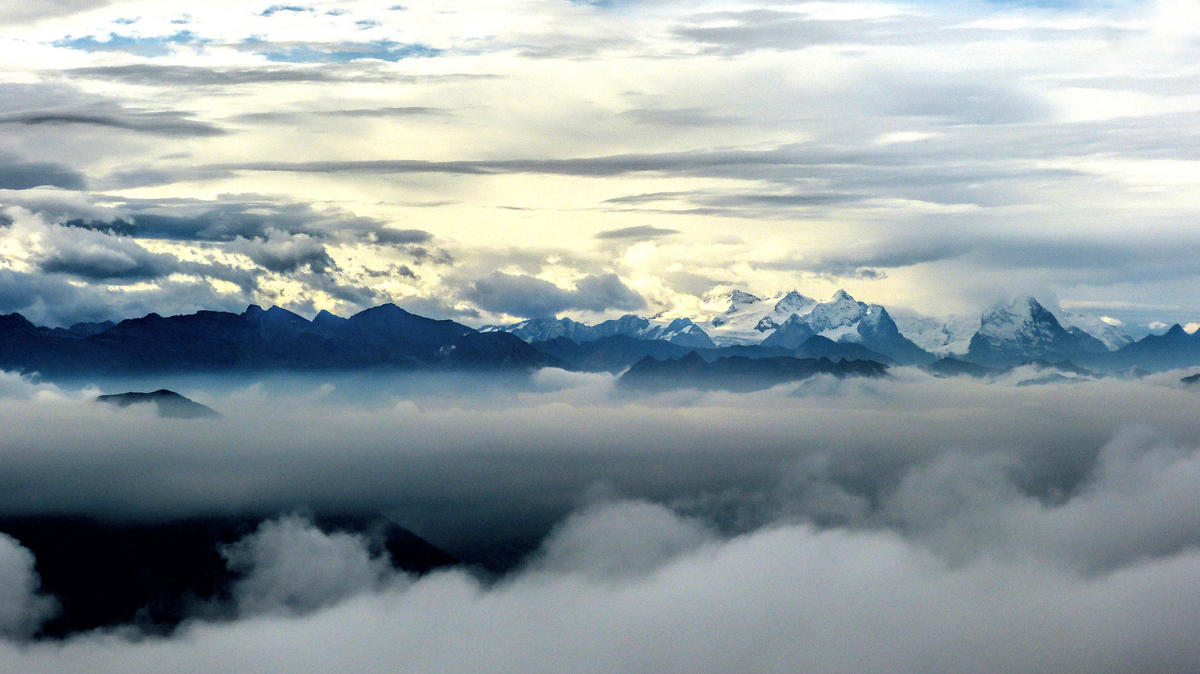 Switzerland has a varied climate, depending on the location and altitude. Generally, the warmest weather comes during the summer months when temperatures range from 14˚F to 84˚F and is the hottest in the Valais in the south. However, the summer also sees the most rainfall, primarily due to the "Foehn" phenomenon when hot, dry winds come up from the valleys and are blocked by the Alps, forcing precipitation and giving the best views of the mountains.

Elevation plays an important role in the climate differences in Switzerland. As a general rule of thumb, temperatures will drop 33˚F for every 650-ft increase in elevation. Visitors can calculate rough weather conditions before heading out on a hike in the mountains by using the temperature in the valley as a starting point.

Winter is generally mild in the cities and severe at high altitude with temperatures ranging between 23˚F and 44˚F. The ski season generally runs from mid-December to March or April (depending on location).

The time of year to visit Switzerland is highly depends on what activities you plan to do. The spring (April to May) and summer (June to September) attract those interested in exploring the cities and the countryside and some of the best hiking and climbing can be enjoyed at this time. Visitors wanting to ski or participate in winter sports should head to Switzerland during the winter, which generally runs from mid-December to April.

Visitors should keep in mind that a lot of European regional travel happens during the school holiday season, which leaves roads very congested. Resorts will be full during ski break (usually February), summer holidays (June through August) and winter holidays (December to January). Book well in advance if you're planning a vacation during these periods, especially for the resort towns, which have much fewer accommodations than the cities.