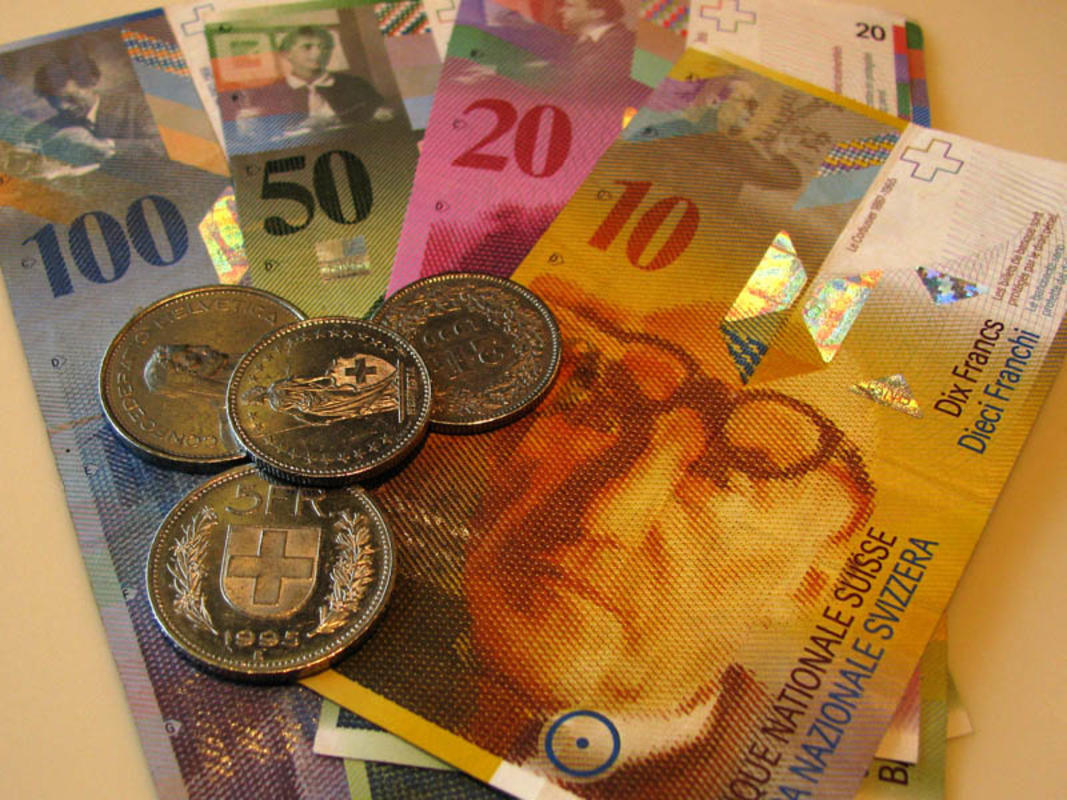 Switzerland actually has four official languages: French, German, Italian, and Romansh. Of these, German is the most common, with over 60 percent of the population claiming to be fluent. The Swiss actually speak a different German than in native Germany itself, usually called Swiss German or Swiss Standard German. The next largest group is the French-speakers, who make up roughly 20 percent of the population followed by Italian at seven percent, and Romansh, less than one percent.

Switzerland is not part of the Eurozone so the official currency is still the Swiss franc (CHF). Bill denominations come in 10, 20, 50, 100, 200, and 1,000 franc notes. The franc is divided into 100 rappen. Coins come in 5, 10, 20, and 50 rappen, and 1, 2 and 5 francs. Other currencies are not accepted so you will have to exchange money. Both banks and ATMs are widely available, including special foreign exchange ATMs. Credit cards are also widely used in the cities, although may not be taken in smaller villages.

Switzerland is in the Central European Zone, GMT+1 or GMT+2 changing for daylight savings time.

Switzerland has electricity at 230 V and 50 Hz. The most common plugs are Type C which have two round prongs, the same as most Continental European countries. However, the Type J plug is also common, which has with one extra round prong in the center. North American visitors will need both plug adaptors and transformers.

The international dialing code for Switzerland is +41. The mobile network is well-developed, and visitors from Europe and North America should have no trouble purchasing a pay-as-you-go SIM card at supermarkets or phone stores to be able to use their own device. Roaming charges can add up quickly, so always know the details of your plan to avoid a nasty surprise on your bill. Although mobile coverage is generally good, there are patchy areas in the mountains, so if you're heading out into the wilderness, take that into consideration.

Duty-free items can be purchased at any of the international airports when entering Switzerland. Visitors over the age of 17 can bring the following goods into the country: 200 cigarettes, two liters of alcohol and gifts up to a value of US $200. More information can be found at http://www.ezv.admin.ch.