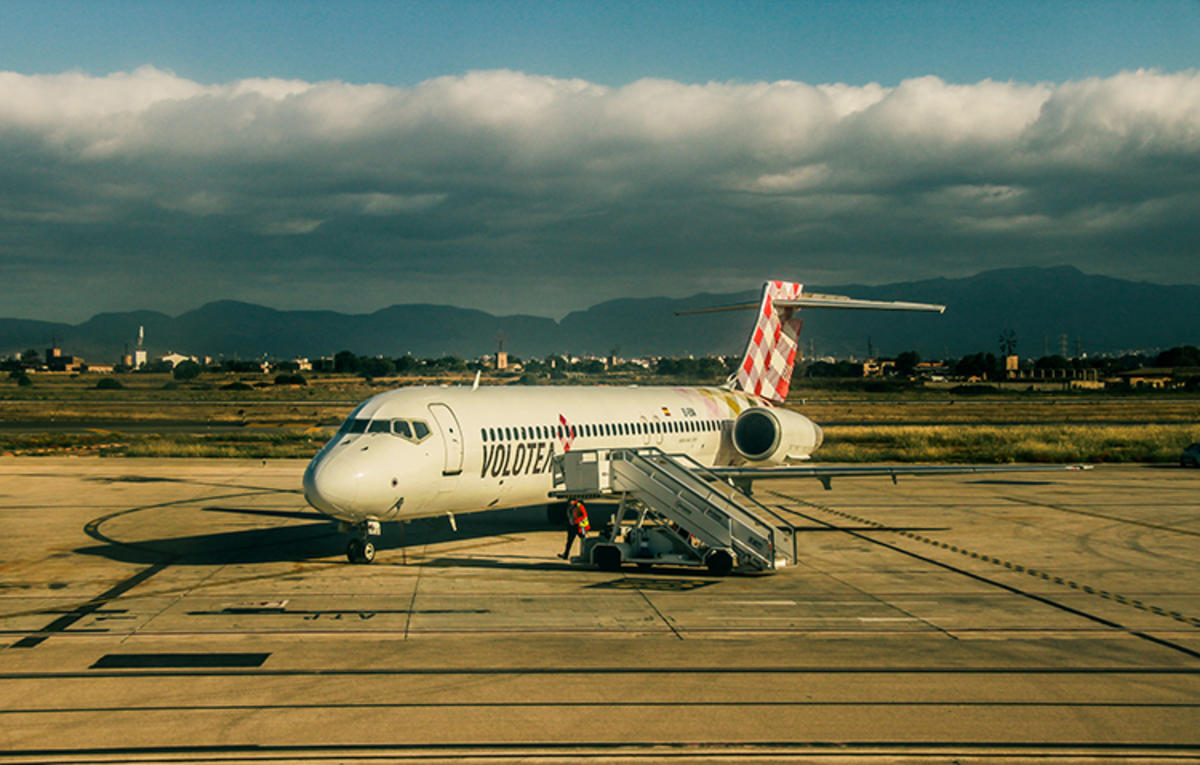 Set on the island of Mallorca, five miles (eight kilometers) from Palma de Mallorca, Palma de Mallorca Airport is the main arrival hub for visitors to the holiday islands. Annual passenger throughput last year was slightly short of 23 million, and its two terminals and runways have a capacity of 25 million. The complex is a hub for six airlines, including Ryanair, Air Berlin, and Air Europa.

The two terminals provide passenger services including banks, ATMs, information desks, and travel and tour operators. Two VIP lounges are located airside and there’s a good selection of cafés, bars, and eateries both airside and landside, including Henry J Bean’s and Restaurant Son Sant Joan. A range of duty-paid shops landside and duty-free outlets airside are offered, as well as car rental via seven companies including Hertz, Sixt, and Avis. A quality assistance service is provided on request for those with reduced mobility. Bus line 1 connects major points of interest, the port, and the promenade, and line 21 connects with Palma de Mallorca beach hotels. Taxis can be hired to take you to your destination.

Set four miles (seven kilometers) from Ibiza Town, this smaller air complex is the arrival point for flights to Ibiza and Formentera, and sees 86 percent of its 5.6 million passengers a year arriving in the peak season months between May and October. The airport offers flights to mainland business destination such as Madrid and Barcelona, and inter-island flights on a scheduled, year-round basis.

Iberia, EasyJet and Ryanair are its major carriers, between them offering flights to 17 UK destinations including London, as well service to Madrid, Paris, Lisbon, and Alicante. Thomson Airlines and Thomas Cook deal with charter flights, and a number of other mainly low-cost airlines fly to Milan, Verona, Amsterdam, Munich, Stuttgart, Geneva, Brussels, Oslo, Geneva, and other European destinations.

The single terminal offers car rental with companies such as Avis, Europcar and Hertz; adequate parking; several bars, cafés and fast food outlets; shops and duty-free stores; tour and travel services; and two ATMs. Onward transportation is by local city bus 10, which runs to Ibiza Town bus station and the port for Formentera ferries, while route 9 runs to San Antonio and San Jose. Metered taxis can be hired outside the terminal.

The single-terminal Menorca Airport is just three miles (five kilometers) from the island’s capital, Mahon, and handles 2.5 million passengers a year, most of whom arrive during the tourist season. Most flights from Europe are seasonal and operated by low-cost carriers such as Ryanair, EasyJet, Flybe, and Air Berlin, although regular scheduled flights to the Spanish mainland and European cities are supported. Thomas Cook and Thomson Airways provide holiday charter flights.

Car rental is available via five companies, including Europcar and Avis, and assistance including parking for the disabled is provided. Two cafés, a restaurant and several fast food places are offered, along with a selection of shops stocking leather goods, fashions, and souvenirs. Duty-free outlets are found airside and two ATMs are found in the terminal. Onward transportation is by bus line 10 to Mahon, and taxis can be hired.

Click here to learn about Travel Tips for the Balearic Islands