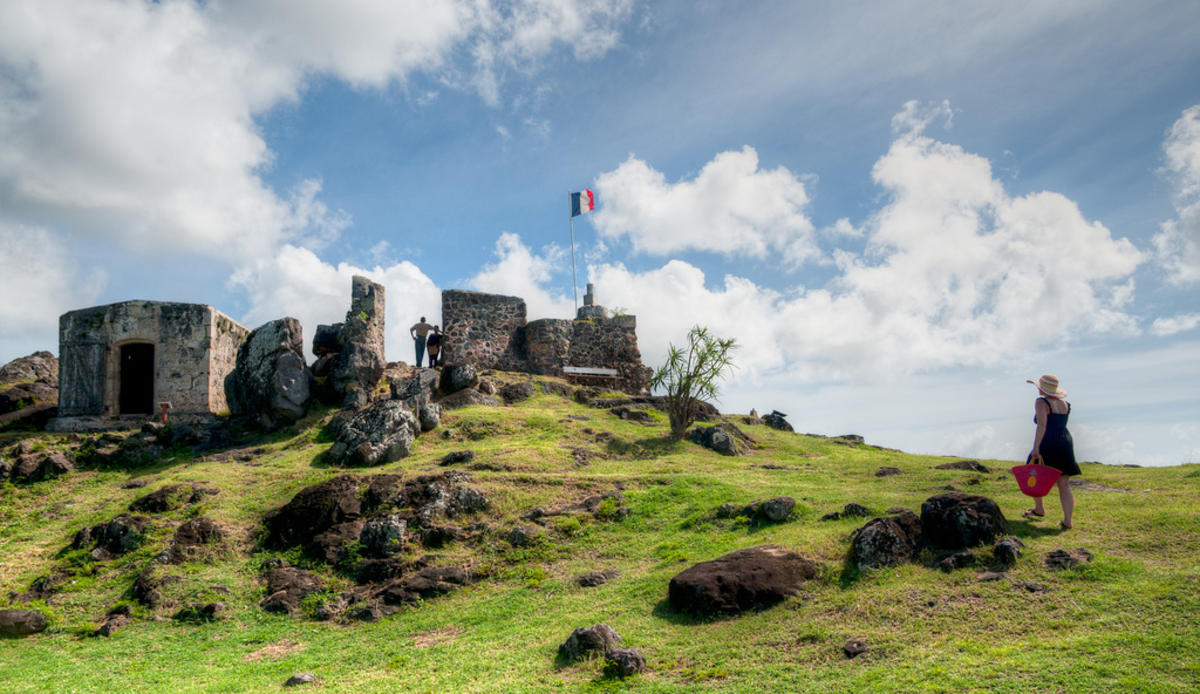 St Martin was squabbled over by colonial powers for decades before being peacefully divided between the French and Dutch, resulting in the unique border relationship these two nations maintain to the present day. Visitors will see many cultural influences on both sides of the island, with everything from French haute cuisine to the Dutch language on show in this unique Caribbean nation.

The first European to sight St Maarten was Christopher Columbus on his expedition of 1493. He named it St Martin, after St Martin of Tours, since the day he first saw the island was November 11, which is a celebration of the saint. Columbus immediately claimed the island for the Spanish, although he never landed.

Once St Maarten had been mapped, the Dutch and French took great interest in it. The Dutch saw it as a good point along the way to link their colonies in America, known then as New Amsterdam (which is modern day New York), and their settlements in Brazil at the time. The French had colonies in Trinidad and Bermuda, and wanted to colonize the islands in between.

St Maarten remained largely uninhabited until the Dutch formally founded a settlement in 1631, erecting Fort Amsterdam on the headland between Little and Great Bay in the south of the island, near modern day Philipsburg. The Dutch East India Company then began salt mining operations on the island, and as a result of British and then further French interest, the Spanish took heed and decided to exert authority over their claim from 1493.

Spain and the Netherlands were enemies at the time, and fought battles over a long period called the “Eighty Years” War’ between 1568 and 1648. Spanish forces attacked and captured the island of St Martin in 1633, but after defending it against the Dutch forces who wished to reclaim it, they eventually deserted the island after 15 years in 1648.

With St Maarten up for the taking, both the Dutch and French swept in to make claims. There was initial conflict, but then preferring a peaceful negotiation both sides, the two nations signed the Treaty of Concordia in 1648, officially dividing the island in two. For the next 170 years, small conflicts changed the border 16 times, until the present day boundary was established.

However, the border has never really been enforced, and islanders have always been free to roam both sides, a benefit also available to tourists today. By the middle of the 20th century, the government of St Maarten decided to shift its main economic focus toward tourism, an aspect which has grown and is now making the country a major tourist destination. This has had a huge impact on the demographics and cultural make up of the country since the population rose from 5,000 people up to 80,000 people by the mid-1990s, with most of the immigrants coming from the nearby Caribbean countries of Curacao, Haiti, and the Dominican Republic, as well as people from USA, Europe, and Asia.

The culture of St Maarten is a mixture of Dutch, French, British, and African heritage. Even though St Maarten and French St Martin are different countries, they share a similar history and heritage. Today, all school children on both sides are taught to be tri-lingual in Dutch, English, and French. The native ‘Creole’ population can trace their roots to Africa since their ancestors were brought here as slaves to work on the plantations.

You can gain a better insight into the intriguing cultural mix on this tiny island by visiting the St Maarten Museum in Philipsburg. It has exhibits covering the rich heritage of St Maarten and the island of St Martin as a whole.